Insomniac did their job

Spider-Man means a lot to me. I’m not going to go off on a tangent you’ve heard a million times about how Peter Parker is such an every man and easy to identify with: no, I’d rather share a personal story.

Games and other forms of media aren’t just mere entertainment. They can transcend boundaries and push art, and offer an element of escapism. For some that means control in a period of their life when they have none, and as a kid in the middle of a messy divorce, all the wise-cracking Peter Parker had to do was cheer me up: but his creators did more than that.

Spider-Man goes beyond your typical power fantasy. A lot of his strength comes from his resourcefulness, and his willing to push himself beyond the scope of his super powers to become something more. To some, he’s an inspiration. I’m glad that Insomniac Games got it right. 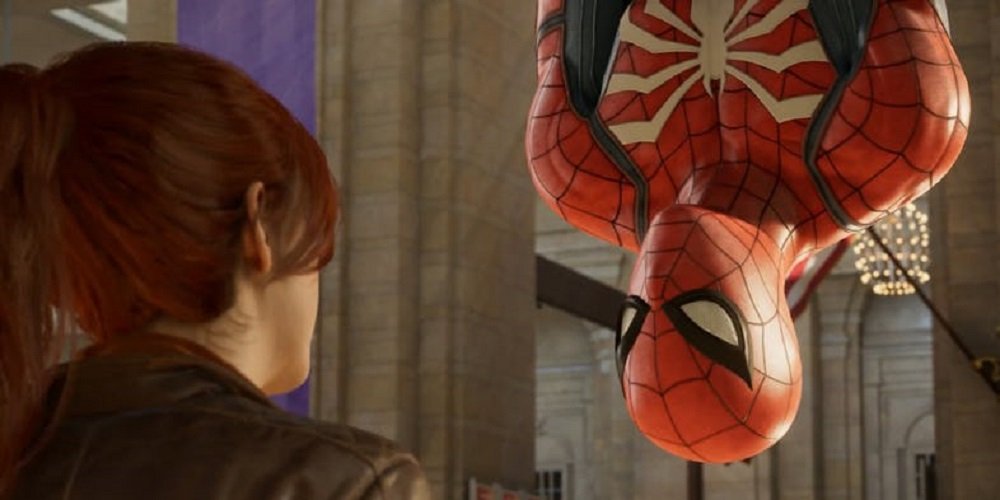 What I like right off the bat is that Insomniac, Sony, and the Marvel powers that be allowed this to be its own thing. It’s not the billionth origin story, it’s not based on the MCU, and takes bits and pieces of the mythos at will.

Within 30 minutes of the story Peter gets a call from his superhero contact, his day job, and his Aunt May. Insomniac has made it clear from the get-go that this narrative is about the many faces of Peter Parker, and that frantic focus helps ramp up the intensity, shaping the focus between major action sequences. He still has jokes (“don’t forget the hyphen between Spider and Man”), and that light-heartedness keeps the edge off, a welcome tonal shift compared to many other superhero romps.

Spider-Man is packed with villains (Kingpin, Vulture, Electro, to name a few), and given that Peter Park rivals Batman in terms of a quality rogue’s gallery, peppered in members of the Sinister Six is always a great move. It’s just on the cusp of packing in too much. By the time everything really goes down the narrative kind of rushes a few beats, but given that you can take your time and do some fun missions in the open world along the way, it breaks up the pacing.

It helps that you actually feel formidable while all of this is happening. Insomniac nailed the web-swinging, arguably the most important element of a Spider-Man game. “Web zips” with X are essentially air dashes, holding down R2 allows for control over swinging, and Spider-Man sort of bounds along any surface you slam him into, running up walls or sticking to ceilings when able. I’m sure plenty of time was spent fine-tuning all of this because it feels like a perfect compromise, something I’d call arcade realism. Even better, swinging into a scene is enhanced by the scope of the game, which plops citizen NPCs where they need to be to give each set piece weight to it.

Spider-Man is pretty much the ideal existing character to put into a game, and this project takes advantage. Combat runs on speed and as a result playing it for just a few minutes will make it immediately apparent how different it is from the pack. Instead of following the typical “combo, then counter” flow you can quickly web up an enemy with a gun, then punch someone in the face before they get their attack off, then grab that first guy’s weapon from afar and sling it back into his head.

My favorite part? Incapacitating dudes with webbing straight-up instead of having to pummel them. Aerial combos are key, which can be linked to a swift web grab to help you traverse the room. I’ve finished some skirmishes, even at least one boss fight, without ever touching the floor. Being able to use focus (super meter basically) to heal periodically makes you feel like even if you screw up the beginning of the fight you can still recover. 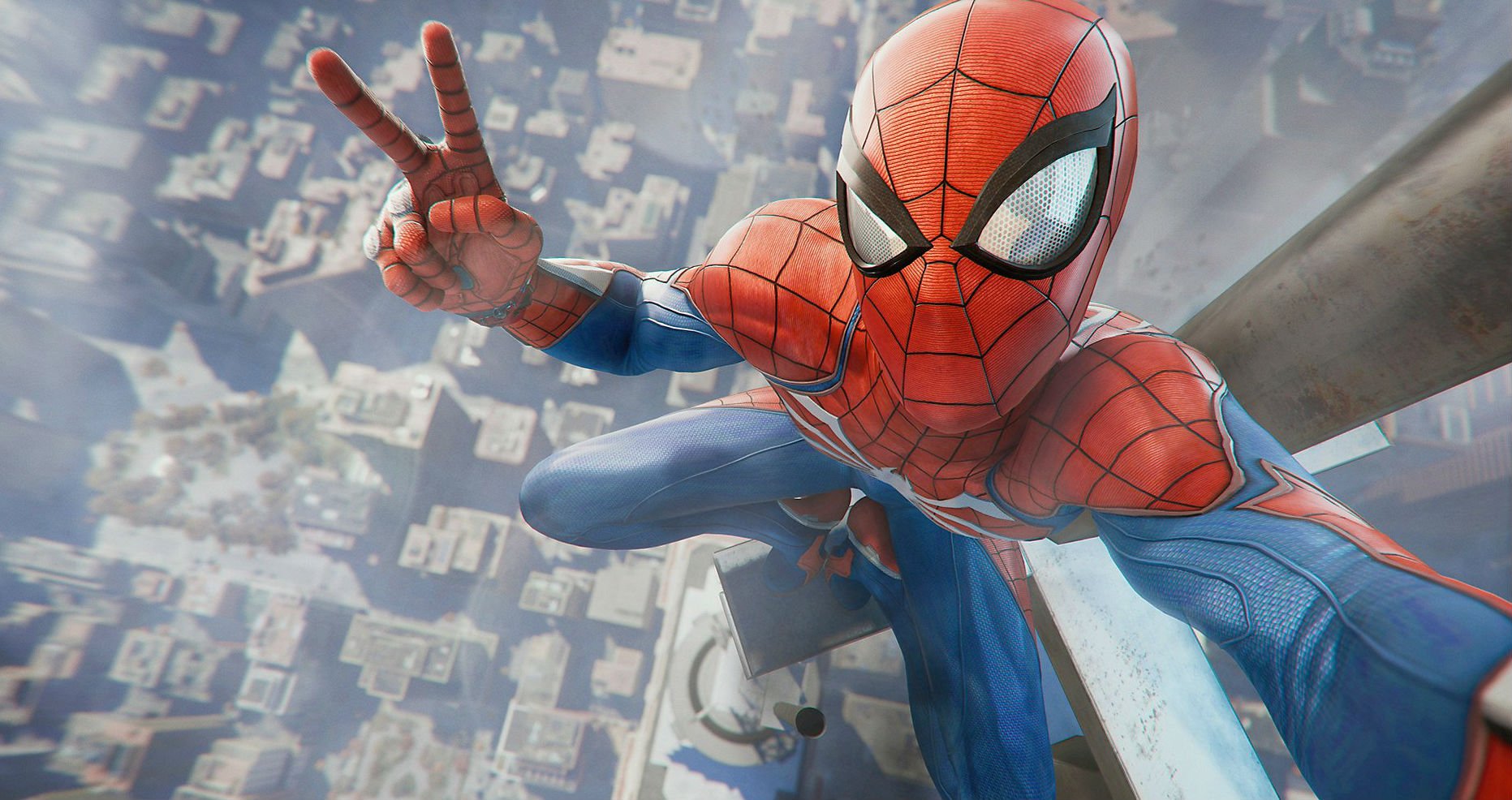 Upgrades are also elaborately done. You can level-up Spidey across three (tempered as to not create too much bloat) skill trees and create/mod 25 different suits. I’m a sucker for outfits and Spider-Man does them one better, as each one has a power, and after unlocking it, you can equip any ability on any previous suit — no worrying that the cool looking one you really like actually sucks. Gaining access to heavy-hitters like Scarlet Spider and Noir in the first few hours also avoids the problem of all of the good stuff unlocking at the very end. These costumes go to some pretty wild places too.

There’s a lot of heart at the center of just about every activity, even the open world ones that you might need a break from every so often. Collectibles are cute, consisting of things like a portable game system Peter once used during stakeouts, or the menu of the restaurant for his first date. You can high-five citizens for small amounts of XP and unlock an ability that lets you do aerial tricks while swinging. If you’re the 100%-er type, a quick R3 press queues up a convenient pulse with giant shiny on-screen beacons, preventing constant map checking. It’s the little things.

Do you still hate QTEs? Well, their minimal use in Spider-Man (mostly at the culmination of boss fights or big story missions) is fine. Pipe Mania puzzles and other assorted brain teasers are part of a micro minigame collection (following a quick required story sequence) that pops up occasionally in the campaign. Hard stealth bits (typically with Mary Jane) are short and sweet. There’s radio towers, too, and several enemy types are re-skins. So I got most of the minor annoyances out of the way: “minor” to me at least. I know some folks are going to get bogged down with the above, and there’s room for improvement. But a lot of it melts away after you’re zipping from building to building minutes or even seconds later. 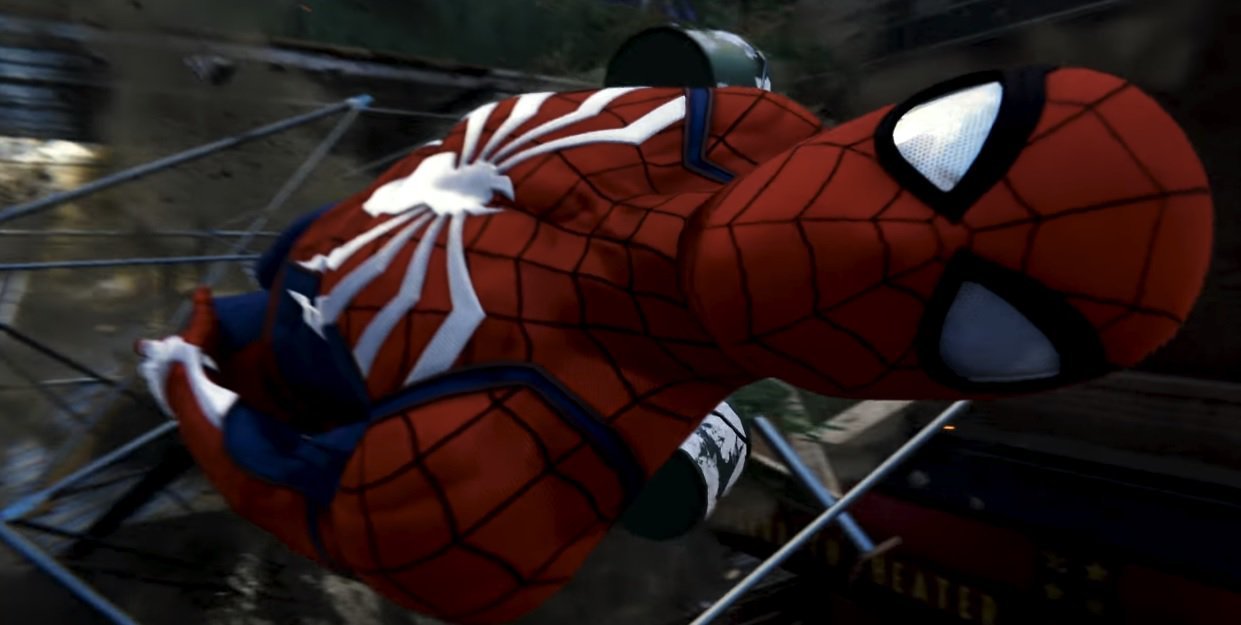 Spider-Man isn’t just a great superhero game, it’s a proof of concept for Insomniac as a company. This project shows that they can basically handle pretty much any universe, because if you can accurately recreate Peter Parker’s nimbleness and gentle heart you can do anything: and with multiple teasers at the end, I think they’ll get that chance.