Spider-Man has been mixed up in a heap of relationships over the years and most of them are messy.

Injecting one of them into a DLC of all places sets off all sorts of alarm bells, but Insomniac managed to keep The Heist grounded within the foundation of Spider-Man to allow it to momentarily shine. 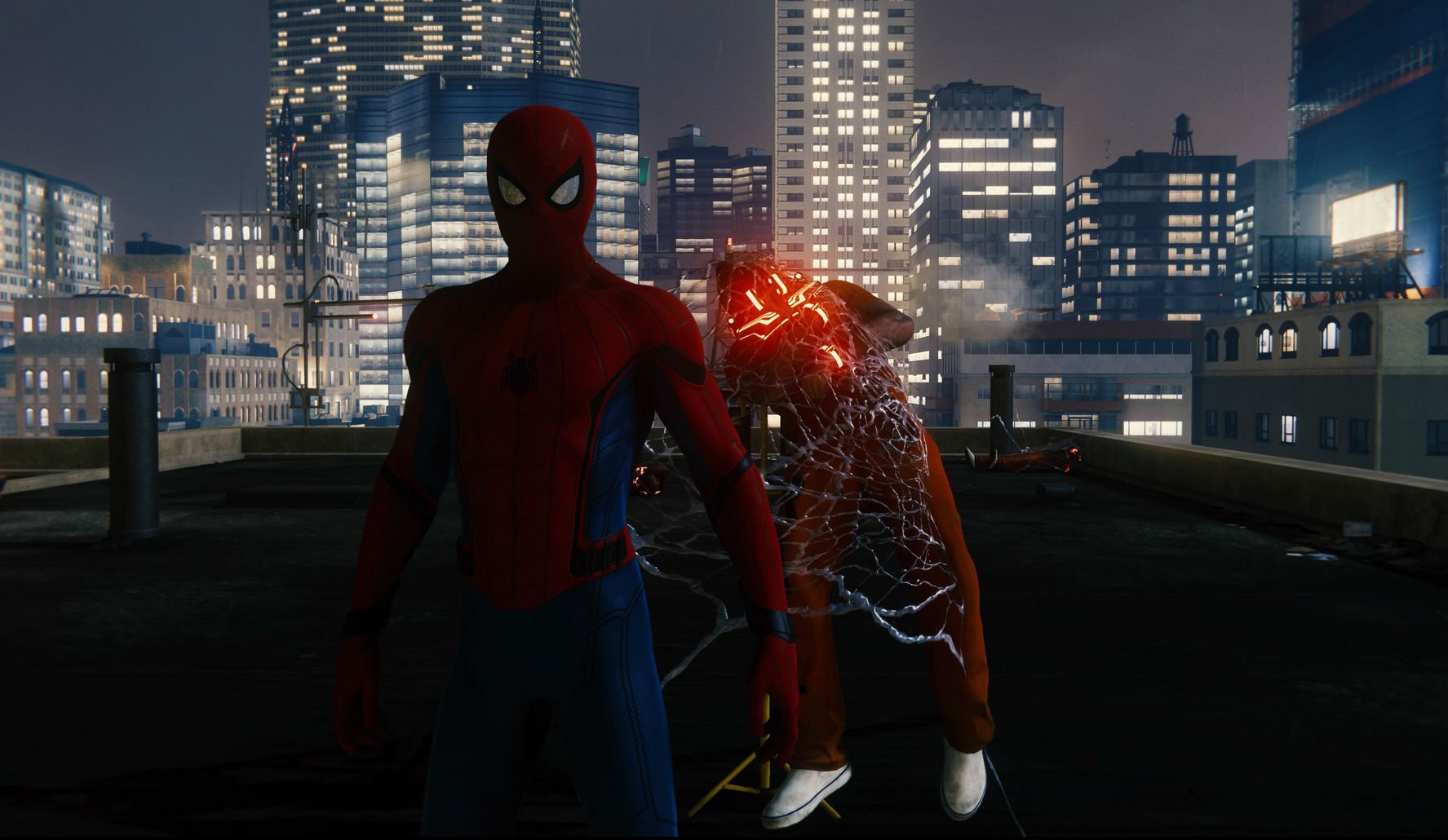 [To access the DLC, go into your save file, press the touchpad, then select “DLC” in the top menu.]

This one is MJ and Parker-oriented (easy, tiger) as they tango with Hammerhead’s mob amid the backdrop of an art house theft. After battling his way into the museum Spider-Man puts his detective chops to the test…scanning fingerprints.

It’s not the best intro, especially with the lack of any new puzzle types, but things quickly hit the fan and get more interesting; if not a tad kooky. The mob just busts through the front windows with SUVs and starts ransacking art, forcing a sort of micro-objective where you need to stop them from running off with them. The kooky bit comes in when you’re using some of said art (maybe it’s a new disposable Banksy installation) as environmental weapons.

The Heist tries to not be just another set of story missions but only ever so slightly. It’s something that would tank a lesser game’s DLC but Spider-Man is so fun to play it works. Having to juggle enemies running out the door with priceless artifacts to the tune of gunfire is hectic and fun, especially when Black Cat, old Spider-Man flame Felicia Hardy, enters the picture. A forever frenemy, the cat is just formidable enough to feel like a match for Spider-Man on multiple fronts.

Heist doesn’t just focus on that one museum thankfully, as most DLCs would. It shuffles around multiple locations, using the world map as its canvas. The main narrative can technically be finished in roughly an hour: but with some light you need to do a side mission here and there to get the story going again padding it stretches that out to two. There’s a few team-ups and a lengthy chase that are some of the best material Spider-Man has to offer to date. Limiting things to one traditional stealth sequence (another has a twist) is for the best.

It helps justify its existence with extras.  New mission types (defuse bombs with the Spider-Bot, recover stolen art, and remixed missions involving lesser known reality-lover villain Screwball) pop up on the world map with three rather garish costumes to boot. There’s some semblance of exploring the original Black Cat (Felicia’s father Walter), an MJ jaunt and more JJ rants. We also get some insight into Spider-Man’s naivete and motivations that simply fit the character.

Black Cat’s DNA was already spliced into side activities in Spider-Man so her appearance makes sense, even if the “to be continued” ending is a bummer (I guess that re-confirms that the DLCs won’t be standalone). It’s not the most explosive beginning, but it does feel like more of a natural extension rather than a tacked-on thing. As does the possible baby mamma drama.