Time to go back in the cave

It’s been eight years since the non-freeware release of Spelunky, but those layouts are still fresh in my mind.

This was the early days of the modern roguelike. The kinks were still being worked out by myriad developers, but Derek Yu had a cohesive vision that married the cacophony of chaos and challenge in a way that just…sung. 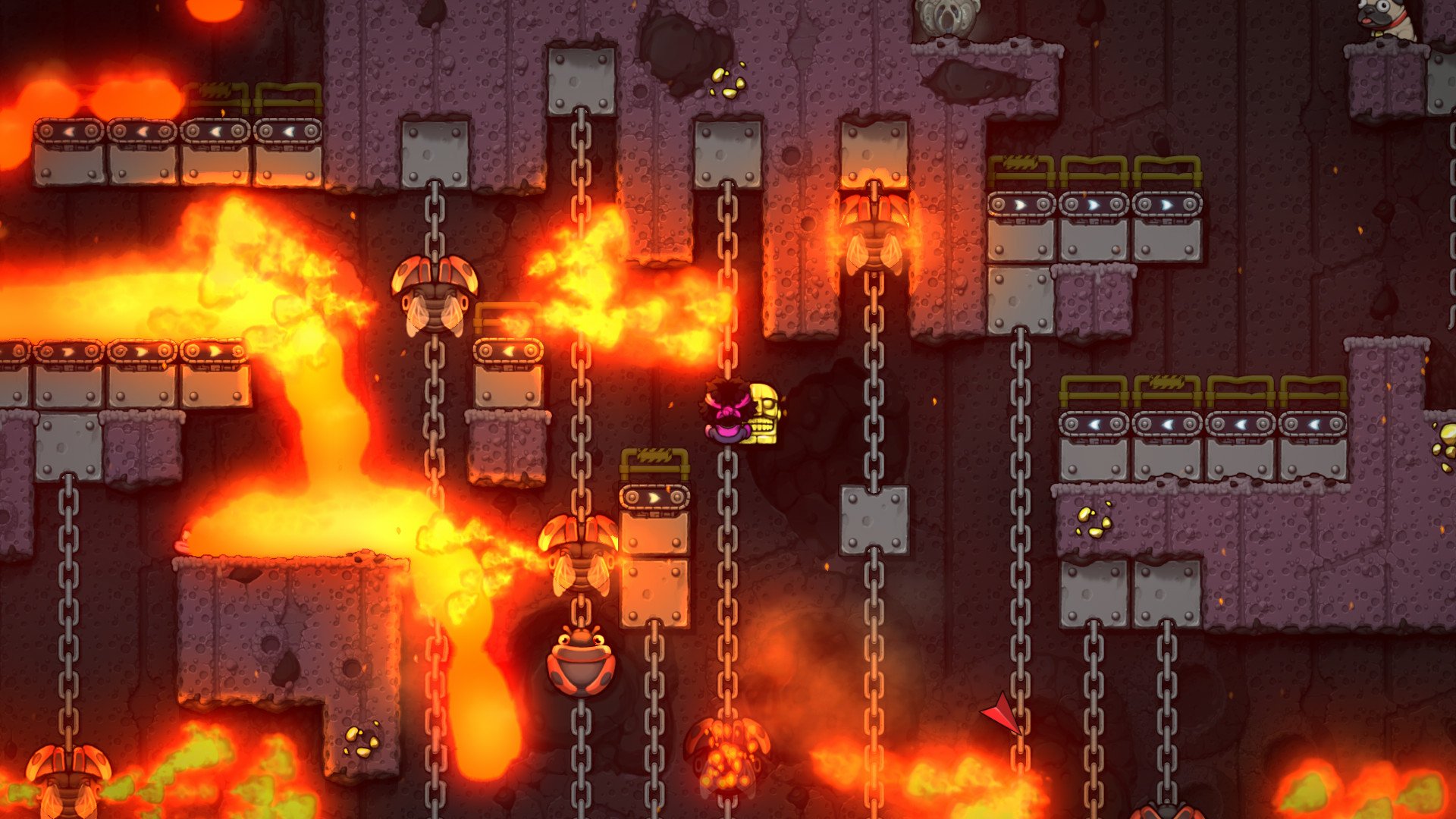 A lot of the sequel will feel very familiar, and that’s perfectly okay.

You’ll begin as Ana, an intrepid adventurer who lands on the moon in search of a mysterious relic of Olmec: a key mythological figure of the first game. There’s still a little tutorial room, a “hub” that you can use shortcuts in, all of that jazz. Light story segments are pushed through quick lore parchments, but that’s all fleeting; the bulk of the game is still about dying, exploring, dying, then dying some more.

The sequel’s general locomotion and mechanics are vaguely the same. You can jump, whip, throw up a rope/toss a bomb (provided you have the stock), and run. Every other ability is at the mercy of the items you have available to you during that specific run — and death means it’s back to the beginning, minus the shortcuts you unlock along the way. You can toggle off just about everything relating to the UI, as well as customize the avatar of your pet (dog/cat/hamster) and all of your controls.

Your wits are once again the strongest tool in your arsenal. New things are going to jump out at you and surprise you — often to the point of frustration. My colleague Jordan and I were particularly irate about instant-death bear traps, several of which are 99.9% concealed by terrain. You even need to watch out for innocent-looking plant-life more than usual, as there’s an extraordinary amount of one-hit kill traps now. The adventure is also a bit longer, with one very lengthy portion that doesn’t allot any traditional shortcuts. Developer Derek Yu is fiendish.

Then minutes (or even hours) later, it can all click, if you let it. I’ve mentioned the similarities several times now, but playing through the sequel, in some ways, was honestly like learning a whole new game. I had to remember to look out for arrow traps again, sure, but with a brand new outlook amid a ton of other kinks like mounts and extra items to micromanage. This is all accompanied by sharper, more emotive visuals, coupled with a soothing and memorable soundtrack. Sometimes I paused the game just to listen to it, unfettered by all of the denizens of the cave nipping at my heels.

The main adventure is pretty much all I’m going to need for a few years, but you can also go on a seeded run (a specific dungeon), take on the daily dungeon challenge, or opt for an arena battle mode for up to four players. Online play is available in Spelunky 2 on top of local concessions, but it was not available for testing for the purposes of this review.

The arena mode is still interesting! There’s 40 maps (with four size options), with two game modes: deathmatch and hold the idol (oddball). Smash Bros.-style, you can change the timer, amount of wins, lives (stock), health, amount of starting bombs/ropes, item toggles, and even the stun time. Oh, and the ability to add up to three bots is in, as well as the toggle to go free-for-all or choose teams.

It’s fun! I wouldn’t necessarily say that Spelunky even needed another arena mode, but I’m glad it exists. Sometimes after the rigors of a bad run it’s neat to just dive into a low-key battle and duke it out with bots or friends. It plays out exactly how you’d expect, as Spelunky isn’t exactly a technical action game, but there’s enough silliness and big explosions to make it a party hit. 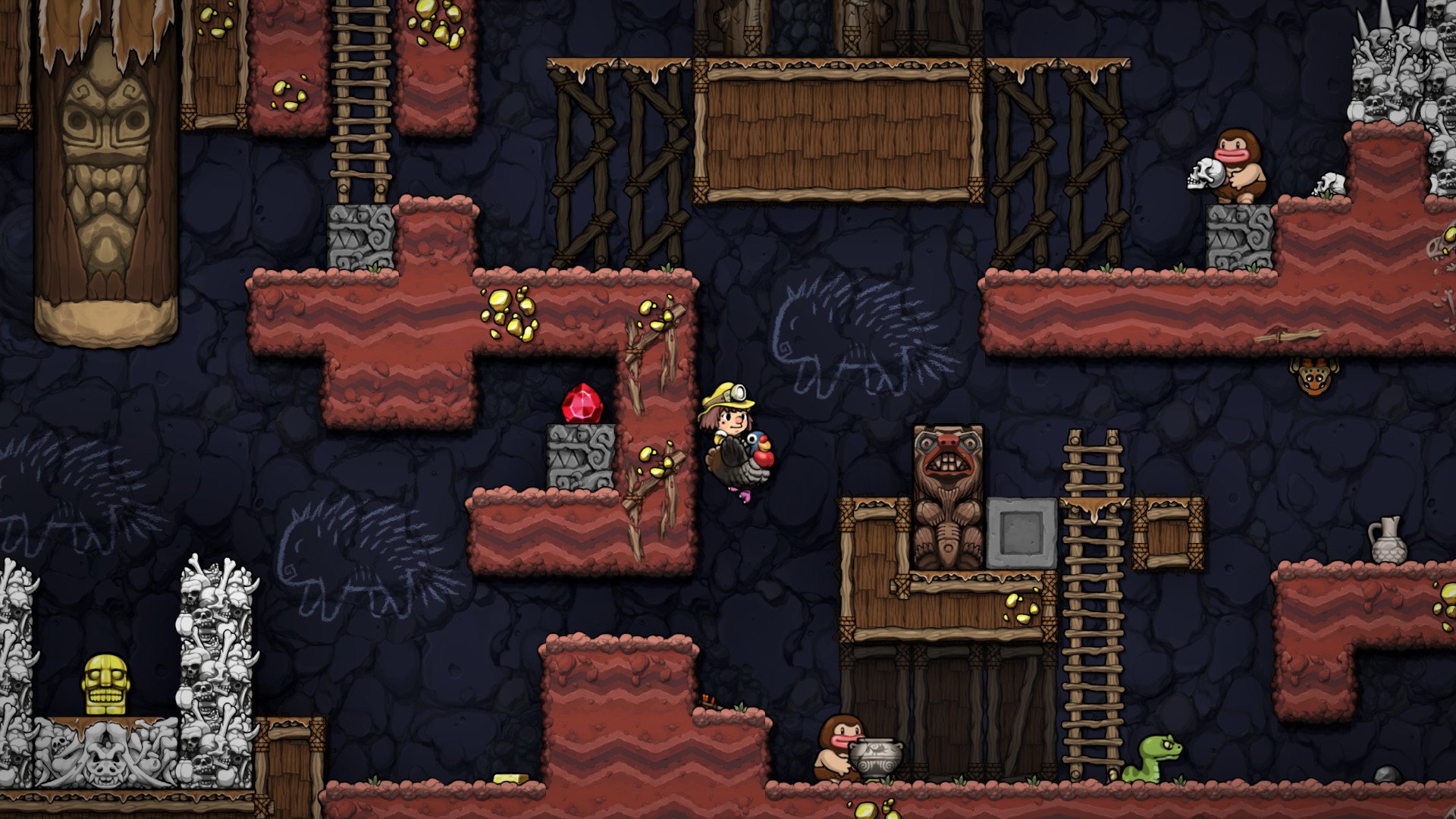 Spelunky 2 is more Spelunky. It doesn’t wildly reinvent the formula, and even brings back a lot of the same hazards and enemies that tormented you the first time around. But it innovates ever so slightly in so many ways to help give this sequel its own life. Either way, it sucked me back in.