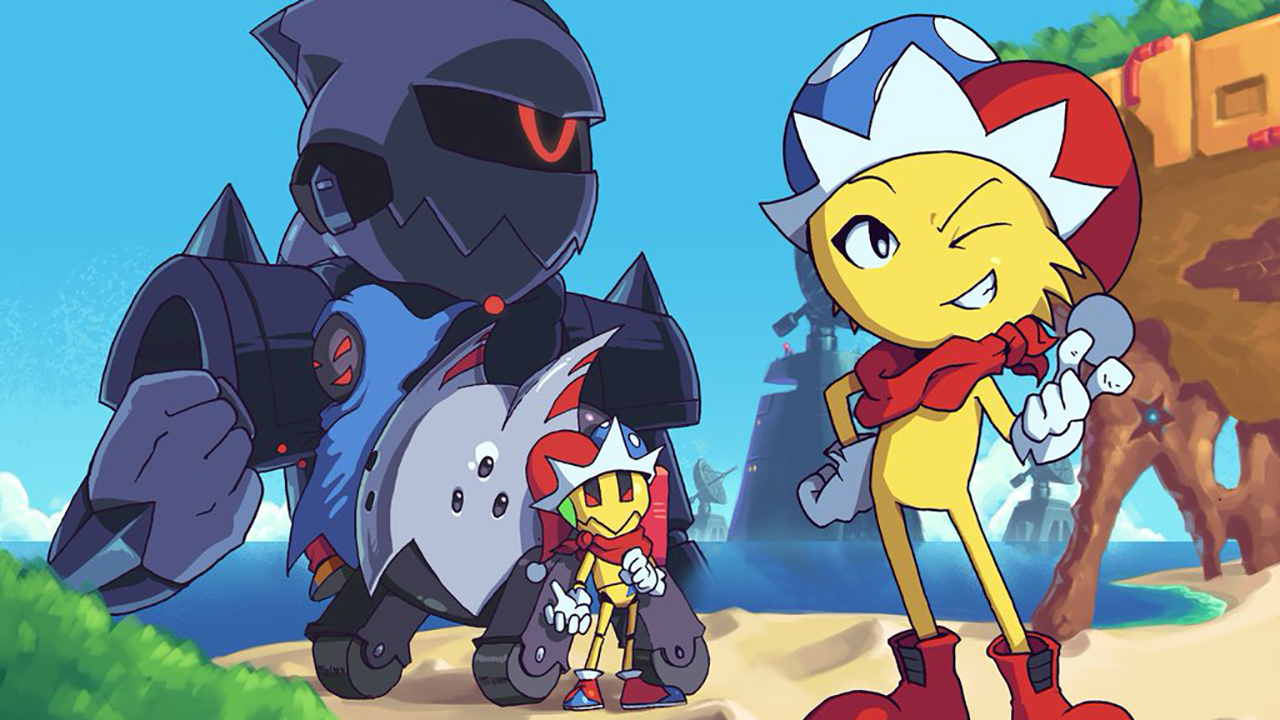 When Sega don’t, indies does. Or something like that.

First, we got the furrylicious Freedom Planet, which is sold well enough to warrant a sequel, and now we have Spark the Electric Jester that combines the best parts of Sonic & Knuckles with the best parts of Kirby’s Dream Land.

Does it do it well? You’re god damned right it does. 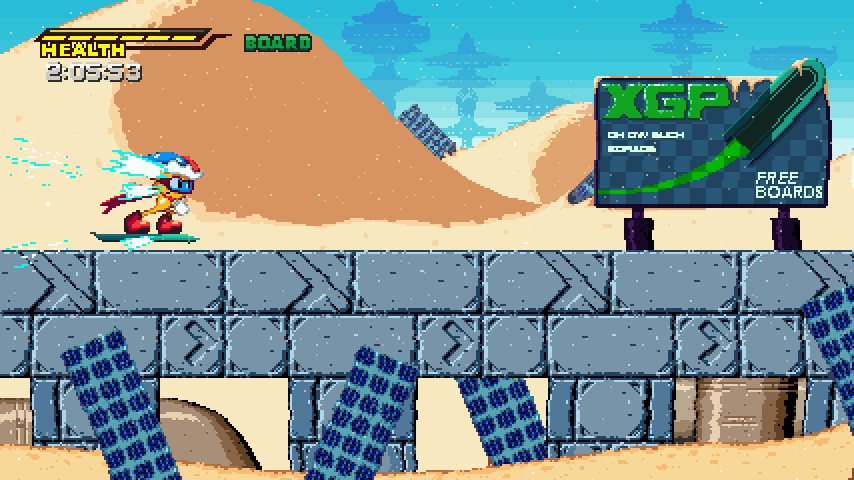 Spark the Electric Jester is about an electric jester (whatever that is) that loses his job to a robotic clone of himself. So he does what any sane red-blooded American electric jester would do and sets out to kick the ass of the scab bastard that stole his job, before getting pulled into a plot to save the world from evil sentient robots. Yeah, it isn’t the most interesting plot, but it is peppered with a few scenes where characters show their personalities, make cheesy jokes, and even say some swears (nothing worse than this review says). There are also a handful of animated cutscenes that are the right amount of low-grade animation to perfectly fit the fun tone of the game.

But you’re not here for the story, you’re here because you ‘gotta go fast’ and boy can you. Not only can you get running at speeds faster than the Blue Blur himself, but you also can find various powers which are reminiscent of the Kirby series. Spark starts with a basic attack, which includes a charged attack that shoots a projectile, but he won’t be using that much throughout the game, as powers are plentiful and far more useful.

Unlike the powers found in Kirby, each power in Spark the Electric Jester has multiple benefits and moves. The perhaps cynically named “Edgy” power lets Spark double jump, slice three times in a row with sai blades, run up flat walls, throw three sai blades when charged, and when his combo meter is filled Spark can unleash a powerful explosion; all that in just one power. Other powers include an anti-gravity power that lets Spark fly, a magical power that is basically the Star Rod from Kirby games, an overpowered fire ability that lets you punch, kick, and blow fire in any direction, and more.While Sonic the Hedgehog 3 & Knuckles had a few minor powers, they were nothing as in-depth as these.

These powers make all the difference in this game, without them it would just be a serviceable Sonic clone, but with them, it sets Spark at what I’d consider equal or better footing than the classic Hedgehog titles. Yes, you read that right, I think this game is as good as the Sega Genesis Sonic games, if not better, and I hold those games in very high regards. I’d even put Spark’s soundtrack on the same level, just give it a listen if you don’t believe me. Ugh, I get chills just listening to it.

The levels seem to be a bit longer than any of the classic Genesis series, and flow together quite well as you’ve get to control Spark as he goes between them. It makes the whole experience feel a lot more structured than the way you’d seemingly jump around in Sonic games. A minor touch, but the little things can make a big difference. The level designs are great, apart from the first level which is a bit bland if not ugly, and a kind of disjointed. However, as the game goes on literally everything about it gets better from the art, to the various bosses, to the (ancient term time) fun factor. 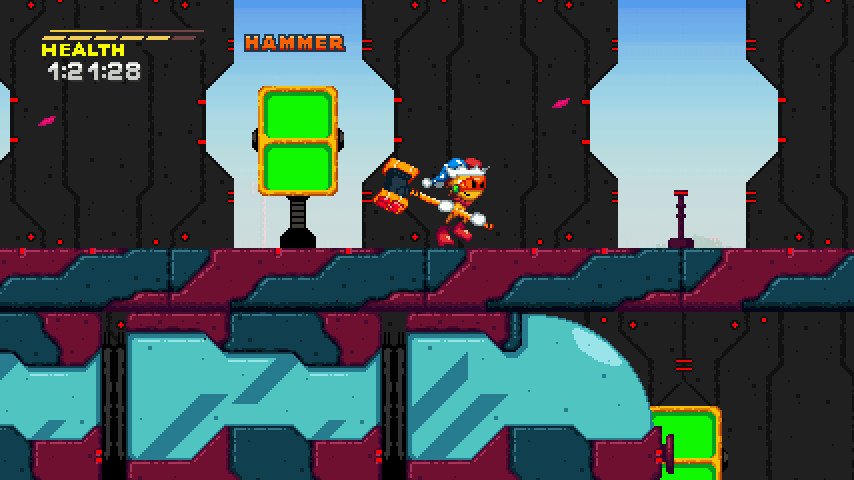 I was thirsty for more once I finally completed the game after just over four hours, and lucky for me there is more. A lot more actually. Upon finishing the game you unlock a new mode with a different character who has less health, his own move set, and unique story that takes place after Spark’s story. The initial playthrough isn’t all that challenging, but this unlockable mode certainly ups the ante not only thanks to the smaller amount of health, but all new bosses, and some new paths and level designs. But wait, there’s more. According to the menu, there are two more modes to unlock. I asked the developer to spoil them for me and I’ll just say there is another way to play through this extra story and a challenge mode.

As you can see, for $15 you get not only a great game that deserves to sit alongside the Sonic the Hedgehog games as an equal, but a plethora of content and playtime. Spark the Electric Jester takes mechanics from two of my favorite series growing up and combines them into one fantastic project that deserves the recognition I’m giving it. It might be uglier than Freedom Planet, but otherwise, it is an all around better game.

Oh, and I’ll say it for you, “Nintendo Switch port when? Please and thank you!”