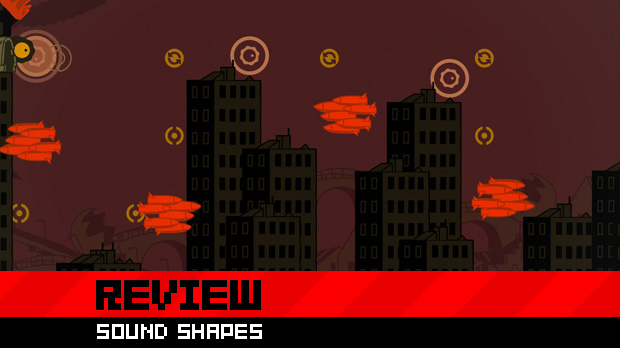 Innovation. Smart developers seek it out in the hopes of capturing lightning in a bottle: that one grasp at a title that will delight and entertain the masses with its unique, fun take on a familiar theme, heightened through innovation.

Sound Shapes treads familiar ground, but combines ideas in a seemingly innovative way to evoke a new love for something we may have seen before.

Problem is, it doesn’t always work out that way. 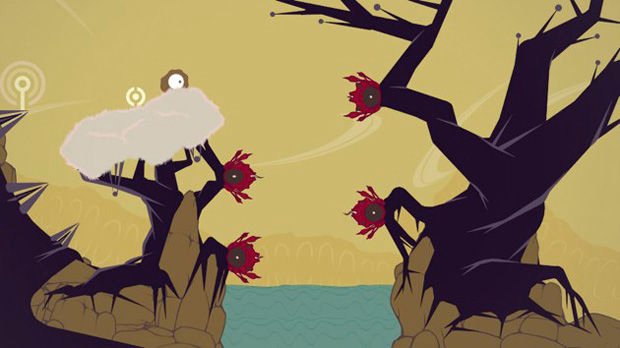 At its simplest, Sound Shapes is a platformer, where gathering coins add notes to an overall musical score that permeates the level. Each piece you collect builds the musical composition, and environmental objects bop and wiggle to the beat to further fuel the cacophony of rhythm. You maneuver a small blob through 20 levels, each based on a musical composition by artists like Beck and deadmau5, with accompanying artwork by PixelJam, Superbrothers and others that compliments the tunes and fits the style of the musician and their compositions. There are five “albums” which all have distinct graphic styles and contain between three to five songs each.

The platforming is fairly basic. You roll your little blob around, jump with X, and you can boost with square or the right shoulder button. However, when boosting, this also drops your weird little blob aura, which lets you to stick to certain things. This allows for a certain strategy in maneuvering through the levels, but nothing too brain bending. There’s really only one hazard in the game: the color red. Anything red, once you touch it, kills you. However, the game is fairly forgiving, with multiple respawn points in each level. It’s like a simplistic form of LocoRoco, just with building music as the main level goal.

Levels aren’t particularly difficult, but some designs are truly inspired, while others are sadly quite flat. The Beck levels in particular are some of the most amazing and engaging levels I’ve ever had the pleasure of scooting a little blob thing along to. There are sections of his songs that have minimal lyrics, and in certain settings, these lyrics come alive as platforms that spawn, swivel, and die out until the chorus repeats again. It’s a neat bit that I wish was repeated more in the other levels. 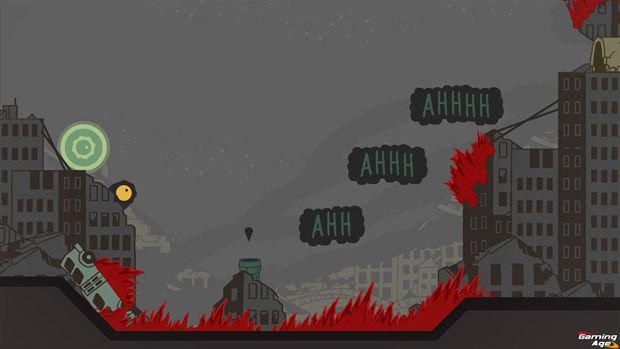 As you capture each note coin and build up the music, you’re also collecting the environments and beats to be used in the level editor. While it’s no LittleBigPlanet, there’s a certain satisfaction to creating a sequence of music that builds as your gather items. There’s already a nice little community effort, and some familiar non-Sony tunes have made their way into the stages that can be downloaded. Again, there’s not a whole lot of innovation going, but there certainly is the potential for it.

Sad thing is, I think that’s one of the problems with this title. Sound Shapes doesn’t quite reach its potential. There are some truly great level designs here (some with the occasional ship to pilot, avoiding hazards in space or water) but there’s not enough of them, and before you know it, you’ve finished the main campaign. In fact, the majority of the level designs are more of a chore to grind through than the occasional visual and auditory delights. There are only three Beck levels, and of those, truly only two are worth playing, as they’re the best levels in the game.

Granted, after beating the main campaign, two new modes open up: Beat School and Death Mode. Beat School plops you in the editor and gives you a song. You then have to plot out the song yourself, guessing what notes the song is playing to create it. Death mode is the campaign all over again, but now with a timer and the added objective of forcing you to grab every note collectible in each stage. Both are unique, but more levels with compelling designs would have been more welcome. 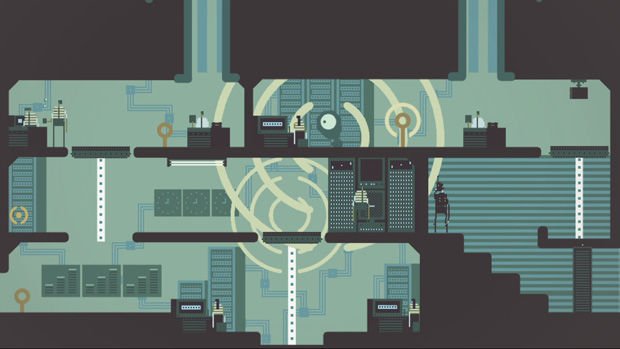 I can only hope the community breathes some life into this title. While the few songs that are included are a decent afternoon distraction, in the end, it feels like a wasted effort; the illusion of innovation wrapped in the familiar shell of LocoRoco, LittleBigPlanet, and to a lesser extent, Frequency. Innovation is one thing, but familiarity breeds contempt.