With the amount of role-playing adventures I’ve journeyed through in my life that culminate in apocalyptic showdowns, I’m a little tired. Save the world, rinse, and repeat. It’s so rare that a Japanese RPG deviates from this path. Perhaps it is why I mostly enjoyed last year’s critically panned Time and Eternity. The game was a mess — both in gameplay and with its unnecessarily perverted sidekick — yet amidst its troubles I found its overall theme refreshing.

We live in a world full of problems: some big and some small. And while they may all not be the most altruistic, it doesn’t change the fact they still may be important or, at the very least, interesting subject matter to us. This is what Time and Eternity excelled at, and it’s something Sorcery Saga: Curse of the Great Curry God does even better.

Besides, saving the world is overrated. 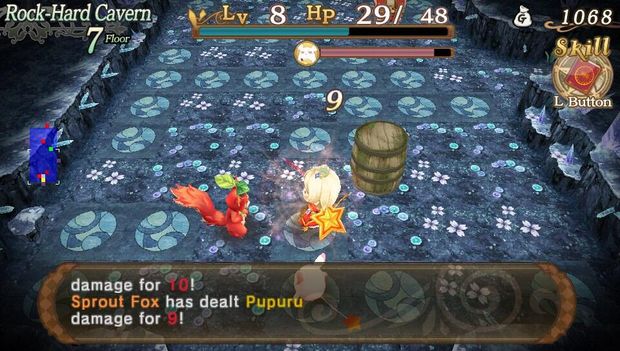 Sorcery Saga tells a story that is about as light-hearted as it gets. Pupuru, a recently suspended magic school student, loves nothing more than the delicious curry from Smile Curry. It’s the local restaurant that is facing tough times due to the new mega trendy chain store that has opened up in town. Sort of like the Starbucks of curry shops, this corporate conglomeration is running out all the local competition with its cheap and quick curry.

Luckily for Pupuru, and her local shop, she’s happened to come across a magical book with the recipe for the “Ultimate Curry.” It’s the one thing that can save her favorite delicatessen – and something that requires Pupuru to embark on an epic quest to gather all the necessary ingredients. Though she may not be saving the world, she’s saving her world and it couldn’t be any more delightful.

If you dig lighthearted anime, then you will be right at home with the game’s narrative. Ever since 999, Akysys Games has consistently delivered excellently penned banter. The game’s cast of characters is quite ridiculous, but I often found myself laughing at the absurdity of every situation between dungeon crawls.

Perhaps my favorite side character was Gigadis, an evil lord from the netherworld and stalker of Pupuru. His brashness and idiotic ways can be cringeworthy at times, but it’s of no fault of the localization. The guy just constantly puts his foot in his mouth and is borderline creepy with his failed attempts to get Pupuru to fall for him (kind of like the vampire dude from Twilight — editor’s note: this comes by way of my girlfriend). Additionally, his overly cocky theme song — comprised of broken English — championing why he is the greatest ever, is another reason I couldn’t help but root for the buffoon.

Alas, while you will spend a decent amount of time pushing through the game’s story segments, the meat of Sorcery Saga is not nearly as sweet as the rest of the game’s presentation. At its core this title is a hardcore Japanese roguelike. Similar to games like Shiren the Wanderer and The Guided Fate Paradox (one of my favorite titles from last year) the majority of your time will be spent grinding away through the depths of many punishing dungeons. 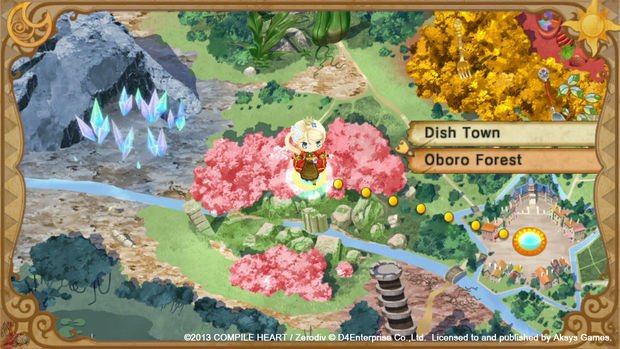 Roguelikes are known for their often unfair difficulty spikes and Sorcery Saga is no different. The game starts innocently, as it warms players to its subtle nuances that separates it from others in the genre, but by the time the third dungeon is reached you can expect more than a few occasions that make you want to toss your Vita in disgust.

Death can come swiftly without notice, no matter how prepared you are. The game incorporates all the nastiest staples of the genre and it’s not afraid to pile them on and make you cry. There are enemies that can walk through walls; randomly overly powerful suicidal creatures; traps that cause status ailments; random floors that take away abilities (like using items or spells); and random floors filled with overwhelming amounts of monsters. The sense of elation when you overcome the odds is one of the greatest gifts the game can instill in its players, but sadly dying and losing all your on-hand inventory is an all too frequent occurrence.

The game does do a modest job in bringing a sense of freshness to the genre with its cooking system. Along with dropping weapons, gear, and other useful items, defeated enemies drop basic ingredients for creating your own delicious curry. Collecting these items in each dungeon, and then bringing back to Curry Smile, will grant Pupuru with guaranteed recipes she can execute in a dungeon when no enemies are present. You can still attempt to mix ingredients without recipes, but often the results end in inedible disasters. 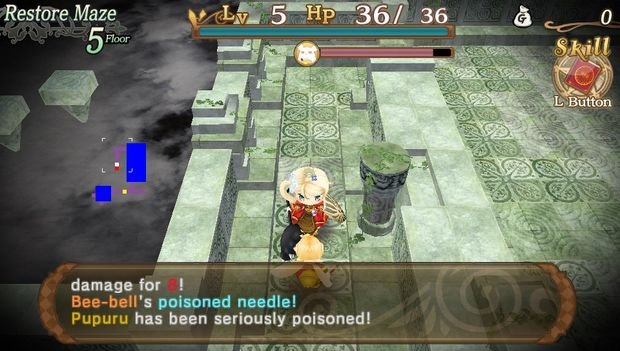 Where cooking comes in handy is in the status buffs it can provide for Pupuru and her A.I.-controlled partner Kuu. Cooking the right curry recipe can make all the difference in successfully navigating any one of the game’s tumultuous floors. But luck still plays a major factor since the status isn’t permanent and food can rot as well.

The other standout feature to Sorcery Saga is Pupuru’s bunny-like companion Kuu. He fights alongside of you in dungeons and is quite handy when he behaves properly. Like Pupuru, he begins each dungeon at level one (it’s a roguelike thing), but how he gets stronger is all up to the player. A garbage disposal of sorts, Kuu levels up from all the unwanted items you feed him. The types of items you toss down his gullet additionally grants him extra skills (like weapon forging) that can make all the difference in escaping the game’s later stages.

My only real complaint of Kuu comes from the way he sometime just does what he wants. He can often get stuck on an obstacle, and subsequently left behind. You need him alive to progress floors, so when he goes off and dies having to backtrack for him and can be quite costly. He’s a great companion when he’s by your side, but he can also be your worst nightmare  — especially when he’s starving, since his hunger pangs attract monsters. 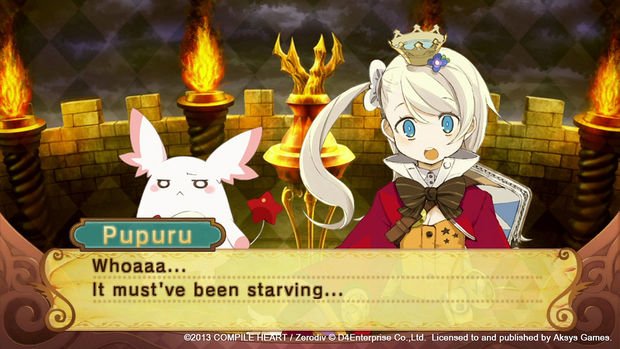 The only other thing that irked me in Sorcery Saga was the random slowdown that would hit the game at times. When you look at the game’s visuals, you can’t help but think you’re playing an uprezzed PS One game — which makes this phenomenon all the more strange. It’s never to the point where it makes the game unplayable, but it’s frankly inexcusable for a game with such simple graphics.

In the end, Sorcery Saga was a title that took me by surprise. It may not the best of games, but it’s far from the worst. Its lighthearted nature is hard to recommend if you’re not a fan of the genre, but if you’re willing to try something a little different, there’s enough delicious pleasantries served throughout to satisfy anyone’s dungeon-crawling cravings.