Okay well he had a trademark misstep with Forces, but the charm of Sonic Mania and its subsequent cartoon are undeniable: enough to muster an appreciation that will cleanse the world of the fire of 3D Sonics for quite some time.

Sonic Mania Plus is more of that gooey goodness. 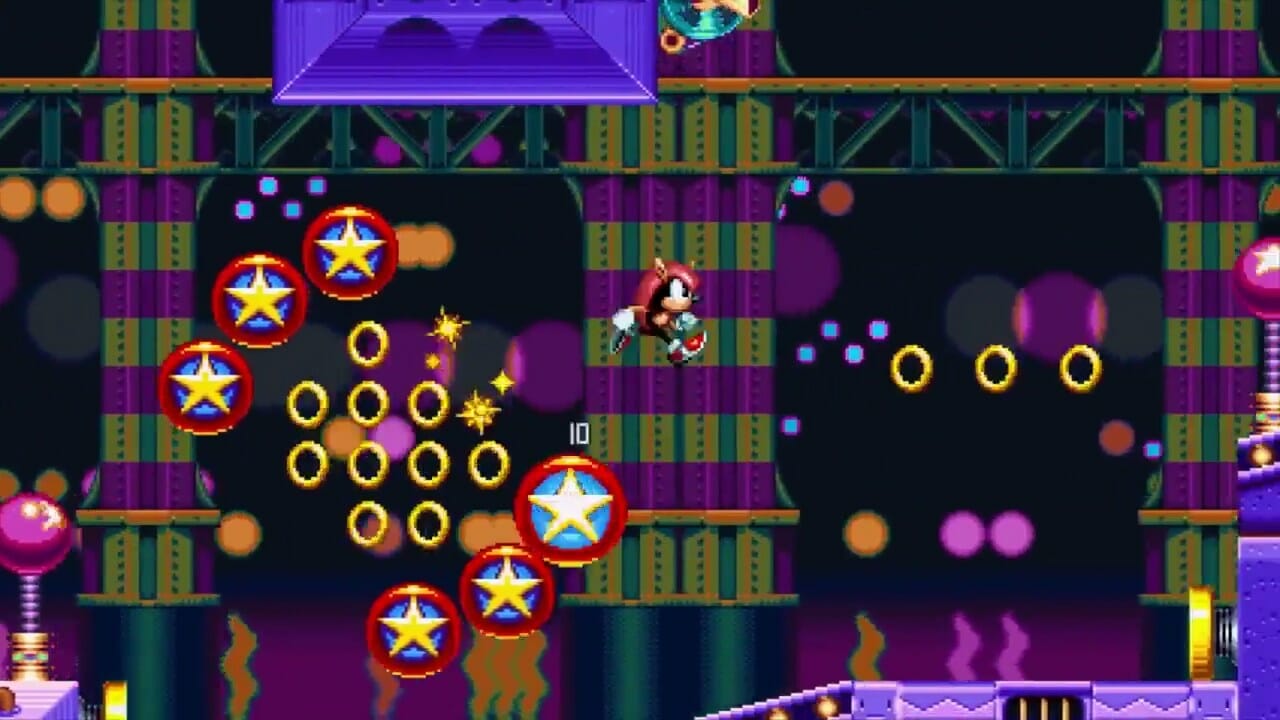 Plus might look like a hard sell given that it’s a minor DLC enhancement (an uber update, really), but given how effectively it gets its tendrils into Mania‘s core and makes everything a little bit better, it more than does its job.

Now instead of three characters you have five. Rather than one main campaign to replay over and over, you have a remixed new game plus of sorts, dubbed “encore.” Oh, and there’s expanded four-player support for time trials and ghosts. It’s exactly the kind of thing you probably pined for during the Genesis days and never got.

This whole Plus-ing up conundrum really drills into the nucleus of why DLC has effectively elevated so many projects amid the storm of greed like Real Money Auction Houses as “ongoing support” and grubby microtransactions that add a gambling element disguised as “games as a service” benefits. Plus is innocent and insulated from all of that madness. The DLC just sits. It shows us how to just sit here and that’s what we need.

It’s been roughly a year since Mania‘s initial release, and having beaten it twice since then I’m happy enough with encore. Level beats are actually remixed enough to warrant a second playthrough, just keep your preconceived notions of stumbling into Sonic Mania 2 at the door. I can easily see going back to both the original campaign (which is still alive and not folded into one eldritch horror of a mode) and encore every year or so in perpetuity.

It’s new characters — fondly or not-so-fondly dubbed “friends” in the Sonic-verse — are fine. Mighty the Armadillo is mostly Sonic but with a cool jackhammer stomp move, and Ray the Flying Squirrel is a good boy that I’d protect with my life. Seriously, just one look at his stoic face as he flies through the air and you’ll feel the same. Ray operates on a gliding principle similar to cape/feather Mario from Super Mario World, and it’s great. He’s able to soar to medium heights, and he’s vulnerable while he does it. He’s balanced and I wouldn’t mind seeing more of him.

For five bucks as a digital upgrade all of these Sonic Mania Plus additions are a no-brainer. Sure, encore and maybe the multiplayer updates would have been added as free DLC in some circles, but the new characters and the package as a whole props up one of the best platformers of 2017 for a more than reasonable price.