I’m dating myself here, but playing Sonic CD again really took me back. It took me back to a time when I had saved up money from my part-time job (and borrowed a bit more) to buy that really ugly Ver. 2 “sidecar” Sega CD attachment for my Sega Genesis. It was a lot of money, but I was so happy. Seeing that full-motion video in Sewer Shark was a thrill, but what I really wanted was upgraded experiences that were even more spectacular than blast-processed 16-bit goodness that I had fallen in love with. What I really wanted was to see the evolution of Sonic.

Sonic CD didn’t turn out to be quite the evolution I dreamed of (that nightmare would come later). It turned out to be a lot like the Sega Genesis Sonic titles. But the cool perspective tricks, time travel gimmick and the slick CD audio soundtrack were enough for me. And I must have watched the fully animated introduction movie 50 times. Somehow this became my favorite Sonic game. It still is.

Now Sonic CD is a digital release on Xbox Live and PlayStation Network. Times have changed. 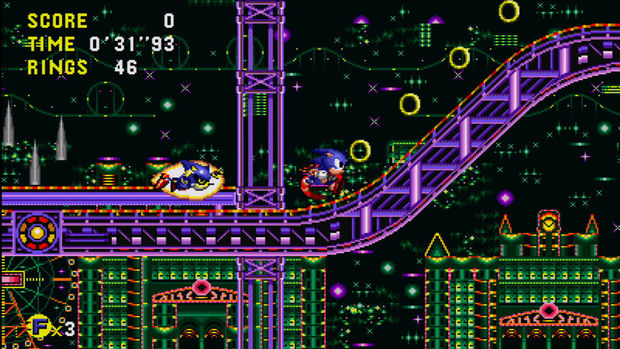 The power of CD storage didn’t bring anything new to the Sonic franchise. Sonic CD was still a 16-bit title, and it ended up looking a lot like the previous Sega Genesis releases. The ‘new’ came with the game’s time-travel mechanic. In the game, if Sonic runs past a marker and hits top speed (how very Back to the Future!) he can jump to either the future or the past to explore an alternate version of the stage, which could be slightly better or worse than the present-day version. Rather than just running through stages to get the most rings and the best time, players could visit the past to fix the future. This made for a Sonic with a bit more depth than its predecessors.

In my mind, Sonic CD was notable for another reason. I don’t know if Sega thought that adopters of their CD technology had a higher tolerance for cheap deaths or what, but there’s plenty in Sonic CD. This game is packed with more hidden traps, endless loops and pop-out enemies than any other of the 16-bit titles. Sonic has always been a series that wants you to learn its levels to balance speed with survival. This one makes no apologies. I appreciate the stiff challenge, even if it did have me screaming at my television all last night.

This port is pixel perfect, so it’s just as good as I remember. The control is tight and I have no issues to speak of. There’s no HD upgrades, updates or control tweaks, and I’m happy about that. There was nothing wrong with Sonic CD in its original form, and I’m glad that Sega didn’t mess with it. 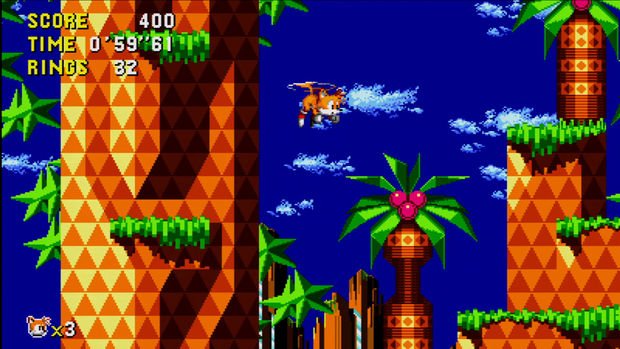 There are a few upgrades and other neat features for this digital version, though. There are subtle visual filters (smooth, sharp, and classic) in the options, but they don’t seem to do much. Series fans will appreciate that the Spin Dash is a selectable option in the menus now. Beating the game once unlocks the option to play as Tails; Sonic’s flying buddy makes coin collection and obstacle dodging much easier. Finally, Achievements/Trophies have been added. The Achievement name for making your first time jump would make Doc Brown happy.

The soundtracks are another new option, letting you switch between the Japanese and English releases. I’d recommend trying both. The English soundtracks features the work of Spencer Nielsen, with its crowning piece being the fantastic opening vocal song, “Sonic Boom,” shown above. The Japanese soundtrack is a better collection of songs overall, with some fine examples of 1990’s urban music as interpreted by Japan in the mix. Again, both soundtracks are a delight. 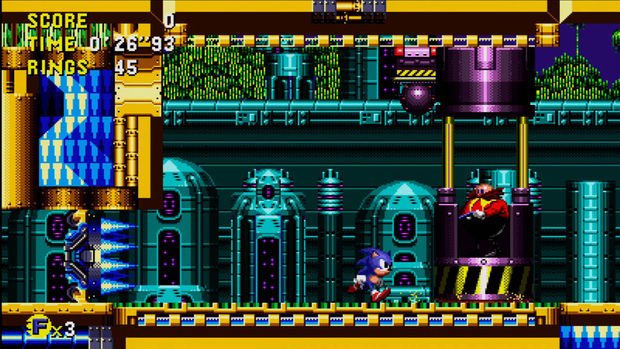 I’d like to think of this release as a sort of gift to the Sonic fan from Sega. Here’s an older game that many may have missed. Sega wants fans to remember it because it was a high-quality release from them. They also would like those that missed it to experience one of the best games in the franchise. To miss Sonic CD would be to miss some of the franchise’s best (and strangest) level designs. They were really creative with this one. You would also miss the race with Metal Sonic by not playing this game, and that would be a shame.

If this is all that’s changed, then why all the excitement? I’ll tell you why: Sonic CD is a great game. I paid $300 for an attachment and $50 for the game back in the early ’90s to see Sonic at his best. Now all you need is $5 and a few minutes for a file download. Sega could have easily charged twice as much for this much-loved classic.