I have some pretty vivid memories of spending entire days playing Sonic Adventure 2 on both the Dreamcast and GameCube. I can clearly remember rollin’ around at the speed of sound. I had places to go. I followed my rainbow.

That was, however, back in 2001. Certain aspects of this high-definition re-release simply aren’t as enticing as they were over a decade ago. The controls and camera are borderline offensive at times, but at least the Chao Garden is still as amazing as ever! 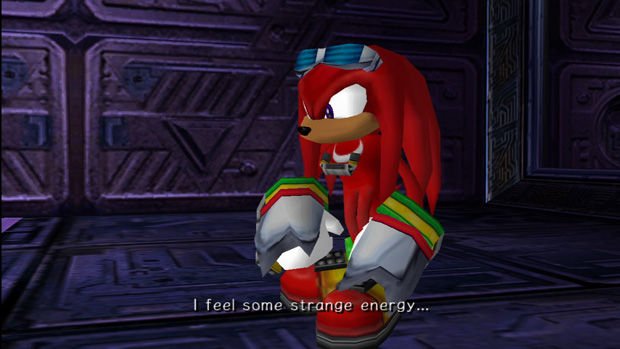 Sonic Adventure 2 has two stories: “Hero” and “Dark.” Each consists of three mission types: Sonic and Shadow run through some speedy 3D platforming, Tails and “Eggman” use their robots to go around shooting things, and Knuckles and Rogue need to find three pieces of whatever happened to scatter throughout the level.

This game comes from an era in which 3D videogame cameras weren’t quite understood. Hell, they are still messed up quite frequently today. It is possible to rotate the camera horizontally most of the time, but you cannot ever move the camera up and down. Many times you’ll want to see what you’re jumping down onto, but it is impossible and will result in you making a leap of faith, sometimes to your doom. Other times, the camera will get stuck on walls or flip out and obfuscate your character.

The boss fights are also a mixed bag. Some fights can take a whopping thirty seconds, but when the boss’s weak point isn’t clear, it can take upwards of five minutes as you try the limited options each character has. None of the encounters are particularly interesting, either — each one usually consists of repeating a single tactic for up to five iterations. They’re monotonous and just downright boring most of the time, making those longer fights feel like a trudge. 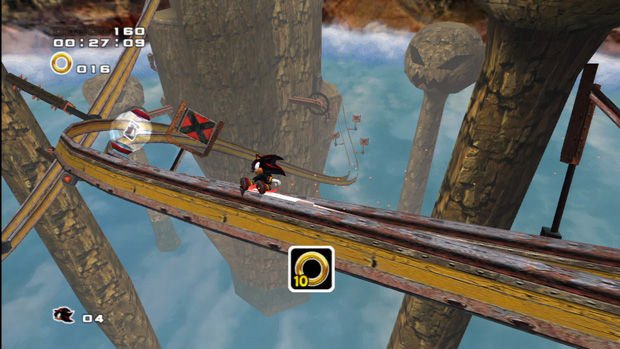 The Story Mode almost feels like work to get through, but after completing it, Sonic Adventure 2 opens up. Every level has four alternate objectives to accomplish which are mildly entertaining and provide the opportunity to take a new approach. For example, one objective tasks you with finding a hidden Chao in each level, forcing you to explore the nooks and crannies within each. There’s little incentive to complete them, except to get more Emblems. Emblems are rewarded for completing a level and are only used for getting unique Chao eggs from the Chao Black Market.

There are also kart racing and boss rush modes, neither of which are really worth the time. The kart racing is as barebones as possible. There are three difficulties of simple races — no power-ups or special moves at all, which makes for an incredibly boring game mode. Boss rush might have been entertaining if the boss fights weren’t already uninteresting, especially considering both the Hero and Dark sides have similar, if not identical, boss fights. 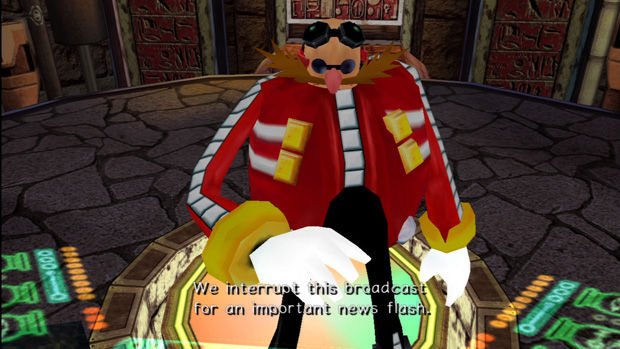 Perhaps the best news of all is that there’s finally a reason to go back and revisit the Chao Garden. With every new Sonic release, there will be someone out there clamoring for a new version of Sonic Adventure 2‘s Chao Garden. It’s understandable, since its inclusion is what turns this from a weak 3D platformer into one of the greatest pet simulators of all time.

For the uninitiated, the Chao Garden is a lot like the Tamagochis of yore. Each Chao is a blank slate, ready to take on any characteristic and statistic given to it. Small animals and “Chao Drives” are found throughout the levels by destroying enemies, and when given to Chao, their stats begin to grow. If a Chao is given a couple of gorillas, for example, that Chao will then take on a unibrow and purple gorilla appendages, along with a Power stat increase. Chao Drives will increase stats but not change the physical appearance at all, in case you like the way your Chao already looks.

Eventually, they will evolve depending on what kind of animals they were raised with. There are even unique Chao evolutions, like one that resembles Sonic or the main character from NiGHTS. Additionally, there’s a Kindergarten, races, karate fights, and a black market to offer plenty of chances to spend more time in the Chao Garden. It’s a perfect side distraction from the traditional levels, and being forced to play through the levels isn’t as bad when you take your time looking for animals to enhance your Chao. 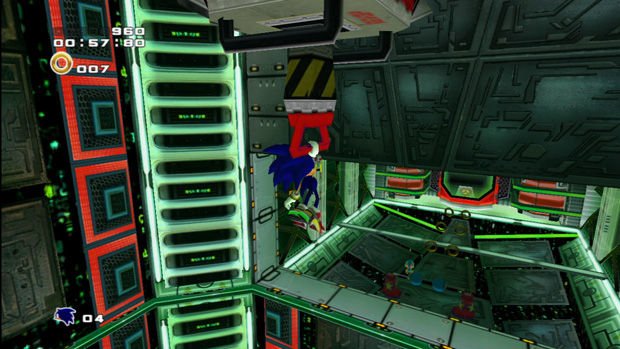 The new HD graphics are not perfect, but they’re suitable. The character models don’t look too bad, but some of the environments and textures just look weird in their “upgraded” form. While it is at least presented in widescreen, it’s still noticeable that this is a decade-old game. The CG cutscenes are unchanged and display in a 4:3 ratio with side bars. What’s odd is that some of the in-game cutscenes are also in 4:3. There seems to be no rhyme or reason as to why some are widescreen and some are not. Sonic Adventure 2 doesn’t have the type of style that a game like Jet Set Radio has, so it isn’t as timeless and easy to look at, even with updated visuals.

Then there’s the soundtrack. Oh man, this soundtrack is something else, and even earned the honor of being the first game soundtrack I ever purchased (I’m proud to say). Long gone are the bleeps and bloops that Sonic ran to on the Genesis. In their stead are guitar riffs, the Knuckles rap songs, and whatever it is you call this.

The soundtrack falls into the category of “so bad it’s AMAZING” and has certainly garnered a specific reputation as such. There is a weird sound issue that causes the music to be much louder than the voice work during cutscenes, but this is a blessing in disguise considering the quality of the voice acting.

The best news? You can listen to the soundtrack whenever you want inside the game! 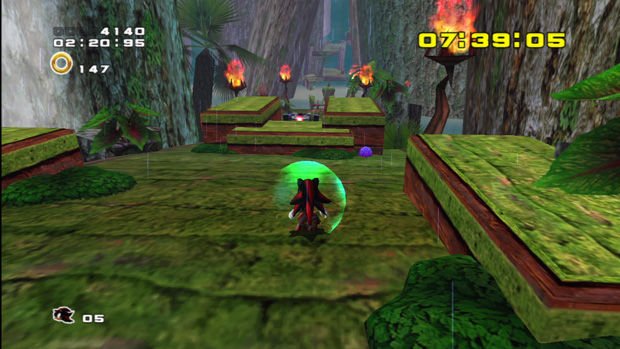 Sonic Adventure 2 is a strange package. Many people will have already decided whether or not they want to relive their nostalgia in HD, despite the wonky controls, awful camera, and uninteresting boss fights. That being said, exploring the levels for either the alternate objectives or Chao animals can be entertaining, and the Chao Garden is as good as ever. The platforming hasn’t aged well, but this is probably the last chance you’ll get to revisit the wonderfully time-consuming Chao Garden.

Although time hasn’t been kind, you know what they say: live and learn.