Sniper Ghost Warrior 2 is not better than any Call of Duty game — okay, maybe Declassified. Despite developer City Interactive copying its formula, beat for beat, there are some readers that will grimace at this comparison. Unfair, some may call it. So, how about comparing it to what is the definitive sniping experience up to this point in videogames? Hell yeah, I’m referring to Silent Scope!

After Sniper Ghost Warrior 2, I’m starting to realize there is nothing a developer can do to eclipse the experience of depending on your own accuracy, patience, and physical endurance in Silent Scope. Sniper Elite V2 filled the void with shoddy stealth mechanics, while Sniper Ghost Warrior 2 seems to not try at all. 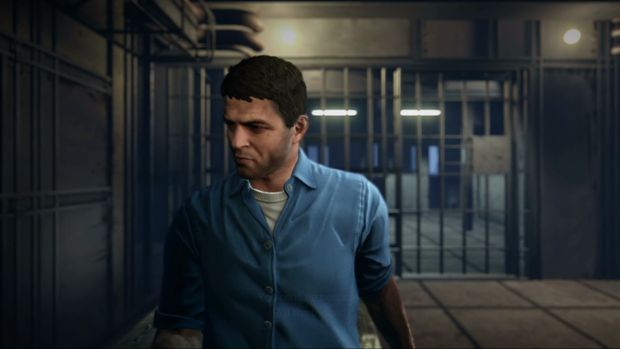 I like those on-rails stealth sequences in Call of Duty 4 and Killzone 3, as they break up the action setpieces and add variety to the campaign. Sniper: Ghost Warrior 2 is what happens when you stretch those sequences across an entire campaign. Although it’s a short one at four hours, the redundancy, lackluster visuals, and banal story make it feel like it goes on forever. Instead of taking breaks from mental exhaustion, I felt it necessary to walk away from the game out of absolute soul-crushing boredom, hoping I’d magically rediscover some joy in it upon returning from a sulk. That did not occur.

The meat of SGW2 comes from the long-distance shooting galleries where a teammate calls out specific targets to shoot, stifling any creative input from the player. When you go against orders, you will fail or the game will fail via a weird glitch, like one where enemies in the next area didn’t spawn properly, failing to trigger an event. For what it’s worth, these shooting galleries are fun in short bursts. Wind and distance alters the trajectory of bullets, so the player needs to account for reticule positions and readjust. Noscope bros may want to look elsewhere. If you hover over a target or hold your lungs (which also slows time), a red circle will show where your bullet will hit. This takes some of the fun away. Sniper Elite V2 offered a much smarter system for this — it showed where your last bullet hit, leaving it to the player to figure out how far off they were — making it a much better sniper-centric shooter. For many reasons. 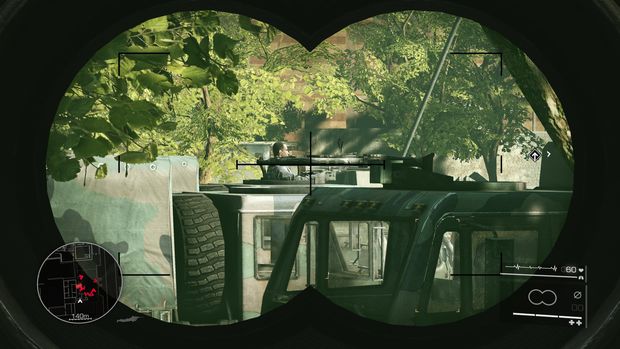 Limiting SGW2 to shooting galleries may make it a glorified iPhone game, but I’d prefer that to what it is: a painfully dull and badly designed Call of Duty clone that offers nothing unique, while poorly replicating the experience you get in those titles. Every mission in SGW2 involves following an NPC (odd since you are commanding them in many operations), following a specific linear path, performing stealth kills on enemies that are permanently turned away, and holding when your NPC leader tells you to. Nothing is wrong with this in small measure, but this is all that SGW2 consists of, outside the shooting galleries. More importantly, it’s awful when all you care about is getting to the next shooting gallery. Frequent glitches only further sour the experience of walking in line and waiting on the epic sniper quest from A to B.

I expected, in the very least, SGW2 would offer some stunning visuals out of CryEngine 3. In truth, the only stunning thing about it is that City Interactive managed to make a game that looks like CryEngine 1 at times. Foliage looks like cardboard, pop-in occurs even on PC (which also lacks anti-aliasing support), facial models make your heroes look like mongoloid freak things, and the textures are PS2 quality. The worst offender is how lazy the programmers are, leaning on CG scenes so that they don’t have to code basic situations that every FPS includes these days. Instead of rendering large areas, awkward CG scenes split the load. It can get downright laughable at times, like a 10 second CG scene of the hero jumping into a lake below. Even worse, the CG looks hideous and has all sorts of nasty compression on it. I feel like I’m watching someone’s 240p YouTube playthrough. If only. 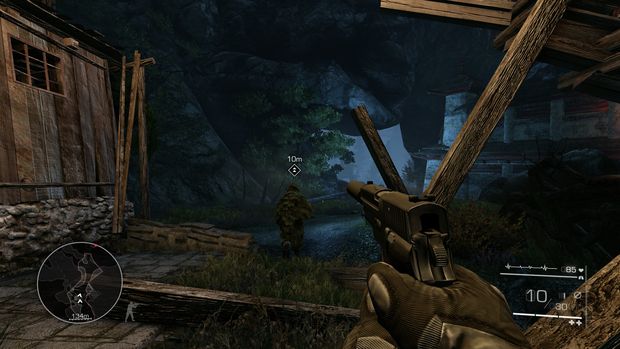 What else? The voice sync is off, crouching/prone requires a staggering 4 keys (despite only 1 button on console), checkpoints are far and few between and usually placed before scenes, enemies awkwardly jerk to a standing position to accept the stealth kill you kindly offer, killing the wrong guy can often break the game when it doesn’t summon instant death, the physics is so bad that a crumbling cave looks like an Ed Wood set, a heartrate/exhaustion mechanic makes the frequent escape sequences even more insufferable, there are 2 – 3 sniper rifles and a side pistol and nothing more — you get the idea.

There is an enjoyable camp quality to the script, which is full of nonsensical twists and tough guy talk (“We’ve got a major shit sandwich!”) that takes itself way too seriously. I can see some appeal in getting together friends and having some drinks while playing. The constant waypoints and enemy icons make me think that being inebriated would make for an acceptable challenge. Nevermind online, which is composed of 2 maps, 1 mode (Team Deathmatch), and 0 active servers.

The task set before Sniper: Ghost Warrior 2 is not a hard one: make sniping fun. Apparently, City Interactive didn’t get the memo, filling the game with a never-ending sequence of following an NPC guide through uneventful, recycled, and ugly environments. Even at four hours, Sniper Ghost Warrior 2 requires a level of patience and commitment that even the best snipers won’t be capable of.