Have you ever been in a GameStop and looked up at the monitor to witness that awful rabbit mascot ad?

Slashy Souls is a lot like that, but somehow worse. It’s one giant ad that disgraces the Souls name. 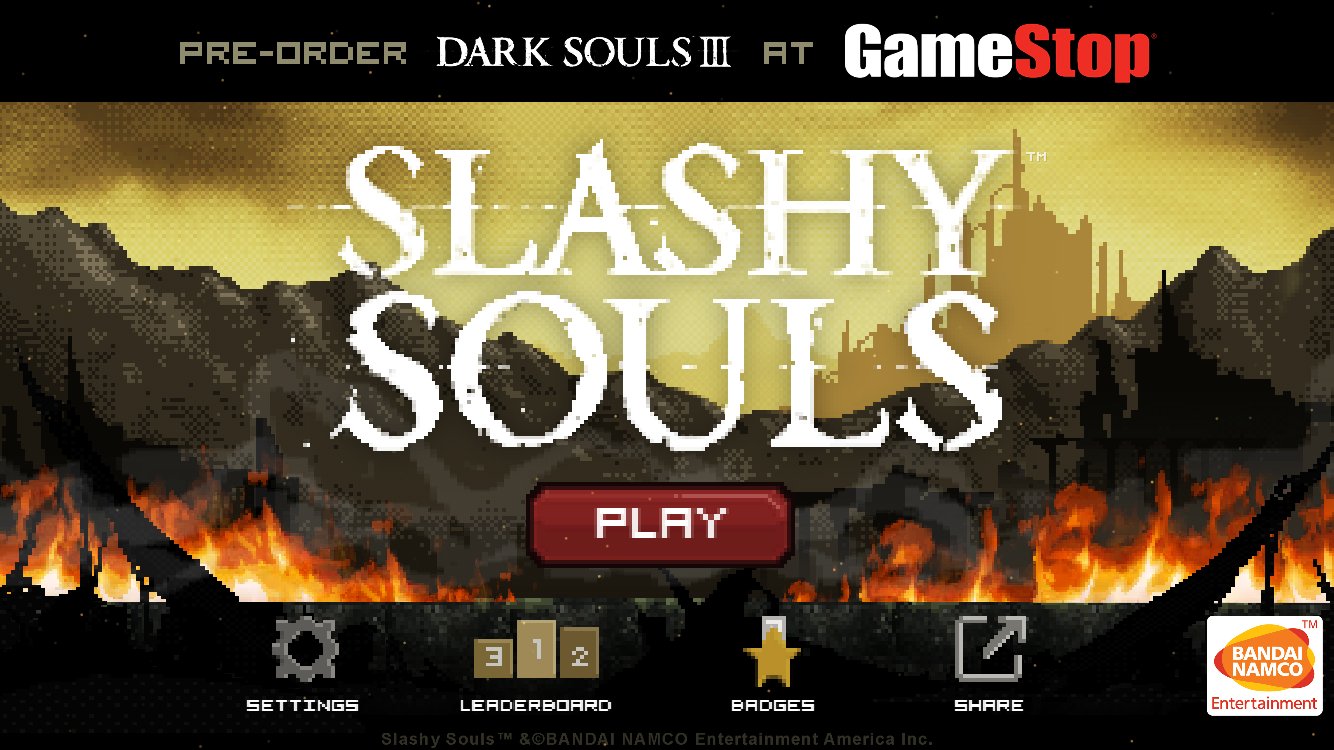 That (above) is the actual title screen. Look at that shit. ‘Pre-order now’ is pretty much all you need to know in terms of what awaits you with this game.

Slashy Souls, like many big studio mobile adaptions, is a runner. But unlike other publishers that actually contracted talented studios to craft surprising hits, this one is better left in the digital trash bin. Players simply hold the screen to block, tap to slash, swipe up to jump, and swipe to the sides to roll. It truly displays the versatility of the mobile platform, especially since the controls are so responsive, but literally everything else is a wash.

I mean, it resembles a Newgrounds flash game from the early 2000s, but somehow worse. Attacks have zero weight to them. Enemies are uninspired and bland. Even death has no meaning, which is literally a Souls staple. It impels players to “chase the high score,” and that’s it. There’s no nuance to Slashy Souls and the action isn’t defined past “slashing.” A few power-ups like a shield and fireball spell do nothing to actually elevate the experience. 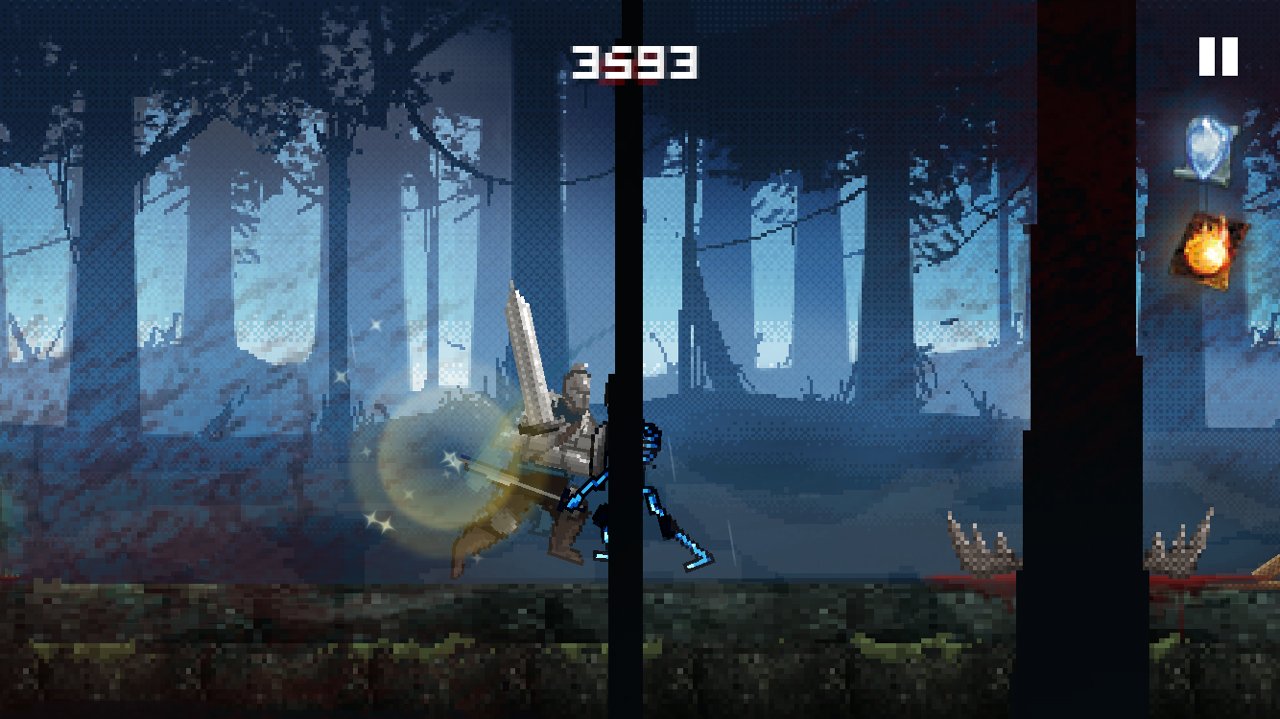 Leap across some fire pits and frantically tap to jump, and slash some more, then do that until you’re bored — which will likely only be a few minutes. It’s not just a cash-in on name alone, though, as there’s even a few “inspired” enemies like a direct rip of the iconic boss Gravelord Nito. Much like the new Crouching Tiger sequel that just debuted on Netflix, there’s almost nothing authentic about this game. Even the “You Died” spread popping up after failure is a sweet release.

There will be someone out there who will defend this game. But in the deepest depths of their soul, they’ll know they’re wrong. There are almost no redeeming qualities to Slashy Souls outside of the fact that it technically works. Don’t blame From Software for this — the studio didn’t even make it. And even if the developer gave the project its blessing, there’s no way it could have possibly predicted what it was doing or how poorly Slashy Souls was going to turn out.