The signal is a bit fuzzy

Every so often, a game comes along that gets attention for its basic mechanic alone. Signal Ops is one of those games, as it is a stealth game that shows the player up to four first-person views of playable characters at the same time. It isn’t the most traditional stealth game by any means, and it’s always refreshing to see something new in any genre.

Just as with any really new and interesting concept, however, it is natural to feel skeptical. You hope that all the planets align, all the ducks are in order, and the chickens are counted after they hatch. Signal Ops definitely has some of those planets, ducks, and chickens, but they’re not all properly accounted for. 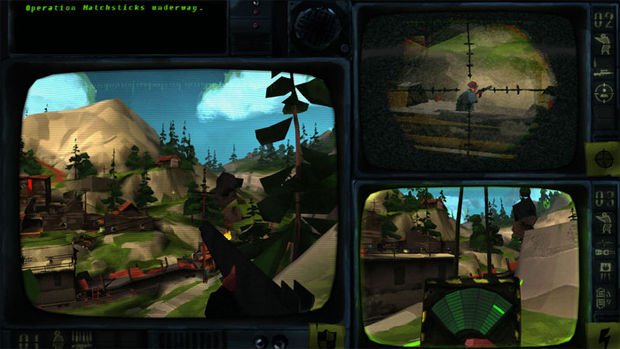 Taking place in an underground bunker, Signal Ops has the player controlling field operatives to accomplish various espionage tasks to fulfill an organization’s agenda. The plot isn’t exactly engaging, but it does a good enough job of setting up the various missions and their objectives.

More impressive than the story itself is the writing and accompanying voice acting. The various NPCs have some witty lines that had me chuckling time and time again. The voice actors deliver these lines perfectly and really bring what would otherwise be random NPCs to life.

The character that the player controls is never actually on the battlefield, but instead remains in the bunker and commands other agents through various video feeds. This materializes some interesting ideas, like being able to receive faxed intel while still in the mission since it goes to the bunker and not to the battlefield. When something like this happens, the player can turn away from the screens and pick up the fax itself before going back to the mission, while the field operatives stand there waiting for commands.

The gameplay hook in Signal Ops is that the player can control up to four mercenaries while seeing their first-person perspectives all at the same time. The earlier missions will use only two or three characters at once, but by the fourth mission all four possible screens will be utilized. Each screen represents a different character and can be manually controlled by selecting the corresponding number key on the keyboard.

There are a total of six character classes, each with their own specialty. The Spy, for example, will not alert guards when in plain sight while the Wrench can unlock and lock doors. It is sometimes possible to strategically choose which classes to bring into the mission, but the Bolt class is always necessary.

The Bolt is in charge of the radio, which is the contextualized way of allowing the player to control these mercenaries from inside the bunker. If a character leaves the radio’s radius (indicated by bright green lines on the ground), the signal becomes white noise and it becomes impossible to see where to go. A radio must always be tethered to a power source, or else its battery will be depleted. It is possible to issue a retreat command, which will walk the character back to the most recent power source, so not all hope is lost if the radio loses battery while transferring it to a new power source.

While the contextualized reason for the radio is nice, the mechanic itself is incredibly limiting and frustrating. It makes the game feel so confined and prevents any sort of exploration of the maps. It is, to put it bluntly, a big pain in the butt to lug around the radio and keep every character inside the radius at all times, sort of like a bad escort mission. If, for whatever reason, backtracking is required, this mechanic essentially doubles the amount of time required to move across the map, even with no enemies. It’s easily the worst mechanic in the game, which is unfortunate considering that it is also the core mechanic of the game, overshadowing everything else due to its intrusiveness. 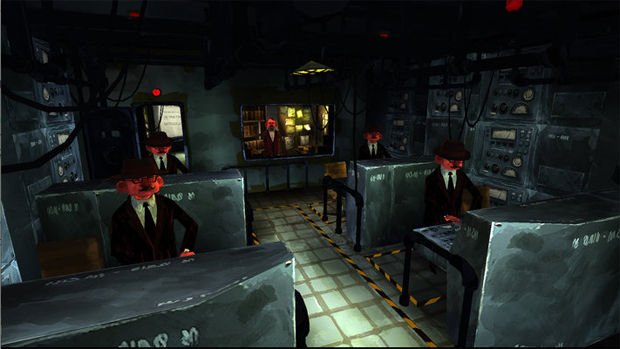 Characters not being directly controlled by the player can be given orders like move, follow, attack, or use their class’s special action, in order to alleviate the monotony of individually moving each character. The AI pathing can be a bit wonky at times, with characters getting lost in enclosed areas of the map after being given the move or follow commands, but it’s not usually too much of an issue.

There are nine missions in total, but each one is lengthy enough to justify the seemingly small number. Each mission gets more complex while progressing through the campaign, and quickly ramps up to a pretty intense level of difficulty. This is by no means an easy game, partly because of the Bolt’s main mechanic and partly because of the game’s laissez faire design when it comes to directing the player. There is definitely a lack of precise directions, especially when compared to most modern games, but that isn’t necessarily a bad thing.

Mission objectives are just precise enough for the player to get an idea of what to do, but actually accomplishing many of the objectives will take some critical thinking. It is a nice, refreshing change of pace from what I have come to expect from most games, even if I spent an embarrassingly long time figuring out how to complete some of the mission objectives. 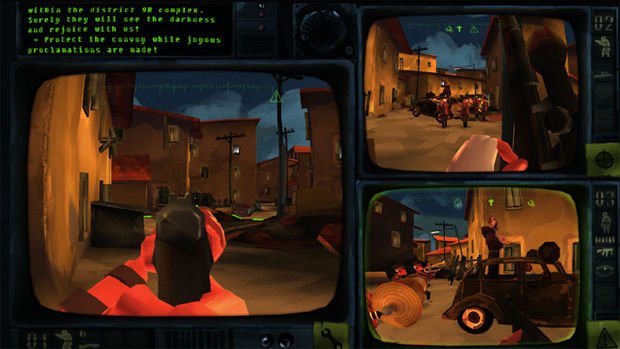 Signal Ops is very much a stealth game, as confrontation with enemies is undesirable. The shooting mechanics are loose — bullets almost never travel straight. It is hard to tell if the shooting is intentionally bad to discourage it, or if those mechanics were just never nailed down. Approaching an enemy from behind allows the player to essentially say “stick’em up!” and force the NPC to drop their weapon and freeze in place. Other NPCs can see them and free them, as if each mission were a giant sneaky game of freeze tag.

If a character dies, they can be easily replaced by reinforcements after a short cooldown period. Reinforcements are limited in each mission, but losing a character is far from the end of a mission and removes a lot of the trial and error that drags down many stealth games. The player’s characters can also be held at gunpoint, freezing them in place and forcing them to drop their weapons. Just as with the NPCs, it is possible to have another character walk up and free them from their frozen state, continuing the game of stealthy freeze tag.

Playing cooperatively, either locally or online, helps alleviate some of the problems, but one player is still going to have to keep on top of the Bolt class and make sure the radio is always moved. If playing local co-op, the second player can use an Xbox controller, but the controls are far from intuitive when using it. Playing online requires an IP address and possible port opening, making it anything but simple or even desirable. 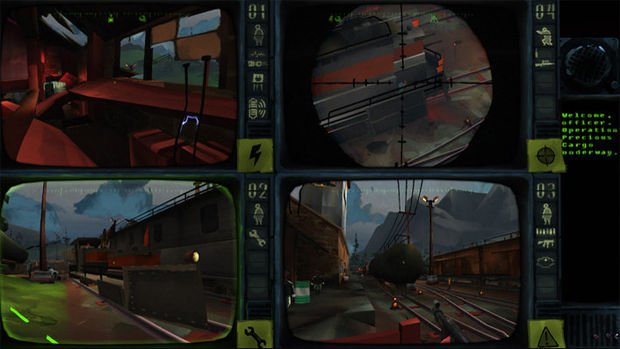 The game certainly has a unique and beautiful art style, but just about everything else in Signal Ops feels incredibly stiff. Both animation and movement are far from fluid and give an overall unpolished feeling to the entire package. The game is clearly made with love and passion, but it does feel as if it could have used some extra time in the incubation chamber.

I have also seen the framerate drop significantly when playing offline, forcing me to restart the client in order to fix everything. It’s not uncommon to be able to see through some walls. Characters don’t get stuck in the geometry, but heads often clip through things and show the innards of the map. There is also a constant head bob while moving, which doesn’t bother me personally but many others have voiced their disdain of the inability to turn it off.

Signal Ops is far from the game it could have been. The concept is great and for the most part delivers, but the Bolt character class and his job of carrying a radio does a lot of damage to the overall design. It feels incredibly restrictive, refusing to let the player go where they please and take their time getting there. It definitely has some moments of brilliance, but they are often quickly forgotten.