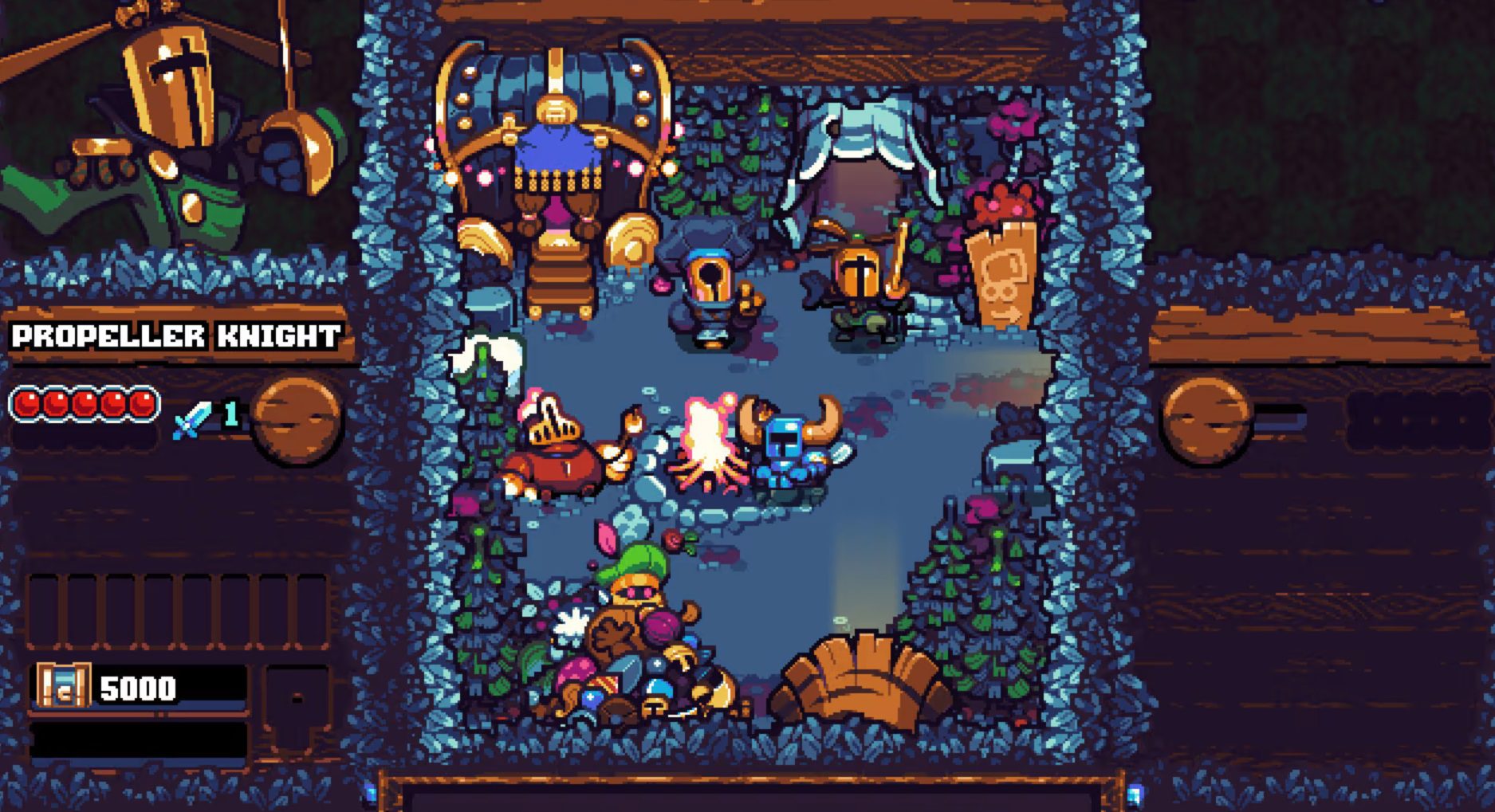 I mean, we’re getting them, but I’ll welcome them all the same.

Developed by Vine, Shovel Knight Pocket Dungeon sends our hero off into sidequest land when they open up a mysterious Pandora’s box (chest). Taking the form of an action puzzler, you’ll dig up blocks, get loot, and cleave foes with your shovel. An average day for Shovel Knight.

Of course, there’s layers to digging everything up, puzzle style. Blocks can be “chained’ by running into groups of the same type. Different blocks (and enemies) can be crushed with a different amount of smashes; sand will take one bump, steel will take several, and so on. Chaining is actually essential for enemies, which is where a lot of the strategy comes in. If you bump up against a foe, they’ll counter-strike. But if you chain them and/or land the killing blow, they’ll all die in succession. Enemies also have a variety of different mechanics, like leaving poison when they die, or alternating reactive abilities when struck.

Add in potions that heal your character when you take damage (and you will take damage) and key items that you can use to unlock chests for bonus effect items, and you got a split-second reaction stew going. At the end of each stage, you’ll find a big key for a big door, which leads you to the next level in succession. You repeat the process until the adventure mode is over.

At the start of the quest — and any point after via a menu toggle — you have two major options: single stock (which operates like a roguelite where you return to base and restart if you die), or infinite stock (which lets you keep going if you die). In either mode, a board fill (where pieces overwhelm your screen) will result in a wipe, bringing you back to camp, restarting your progress. Even going infinite isn’t an easy ride, as death will prevent you from acting for a few seconds while the screen fills up more. After a real run resets, you can use some cash to buy an upgrade then try to finish the campaign again.

Part of the fun of Shovel Knight Pocket Dungeon is how crazy things can get. Sometimes the board state is untenable, but the big key arrives at the right time and you’re galloping for the door while enemies overwhelm you. Sometimes a store opens up in the middle of a match and you have an option to dive in, grab an upgrade, and dive back out into the chaos. The “shop” thing fits the thematic framing of Shovel Knight, and feels justified here.

Minibosses add a wrinkle to the mix, as they don’t sit idly by: they actively throw attacks your way. New enemies are tossed at you very quickly and it’s up to you to learn their nuances. Ghosts hide when attacked until you attack something else, so it’s prudent to smash them early, then look for a good chain, and come back. That sort of thing. Adding in hero-specific abilities and multiple playable characters complicates everything. 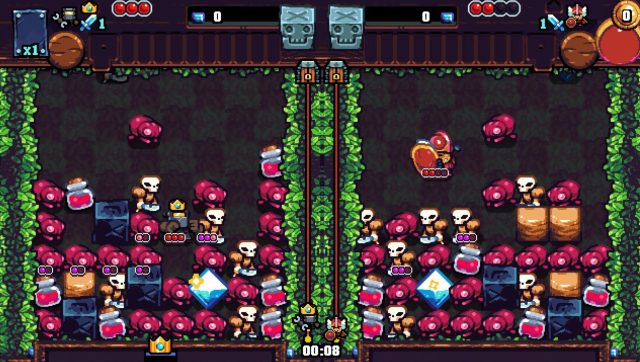 Along the way you’ll get cutscenes that show off new bits of story, which is just good enough to keep you going as you solve the game’s puzzles. Characters both old and new will lure in hardcore Shovel Knight followers, as there’s some nostalgia at play here. Yes, Shovel Knight is seven years old, which is enough to make a generational leap.

Those scenes aren’t as much of the underlying foundation as I’d like, though. Both in terms of its narrative framing and the mechanics, it can sometimes get too chaotic. I definitely would have preferred a more structured setup, at least for the first run, for thematic and story reasons. At first, things are really fun and crazy. But over time, it can feel like you’re stuck in the same rut of content until you make a breakthrough, or unlock something new. It’s a loop that a lot of recent games have solved, and something Pocket Dungeon sometimes struggles with. But those ruts aren’t everlasting.

Plus, there’s a distraction. Versus mode is basically Panel de Pon/Puzzle Fighter by way of Shovel Knight Pocket Dungeon, and it’s a fantastic extra. Thank goodness it has a versus CPU setting for folks without a local partner (with difficulty sliding), on top of a slew of options, as it extends the life of it that much further. You can even change the versus mode to a stock challenge (if you die normally, you respawn at the top of the board), turn off junk (a classic puzzle battle concept), toggle items, change up the speed, and so on. When I need a break from adventure, it’s been fun to fire this up.

Shovel Knight Pocket Dungeon might turn some people off with its roguelite framework and randomization, but there’s a deep puzzle game at work here; one that’s worth exploring if you’ve grown up on the action-puzzle genre. This is something I can see myself playing again in the years to come, especially with versus mode augmenting some of the leaner elements.