Upon completion, Shinobido 2: Revenge of Zen throws up an interesting question — does the fun one has with a game justify the fact that it’s a glorified port masquerading as a sequel? What if the original game is seven years old?

While it features a fresh story with a new protagonist, there is so much in Shinobido 2 that has been recycled from Way of the Ninja that it struggles to feel like a true follow-up. Sequels reuse material from their predecessors all the time, but not when there have been so many technological advances since the last game that to do so would age it dramatically.

That’s what Shinobido 2 is. Aged. It is, to its core, an old PlayStation 2 game pretending to be a new PlayStation Vita product. Even so, there’s still a lot of entertainment value to be had, and thus the conflict arises. How can you recommend a seven-year-old game that’s trying to pass itself off as something else? 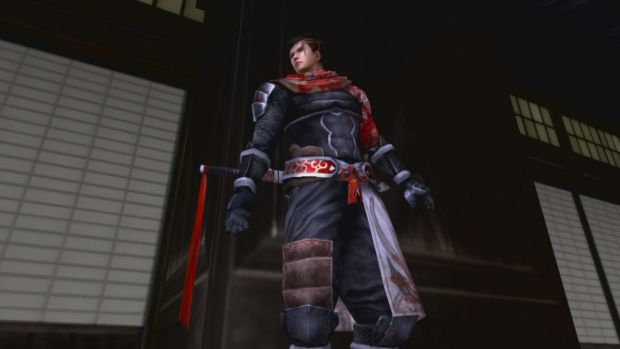 Shiniobido 2 tells the story of a young ninja named Zen, who was betrayed by his companions and left for dead. In order to exact bloody revenge, he ekes out a living as a hired hand, working for three rival warlords vying for control of the region. Something like that, anyway. It’s hard to pay attention to narrative that bland.

Players can choose which of these warlords — or daimyo — to serve, taking on missions for them at will. There is no restriction on who to take a mission from, so players can opt to loyally serve a single master or play them off against each other, with every mission’s success impacting their strengths, weaknesses, and relationship with Zen. It can also affect gameplay — for example, if you secure weapon blueprints for one warlord, any future missions against that warlord may feature enemies wielding that weapon.

Like its predecessor, Shinobido 2 is something of an open-ended game. The story only progresses when specific narrative missions are undertaken, while the daimyo side missions can be played indefinitely — at least until two of them have been completely wiped out, which is entirely possible. In fact, you can assassinate a daimyo early on, but it’s much more satisfying (and you’re likelier to succeed) if you slowly chip away at the victim’s powerbase, sapping his troop strength and subverting attempts to obtain supplies. Choking out one warlord while gaining favor with another is quite amusing, and far more interesting than the actual story, which is fairly mediocre. 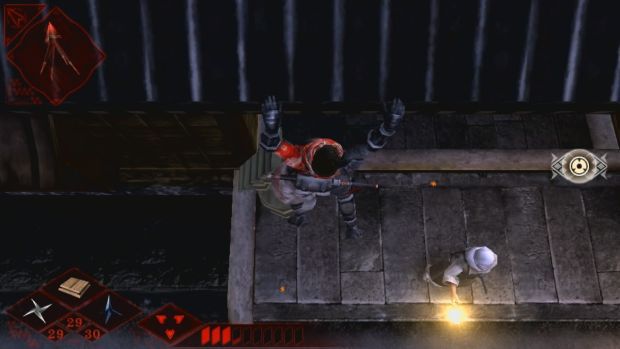 Missions range from simple assassinations to kidnappings, escorts, robberies, and more. While there’s a variety of objectives on offer, the core gameplay remains the same throughout. Taking many cues from the Tenchu series, albeit with a faster pace, missions are predominantly stealthy affairs, with players needing to stick to rooftoops, cling from ledges, and sneak behind opponents in order to remain successful. The enemy A.I. is as dull as ditchwater and half as perceptive, but in a portable game designed to provide quick stealth action with none of the subtlety, it strangely works in the experience’s favor.

Head-on combat, however, exposes just how ancient everything in Shinobido is. Here, the shortcomings of the enemy A.I. become almost farcical, as opposing soldiers wildly swing their swords around and hit each other as much as they do Zen. Soldiers will regularly send their own allies flying into the air with improbable ragdoll physics, and while it makes the fight much easier, it’s impossible to take seriously. The simplistic hack n’ slash fighting is woefully old fashioned by today’s standards, especially since the game’s targeting system doesn’t work properly and Zen will just as happily attack a brick wall as a human ninja.

Our brick-slashing protagonist has a variety of tools and special moves at his disposal. There’s a grappling hook, which can be controlled using the Vita touchpad or a ludicrous combination of buttons (right to crouch, circle to look in first-person, the analog stick to move, and the down button to launch). The hook is essential for escaping from guards or reaching high objectives, although the target reticule has an awful habit of saying something can be grappled when it can’t. Later, players will be able to use a glider, and have access to various bombs, traps, and origami distractions to hoodwink the opposition. It’s always fun to drop a piece of sushi on the ground and stab a fool in the back as he bends over to pick it up. 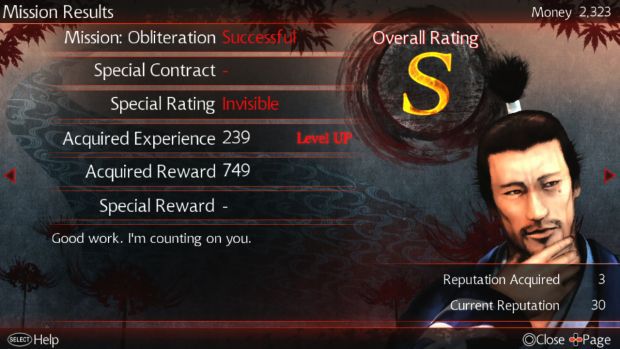 A number of old-fashioned problems hold back the action, with the camera proving the most egregious. Although camera movement can be controlled via the right stick, it never seems to be positioned in a useful spot. It’s slow to move, and always creeps in at an odd angle. By pressing the left shoulder button, Zen can lock his view onto the closest enemy in order to track his movements, but this completely confuses the camera more often than not. It also seems not to work at random junctures. An icon can show an enemy is near, but locking on does nothing.

These problems are indicative of a game that plays and looks like what it is — a seven-year-old PS2 title. Enemy characters models, environments, tools, and animations are all taken from the original Way of the Ninja and nobody has even attempted to update any of them. You can watch footage from both games and easily think they’re the same one, with the player character being the only differentiating clue. 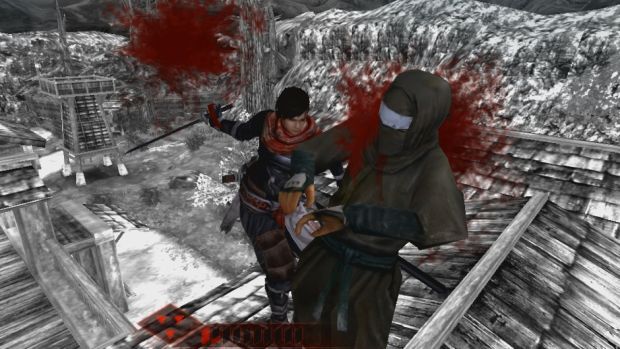 It certainly explains why Shinobido randomly got a sequel after more than half a decade. It seems that Namco hoped the original would be obscure and old enough for most people not to notice just how little effort went into this production. When a PS Vita is trying to show off its technical power, putting out a game with PS2-era graphics and ancient gameplay just doesn’t seem like a classy thing to do, and does in fact come across as a little insulting to both the hardware and the consumer.

All things considered, Shinobido 2 is still fun, and would make a worthwhile purchase once the launch period is over and gamers find themselves in need of some solid action during quiet release periods. It is by no means a must-have launch title, and does nothing to showcase the Vita’s potential, but despite how lazy and pointless it is, its ability to provide cheap laughs and easily gratifying stealth missions can’t be denied. By all means wait a long time until you see this in a bargain bin, but for the right price, this is an adequate little purchase.