These days, it’s unusual for me to actively seek out role-playing games. The allure of embarking on a grand adventure is still strong as ever, and I love assembling and growing attached to a crew of characters, but the sheer time commitment can prove insurmountable. With that in mind, it makes sense that Shiness — an action-RPG funded partially through Kickstarter — was able to draw me in.

For one, the game isn’t too terribly long. I was able to hit the end credits in something like 15 hours, spread over a week, and I’ve since come back to suss out more of the lore-dense world. During a busy release schedule like the one we’re currently knee deep in, that’s about the ideal length.

The other major thing going for Shiness? Combat. It takes an arena fighting game approach, enabling you (and also your foes) to perform combos, block, parry, cast spells, and even tag in teammates. As someone who tends to grow tired of less active RPGs, that design choice was an absolute godsend. 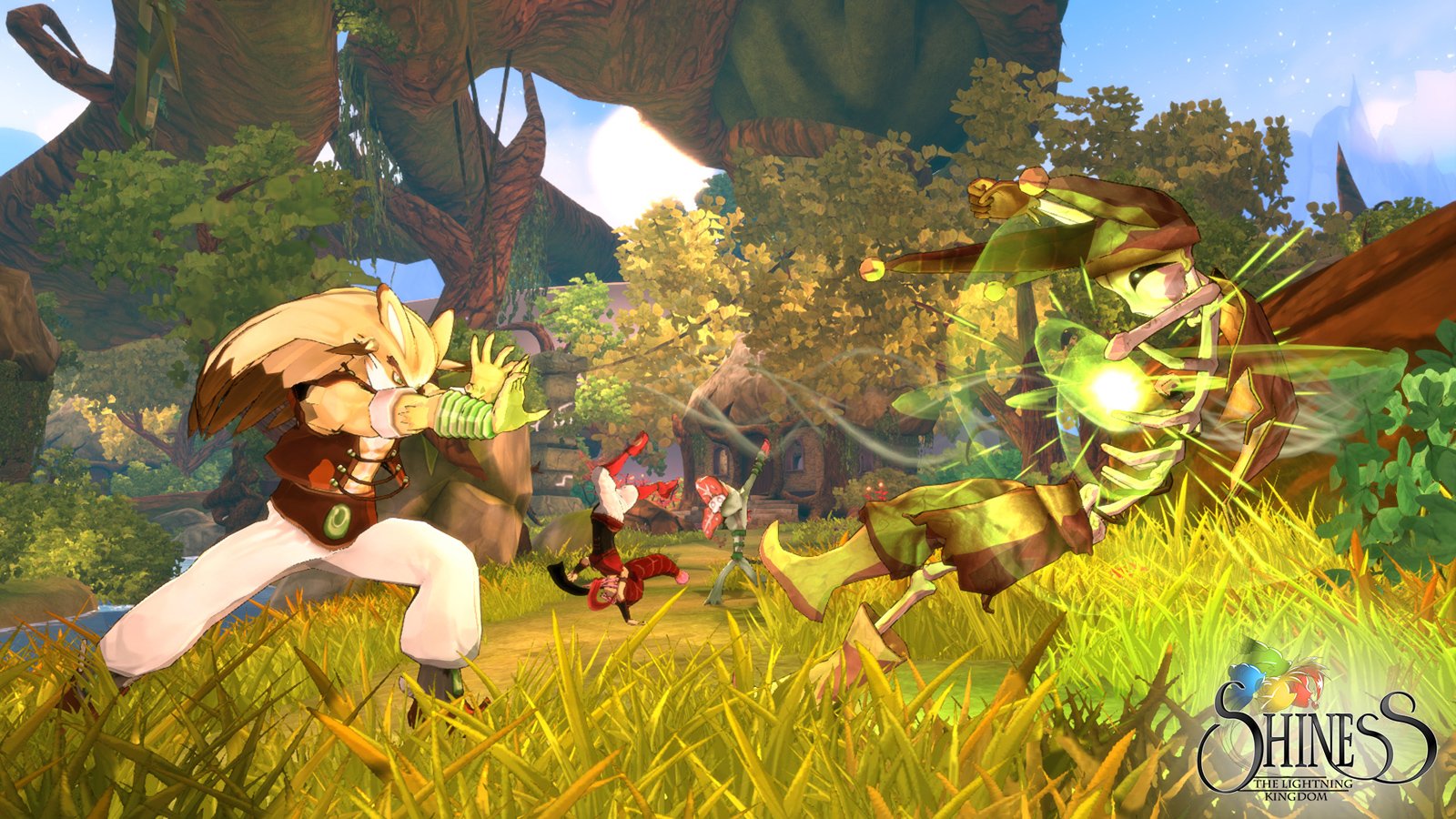 Early on, I feared Shiness might buckle under its own weight, both as a moderately-sized RPG from an indie studio and as an ambitious crowdfunded project. It doesn’t make a great first impression.

There are lots of moving parts, some of which aren’t up to par in terms of execution, and some of which are simply dated. You’ll solve rudimentary puzzles by weighing down switches with rocks, or by routing colored energy beams between nodes. You’ll sit through uncomfortably still cutscenes in which characters stand there, chatting at length. You’ll wonder if things are ever going to improve. They will.

The game’s fantasy setting and anthropomorphic characters stem from a manga; in my case, that meant I didn’t fully grasp who was doing what or why at first. I’m still sort of hazy, even now, though some of that is intentional. Shiness throws you right in with two protagonists, Chado and Poky, crashing their airship in an unwelcoming land. It’s not that we haven’t seen warring kingdoms, elemental spirits, or floating islands before, but I struggled to keep up with the menagerie of proper nouns.

The short of it is that Chado (amusingly pronounced “Shadow”) can see and speak with the Shiness, a spirit of great importance and the impetus for him getting caught up in a wider conflict.

Truth be told, you can get along fine with Shiness even if you skim through its familiar, text-heavy narrative. The story was serviceable enough to keep my attention, but I found the generally lovely art direction, pleasant music, and engaging combat system to be the true motivating forces.

The game is split into open-ended but discrete zones that are conjoined by loading screens. The general flow goes a little something like this: You’ll catch wildlife for parts you can sell or barter with to acquire better gear; strike monsters to initiate closed-arena fights; and use character-specific abilities to circumvent obstacles. Some areas are wide open fields, others are snowy mountains, and others still are light dungeons. Aside from a few instances where I was utterly stuck on how to proceed due to vague instructions, I found the pacing to be great and the constant variety of landscapes surprising.

The other high point is the fighting itself. Shiness hinges its combat system on punches, kicks, blocks, dodge rolls, and parries, as well as RPG-staple elements like water, earth, and fire that can be refueled by “channeling” at the appropriate time. There’s… a lot to learn. You’ll recruit a five-character party, but you can only ever have three active members as you roam the world, and fights are one-on-one (with your two pals buffing you, or tagging in as needed). By the end, you’ll need proficiency with all of those aspects and fast reflexes, particularly when it comes to the brutally unforgiving multi-phase bosses. 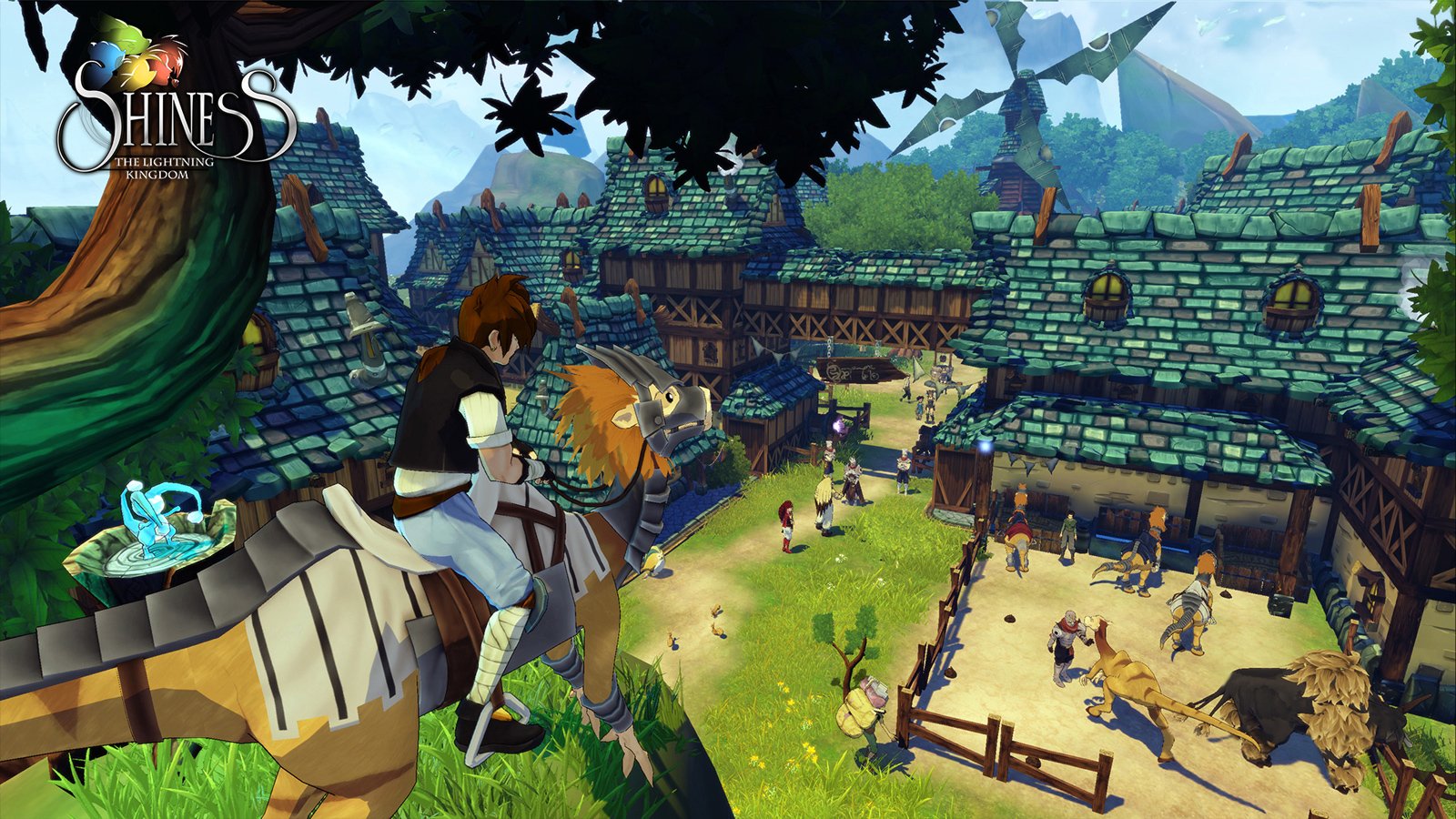 In general, Shiness does a decent job of keeping you on your toes without feeling too overwhelming or unfair, but certain enemies do have a tendency to use spammy tactics, forcing you to play similarly or stockpile healing items. It’s also not as visually polished as it could be. From the outside coming in, my big concern for the game was that the combat would eventually become stale, but it ended up being intricate and demanding enough to hold my interest the whole way through.

I appreciated that the more drawn-out, fetch-some-trinket quests are largely relegated to side activities, helping to maintain a brisk critical path. But part of that quick pace can also regrettably be attributed to uninspired puzzles, which ask so little of players as to feel obvious and boring.

All told, Shiness is an uneven adventure, but one I’m glad I undertook. While it’s too ambitious for its own good, deep down, and despite some hard-to-overlook faults, you can just sense that this was a passion project. I’m not sure if Enigami will get to make a sequel, but if it does, I’d be up for it.