Atlus gave DS owners a strategy game treat when they mixed the demon collecting, fusing, and turn-based battles of the Shin Megami Tensei series with a classic tactical RPG formula in 2009’s Devil Survivor, bringing fans out of the dungeons and onto a tactical grid. The game followed teens striving to save Tokyo from certain doom by summoning demons using a mysterious pocketable device that resembled a Nintendo DS. This unique blend still stands as one of the best RPG offerings on the Nintendo DS.

Now Atlus is back with a sequel that again sees Tokyo and the rest of the country coming to an end in seven days. I hope there’s another group of emo teens with special abilities that can save the world! 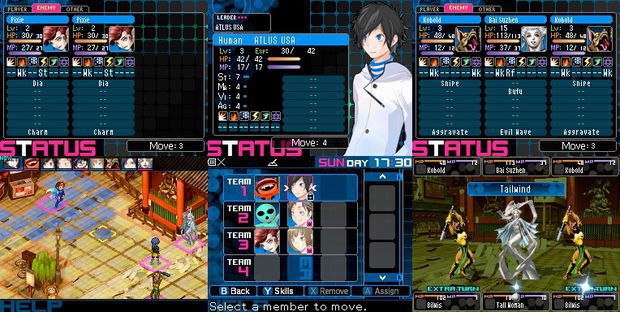 Tokyo is going to shit again, though Devil Survivor 2‘s story is not related to that of its predecessor. This time there are earthquakes, train wrecks, deaths and rioting going on everywhere, and some kind of invasion has begun in the background. Reports say that the same things seem to be happening in other major Japanese cities, leaving the entire country in chaos. At about the same time that this all starts, a mysterious website that is somehow able to show predictive video clips of the deaths of friends opens and creates a stir among Tokyoites. Additionally, cell phones around the country are going offline, though some come back up with a new application that lets its user summon demons. Through this phone app and a forced contract with demons, a group of Tokyo teens set out to save each other from the deaths depicted in that website’s videoclips.

Devil Survivor 2‘s gameplay matches that of its predecessor exactly with its mix of turn-based RPG battles and strategy game grids. This means that you’ll move characters around a grid map, but then you’ll fight in 3-on-3 battles using a variant of Shin Megami Tensei’s tried and true elemental exploiting/demon summoning system in turn-based battles instead of randomized ones, picking the best from your monster collection to get the job done. These parties consist of one “demon tamer” and two other summoned demons, with the whole party going down if the demon tamer is defeated. 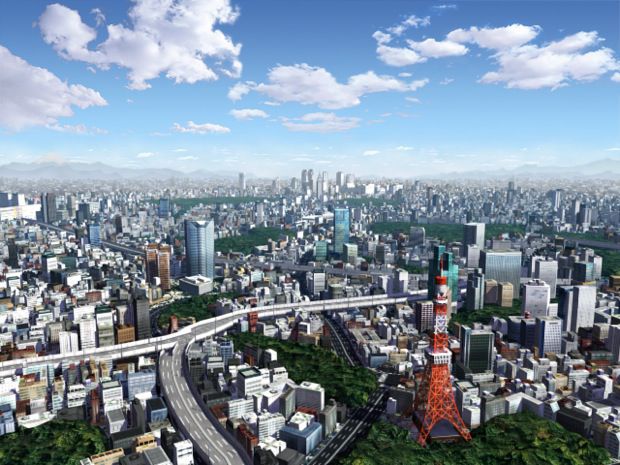 Much of DS2‘s charm lies in the collection and customization aspects, both of which are so deep that I’d bet a good third of my total play time was spent either making new demons or tricking them out. Demons are acquired in an auction where you’re free to drop your hard earned cash on any of the offerings, going up against up to three other demon tamers that are looking to bid on the same beasts. Should you win, you can add the demon to your party as well as to a new demon compendium for later summoning. Beyond this, demon fusion lets you pick any two in your collection to create a new demon, with the new option of adding in battle-unlocked special abilities to create a highly customized monster. Careful logging, gathering, and fusing lets you create rare, powerful demons that can put you on a collector’s high that only Pokémon fans would know. For fellow customization nerds, the demon collection aspect is so deep that it’s almost a game in and of itself.

This game’s story unfolds over seven game days of fighting and traveling around Japan. Outside of battle you’ll pick from a list of timed blocks that lets you decide who you’d like to talk to or where you’d like to visit. While the bulk of the story unfolds through these blocks, through some of the optional ones you’ll also learn more about your teammates and allies.

Atlus has pulled some inspiration from their Persona series of games to bring social and date sim-ish elements to the mix. As one of the few male characters among a virtual harem of lovely girls, you’re free to chat them up through dialogue trees that let you either flirt or dump on, depending on your tastes. And for the guys, friendships with other characters can be built up in a similar way. A new Fate system lets you form bonds with these characters to give you additional combat abilities, team skills and even access to special demons, not unlike Persona 3 and 4‘s Social Link system. Beyond this, your dialogue choices will also determine how the game’s story unfolds, even affecting the game’s ending.

Devil Survivor 2 brings some smaller gameplay refinements related to these social systems. The game’s “skill crack” mechanic returns, letting you seek out enemies you can defeat in order to learn one of their abilities. This time around, through the new social-linked Fate system, you can form bonds that let you share access to a skill crack, making it much easier to acquire special abilities. Fate perks eventually unlock the ability to send demons to another player mid-battle, opening up new possibilities for strategy.

Don’t spend all your time chatting up the game’s many cute girls, though, as you’ll need to set aside some for customizing from trial and error and some repeated battles. The first game’s difficulty bar was already set pretty high, but Atlus has turned it up even higher in this sequel with battles that are so difficult that I came dangerously close to snapping my DS in half.

Even with this being my favorite genre, and coming from my favorite publisher, I quit out of rage so many times that I lost count. Much of this has to do with unforgiving victory conditions that that will have you turning your demon inventory inside out trying to find a solution, with some battles requiring a very precise combination of demons or abilities to complete, almost as if the the battles themselves were to serve as cruel puzzles. Even well-versed tactical strategy players will find that the solutions to these victory conditions are not immediately apparent in some battles, forcing you to dig into the summoning system to find anything that could bail you out. While the game does lay out the entire playing field and initial enemy set for pre-battle inspection and planning, there’s too many instances of mid-battle objective changing, making for some highly frustrating missions. 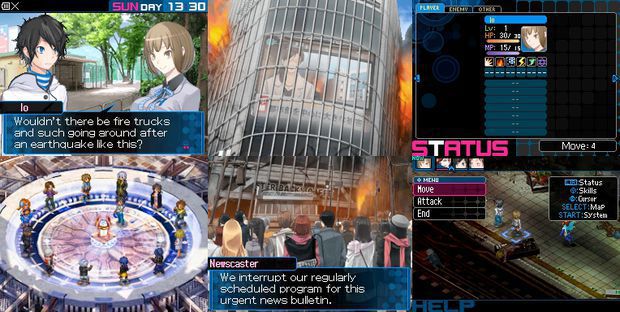 This unforgiving difficulty seems a bit out of place in a portable title. I found myself playing through battles half a dozen times, losing sometimes an hour of my life each shot, making for some days where I did not progress at all. Each time I lost, I was forced to sit through a painfully lengthy and unskippable death cutscene and then work through all of the story text and dialogue trees, both of which are also unskippable. This made restarting a battle a chore and made long stretches of restarts aggravating. While finally completing a battle by figuring out the proper ability or demon set is always rewarding, there is always a possibility of the DS’ battery or the player’s patience expiring first. On the upside, the difficulty in this game surrounds planning and problem solving, and does not get stuck on the need for grinding. Like it’s predecessor, DS2 forces you to wear your thinking cap.

Though some of the newness and shine of the original game has worn off, many of the refinements work to make Devil Survivor 2 engaging in different ways. The Fate system works alongside the selectable branching episodes to bring you closer to the characters, making them feel more like friends, and not just party members. Also, the slight tweaks to the demon collecting and customization systems give the player a higher degree of control, making for battles that feel more involving and less static. The story this time around is a bit drawn out, and it sags in sections early on, but when it picks up it really draws you in. Plus its wide range of social and moral choices will always have you guessing if you’re headed down the right path. Players can also expect some surprising story twists with key characters, making for a story that feels quite a bit more exciting than Devil Survivor‘s.

As both a strategy RPG player and a Shin Megami Tensei series fan, the original Devil Survivor sent me to spin-off heaven. I’m pleased to report that Devil Survivor 2 is more of the same, this time bringing an even better story, better characters, more demons to collect and a bunch of gameplay improvements. As with the last game, the mix of strategy game movement and turn-based battles opens the door to gamers that might normally shy away from SRPGs, and this time around things are even slightly more friendly. There is a high level of difficulty to contend with, and some play stretches are a bit too long for a portable game, but the rewards are great enough that Devil Survivor 2 is still really easy to recommend to RPG and Megaten fans.