Maybe not the tower defense of your dreams

Tower Defense games are fairly common these days but despite the rigidity of their design, developers still manage to take the basic tenets of the genre and make some interesting titles. Sanctum, Anomaly: Warzone Earth, and Plants vs. Zombies have all been distinct and enjoyable games. Even Orcs Must Die! and Dungeon Defenders did something unique by adding third-person action to the mix.

Shad’O has arrived, attempting to give the tower defense genre a new setting, however, gamers may find it a familiar and all-too-traditional experience. 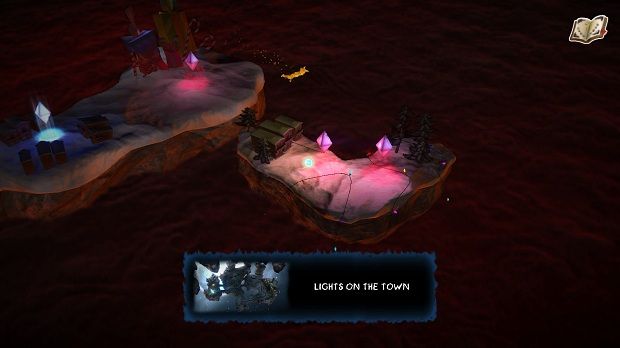 In Shad’O, you control William, a young boy who is attempting to fend off the forces of forgetfulness and shadows to retrieve his memories before they’re lost forever. Aided by his childhood teddy bear, William will travel to different locations of his dreams in an attempt to beat back an ever increasing fog that threatens to cut the link to his past. In each level, there is a memory that the shadows are trying to destroy and that’s what he must protect with his army of patchwork tower companions. But as William salvages his memories, is he better to have left some things forgotten?

Shad’O brings a few interesting dynamics to the tower defense genre, most notably the fog that envelopes most of the level. At the start of a level, most of the map will be swathed in fog and it’s only by placing units that you can disperse some of the gloom. It’s an interesting dynamic — you’ll be forced to place units not only for their offensive abilities but also so you can get a better idea of what type of enemies are incoming along the main paths. You can place units near some light beacons at the beginning of a level and from those points, you can expand your forces to reveal the rest of the map. Maintaining these units is vital as it’s easy to get swamped with foes after losing advanced positions.

However, at its core Shad’O really is fairly traditional tower defense — enemies attack along a strict path (or paths) and the units you place are all fairly standard (e.g., the shooter, the laser, the area-of-attack, and so on). At the start of the game, you have the three basic offensive units and the primary energy retrieval unit; it’s only after the first boss that you’ll be given access to more units with further ones unlocked later on. Shad’O isn’t great at giving feedback as to what towers are effective against certain enemies. With the necessity to reveal more of the enemy path, expanding quickly with lots of cheap units reaps as much reward as careful placement of more expensive and powerful ones.

While units can be upgraded to more powerful and effective versions, you have to unlock the ability to do so after completing a level. You have the option of unlocking up to another two tiers of upgrades or choosing a variety of spells to gain access to instead. Upgrading a unit in battle is as easy and the fact that each upgrade only costs the same as the initial unit cost, it’s an appealing route to take. However, many of the spells are invaluable to progression and can greatly swing the tide of a battle in your favor. Indeed, one particular spell that removes any stun effects on your units became the only way I was able to beat the first boss level. 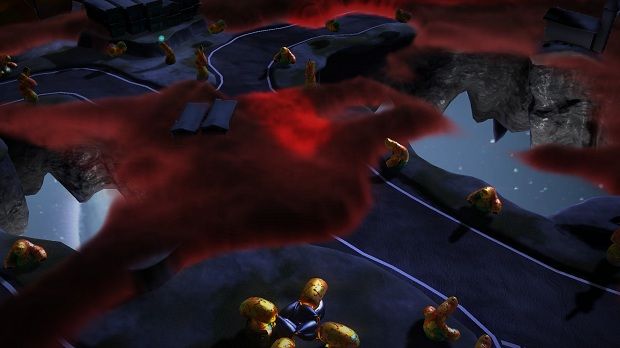 Having a single unlock after completing a level is a big gamble, but a poor choice will stay with you for the rest of the game. Once you complete a level, you’re able to replay it in Nightmare Mode which ramps up the difficulty and rewards an extra unlock. These become vital — stacking spells and upgrading units are a must as the game offers an increasingly steep challenge in later levels. Also available are bonus stages where there is a tweak on the gameplay formula; the reward here is a special permanent bonus or buff. Levels might have a random draw aspect to the units available or a particularly inventive scenario where you have a battlefield full of fully upgraded units but are only able to activate them one at a time.

Shad’O never takes advantage of its dream setting to make some really interesting levels; despite some eye-catching backgrounds, the levels are always on a 2D plane and look fairly similar. Likewise, the unit and enemy design are fairly standard. The friendly units are like patchwork toys made up of mismatched felt, but there’s some charm to see them fully upgraded with their out-of-place weaponry. The enemy units are blobs of inky shadow with little to tell them apart. When they’re bunched up in a crowd, it can be hard to tell what specifically is incoming. The cutscenes are composed of still images with little animation but they convey William’s sense of confusion and his gradual understanding of why his memories have been disappearing. 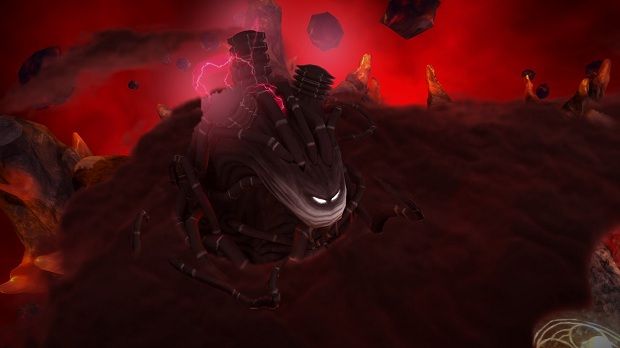 Shado’O offers a solid tower defense experience, albeit one that doesn’t take advantage of its unique setting and story. While mechanically sound, despite some frustrations when it comes to unit placement around the fog, it’s nothing you probably haven’t played before.

Tower defense newcomers should head for Defense Grid: The Awakening, but if you’re looking for a different style of game in the genre, Shad’O might give you some fun hours.