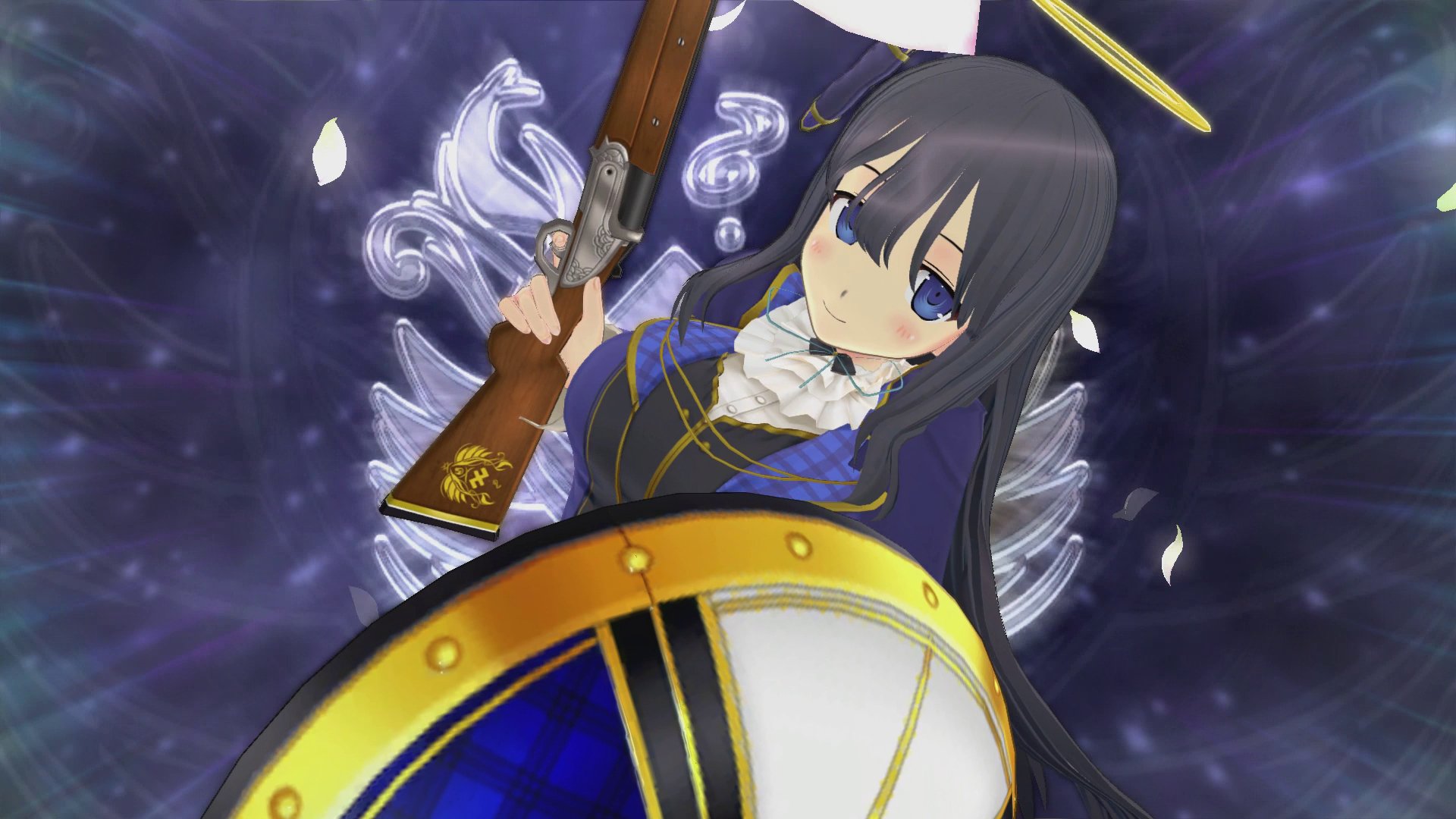 We’ve all heard the expression “sex sells.” It’s the idea that our brains are so hardwired toward carnal pleasures that we’ll buy anything so long as there is a pretty face and a nice ass we can associate with it. But let’s be honest, that’s not true.

No amount of sex can sell a product you know to be crap. So while I can appreciate Carl’s Jr (or Hardee’s for you east coasters) trying to tempt me with a nearly nude Emily Ratajkowski straddling a hamburger, it’s not going to work because I already know that story ends with me suffering from indigestion due to their disgusting, flavorless meat circles.

Same goes for video games, and the Senran Kagura series in particular. No amount of boobs pushed up against a screen or bare butts smacking into one another will convince me to spend $50 if the actual gameplay is garbage. You have to give me more than sex if you want to sell, and thankfully Senran Kagura Estival Versus has plenty of fast paced beat-em-up fun to go along with its nearly nude heroines. 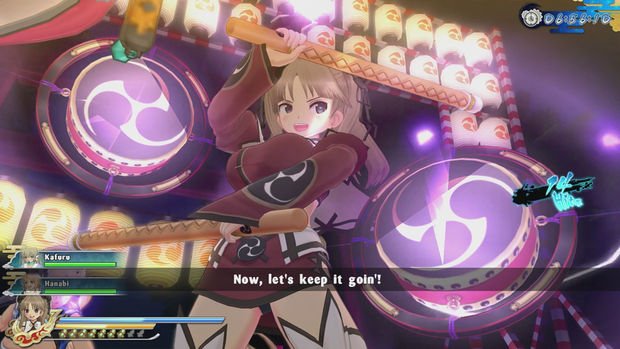 Senran Kagura Estival Versus takes place in the near immediate aftermath of Shinovi Versus. The girls from each of the four shinobi schools are whisked away to a tropical island where they’re forced to participate in the Kagura Millennium Festival. As one would expect, the story strikes a serious chord that deals with the complicated issues faced by young girls, many of whom suffer from serious psychological issues, as they are forced to balance the deadly, age-old traditions of the shinobi with the temptations found living in a modern world.

I’m just kidding, this is a game where one character demands you call her a “dumb bitch” because it gets her off and another suggests a panty eating contest.

While that last sentence is 100% factual, it’s a bit unfair to strip the plot down to the stereotype we typically associate with this series as there is a fair amount of heavy storytelling going on. The Millennium Festival gives characters a chance to reunite with lost loved ones and they face a choice between staying in this mysterious beach paradise to be with those they miss or returning to the real world to finish their shinobi training. The Millennium Festival is the driving force of the plotline, however the game doesn’t seem all that interested in getting you, or its characters, excited about it. Much of the game is spent with the girls soaking up some sun as they discuss whether or not they even want to participate in the festival because, “it’s so sunny out and I want to see everyone in their bathing suits and grab boobies and talk to zombie grandpa.“

If you’re unfamiliar with series you’re shit out of luck as there is zero explanation of who any of the returning characters are, and they constantly reference events from prior games. Estival Versus is so uninterested in engaging you in the history of this franchise, there is a moment in the game where a couple of shinobi are talking about how much one of the girls has grown (I assume they’re talking about her boob size), and instead of using three sentences to tell you what they mean, the game suggests you stop playing it and go watch the Estival Versus OVA.

Outside of the story segments, you’ll find a familiar combat system based around a two button attack set-up that allows for experimentation with well timed dashes and parries. There are still shinobi and frantic transformations, each with their own stylish undressing of the character, as well as wall running attacks and joint aerial attacks with a partner character. Don’t expect your partner to be of that much help as they generally have an intelligence level equal to that of a potato.

While the tools at your disposal are still very much the same, something about the combat is off in this game and I think it has to do with the overuse of the break mechanic. Pressing down on the D-Pad activates the break which pushes back the enemies directly surrounding you at the cost of the little bit of health. The move is extremely useful if you’re ever getting it from all angles, but it tends to be the attack enemy shinobi use most. I can recount multiple instances where I would hit Yomi or Mirari with a single attack, only to have them ruin any sort of potential combo with a break. Multiple fights just boiled down to an enemy and I breaking each other back and forth. Thank god the grunts you mow down don’t have this move at their disposal. 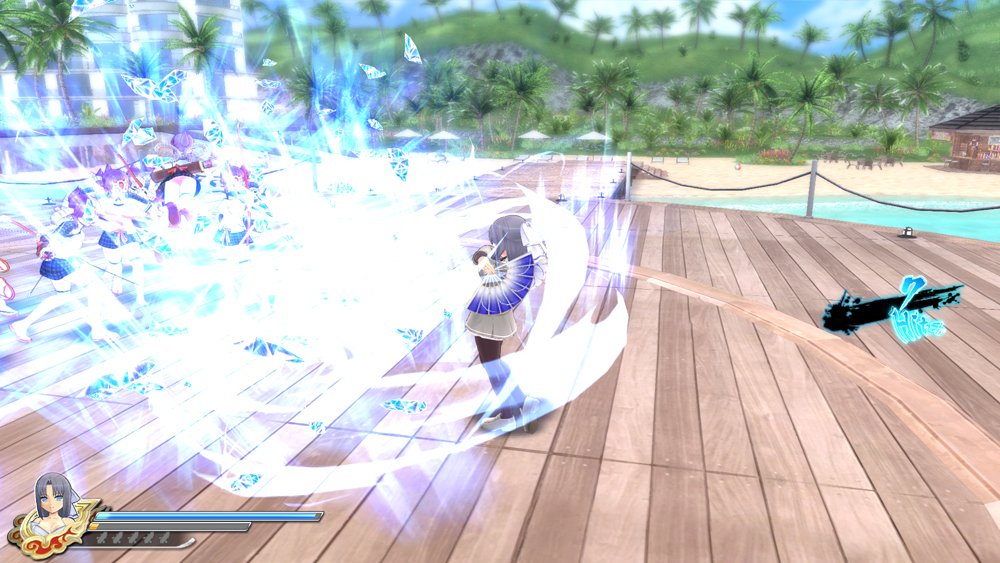 The constant breaking wouldn’t be as much of an issue if your attacks had any weight to them. You can unleash what you think is a devastating combo on an enemy, only to have them just stand there as though you’re smacking them around with a goose feather. So long as they’re not in a falling animation, they can use break or start their own combo attack on you whenever they please. If you don’t master the parry system, matches can become a test of patience rather than a test of skills.

Also testing your patience: repetitive scenery. Most of the levels are HD recreations of stages from prior entries in the series. When you’re not smashing and bashing your way down memory lane, you’re battling on the same goddamn beach stage again and again.

The story mode does a good job of introducing you to all of the 27 available characters in the game. Returning characters feature updated move sets (making Hibari finally worth playing again) and the newcomers are a welcome and diverse addition. Renka, with her taiko drumsticks, became a personal favorite for me as her combo setup really gelled with my preferred way to play the game. Most of the characters have their own play style that can take time to master, but you’ll still be able to button mash your way to victory (if you can really call getting a D grade at the end of every level a “victory”).

Outside of the story mode are individual challenges for characters that you unlock throughout the game and special challenges that really test how well you’ve mastered the combat system. If you find yourself a new waifu, you can throw her into the diorama mode where you can pose your favorite girls in the many, many costumes you’ve unlocked. With a variety of poses and facial expressions to use, you can have your favorite shinobi strike a power pose in full dress or strip them down to their skivvies as they beg with tears in their eyes like it’s the first five minutes of the world’s most kawaii snuff film.

There is also an online mode, however there didn’t seem to be anyone online during my time with the game. If the hours spent with Senran Kagura 2: Deep Crimson are any indication, that will be true even after the game launches. 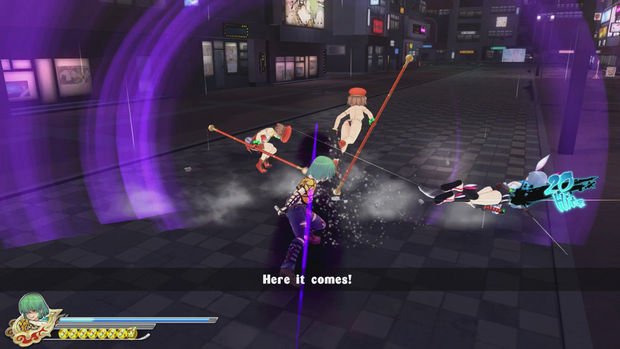 For those wondering about the Vita version of this game, XSEED sent over review copies of both versions of the game. If you only have access to a Vita I will say it is very much playable but know that it’s a downgrade from the PS4 version in nearly every way. The frame rate is slower, character models have a stiffness to them, there are less enemies on the screen, longer load times and the graphics take a hit. While that last one is to be expected, some levels of the game look worse than they should, like the “Downtown at Night” stage which would be considered ugly back in the Dreamcast era.

I had fun with Senran Kagura Estival Versus. The beat-em-up combo system is just as enjoyable today as it was in the first game, and there is something quite rewarding about studying the move sets of the new characters and also throwing them into a sexy diorama to “study” something else about them. I wouldn’t say it’s the best entry in the series with the excessive use of the break mechanic and the story does the game no favors, but the combination of flashy action and fan-service kept me satisfied throughout.