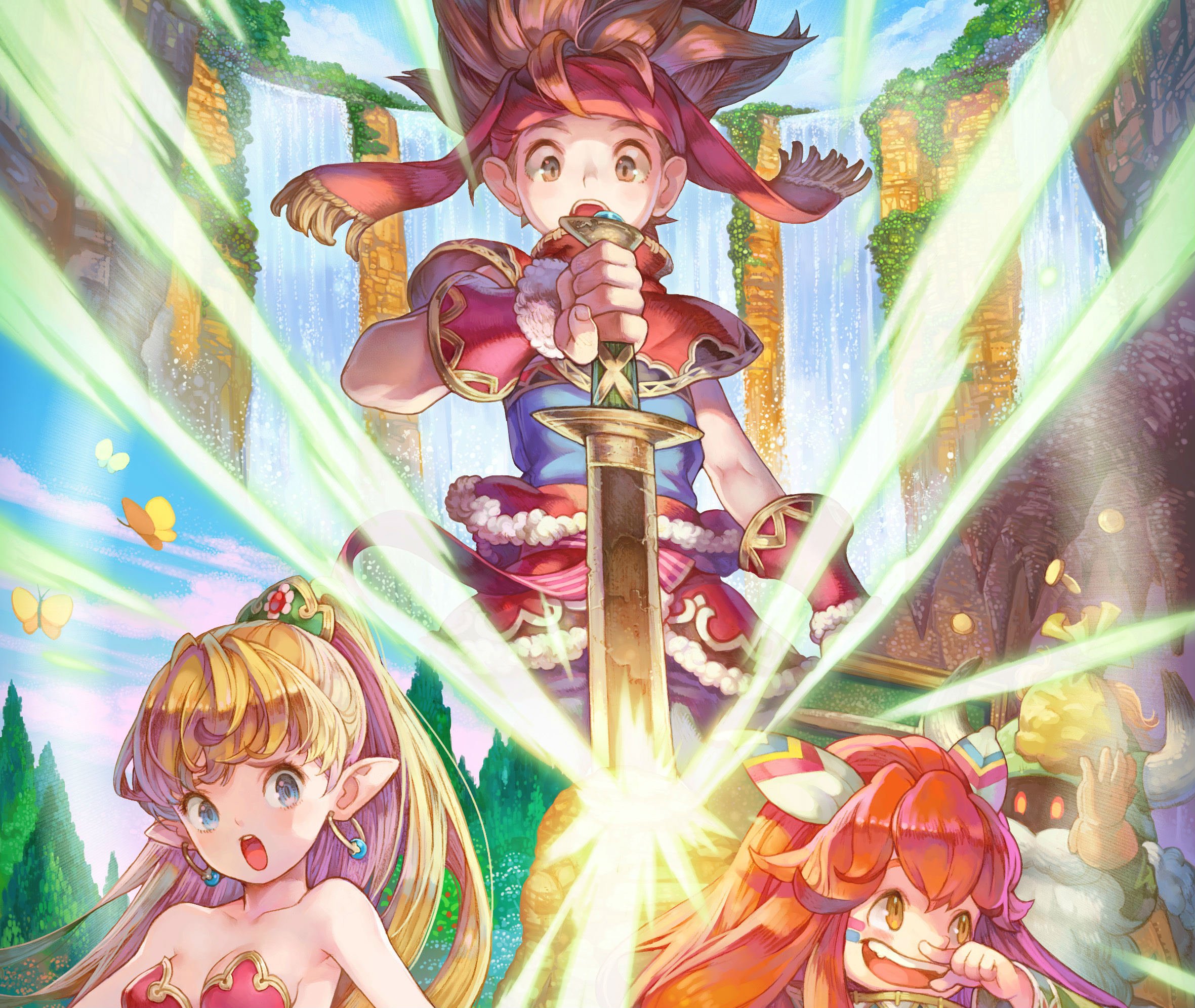 Secret of Mana memories have been popping up like daises and inserting themselves into my life. I have so many memories of replaying this classic, from solo runs to two-player marathons at my friend’s beach house, to full-on three-player parties with the SNES Multitap.

Just recently it also came back in a big way on the SNES Classic system, and now, in 3D-remake form on several modern systems. The ability to compare both takes almost simultaneously has been enlightening, and allows for a lot of the flaws of the 3D version to shine through. 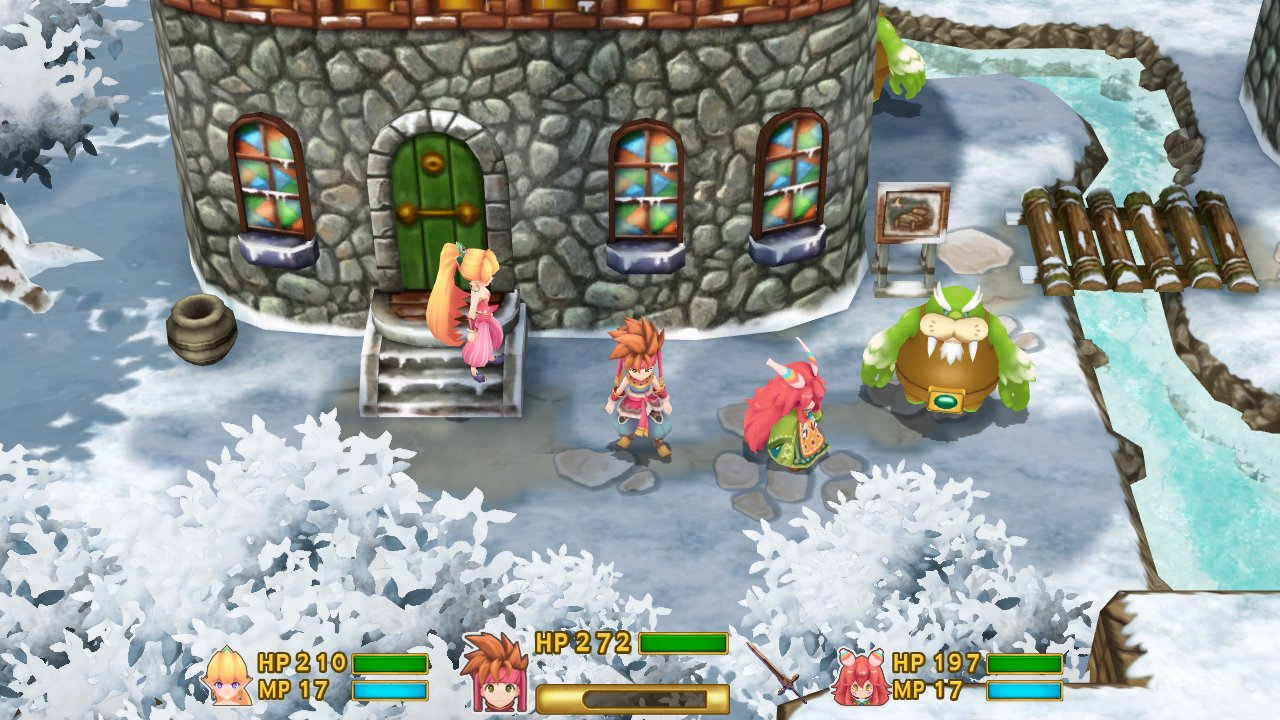 Secret of Mana‘s 2018 remake makes a hell of an impact after the start screen. Beautiful art engulfs players right away, coupled with a full-on voiceover narration (available with dual audio if you wish). It’s the kind of thing I’ll occasionally re-watch on YouTube, if not only for the incredible soundtrack — it’s short, but powerful.

Then the wonky 3D art comes into play. It’s not as ugly as the screens look, but it’s not great either. The timeless soundtrack, which has been mostly re-created masks it a bit, but I’m not a fan of the close-up camera when everything looks so massive. Mana‘s voice performances also run the entire gamut of quality, so if you just want consistency I’d just start with Japanese.

There’s a lot of missed opportunity with this new style. The team could have really improved some of the old animations for one. Take whipping across a gap for instance — the party could have cutely held onto one another to fling across in unison, but it’s more janky looking than the original. It’s a bit of give and take, but some of the story beats are a little more poignant with voice acting. Aesthetics aside it’s crazy how similar the remake is. Most of the story beats, locales, and bosses are exactly the same as you remember. If you’re new, you’ll probably start forging your own memories in your first playthrough of this beloved classic, albeit with some less impactful character designs.

Combat is mostly the same, but the 3D style clunks things up a bit. Many enemies seem to have less precise hitboxes, and it’s not always apparent that someone is being affected by a magical spell (I loved the old visual sheen indicators that made it obvious). But the simplistic nature of one melee character and two spellcasters in an iconic three-person party still works. Seeing that “critical hit” prompt pop up is satisfying. Trigger shortcuts are a nice touch as they prevent extreme menu management, though they’re limited enough where you’re still going to be digging into them a lot. The menus are a bit worse though, as they don’t have the memory of the last selection built in — especially annoying when you’re spamming cure in a damage-heavy battle.

Because it runs on the same skeleton as the original, its dungeon designs are still sound. A retro-style map in the top right hand corner is annoying at first, but is something you get used to — not to mention it’s aesthetically pleasing, practical, and a nice little homage to the original. Most of the terra firma is intact. That old school feeling where you explore a dungeon for an hour and finally find that false wall you missed. Or the aimless wandering…oh how I love that there isn’t a flashing breadcrumb trail or giant blinking mini-map icon. And those feelings when you find a new item tier at an advanced item shop, or revisit an area and absolutely destroy it because of your newfound upgrades…priceless. A much easier drop-in, drop-out co-op system (which works great on PS4) is an upgrade if you’re going in with friends.

My main problem is that several of the areas are now lifeless where they were once lush hotspots teeming with character. The 3D effect cheapens a few of the big reveals, especially bosses that were originally presented with gorgeous spritework with grand entrances. I wish most of the work that went into adding in the extensive voicework and extra inn banter scenes was spent elsewhere polishing up the look. I mean just gaze at the art at the very top of this review — it’s incredible! I wish the remake was anywhere near that breathtaking. 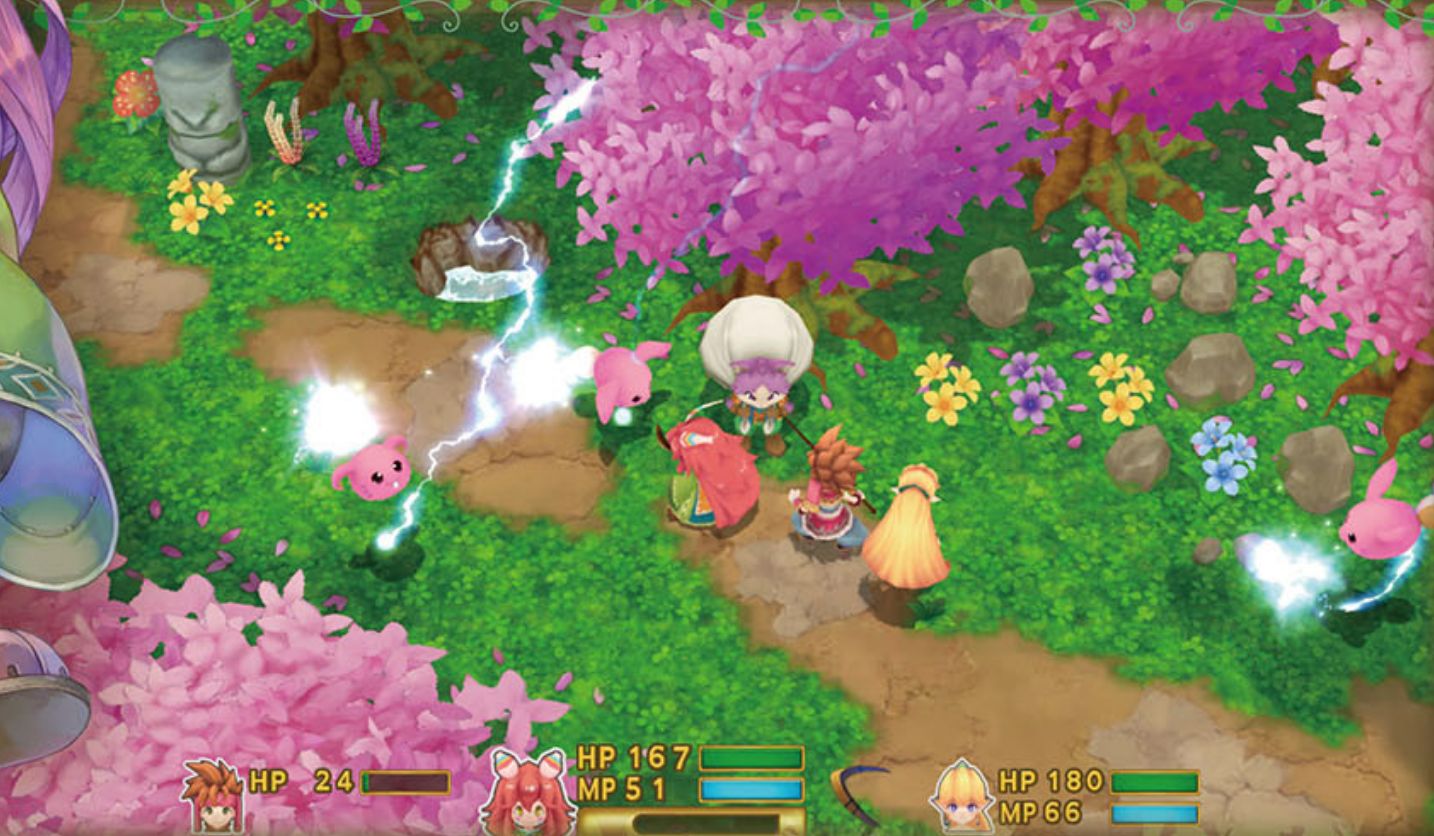 You may as well just play the SNES version, even if it’s the first time you’re ever picking up a Mana game: the original spritework is able to pick up the slack of a few of its inherent shortcomings, which are only exasperated by the swap to 3D. Secret of Mana is a fighter — it’s going to take more than a few flaws to take it down.