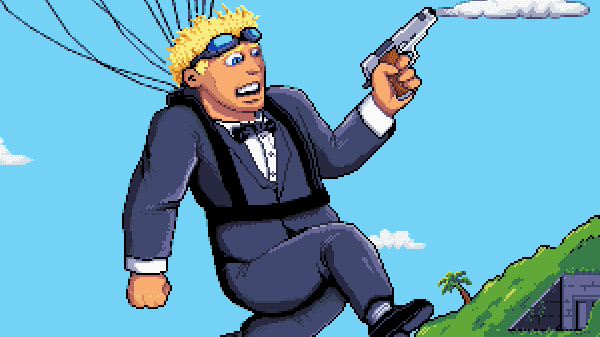 The computer needs a floppy disk to operate

Corrupting my mind with the power of video games was something of a family effort. Many of my cousins, aunts, and uncles, sat me in front of their computers to try out the latest releases. My Uncle Kevin treated me to games like Doom and Myst, my Cousin Ryan to Command & Conquer, and my Aunt Karen to Duke Nukem and Secret Agent. Even better, none of them told me it was a waste of time. So, thanks, family.

Apogee has seen fit to reach into my memory and pull out Secret Agent for a remaster. Once again, I’m five, sitting in front of my Aunt’s IBM PC compatible, poking away at shareware. This time, I have a better chance of understanding and finishing the game with my powerful grown-up brain. If anything, it’s just an excuse to dive back into the good old days of 1992, but it’s an excuse I’ll gladly take. 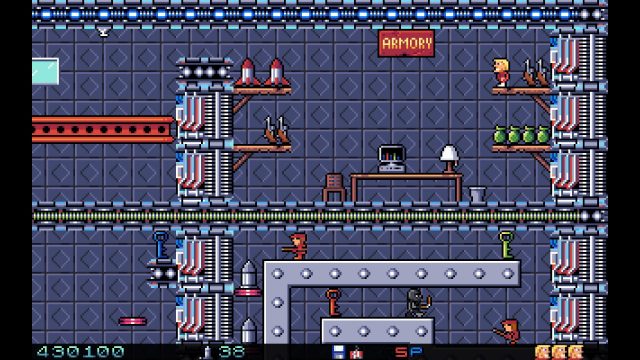 Secret Agent stars totally not Roger Moore’s James Bond, Agent 006, as he tries to stop the Diabolical Villain Society from building a death satellite or something. This was shareware; if you were lucky, the story was told in the help menu.

You’re placed on an island with sixteen evil installations on it, and you must infiltrate each one to succeed. The sixteenth requires you have cleared the other fifteen before it will let you in. Once that’s complete, you win. Onto the next episode.

It’s a nice balance between puzzle and platformer. You have to gather various items to reach areas in the level to obtain other items, destroy the satellite dish, and use dynamite on the door to escape. This involves some tricky platforming, proper use of items, and the ability to dispatch enemies without wasting too much ammo. Nothing about the puzzles will really wrack your brain, but the two elements mix together in a pretty satisfying way.

By the way, your bullets don’t immediately kill the henchmen in Secret Agent. For some reason, the enemies are stacked, so if you shoot a thug, he turns into a ninja master, then into a ninja, until you’ve shot through all his forms and they turn into a tombstone. So, you’re not wounding them with your bullets, you’re demoting them. Stripping them of their prestige until they die from a loss of pride. 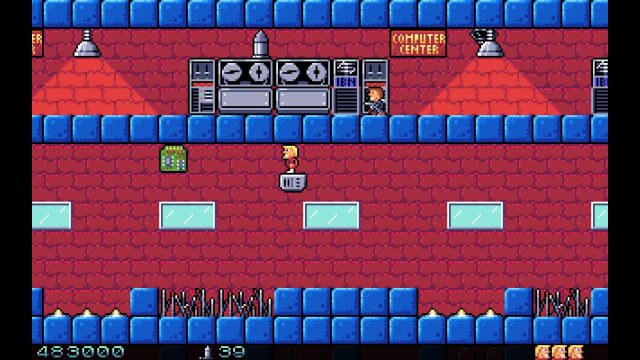 Let me back up for a moment and explain what shareware is for the youngsters among us. A few publishers, Apogee especially, would allow you to download or otherwise acquire the first episode of their game for free, then if you liked that, you could mail in to get the full version. It was great. If you bought a computer, it would probably come preinstalled with a bunch of shareware. Even if it didn’t, I bet your local computer shop would give you a floppy disk with a bunch ready to be installed.

Really, though, it was the drug dealer business model. The first hit is free, children, but after you’re hooked, you have to pay. 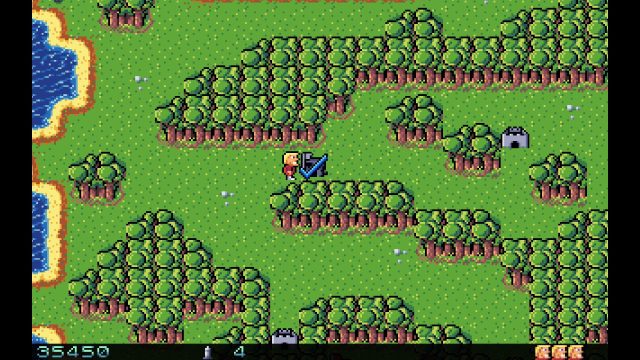 DOS games of the era were also usually ugly because developers wanted to support the still widespread Intel 8088 processor. Secret Agent wasn’t exactly pleasing on the eyes or ears. Sound was played by the PC’s internal speaker and the graphics had little color or detail.

Secret Agent HD addresses this by updating the graphics just a smidge. Calling them “HD” might be stretching it, but they’ve updated the 8-bit oddities. There’s more shading, color, and animation, but it still sticks to a pixel art style very similar to the original. If it’s been a while, you might not even notice the difference, but it’s there, and it works.

You might not even notice that a soundtrack was added. In the original release, there was nothing backing the gameplay, but Emberheart has gone the extra mile to create some pretty decent tunes to fill the silence in Secret Agent HD. What makes them more impressive is that it’s hard to tell they weren’t composed at the same time as the original game. They’re chirpy MIDI compositions made to sound like classic Adlib. It’s a surprisingly fitting inclusion. 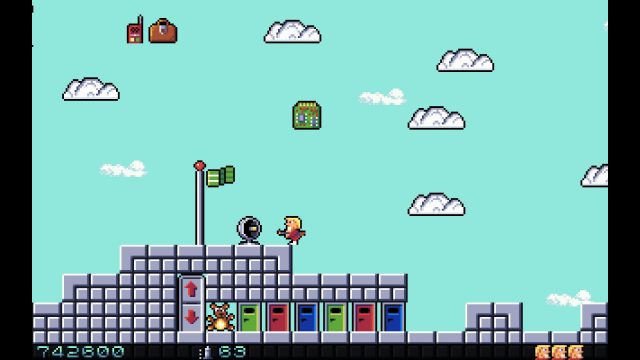 There are a few flaws to the overall design of Secret Agent, but they’re not big ones in the grand picture. The most annoying is that the game will sometimes try and trick you into wasting keys or spending them out of order. Once you realize you can no longer proceed, the only option is to mash restart. That’s not really testing a player’s observation skills or their puzzle-solving ability, merely their clairvoyance, and that’s just not cool.

However, since the levels are so short, it elicits more of an eye roll than a smashed keyboard. The same goes for its frequent backtracking. Many of the levels require you to trek across them to get an item to use something that was right beside you at the start. Again, it’s not necessarily the best design, but it’s also not too frustrating given the short distances you have to travel.

The original three episodes are also very similar. Compared to something like Duke Nukem, which was released a year earlier and had different themes for each episode, this seems like a step back. Not that they’re related games beyond publisher, but I don’t see why each episode had to be an island infiltration.

Thankfully, the added fourth episode feels like the needed progression. Extra enemies are added along with a couple of new power-ups, and the whole thing caps off with what feels like an appropriate ending. It’s a decent set of levels to boot, delivering new challenges without feeling too divergent from what came before. I played Secret Agent HD pretty flat out. I ate through the episodes hungrily until I hit the end. For all its flaws, it’s an easy game to get sucked into. The levels are just short enough that I fell into the “just one more level” trap. The inclusion of leaderboards, additional difficulties, and a level editor help extend the game’s lifespan and breathe new life into it.

I don’t want to set expectations too high, however. This is a ‘90s DOS platformer, so it may be a little antiquated for some. There’s no plotline to get immersed in, the design is deliciously simple, and it’s not all that lengthy. But for $7.99, there’s no better way to experience this little shareware gem. It’s a lovingly definitive version of an already enjoyable game.