Gotta get back to the past: wait, too far!

It ruled in 2001 and it ruled in 2017 when it came back. Genndy Tartakovsky is frankly still an underrated talent in terms of being one of the most prolific storytellers of the past 20 years; a title partially obscured by the boat loads of cash he got from the Hotel Transylvania series.

While Samurai Jack: Battle Through Time tries to capitalize on the resurgent popularity of the show’s latest season, it doesn’t really succeed as an action game or a  adaptation. 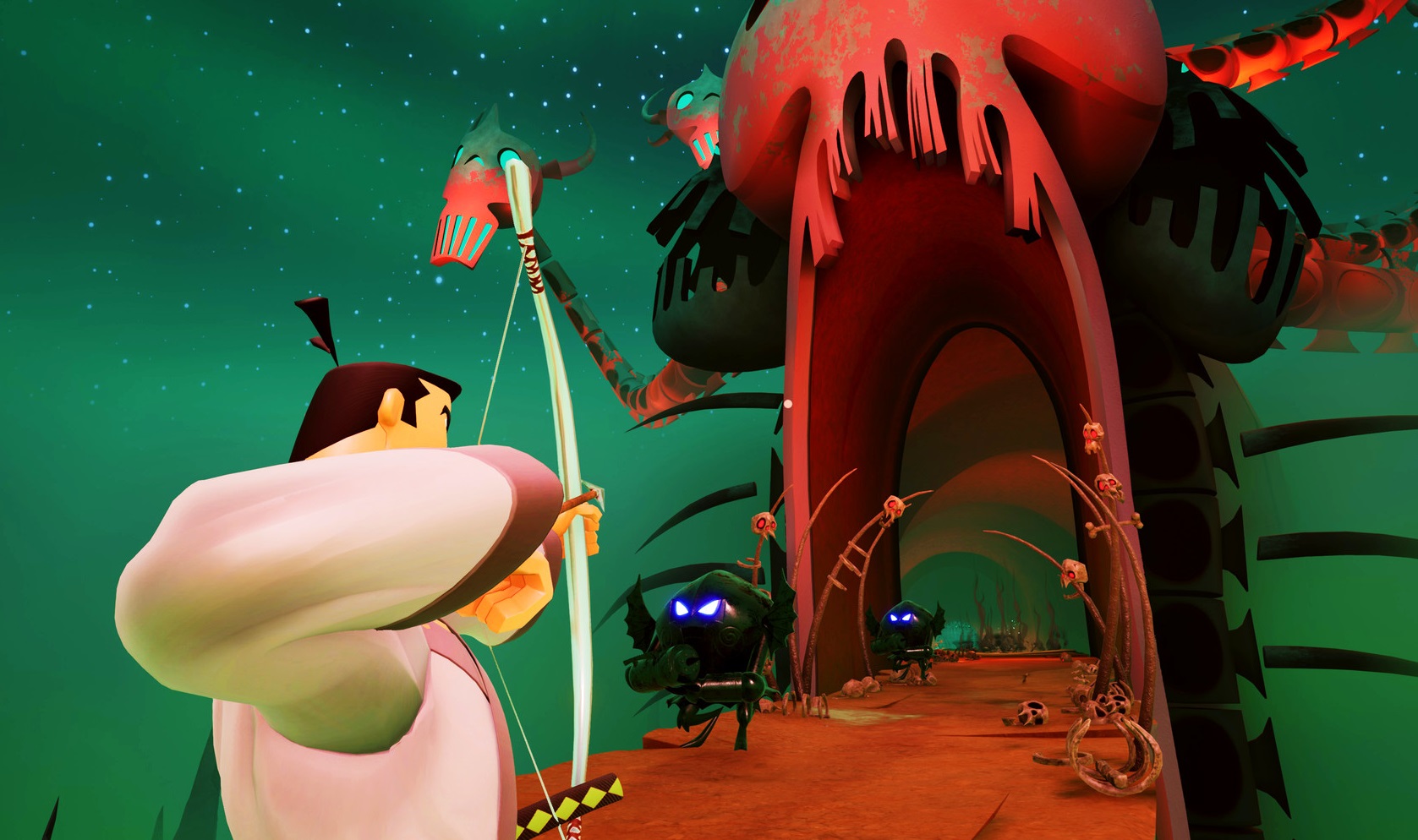 Battle Through Time is a low key re-telling of the events of season five, and is heavily reliant on characters that appeared in the 2017 revival. I say “low key” because the story is more of a guideline, re-using clips from the show as cutscenes and hurriedly rushing through the narrative that the game kind of assumes you already knew about.

Outside of one neat moment near the end, Battle Through Time is a lot of retreading throughout nine linear time-hopping stages. Nearly every story beat is the same: you start a level separated from Ashi (Jack’s love interest), get sent through a portal, deal with a threat, then shuffle to a new portal as you search for Ashi and attempt to defeat the evil Aku once and for all.

You might be thinking: “that’s kind of like the show!” But the television series actually has emotional moments and character development packed in among all of the dazzling action sequences.

Once you’re done (complete with a very abrupt and not-satisfying ending), you can tackle several unlocked challenges or replay everything on one of four difficulty settings: if you finish the game on hard, you get an endless mode for your troubles. It’s not worth replaying though, as it’s a startlingly average experience from start to finish. In fact, Battle Through Time‘s problems are evident very early on and are plentiful.

Levels often feel empty or devoid of life, with similar enemies (accompanied by so-so AI that is easily stunlocked or mostly meanders around) flooding gated arenas. The game even re-uses minibosses frequently (one appears in nearly every level): with one section re-using the same two enemies multiple times. Although cutscenes (again, ripped from the show) and a few other portions of the game are fully voiced, many sections (including nearly all in-game content) lack voice performances entirely. Any cast reprisals are well-handled, but are sadly few and far between.

Its action framework is very rudimentary, complete with lots of gates for unlocking new abilities. I can see where they were going with it for sure, but it just isn’t there. Weak and strong attacks can be weaved together for light combos, along with a dash (which evolves into a roll), a block mechanic (which can be altered to parry and counter) and a double-jump. You can also swap between multiple melee and ranged weapons, the latter of which require ammo: with all weapons outside of a select few (like the base sword or your fists) governed by durability.

Weapons break very easily, which feels completely pointless for such a short linear game. The odd design choices don’t stop there though, as upgrading talents (across three skill trees) requires multiple reagents. It’s cumbersome and hampers the development of your player character’s build, as most of the time the upgrades merely add more variety into the mix. For the most part, you only need your base weapons and a good dodge reflex. It’s also strange when juxtaposed to several other designs; like the time one of my fun bows quickly broke in a boss fight, prompting me to swap to a 50-stack of shurikens to spam at a boss that didn’t have ranged attacks. 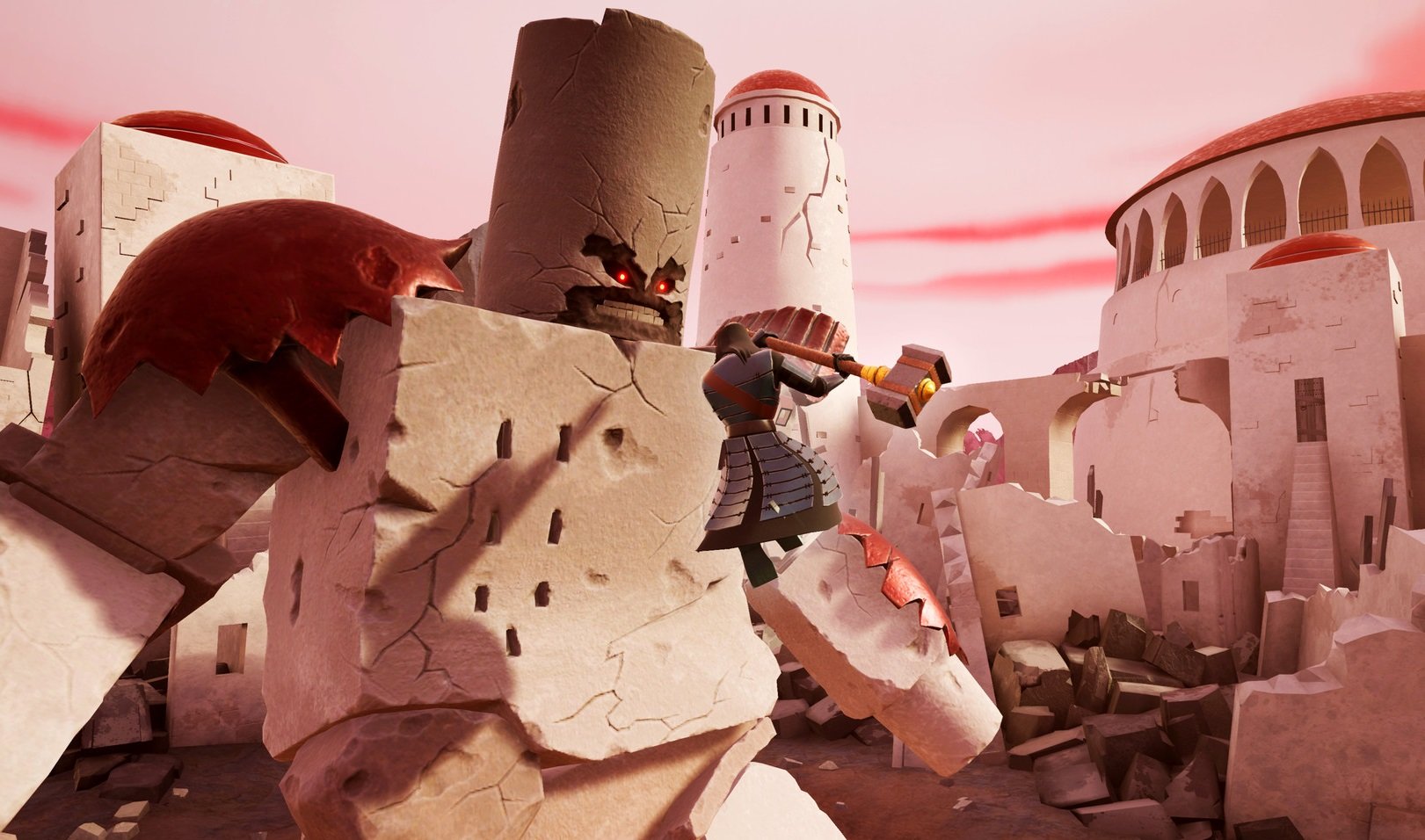 I was only able to test the Switch version, and while the framerate takes a slight hit, it’s not egregious most of the time. I did, however, encounter around one glitch per level, like enemies moving out of the boundaries of a closed arena (they always came back). Fortunately, I didn’t experience any crashes or game-breaking glitches.

Samurai Jack: Battle Through Time is a weak adaptation of the series, but the action mechanics just aren’t all there either, dragging it down even further. With a few tweaks it could be a fun little weekend mascot game, but as is, this adaption isn’t going to appeal to just about anyone.

If we’re adapting Genndy Tartakovsky works again, can we get a proper Primal game next?