In recent years there has been an uptick in the number of games that wear their difficulty on their sleeves. Countless games on Steam right now talk about how hardcore they are and how they will beat you down to the point of quitting and crying. Most of these games do it by stacking the deck against you or not really giving you the tools to properly defeat your foes. It’s the good ones that give you the tools to win, but also give those same tools to the AI as well as the skills to use them well.

RUINER, I’m happy to say, is one of those good difficult games. But hard gameplay alone does not a great game make, there needs to be more to round out the difficultly and keep you coming back for more. You need a world, a story, a character, or something that gets its hooks into you and makes you pick the controller up off of the ground that you just threw it onto. RUINER will have that masochistic pull for some but for others, I wonder if they will not be as easily hooked. 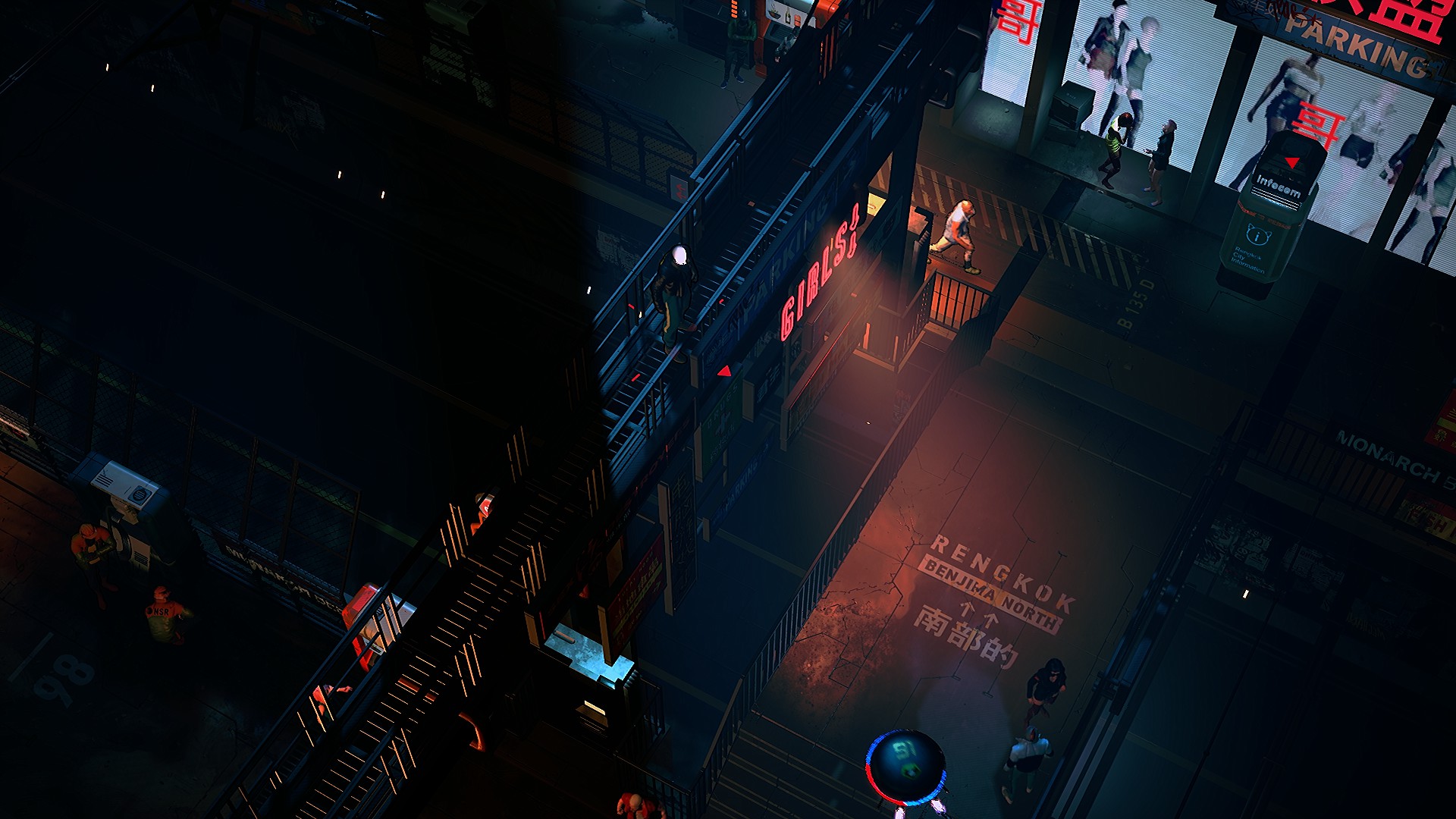 RUINER at its core is a cross between a twin-stick shooter and a bullet hell that is slathered to the hilt with futuristic science-fiction overtones. The combat is kinetic, varied, and most of all fast. You always need to be moving or else you will face a quick death.

To stave off your own death while bringing it down upon your enemies, you will have at all times a pipe and an upgradable machine gun with unlimited ammo. Better and more varied weapons can be procured in each level but everything outside of your base equipment has limited uses. This can get a little annoying when you finally find a gun you like, but it never really feels unfair as the base weapons are formidable and at times I found the base gun more useful against certain enemies. 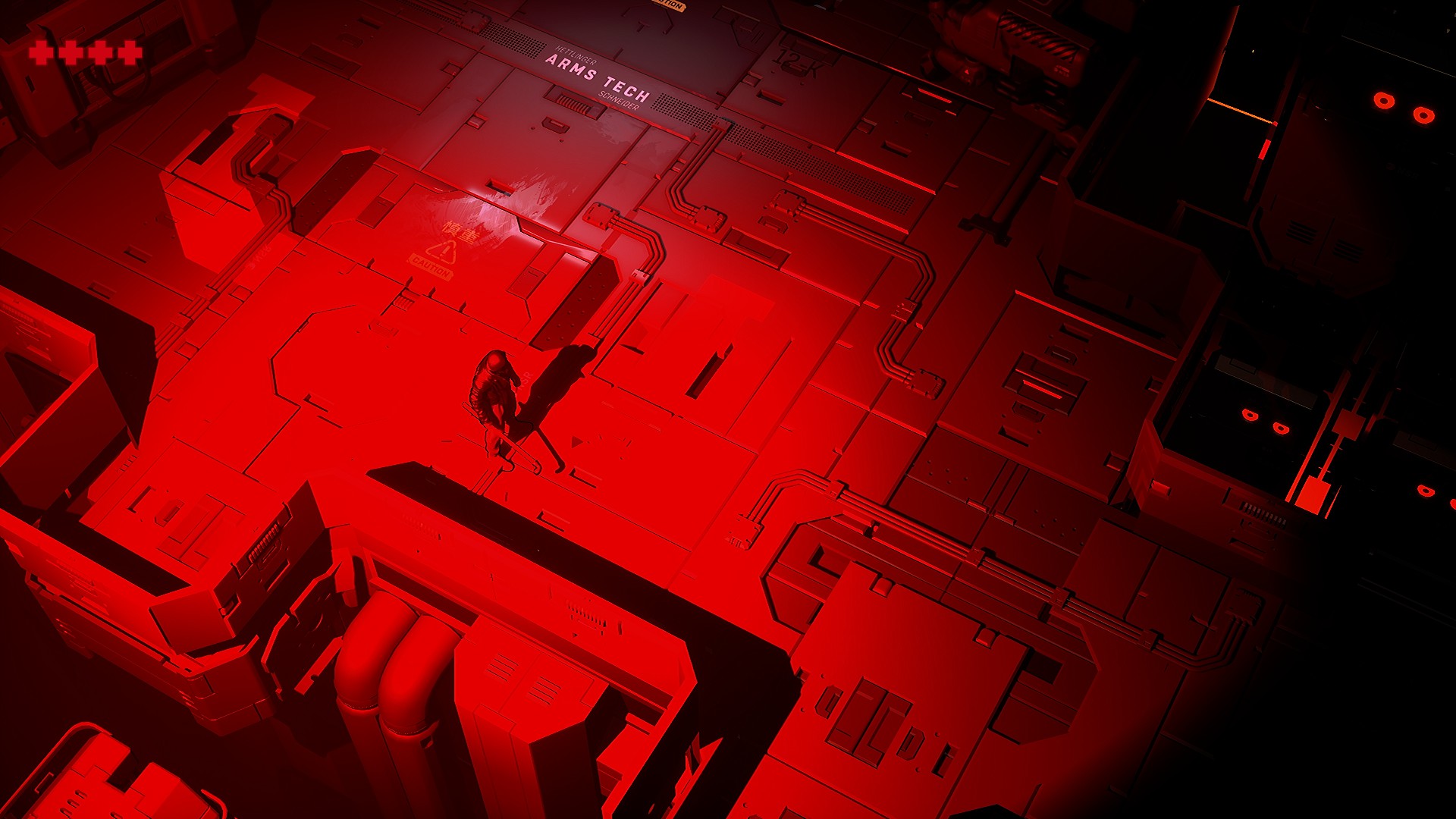 Along with weapons you also have abilities that really give you the upper hand against your enemies, until they can start using the same ones. The abilities are about what you’d expect for a twin-stick or bullet hell: you’ve got a dash, various shields, stun grenades, berserker mode. Nothing really out of the ordinary, but you can tell the combat is designed around you mastering the abilities given to you.

Abilities are unlocked and upgraded using skill points that you gain from leveling up as well as doing side quests in the hub world. One of the things I really love about the game is the fact that you can change your abilities and skill points assigned to them at any time. It both feels very appropriate for a world filled with transhumanism and is also integral to your success against ever-changing enemies. The game never really lets you stay with one ability set and instead forces you to adapt to different situations by throwing enemies at you that have different strengths and weaknesses that can be exploited with your available abilities.

There are a few abilities that I found kinda useless such as one that increases your power as your combo level grew, which would be good if RUINER threw enemies at you at a quick enough pace to string combos. On the flip side, a few became a bit overpowered as I neared the end thanks to the ability for me to lock up enemies and breeze through the final few levels and bosses. 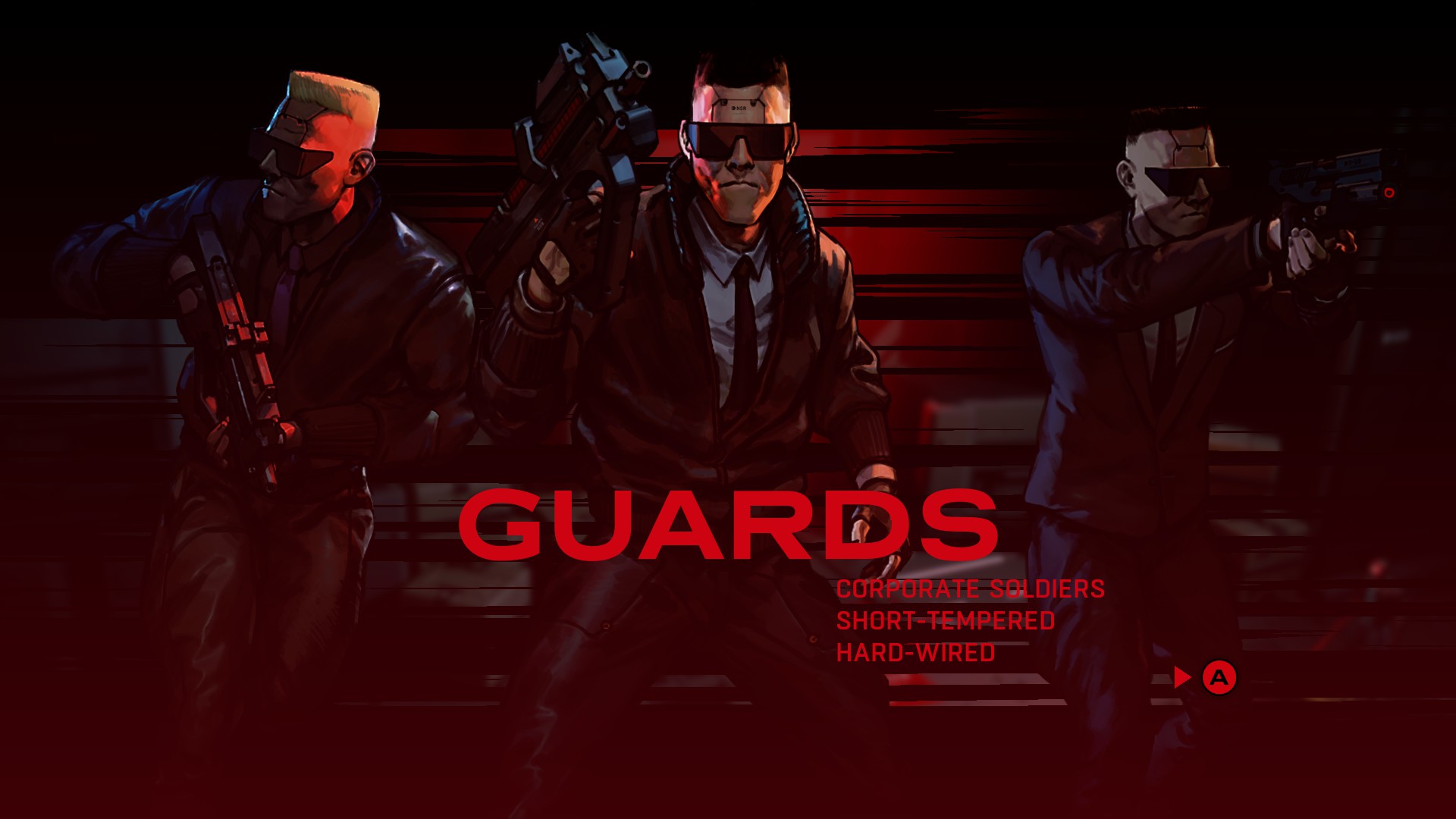 That’s not to say that the game isn’t difficult; when played at the developer-suggested level it is. There are two levels below that though if you don’t feel like wanting to scream at the top of your lungs from your 50th straight death. I chose to go with the suggested level and I can say while it is difficult, the curve is gradual and leads you into increasingly difficult enemies at a comfortable pace. There were a few bumps in the road but ultimately I got through them all and found that I fared much better after I took into account that I was not invulnerable. After that, I started treating RUINER more like a bullet hell while still finding ways to attack and the combat just clicked in my brain. I also found the game more enjoyable on a controller but the option to play on a keyboard is a bonus for those of you who prefer it.

Throughout the game there are three differing types of encounters you will face. Your usual horde encounter, mini-bosses, and as to be expected, boss battles. The horde encounters are nothing really special where you face down a bunch of basic enemies thrown at you incrementally. The mini-bosses are the ones that I found to be both the most difficult and therefore satisfying to conquer. These encounters were usually a single souped-up enemy that had powerful guns and abilities that rivaled your own as well as much more health than your usual enemies. The bosses were interesting at first but as the game wore on they reused mechanics from earlier fights and I don’t know if it was done out of bad game design or to fit the narrative of an overarching enemy.

As far as story, it starts you off with a character called Your Master giving you one single objective: KILL BOSS. After you kill Boss, the story devolves into your usual cyberpunk tropes. Double crosses, corporations as powerful as nations, missing siblings that weren’t mentioned prior to you being betrayed. Overall the story was kinda weak which I wouldn’t mind if the game didn’t try to market itself as story driven. There were some enjoyable and funny moments but they mostly came from the supporting cast of characters instead of the main story. 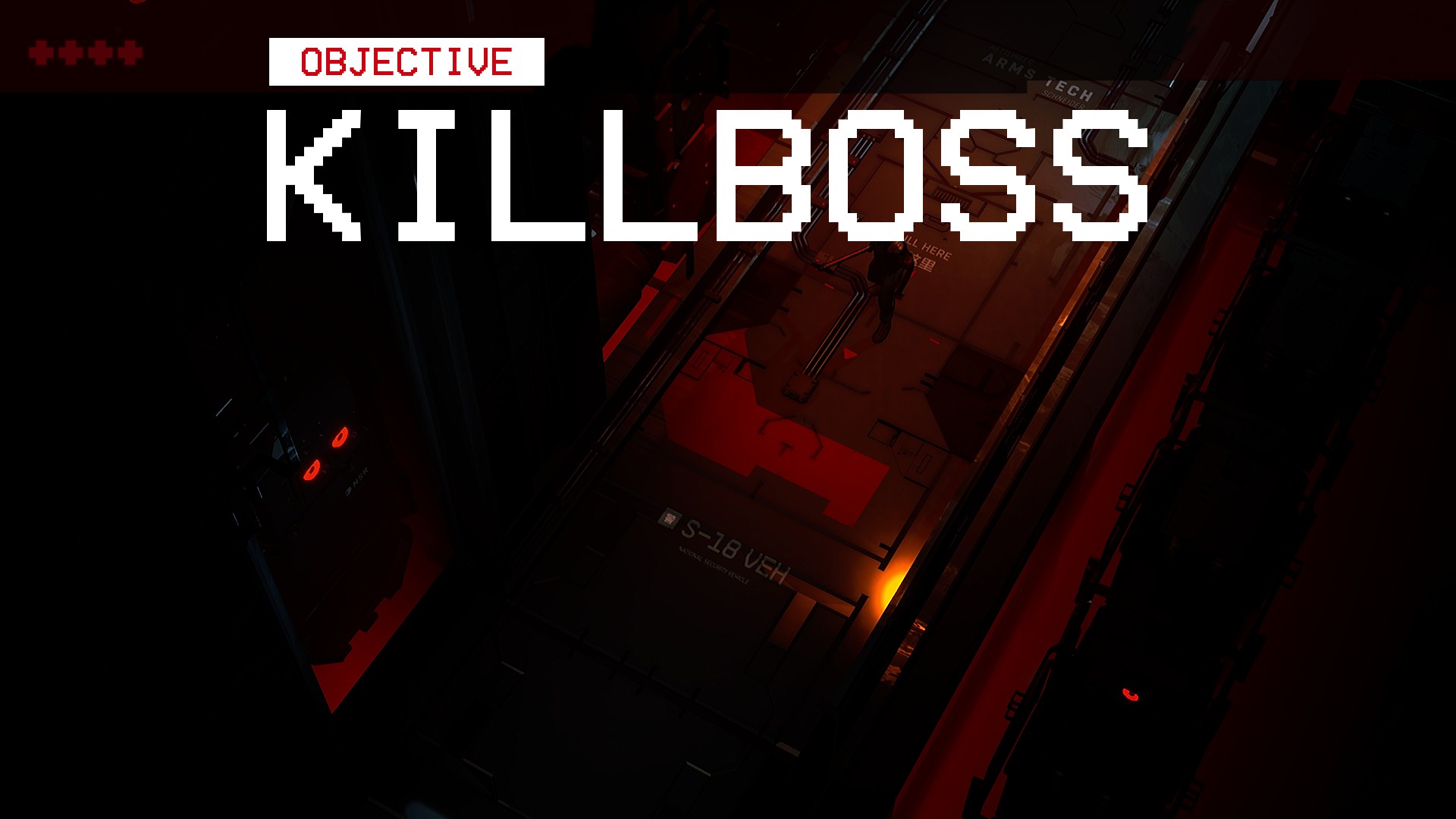 It really disappoints me that the story is so bland too because the world that RUINER takes place in feels so vibrant and well fleshed out. While walking around the hub city of Rengkok you can meet all the usual characters you’d expect to see in a cyberpunk world. Anarcho-hackers who wanna burn the world down, sadists who admire how much pain you put yourself through, state surveillance robotic cats, it’s all here. All of these characters and the rest of the world are fleshed out through an in-game database that rivals the one included with Metal Gear Solid 4: Guns of the Patriots. I took upon these entries with great voracity and upon reading through all of them it just feels like they left so much on the table with regards to using that world well. I suspect some people will get more mileage out of the story than I but this is clearly a subjective issue.

Aesthetically the game looks and feels amazing. The use of red as a prevailing color really aids in creating an atmosphere of paranoia and danger. At times the levels get a little dark but thankfully all enemies are outlined in red so you can see them even in the dark. The soundtrack is just where it needs to be for every part. In the hub world, a song of almost sad longing plays that you could swear was being sung by someone on a nearby roof. In combat though, the music is filled with just the kind of adrenaline electro music you’d like to hear as you drive a pipe into someone’s head.

The only technical issue I have is at the time of writing this review you could only have one save slot. I don’t know why this is a problem in games all of a sudden but I lost all of my progress trying to recreate a patched out glitch that I had found in an earlier build and it’s a little more than annoying. As far as endgame content, the lack of a leaderboard or arcade mode feels like a missed opportunity but it’s nothing major and doesn’t detract from the base game in any way. 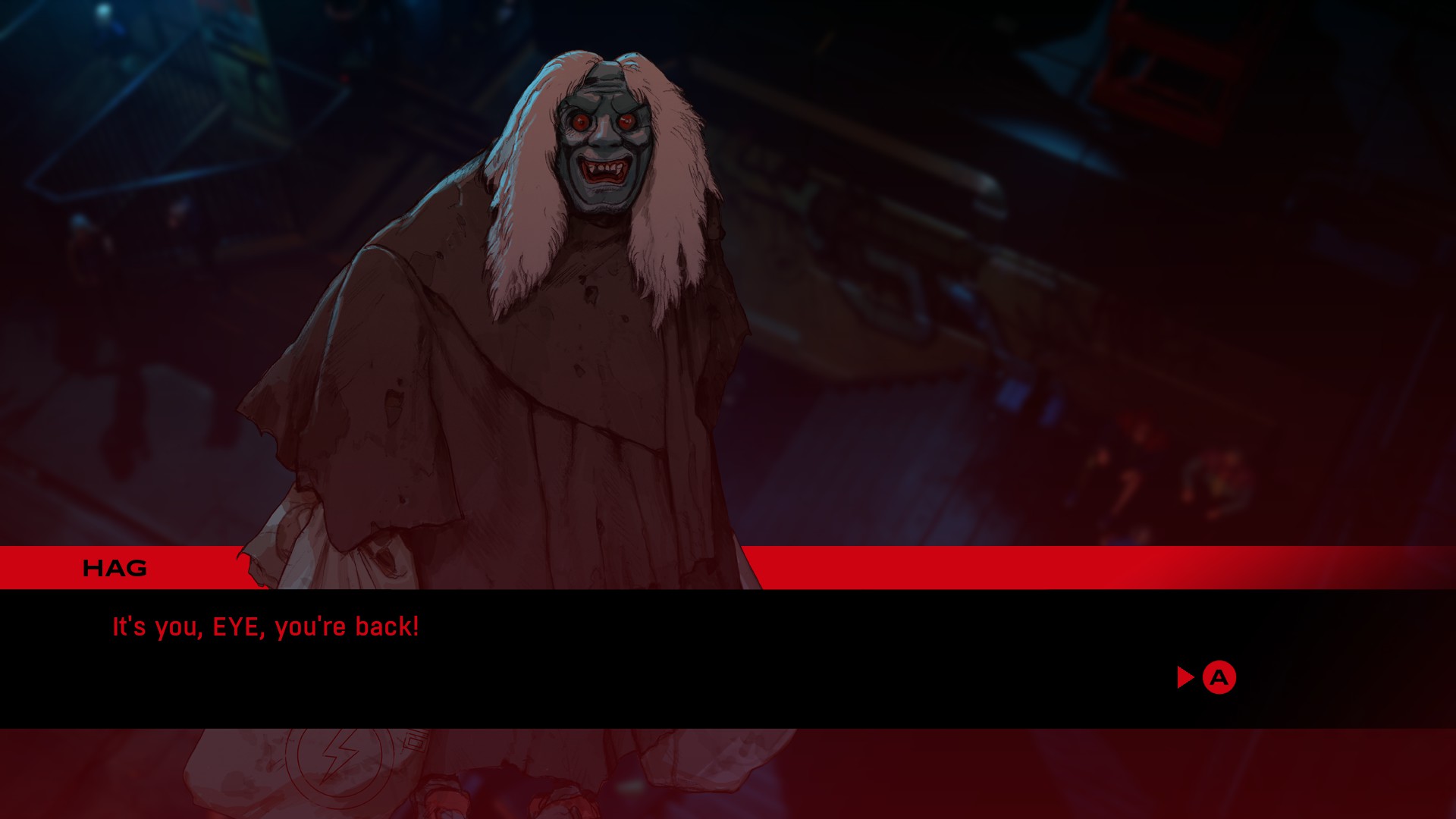 When all is said and done, you ultimately have a solid cyberpunk action game that has exceptional gun and melee based combat taking place in a beautifully fleshed out world that it, unfortunately, doesn’t utilize to its full potential. It may not be perfect but I can wholeheartedly recommend RUINER if you are looking for a good challenge or a game that would fit perfectly in a dark room with your headphones cranked to maximum.