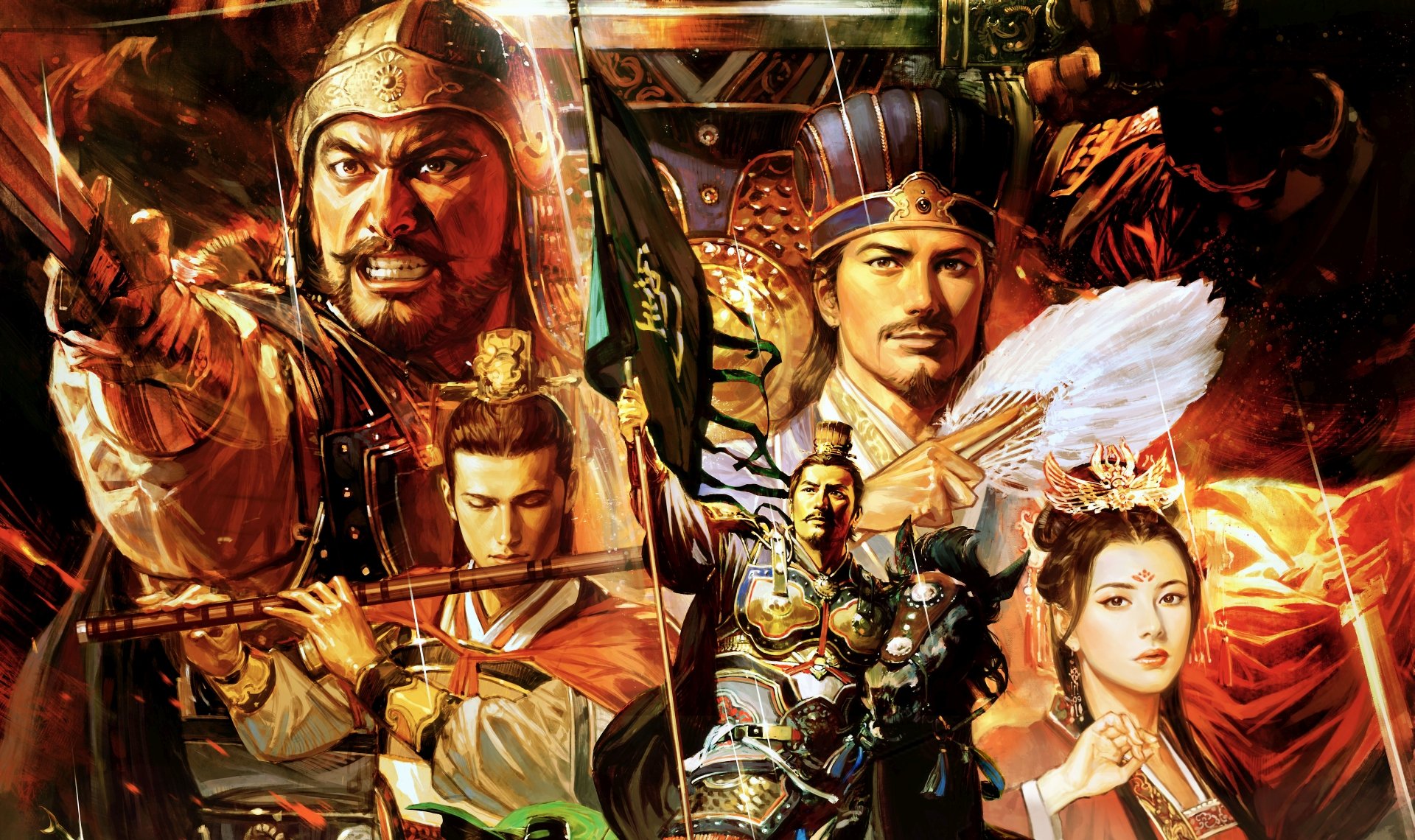 We Three Kingdoms of Orient Are

The Romance of the Three Kingdoms. It is arguably China’s most enduring work of popular fiction and the subject of countless pop-cultural adaptations in Asia. But for the better part of twenty years, English-speaking gamers have had just one product to play ambassador for the tale of Wu, Wei and Shu.

I am, of course, referring to Koei Tecmo’s never-ending Dynasty Warriors series, and while those games can be quite a time in their own right, they tend to err on the side of the absurd when it comes to portraying the many characters and decisions that characterize the source material. What’s a thinking player to do?

This year, at least, Romance of the Three Kingdoms XIII may well be the answer.

Of course, calling this game “the thinking player’s Dynasty Warriors” would be a rather grievous rhetorical sin, not in the least because Romance of the Three Kingdoms long predates the Warriors franchise. It’s also a different game entirely, being the thirteenth installment of the venerable strategy game series. Indeed, Romance of the Three Kingdoms has the honor of being one of the only strategy series to regularly have a presence on consoles.

“Console strategy game” isn’t the kind of label that inspires much confidence in your average strategy fan, conjuring memories of poorly-adapted control schemes, dumbed-down mechanics, or both. But while Romance of the Three Kingdoms XIII doesn’t quite triumph on the first count, its level of depth is absolutely unimpeachable.

Indeed, the game itself plays like the hybrid of a China-set Total War title and one of Paradox’s grand strategy games, blending a map-conquest-based strategic core with field-level tactical battles and the politicking, family dynamics, and relationship-building more common to the likes of Crusader Kings II. Players are thrust into the floppy shoes of a up-and-coming leader in the chaos of China’s Three Kingdoms period. Historical figures and characters from the fiction like Cao Cao and Sun Jian can be selected, but players can create their own characters, selecting from some absolutely glorious character portraits by artist Hiroyuki Suwahara, and a number of scenarios can help set up the game, from historical ones to counterfactual what-ifs, all the way to a more free-form mode that sees a player rise the ranks and try to unite the land under their banner.

So far, so Civ, but the twist here is where players literally embody a single person in all this chaos, leaving their possible actions to be influenced by their own rank, relationships, and even geographical location. Working for a larger faction means that players can propose their own plans, and if successful, garner merit and get promotions, which lead to greater authority and the accompanying economic and military benefits. With time, effort, and possibly choosing a higher-ranked character for the scenario, players will be able to run cities, appoint ministers, network with other power players in the Three Kingdoms, and live the life of a medieval authority figure, one menu selection at a time.

Even diplomacy and negotiation, which in many other large-scale strategy titles usually ends up looking overly vague or otherwise boring, gets spiced up a bit thanks to some fun “debate” mini-games. Character-specific quests, encounters, and special events help inject more of the historical personality into the game proper, but outside of the story-driven “Hero Mode” – which is really more of a campaign-length tutorial than anything else – Romance of the Three Kingdoms XIII tends to be a bit dry and scholarly.

All the same, the whole package presents an intoxicating mixture of mechanics, one that could stand tall with the best Civilization and Total War titles with the right presentation. Unfortunately, that’s where the game feels like it falls shortest.

Outside of some evocative voice acting in both Japanese and Chinese (a very nice touch), the game’s presentation and interface design feels like it came not from a venerable series but from a crowdfunded Total War knockoff. I can’t speak to the kind of differences involved in budget or development resources between Koei Tecmo’s teams and The Creative Assembly, but the sheer depth of the game’s mechanics at play deserve a more intuitive and easily read interface and control scheme. And I’d say this even if I were reviewing the game on PC, because, frankly, the game does its level best to represent everything you do via menu selections.

Heck, players who opt to resolve their military conflicts via the auto-resolve may never get out of the endless menus. What’s more, when one isn’t selecting things from any number of menus, one is waiting for a timer to tick down, before a mission is completed. It can be maddening for someone that wants a more exciting way to present all the weighty decision-making at work.

At the same time, this is a strategy title, and I can’t fully blame the game for prioritizing information over gloss. If nothing else, the interface can be adapted to without too much trouble, even if the gamepad controls on PS4 never quite feel as smooth or responsive as they should be.

Perhaps Romance of the Three Kingdoms XIII‘s most lasting achievement will be once again proving that strategy games can work on consoles. And though it doesn’t quite make the case for console strategy ever really being as good as PC-based efforts, the game is worth trying for anyone who can let their historical curiosity overcome their need for visual and interface flair.