I will only call it ‘soccar’ once

[Disclaimer: Destructoid’s flag was added to Rocket League in 2016, after this review was published. As always, no relationships were factored into this review.]

A good chunk of today’s onslaught of complex games has convoluted controls, alienating lore, and feature creep that can sometimes be overwhelming. Every so often, a developer comes along and makes something that just seems nice and digestible — no need to research the best character build or wiki-scan to catch up on the plot.

And sometimes that tasty little morsel is a driving/soccer sandwich. 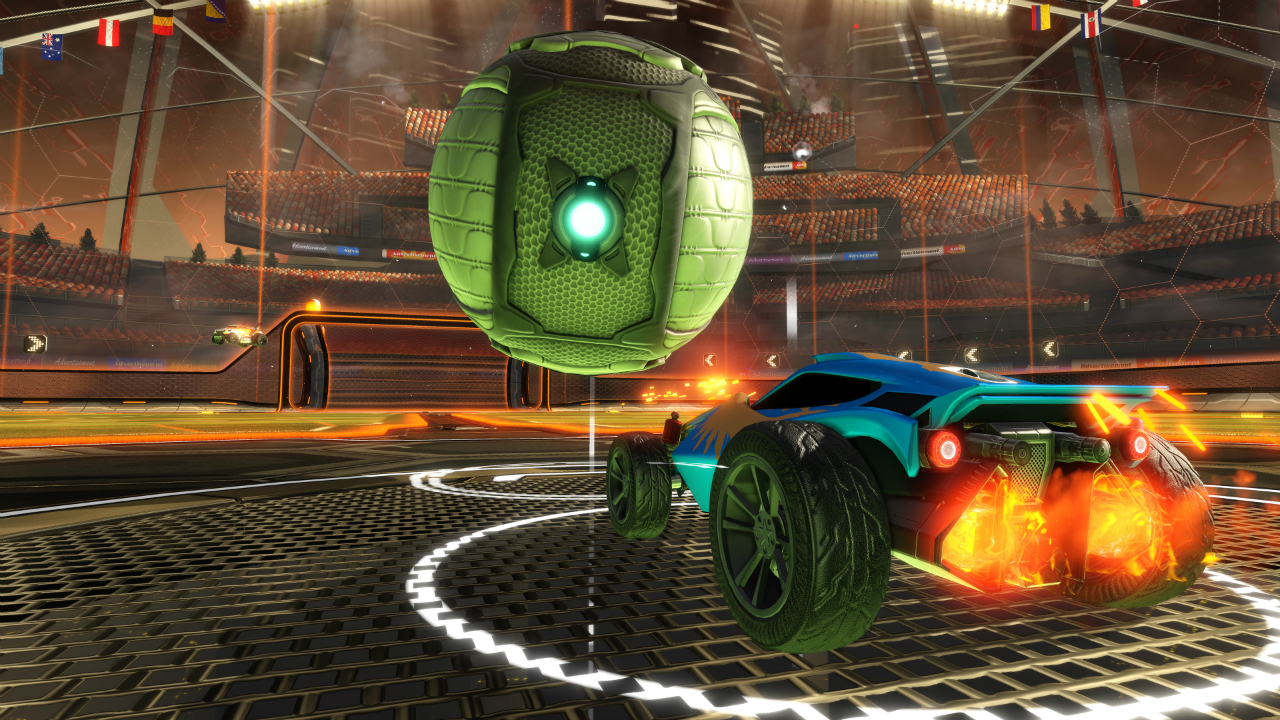 Rocket League is Psyonix’s follow-up to Supersonic Acrobatic Rocket-Powered Battle-Cars, which had entirely too many hyphens. By dropping the hyphens and making every facet of their concept as simple and accessible as possible, they’ve made something undoubtedly focused. You are a car, and you must knock a large ball into the opposing team’s goal. It never gets more complicated than that.

You can play one on one (though I can’t imagine that’d be terribly fun), or up to four on four with players around the world or bots. There are different modes available: Exhibition is for local games with four-player split-screen or bots, Season allows you to set up consecutive bot matches over complete with playoffs, and Training teaches you the basics of movement.

Starting with Training is a swell, yet ultimately unnecessary idea since you’ll have a feel for the driving by the end of your first match. You can accelerate, reverse, jump, double-jump, and boost all over the field and it all feels crunchy and responsive in the best way. The arenas all have just the right amount of friction to feel like you’re completely in control of your vehicle at all times. When you try to boost into the ball to score a goal and you careen right past it, you have no one to blame but yourself. The perfectly-tuned controls lend themselves to a desire to acquire mastery, a feeling that seems rare as of late.

If you master one skill, proper use of boosting is the one to pick. Since boost juice is finite, you have to drive over boost pads to keep it topped off. Whether you use said juice to dart from the goalie to position to attempt a risky goal or you boost long enough to crash into someone to temporarily destroy them, you’ll learn to love judiciously tapping and holding that circle button. Exploding a member of the opposing team only takes them out for a second but can be a viable strategy when things get hectic. 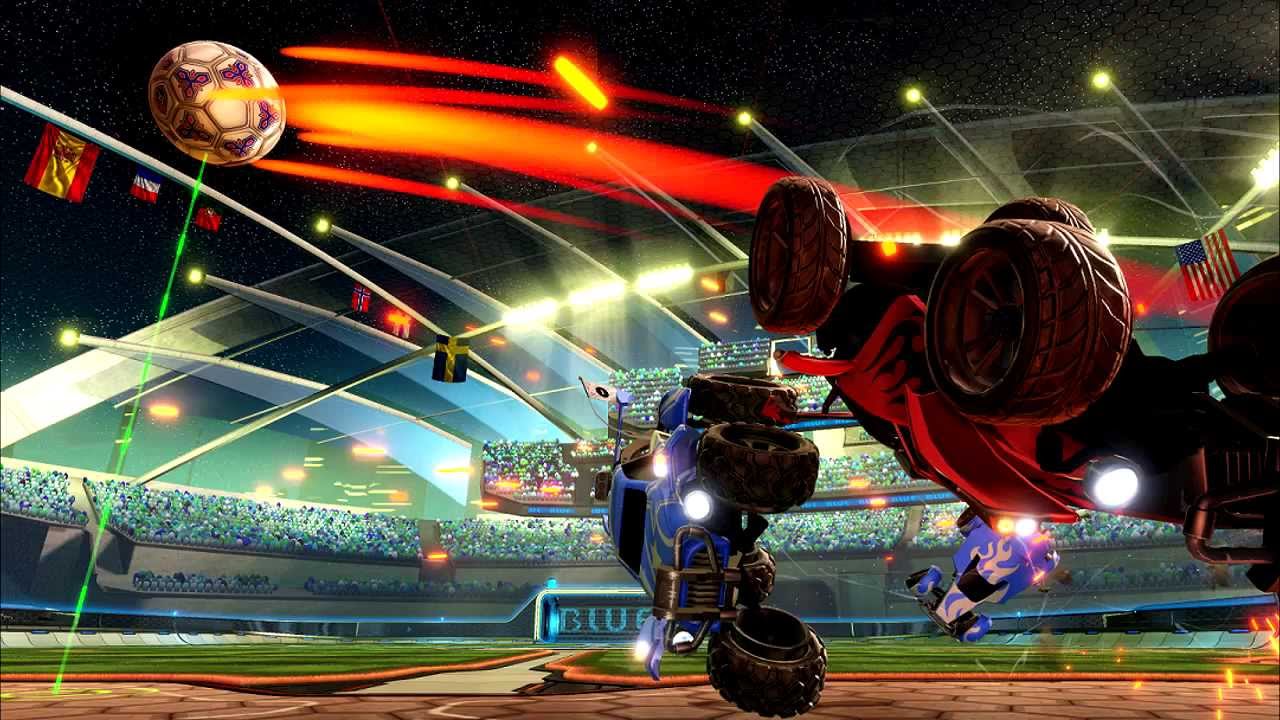 While you can play with four players per team, it tends to be too chaotic. You’d think with more players that one person would designate themselves as the goalie, but instead each person gets caught up in an offensive. With a dedicated team it’d probably be a viable mode, but I was playing mostly pick-up games. 3 on 3 seems like the definite sweet spot and is recommended when playing online.

Since Rocket League has cross-platform play between the PlayStation 4 and PC, I was always able to find a match within a minute or two. The loading screens are always brief so it’s a little too easy to find yourself starting up another match even after telling yourself it’s 2 in the morning and you need to texture a patch of drywall tomorrow (that’s a normal thing, right?). There’s also a carrot on a stick to keep you playing in the form of car customizations.

By playing well, you can enter the garage to customize your car’s body type, decal, paint job, wheels, boost trail color, antenna, and topper. I rocked a pirate hat on my little pick-up truck for the majority of my matches. These are all purely cosmetic so as not to distort game balance. It would take quite awhile to unlock all customizations, but they’re a nice little bonus for the already fun core gameplay. 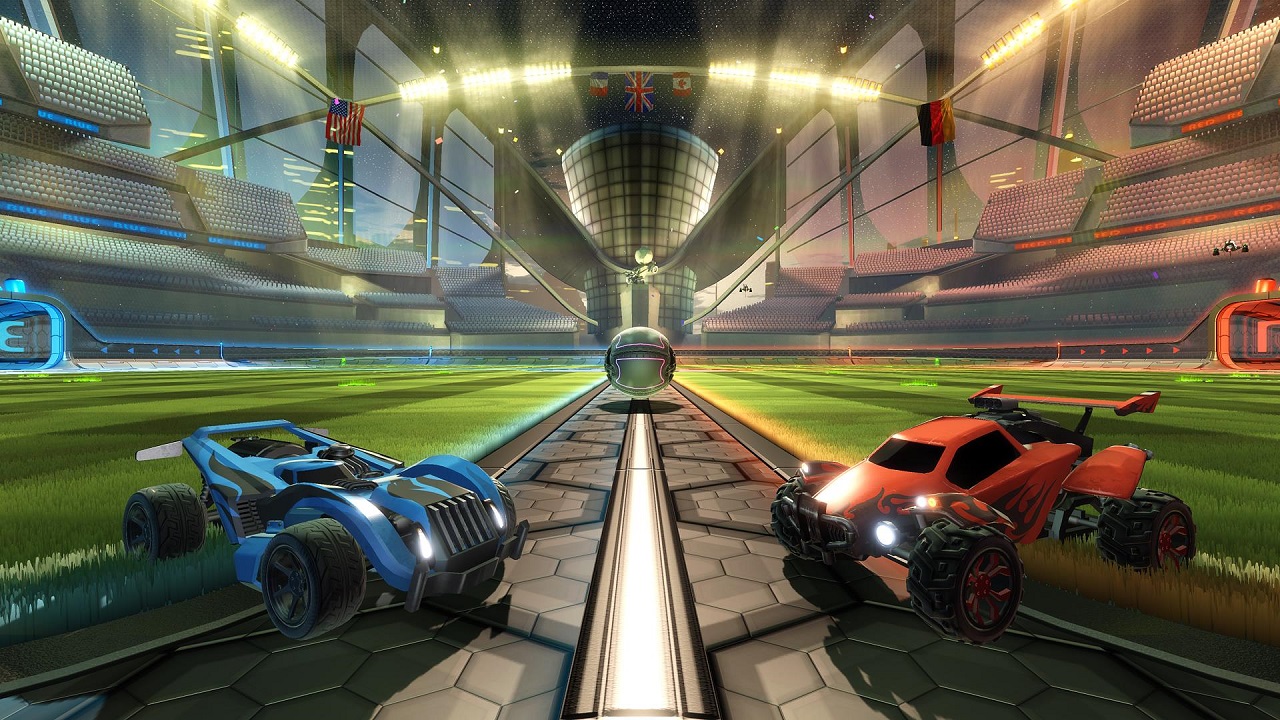 There are seven arenas (though a few of them are the same, with different weather) that are all gorgeous. Watching your little car zip over billowing grass as it rains down on you all in a crisp, smooth frame rate is more aesthetically pleasing than you’d expect from soccer car smash fusion. Though I sort of expected different obstacles or boost pad placement on each arena, I ended up appreciating that these changes are only cosmetic. You always know exactly what you’re playing with.

I didn’t go in expecting much from Rocket League since I’m usually not a huge fan of driving and sports games. Instead of walking away with a confirmed bias, Psyonix’s laser-focused concept gave me something fun to whip out the next time I have friends over. I imagine with a bunch of awful beer and willing companions, we’ll have a great time. What’s next, will I enjoy a game that mixes Metroids and Soccer? We’ll see.