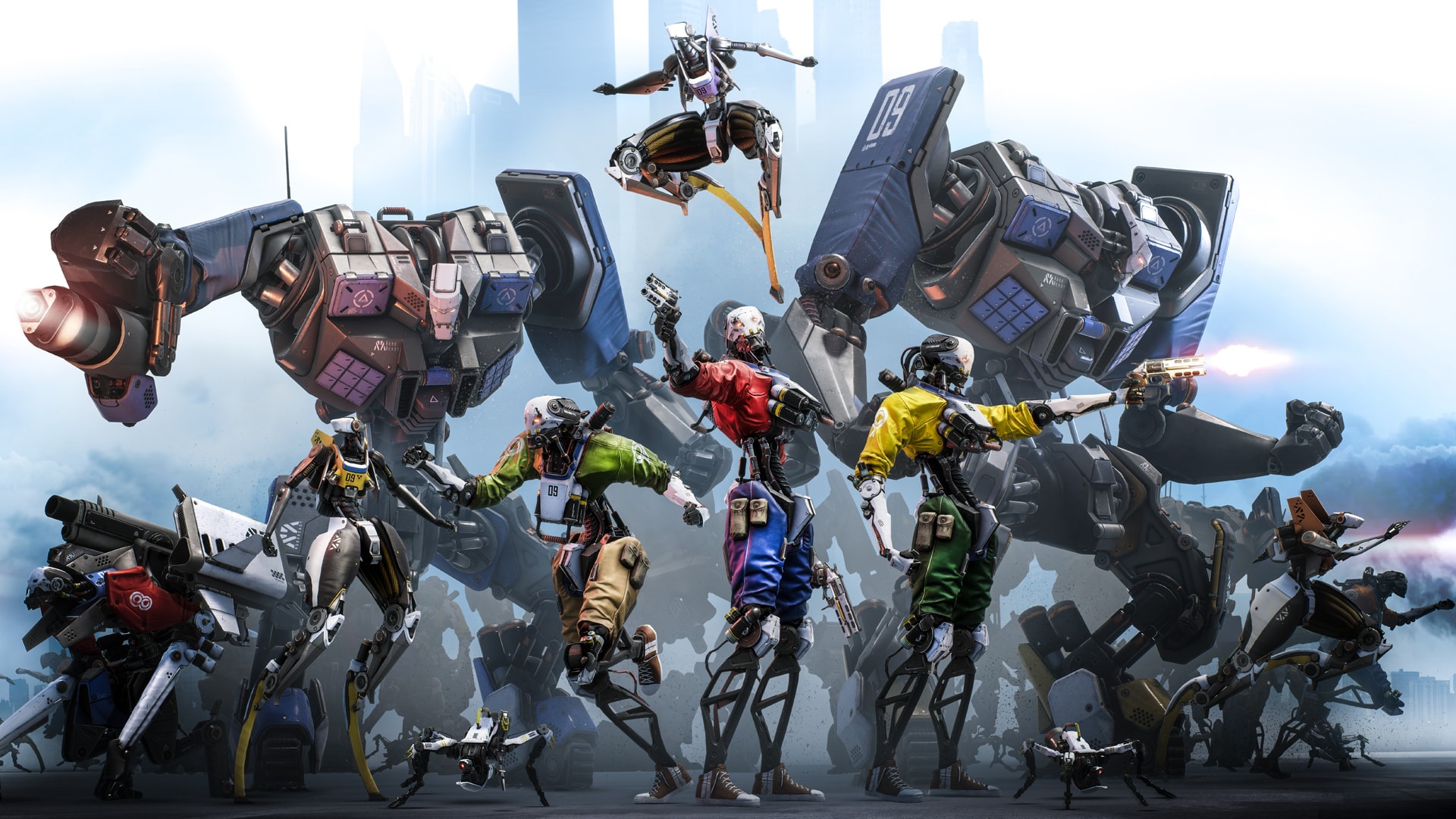 I have two guns, one for each of ya

I’ll spare you the sermon on the wonders and shortcomings of virtual reality this time.

Robo Recall lets you beat robots to death with their own arms to an ’80s soundtrack. It also happens to be a touch-based VR game that you need expensive hardware for. 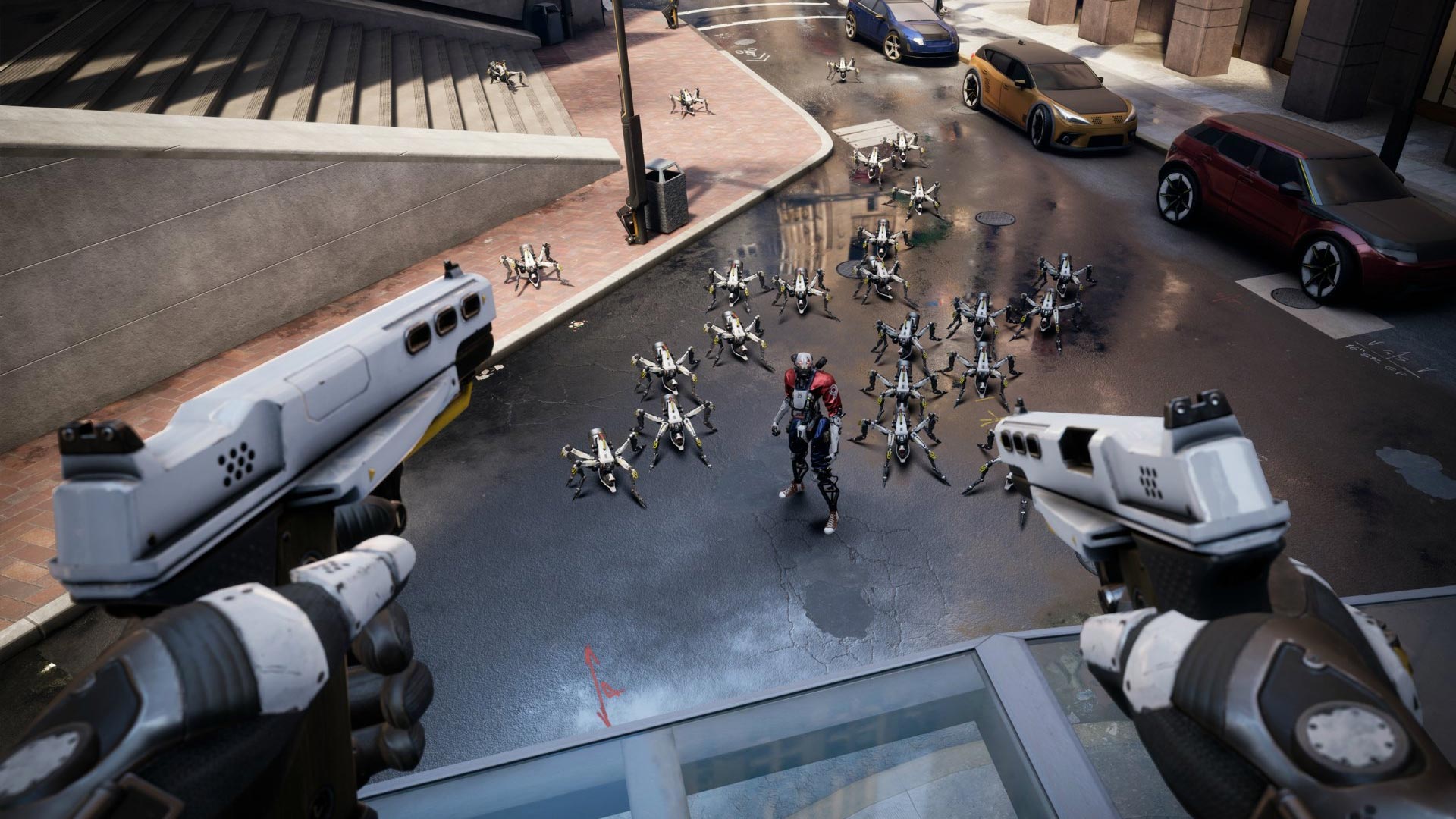 While Superhot VR is still my go-to “you have to check out VR” game, Robo Recall comes very close. With an intuitive system that uses two Touch remotes as hands, grabbing and firing guns is as simple as gripping them and pressing the trigger. It’s crazy to see how far light gun games have come in my lifetime, from the NES Zapper, to the Wii, to a decked-out, beautiful Epic Games production.

Recall greatly benefits from an over-the-top arcade setup that hearkens back to ’90s lightgun shooters like Revolution X, with benefits like grabbing infinite guns from your holster at any time. There’s never a dull moment, as you could be grabbing a robot, ripping its head off, tossing enemies into each other for explosion multipliers, grabbing bullets out of the air and throwing them back, or going full-on akimbo with your guns (sideways or crossed if that’s your thing).

There’s a few short motion and marksman tutorials, but Recall literally puts the game in your hands. Within seconds I have to decide what the best course of action was from the choices listed above, and that doesn’t include defensive options like dodging or moving around with the teleport system (controlled by the left analog stick). If you aren’t used to Touch-based experiences it’ll take you a while to acclimate, almost like you’re learning how to use two analog sticks or a keyboard and mouse in tandem for the first time. Like many VR games that have dropped in the past year or so I love that feeling of lawlessness, like I’m starting from square one again.

All of that freedom comes at a price though. I found myself bumping more in-house items than ever before, and I have a decent room-scale space. The tether of the Rift also bothered me for the first time, as the game is heavily built around 360 degrees and given the fast pace I whipped the cord around a few times and had to step or jump over it. This is something that took me 30 minutes to get used to, tops, but if you’re in a smaller space your mileage may vary.

I know it’s an action romp but I wanted to see a more heavily involved narrative beyond “stop these renegade robots from running amok.” Every level or so you’ll get a few bits of narration from your AI overlord, but it’s simply not enough. You’ll enter this universe by way of the natural assistance of the VR headset and the close-up action, but those off-moments (like when you’re messing around in the hub) need a little more spark. The writing teeters on the edge of annoying or meme-heavy, but never crosses that line outside of one character.

These are all just minor annoyances, but the way Robo Recall handles progress is its only truly weak element as it seems to be at odds with itself. It’s basically an arcade shooting gallery with all of the bonuses that modern high-end VR benefits from, but there’s a strange weapon upgrade system that ultimately feels pointless. Players earn “star” ratings, and you can use those to bump up each piece of kit a tiny bit, granting access to bonuses like laser sights or more stability. All of that should have just been unlocked from the start in favor of expanding the campaign beyond three main areas, all of which are city-based.

Robo Recall‘s few flaws just feed into the notion that I want more of it. I’m sure it cost a pretty penny for Epic to develop, and with the install base right now of VR, it may not even fully pay off. But if more deep-pocket developers are able to take risks like this and make more of these pushes, we might see VR hitting the mainstream yet.

[This review is based on a retail build of the game downloaded for free with an Oculus Touch.]