Not so easy rider

So hey, remember the 3DO? A CD-based game system that came out in the nineties and was meant to revolutionize gaming, cost nearly a thousand bucks, and was quickly forgotten? With several different manufacturers producing their own versions of the hardware, and a library chock full of FMV games and other garbage, the platform didn’t take off, but boy do I ever have some fond memories of it.

It was the first time I ever played the wonderful Star Control II, fully voice acted as a 3DO exclusive, one of the best Star Trek simulators ever made. I rented the console whenever I had allowance to do so, and a good friend of mine owned one, so it was this kind of bizarre, elusive experience. And one of the games I always rented with it was Road Rash.

I played Road Rash a bunch on the Sega Genesis before getting my hands on the 3DO version, and found it to be the best of the bunch when I finally did. It played identically to its predecessor; it’s you, a motorcycle, and a variety of weapons as you cruise down the highway, racing other bikers while beating the living shit out of them with whatever weapons are available to you in attempt to take your opponents out of the race.

Road Redemption, a PC (and eventual console game) by Pixel Dash Studios, is a love letter to the original Road Rash series to the nth degree. And it also happens to be the better than the thing it is emulating thanks to some well executed roguelite elements, and much faster gameplay. 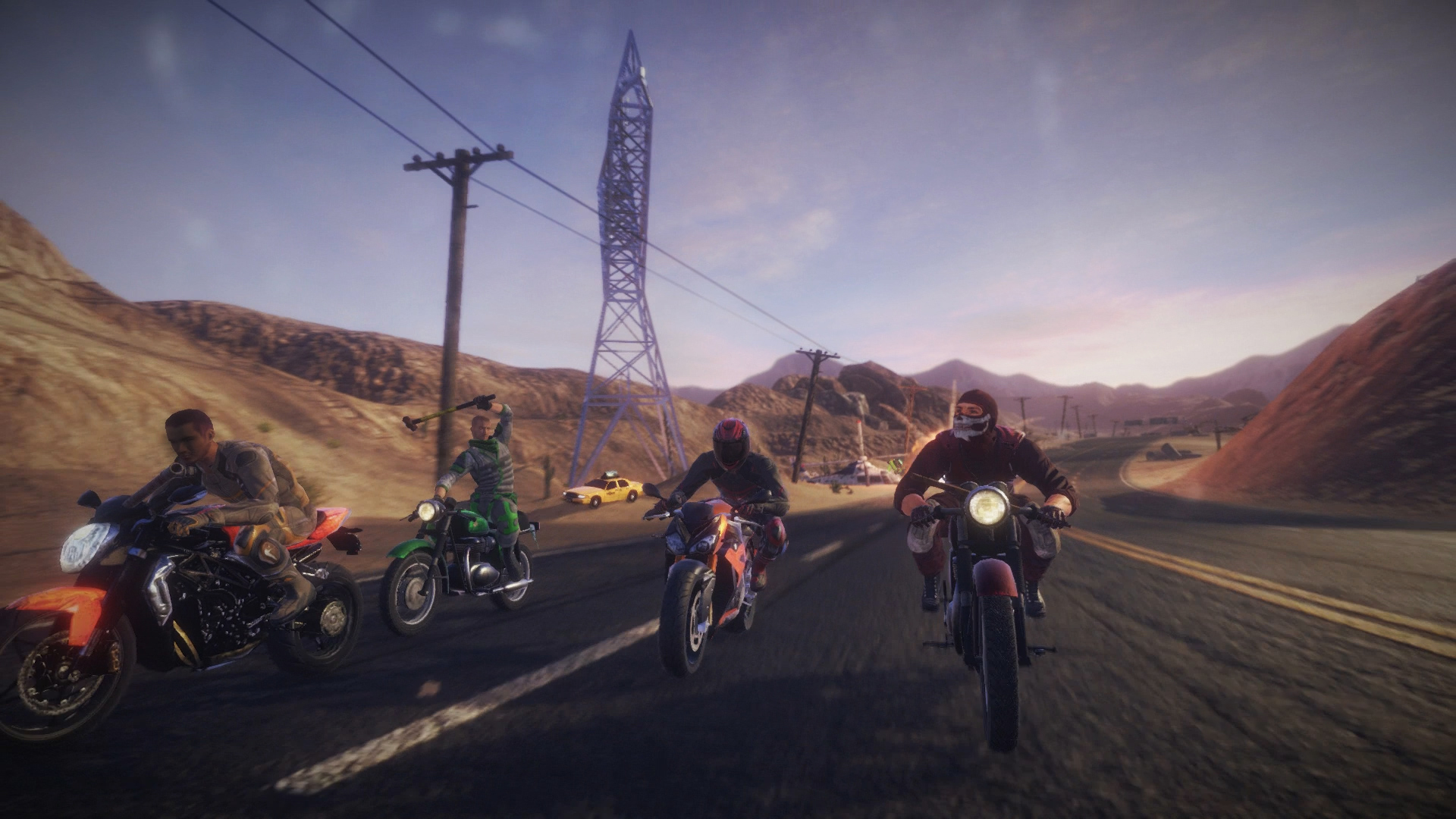 I’m going to come right out and say this game was like a punch in the face and completely out of left field. I didn’t know a thing about it before jumping in. I saw “Road Rash inspired” and said, hey, what the hell, I’ll give it a try. It’s been years since I sat down and played a proper Road Rash game and always found them a lot of fun, so what could possibly go wrong?

The answer is really nothing. The biggest change Road Redemption makes to the overall Road Rash formula is the addition of roguelite elements. The levels in the game are spread across several areas, each area introducing new enemy types, obstacles, and challenges, and getting progressively harder as you go along. But the stages within them are randomly generated each time, which I initially had misgivings about, but which suit this sort of game perfectly.

When you are dealing with a straight highway which is indiscernible from stage to stage, it actually works pretty well to do this. Road Redemption doesn’t have the problem most of these games do where the level feels like a cheap mess some two-year-old cobbled together, where the generation of the world actively takes away from the experience and is no substitute for stages that have been more finely and specifically crafted. Here, you are so worried about that next truck about to smash into you or pitfall that if there is any synthetic cheapness to the stage generation, you aren’t going to notice it anyways.

Combat takes precedence. Along with the stages, the missions from stage to stage are also randomly selected. You’ve got your typical race mode, where you want to try and place reasonably high while beating up as many enemies as possible. You’ve got modes where you have to kill a set number of enemies, or survive for a given length of time. These variations in your objectives keep the game from getting stale or predictable. Once you run through the first set of stages a few times, you should be able to pretty consistently get to and beat the boss of that section and move on, but it only gets tougher from there. And by the end of a run, you are sweating, hands wrenching the controller, gritting your teeth and trying to stay alive, killing as many enemies you can to replace a few precious points of health (your health bar doesn’t fill up between stages, so you have to manage it and your nitro carefully), and trying to scrape together enough money to buy a new upgrade to help you make a little more progress each time you play through.

In between stages you can spend cash to upgrade your weapons, health, or nitro, and you will need the extra help. You’ll start out with simple melee weapons like clubs, but eventually find yourself with beefed-up, better equipment by the time your run has ended. There are also bombs and long-range weapons, and a number of different types among them. Want to rack up some extra points? Find racers without helmets on, pull out your machete, and take their heads off. Or just beat them to a pulp with a spiked bat (sometimes knocking their helmets off so you can finish the kill), get behind them, and blast them with an uzi or a shotgun.

The point is that the combat has quite a bit of depth to it. It’s a lot to manage at first. You select your weapons using the D-pad, kick or melee left or right using one of three different buttons, and all the while have to navigate down the road and make sure you don’t run head first into oncoming traffic while also trying to keep up your speed and find risky overpass shortcuts along the way to get to the front of the line, drifting around corners, and firing off jump boosters and nitro — goddamn. It takes a bit of getting used to, and the game is tough as nails, but it’s so satisfying when you can drift into a truck, slap a detonator on it, and drop a pipe bomb behind you, timing it so it just manages to take out the dude behind while you swing back to the other side of the road to take the head off of another guy. It’s wonderful. 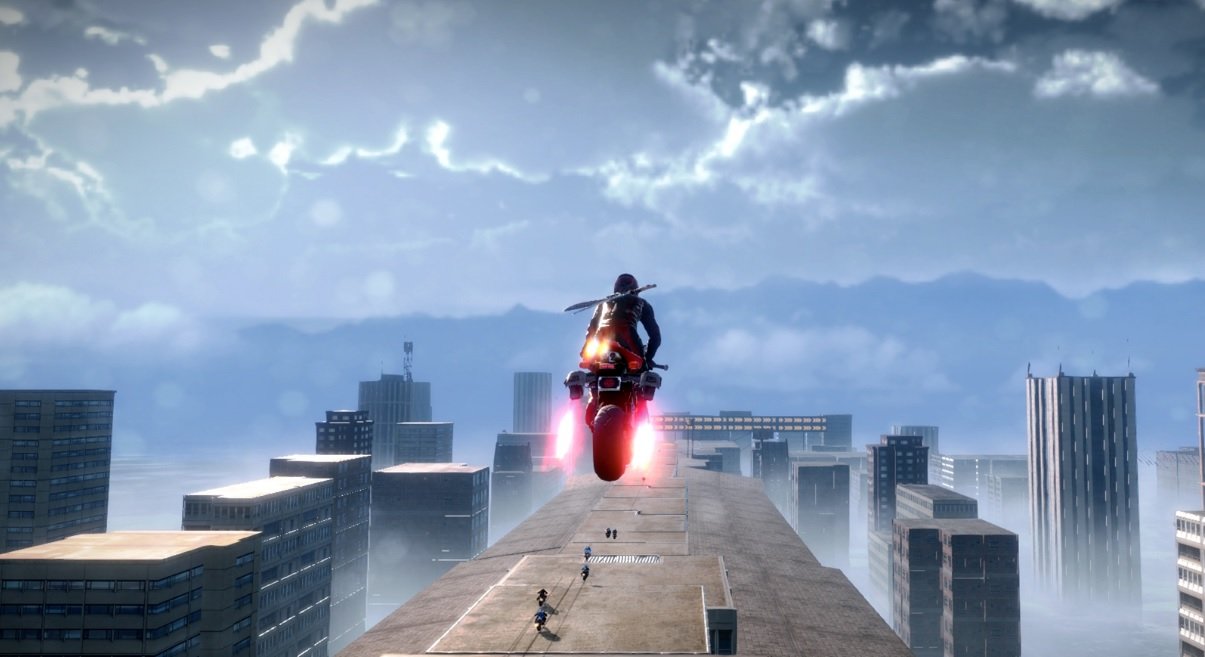 When your run is finished (and trust me, it will end eventually, especially the first handful of times you play) you can use collected experience to add permanent enhancements for your next playthrough using a simple skill tree that also unlocks new bikes, characters, and weapons. So there is a clear sense of progression and you never feel like you’re just being made to arbitrarily start over from scratch. Add both local and online multiplayer to the mix, and you have yourself one hell of an experience, with a solid presentation, a cool Mad Max-esque apocalyptic world, some kickin’ metal and rock music, and serviceable visuals.

I don’t think I need to say much more; I fucking loved this game. It’s the most fun I’ve had doing anything in awhile. It’s simple to learn and pick up, and a ton of fun alone or with friends. It’s a little rough around the edges; I got stuck on objects here and there in my playthrough, so the collision detection could maybe use a bit of work, but I didn’t have any major issues.

For as much as I loved Road Rash, it would be hard to go back to after playing Road Redemption. This feels like the worthy successor Road Rash has always deserved. It was a little gem of a series lost in time; the only thing missing is the corny FMV cutscenes. 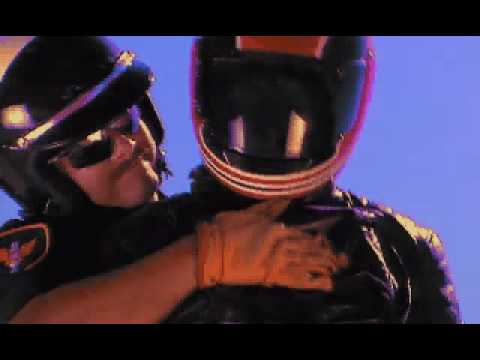 Maybe we can look forward to those in a later update, fingers crossed.