It isn’t often that a developer works in tandem with the modding community to deliver a product, but that’s exactly what happened with Tripwire Interactive’s Rising Storm, the follow-up standalone expansion for Red Orchestra 2: Heroes of Stalingrad.

In a joint effort to deliver World War II action on the Pacific front, the two forces united to produce a product worth of the Red Orchestra name. They mostly succeeded, but not without a few sacrifices. 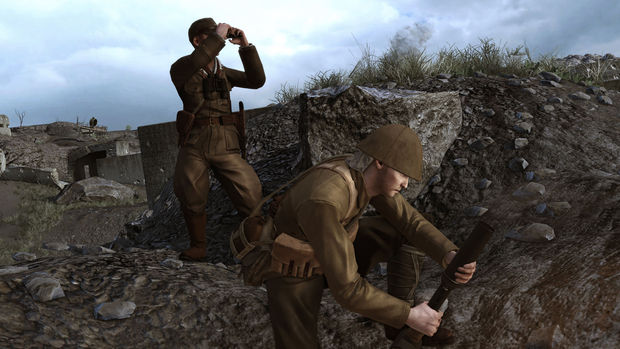 Rising Storm is not only a standalone game, as it also seeks to augment Red Orchestra 2: Heroes of Stalingrad. Rising Storm actually comes with the Heroes of Stalingrad multiplayer component, and if you own the original, you can carry over your progress, as well as play a limited version of Storm, even if you don’t buy it. This is a pretty smart and bold move, as it unifies both clients into one to avoid splitting the userbase. With the logistics out of the way, lets get to the gameplay.

To be blunt, Rising Storm is basically Heroes of Stalingrad, but set on the Pacific front, and with different units to control. Just like its predecessor, it’s a very tactical FPS, and a stark departure from the typical run-and-gun games of this generation. “Action Mode,” a setting played on some servers, plays a bit like Call of Duty solely due to the fact that you have a tad more health to work with, but for the most part, the core game operates with a “one to two shots and you’re dead” mentality.

Deaths play out pretty realistically, with soldiers screaming while being burned alive, or slowly blacking out when hit by a bullet that isn’t instantly fatal, but will cause you to bleed out. It could have been taken even further for sure, but it’s still harrowing at times, and does a decent job of reminding you that you aren’t playing an arcade-like shooter. 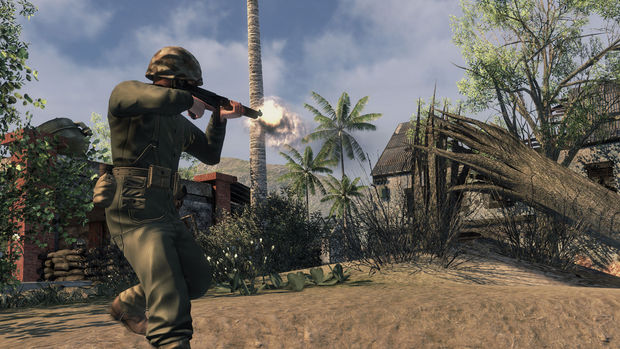 Gametypes are standard fare, ranging from Territory (capture the points), Countdown (capture the points with limited lives), and Firefight (team deathmatch). But what Rising Storm lacks in modes, it makes up for in a solid gameplay foundation across Storm‘s incredibly solid six maps. While vehicles are missing in action, I love the large 64 max player count that leads to giant battles across the provided sprawling maps. The maps themselves are all wonderfully done, forcing combat wherever possible with a distinct lack of hiding spots or an over-abundance of complex structures. Just to be clear, the Rising Storm portion of the game is a multiplayer-only affair.

Classes are limited to a set amount per choice depending on the map, while there can be basically any number of standard riflemen. For instance, most maps are limited to 2-3 Snipers and Flamethrowers, which really makes the classes feel that much more unique and special, as well as facilitate proper team management.

But both sides are not created wholly equal. The Axis (Japan) and the Allies (America) each have a few minor changes that actually make them feel different and, for the most part, balanced. In an attempt to recreate history, the American side boasts superior firepower, while the Japanese side has a few extra gap-closers of its own, like a Banzai charge power, and a portable mortar. 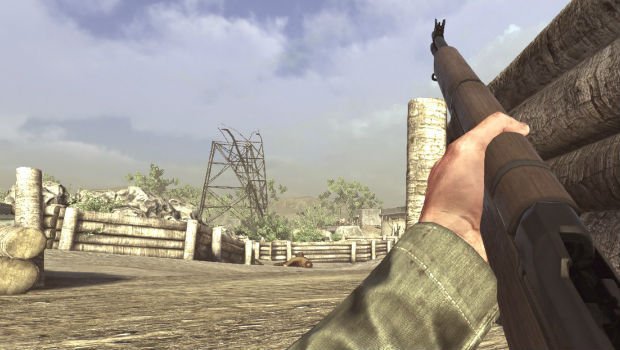 The community actually cares about the game, leading to commanders giving orders, and a frequently used voice chat line. There’s a number of different tutorials accessible from the in-game menu if you need assistance before you jump in, but it isn’t hard to pick up the basics once you’ve moved past the nuances between the two sides.

Unfortunately, there are a number of bugs that impede the experience at times. Hit detection from a prone state leaves much to be desired, and there’s a number of clipping issues that rear their ugly head every few games. Deploying weapons can also get pretty dicey while prone, as the game tends to constantly block the view of your gun depending on your location.

Rising Storm needs a bit more polishing and a few more updates to really shine, but as it stands it’s an excellent escape for old-school FPS fans. If you were a hardcore fan of Heroes of Stalingrad, this is basically an expansion in the Pacific with more gameplay you know and love. For everyone else, take a look if you enjoy tactical FPS action once more of the bugs are ironed out.