Rime has been through hell.

Tequila Works initially pitched it to Microsoft, which didn’t end up working out. Then they went to Sony with another exclusive offer, which did work out, until it didn’t. Now they’re back with a vengeance on four platforms (one of which is coming later this year), and it was mostly worth the wait. 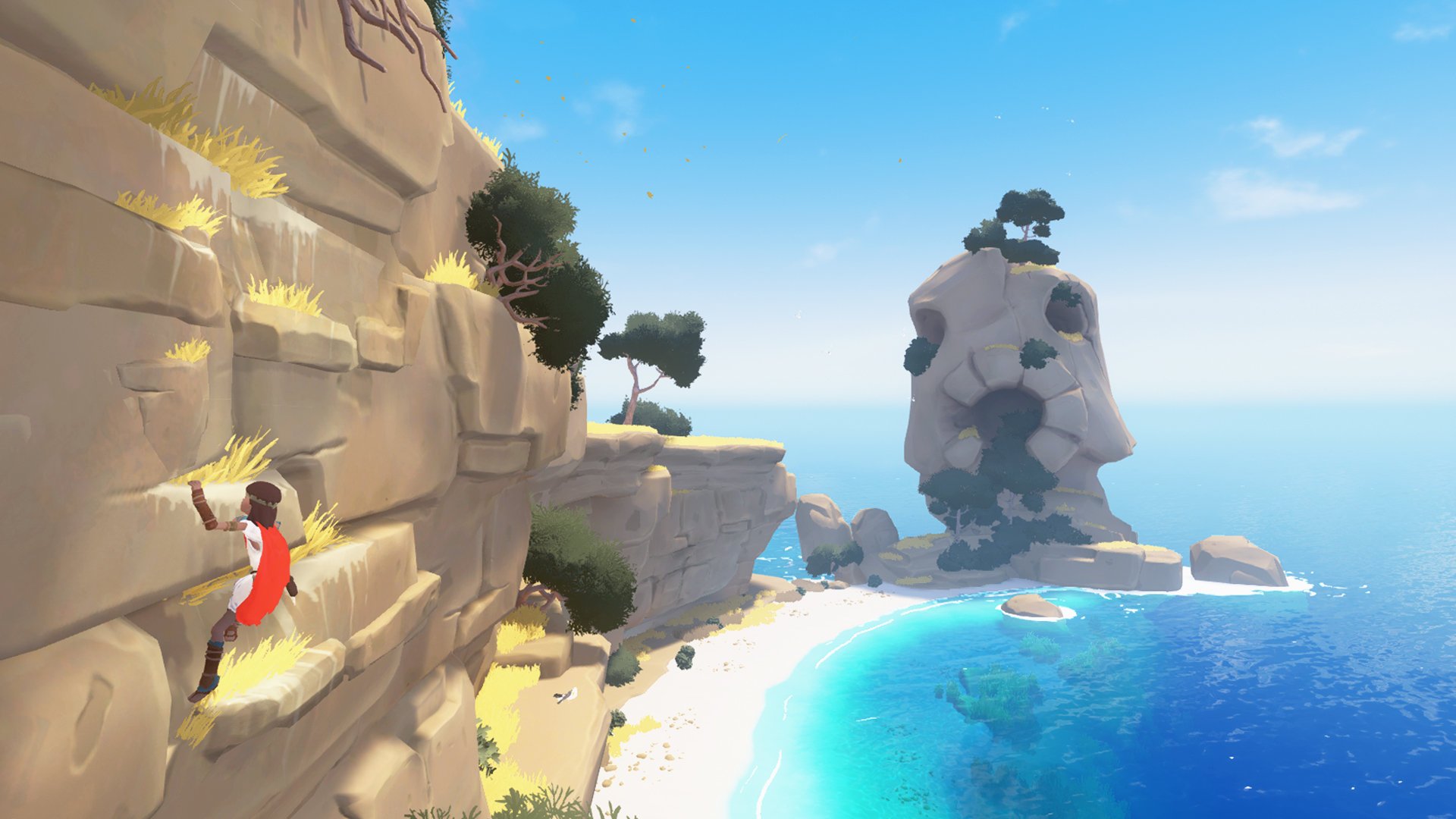 You’ve seen plenty of indie adventure games before, but Rime has a design philosophy that feels more welcoming than most. It’s not a puzzle-heavy affair, and instead relies on evoking emotional responses through the use of puzzles. I was taken aback by how much of Rime was on auto-pilot. While the contentiously named walking simulators often have something to say when they’re funneling folks down pre-meditated and meticulously crafted tunnels, that level of care is conspicuously absent here, which works for and against it.

Rather, Rime begs you to experience it, but not necessarily conquer it. Within seconds you’ll have control of the game’s protagonist and partial access to its island, and the first thing you’ll probably notice is the game’s wonderful use of perspective. Tequila Works really knows where to put a camera, and its bright world seems familiar, but stands on its own. That’s mostly because it puts on an air of mystery immediately, and the day and night cycle, while welcome, doesn’t dominate the discussion.

Puzzles shift from platforming to block pulling, to first-person conceits, many of which have minor payoffs at the end of a unified section. The story is always sort of lurking beneath the surface, pulling in themes like the unison of all beings, from mechanical, to those of the flesh. There’s a whimsical sense of wonder in everything, as there’s no overt “hey, listen!” tutorials to bog anything down, just gentle button prompts every once in a while. Rime also has a tendency to sort of guide you towards the next place of interest without a bread crumb trail, which is welcome in this era of hand-holding. It’s very much a show, not tell situation, as most of the puzzle solutions feel organic.

That said this style also has the tendency to become rote and methodical. Don’t get me wrong, Rime‘s world is mesmerizing, but when I’m moving from room to room in merely awe of everything for minutes at a time, without putting my brain to work, it feels like a wasted effort. There are many opportunities to dazzle with intricate brain teasers, but Rime too frequently balks at the chance to seize them. The best example I can think of is basically a riff of Portal‘s companion cube section, but less poignant.

Yet, Rime never manages to hit a low note at any point. Slight disappointment is probably the strongest emotion I felt, stopping short of frustration. That essentially sums up the roughly 10-hour journey (more if you try to find everything). I also appreciate that while the boy might wear a cape, he’s no superhero. The level of verticality here doesn’t always work in its favor, as Rime feels a lot like 2003’s Prince of Persia in that climbing is heavily choreographed instead of an exciting discovery. While I only experienced one wall-clipping glitch (that thankfully was limited to five minutes of lost progress), the platforming bits could stand to be fine-tuned. Missing a ledge you should have easily grabbed onto is exceedingly common.

I was really torn on Rime until I got caught up in its emotional ending, capped off by a fantastic unexpected chapter select reveal. I really saw what Tequila Works was trying to do by the time the curtain closed and it ended up spurring another partial playthrough in the process. Even during its most underwhelming moments Rime got a response out of me, and I’ll remember it for years to come.