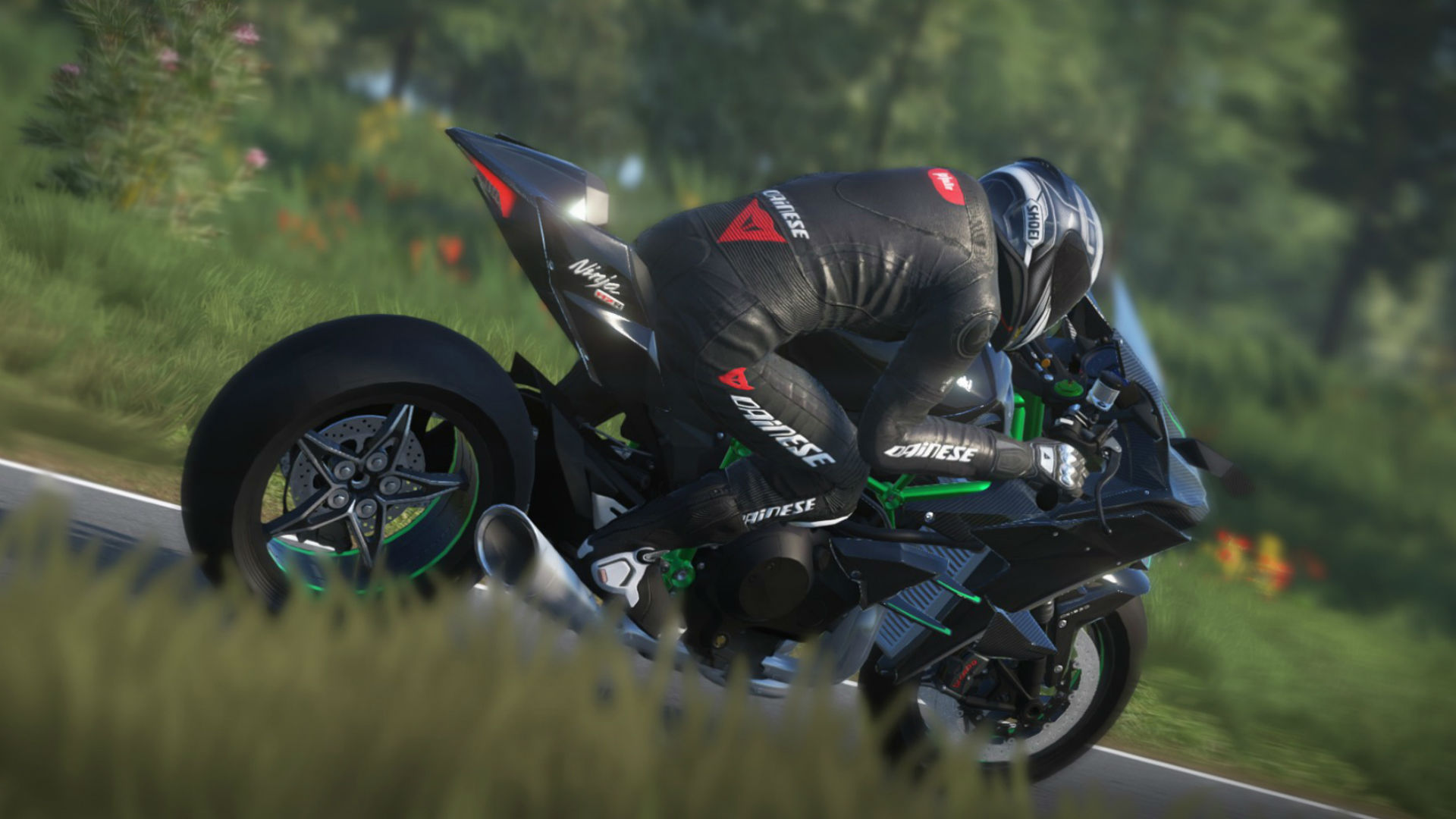 I (kinda) wanna take you for a ride

There has been a dearth of racing games recently, let alone ones focused entirely around motorcycles, so Ride 2 jumped out at me. I’ve always been a huge fan of the genre, but since I’m generally terrible at it I’m drawn to more arcade racing titles with less technical aptitude required. I’ve wanted to try a technical racer before, but felt overwhelmed by how much I really don’t know about cars.

Despite a perilously steep learning curve, Ride 2 did alleviate my growing pains the more I played it. It’s just a matter of whether or not to invest a hefty amount of time for such little return. 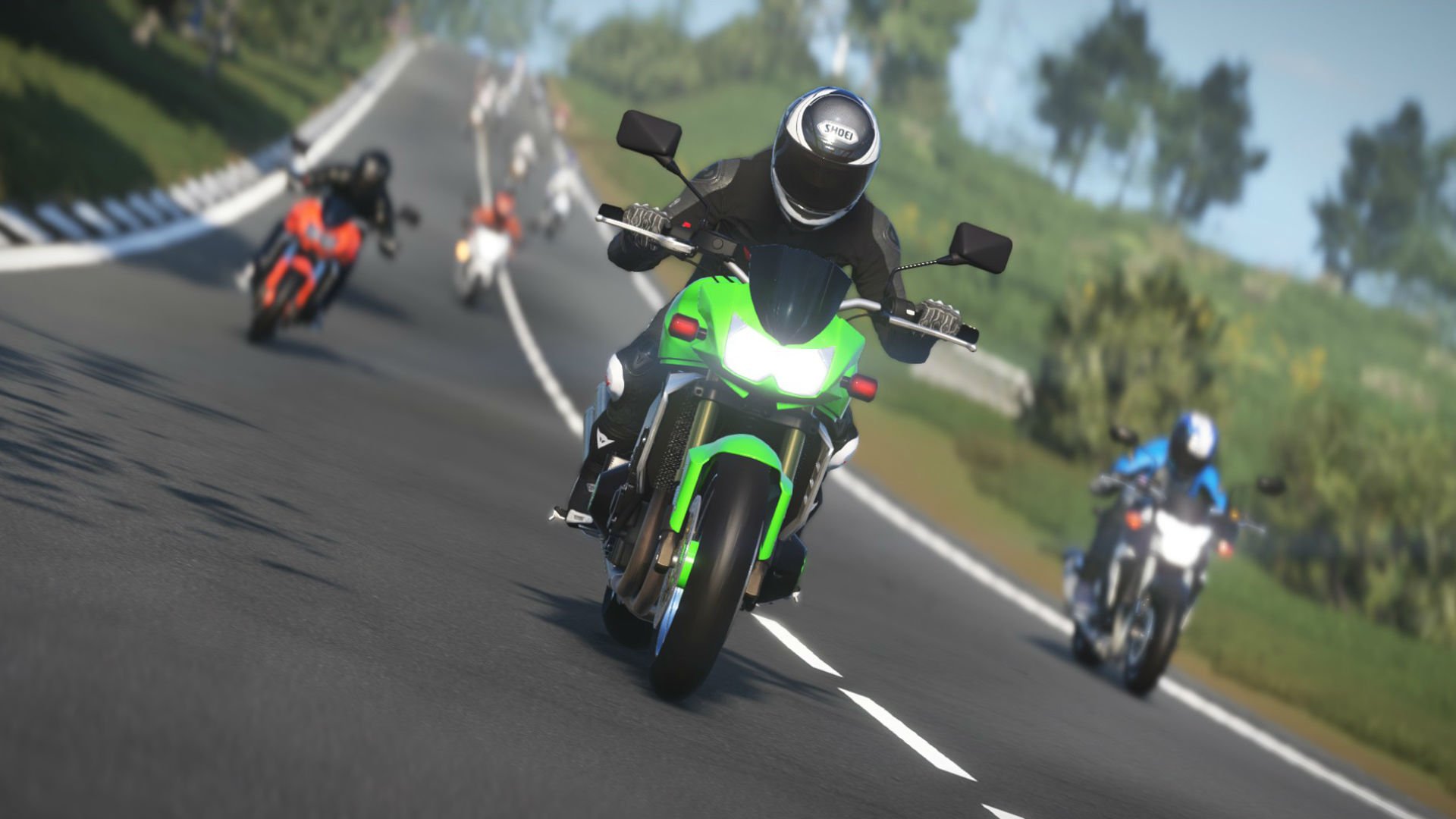 The bulk of Ride 2 is set in its World Tour mode. This mode offers race events (e.g. standard races, time trials, point A to point B races, overtakes, and drag races) sorted by skill level — Amateur, Rookie, and Pro — and even further separated by bike type. For example, if you start out with a Naked cycle as I did in the beginning, the only events available are ones built for Naked types. Completing races earns you credits to unlock more bikes, but placing in the top three earns you more. Although there’s no harsh punishment for placing, say, dead last as I did several times at the start, you’re going to want to win each race as bikes tend to be expensive and are a bit of a grind when each one available runs from 3,000-12,000 credits. This is further exacerbated by bike type, which meant that I was stuck playing the same events repeatedly in order to save enough money to buy a type needed for new events.

Granted Ride 2 does its best to fight redundancy. Every eight completed race events ends a “season,” which opens up the Invitationals. Winning one of those (or at least placing in the top three), nets the player a bike unlock only offered here. There are 16 in all, so someone could theoretically race 128 times and still have bikes to unlock. But with only 30 or so tracks available, and only a small few of them truly differentiating themselves like the super long track from Germany and Sierra Nevada’s race at sunset, what’s going to drive initiative is whether or not unlocking different types of motorcycles or beating your lap times strikes your fancy.

Ride 2 isn’t a great-looking title as environments and textures don’t hold up to close scrutiny, and the soundtrack is inconsequential (a looping electronica track), but it nails detail where it matters most: the motorcycles. Using fully licensed bikes (complete with four-page-long company bios and a bike history during the loading screens), there’s an almost overwhelming amount of customization. Credits can also net new suspension, wheels, brakes, side mirrors, etc. and while I wish there were more of a visual difference considering how expensive some of these parts are, the bikes can perform differently. Admittedly it’s more of a noticeable performance difference on the higher difficulties, and truly discernible only after hours of play with the same bike, but there is an effort there.

The customization effort extends into Ride 2‘s accessibility. As noted there is a steep learning curve, but a rechargeable Rewind meter allows you to rewind the race and correct any mistakes made. As I crashed into many railings in the beginning (and still do at the time of this writing), I abused the Rewind function yet never actually reached a point where its charge time became a problem. When you do get a handle on Ride 2‘s controls, you can choose to remove the Rewind feature as well as remove in-game meters like lap times, how fast you’re going, your place in the race, and then further exert control over how much your bike grips the road, and so on. There are a bevy of options for those who really want to get into the nitty gritty of Ride 2, but this is all after hours of sitting with it and really getting a handle on it. By that point its clinical presentation will have surely taken its toll, however.

There’s an audience out there who is really going to appreciate what Ride 2 offers. While it’s not the fanciest, I can’t think of another motorcycle racer giving me as much control over my own experience as this. But the fact of the matter is Ride 2 wants a lot of time from you, and scarcely offers tangible rewards for the effort.

Winning races and earning money to buy bikes just to compete in more races and earn more money was the greatest time trial of all.