Zombies ate my neighbors. Also everyone else.

Nine hours into Riddled Corpses EX, I’ve seen everything there is to see. I’ve fought, tooth and nail, through each of the levels, found myself humbled by the endless Survival Mode, made it pretty damn far into the Arcade Mode, and leveled-up three of the six available characters to a point where they mow down waves of zombies with ease.

I’ve done and seen it all, and if this were any other game I’d recall the good times I had playing before deleting it off my tiny Vita memory card. But this one’s staying  put because I think I found the perfect game to play on the train. 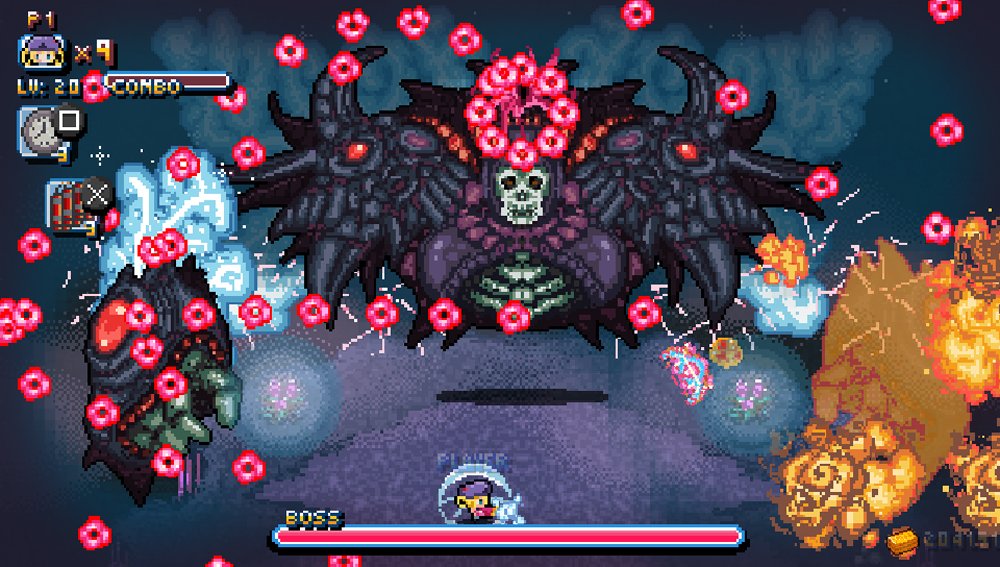 Riddled Corpses EX nearly loses me altogether right as I start the story mode. It’s another post-apocalyptic world where zombies and more otherworldly creatures run amuck. I play as a survivor who must shoot his way through waves of the undead looking for other survivors and a way to stop this crisis. Take away the name of the game from this paragraph, and I probably just described 1,000 games right now on Steam.

The look of this game screams “ignore me.” The graphics, though clear, are generic. The characters, forgettable. The enemies, run-of-the-mill. The music is quite good — EX offers a swell, new soundtrack to accompany the original from the PC version — and the game runs lotion smooth with nary an ounce of stutter in my time with it, but there’s nothing outside of the challenge of a twin-stick shooter to pull people in.

But oh, what a challenge it is. Keeping alive in any of Riddled Corpses‘ three modes is a rage-inducing task. In the story mode, it’s a grind. Characters start off with weak guns and as I clean house and grab the gold left by the ghouls, I can use it to upgrade my characters and their guns each time I start a new run. Longer runs grant more gold, so while I can start from any level I unlock in the campaign, I choose to always start fresh at the beginning for maximum reward. While that first level gets easier and easier the higher I level my teams, it still takes skill to dodge all those enemies.

Unlockable characters have special talents to make everything a bit easier, but it’s playing as main protagonist Jon where the game is at its purest. Just like Geometry Wars, I bob and weave my way through each wave of enemies until I reach the boss that turns the game from twin-stick to bullet hell.

The controls are tight, as they need to be, but there is some confusion about my character’s hitbox. During the bullet hell boss battles, some of the gaps between projectiles can look too small for me to fit through. Passing through some of these sections feels a bit more trial and error than it should be. With exploding cars, projectiles, and swarms of zombies, it is easy to lose track of everything that’s happening. A more pronounced or uniquely designed protagonist would probably negate this issue. 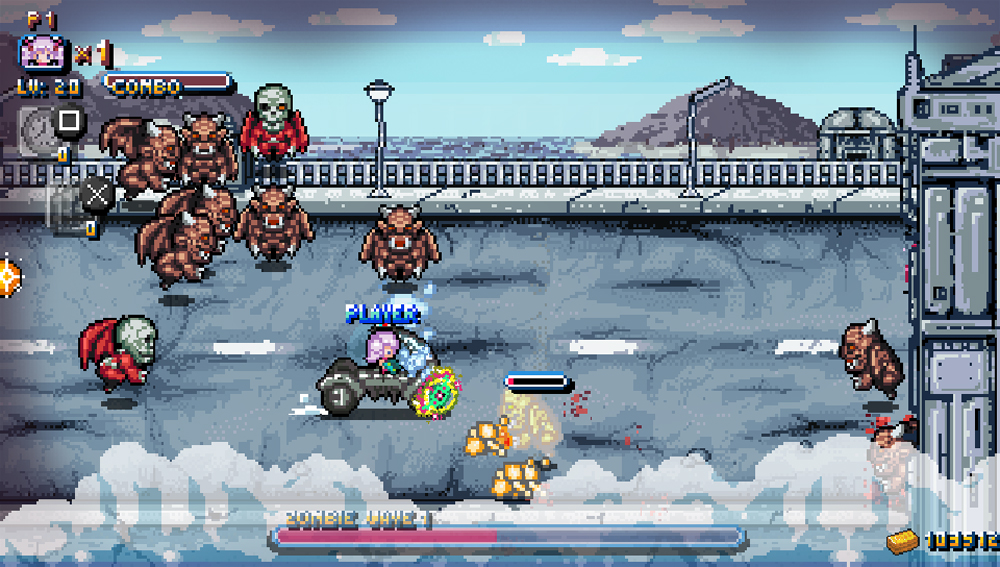 The PlayStation Vita version is the most basic of the three as it does not include local co-op. For me, portability means everything with this type of game and getting in a few rounds to and from my way to work has made the last week a delicious mix of splendid victories and crushing defeat. I probably would have attracted more attention one day when, after a particularly crushing Game Over, I screamed a vulgarity but thankfully there was a dance troupe who figured rush hour was the most appropriate time to perform between stops there to distract people. Of course, if you have a PS4 and Vita, you don’t have to choose as it supports cross-buy.

Riddle Corpses EX doesn’t go beyond its initial premise and I’ll admit I’m more than tired of zombies and demons as the go-to cookie-cutter enemies. With a bit more personality or perhaps some original ideas, it’d be a no-brainer to recommend. As is, it’s simply a fun and challenging twin-stick shooter that’s perfect in short bursts. Quite frankly, that’s good enough.