Yes folks, you heard that right, Returnal is a bonafide PS5 release. Is it worth (gulp) $70? It really depends on your penchant for roguelikes. 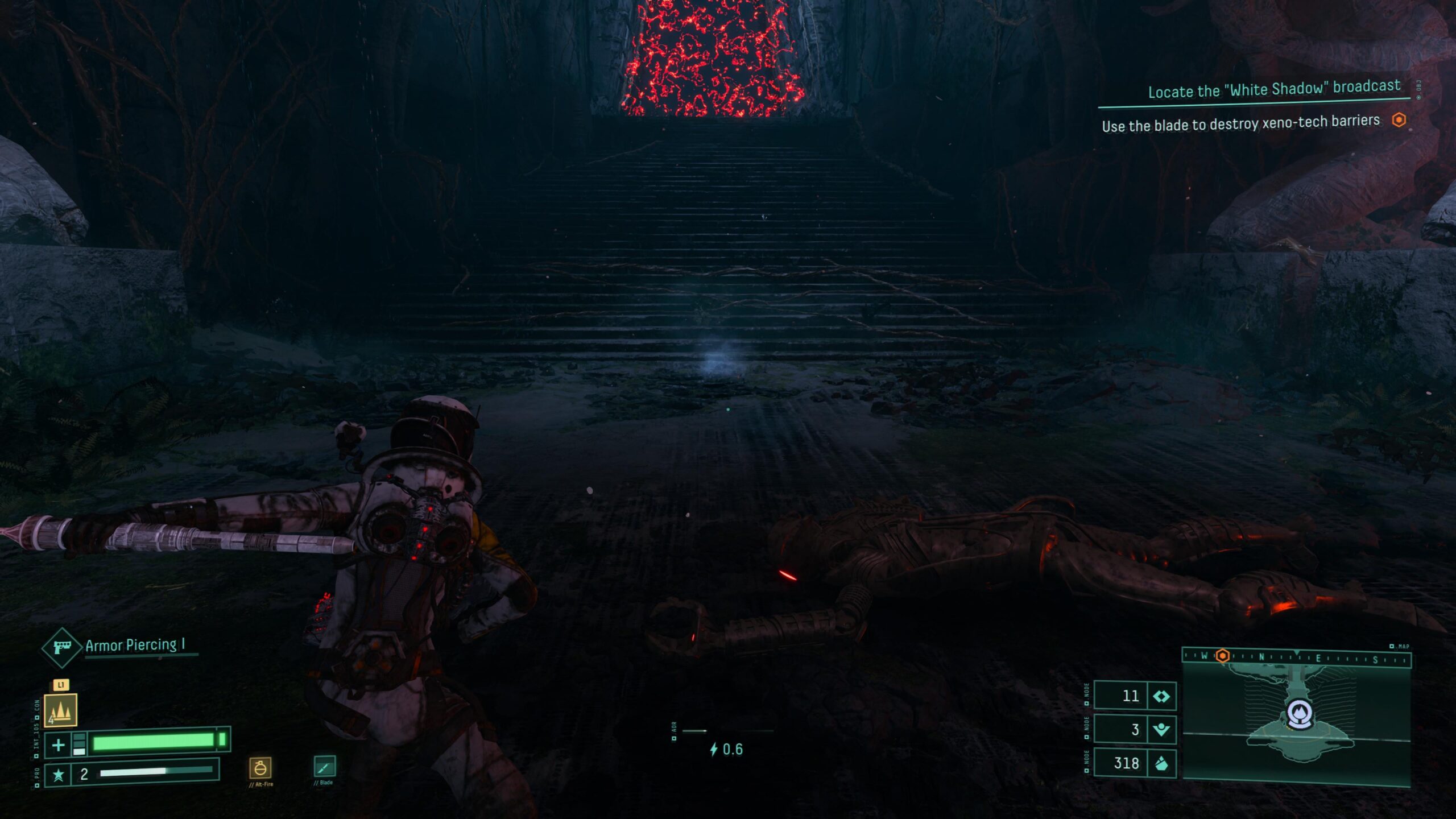 Housemarque is back and I’m into it. Ever since Super Stardust HD they immediately appeared on my radar and haven’t left ever since. While people are quick to point out more well-known games like Resogun when talking about The House, I’m particularly fond of a few of their lesser-known titles like Outland, which was a fantastic take on Ikaruga meets platforming.

This time around the studio is reinventing itself with a third-person shooter roguelike/roguelite. The latter bit is important, because like Hades, you’re going to be keeping permanent upgrades, and in the case of Returnal, shortcuts. So if you loathe the idea of “starting all over” upon every death or failed run, that’s not as much of a concern here. The gimmick involves a very Prometheus-esque setup of a woman (Selene) crash-landing on an alien planet filled with creatures that would make H.R. Giger squirm.

Every time Selene dies, she appears right back at the crash site, and needs to figure out why she’s there; amid a bit of coming to terms with personal trauma added in for good measure. As a result, Selene feels more like a character than a lot of similar genre staples, but there is a good degree of subtlety to avoid Returnal descending into cloying shlock.

Mechanically, you’ll get to your eventual endpoint by huffing it and air dashing through a handful of biomes, as you upgrade both an in-run track (that you lose after death) and an overarching permanent track. It takes some getting used to, but the adaptive triggers and rumble are neatly used here, allowing for regular fire if you slightly press down on L2 to aim, and alt-fire if you slam down hard. Each biome pits you against a big boss at the end, then you move to the next biome, get more upgrades, and try your luck again.

It’s very addictive because the “lite” bit of the rogue moniker is prevalent in the minute-to-minute design. Returnal doesn’t feel overly oppressive for the sake of it, as enemies can be handled through pure skill and twitch action and don’t have many opportunities to cheese or otherwise one-shot players so long as you have situational awareness.

Weapons also pack a punch, as do the vast majority of upgrades. Returnal uses a clever risk-reward system too, which can grant you access to better equipment if you chance that a marked item might give you a “malfunction” penalty. Typically you can heal these off with other items and/or some sort of imposed challenge goal, like “collect 200 currency.”

With this gambling system in mind, the pacing is extremely on-point. Typically upgrades are always within reach, and if they aren’t, I can try my luck with the curse mechanic that can also be adapted to with enough time and skill. Even the chance-based systems of Returnal can feel fair and balanced. A helpful map that marks items without guesswork is a huge plus.

The game’s pacing also highly benefits from a moody atmosphere that is haunting with 3D audio on PS5. It’s unsettling pretty much at all times, which is a very cool way to play a tense roguelike. At one point I had to pause Returnal because it got too tense. It sounds hyperbolic, but it was a good run! The real ones understand. 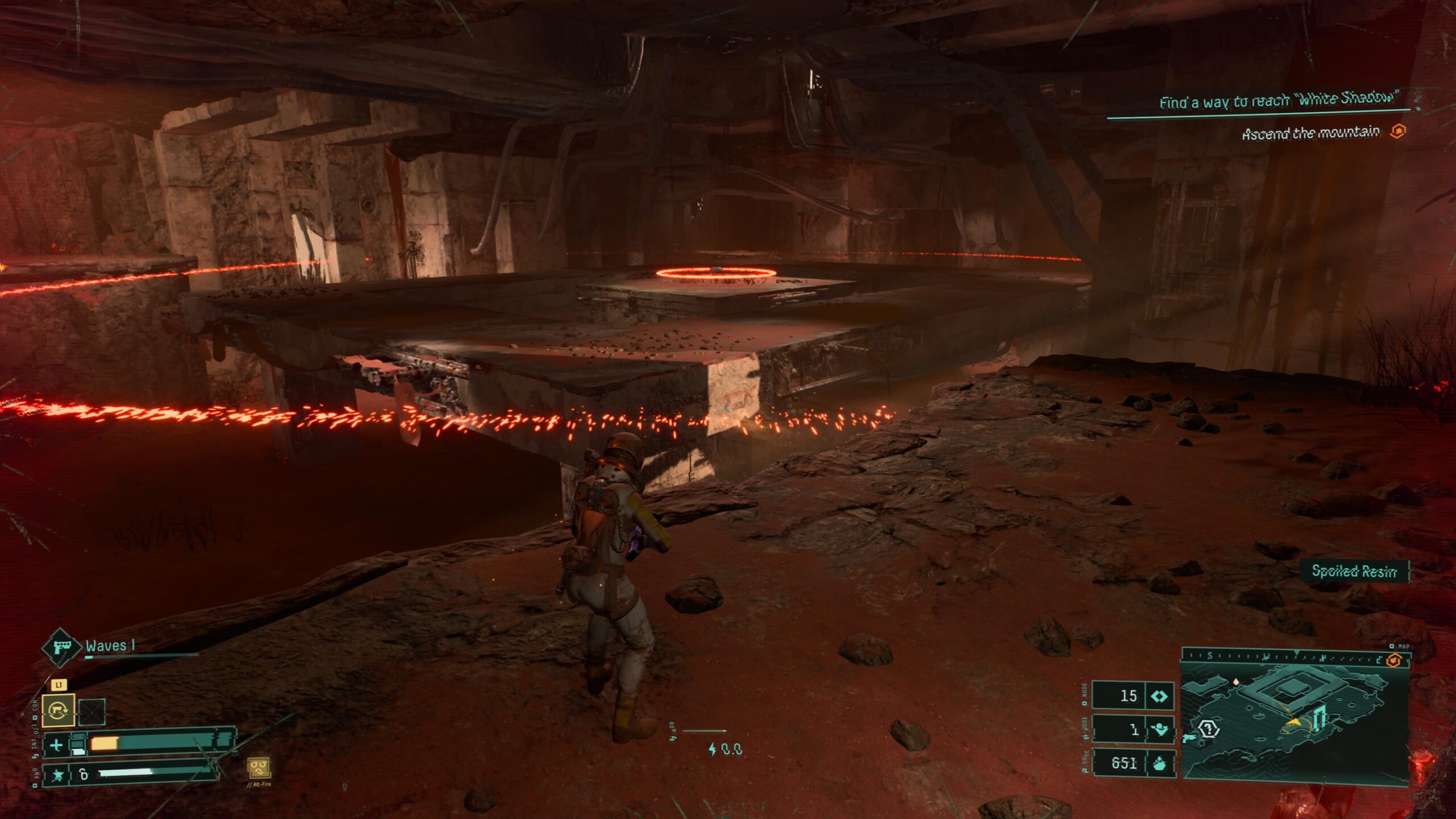 It’s all good so far right? Well likewise, the more you play, the more you learn and adapt; the more it can become too familiar. In each individual biome I didn’t find the enemy or environment variety to be as interesting as I’d like, and if you’re stuck on a particular area for a while, it can start to get very samey. It’s exacerbated by lengthy periods between permanent upgrades, which can result in a lack of tangible in-game progress: a problem for people who don’t feel like picking up mechanics is its own reward. Daily challenges and leaderboards might coax more out of a specific audience (but I’m going to ignore them).

Then there’s the rest mode requirement. In Returnal, you need to rest mode your PS5 in order to save progress during a hiatus. So if you’re on a really lengthy good run and want to play something else, you’re pressing your luck. Given how many issues I’ve had with rest mode since launch, I’m always uneasy using it, even if all my tests haven’t seen any issues.

Returnal is a mostly thrilling sci-fi action romp that suffers from a lack of scale at times. In the moment, I’m completely fixated on my run, upgrading like a fiend, and dashing around for iFrames like I was playing a Capcom game. But after that run ends and I’m looking at the bigger picture, Returnal can feel a little smaller than it actually is. Keep that in mind before you take the pricey plunge.