That’s it, folks. Resident Evil: Revelations 2 is finally done with its odd episodic format, delivering small chunks every week for the past month or so. The final package is out in all of its glory, including the disc version that should be hitting stores this week.

It’s been quite an amazing ride, due in part to the best take on the Mercenaries and Raid Mode formula yet, and a nice callback to some of my favorite games in the series. 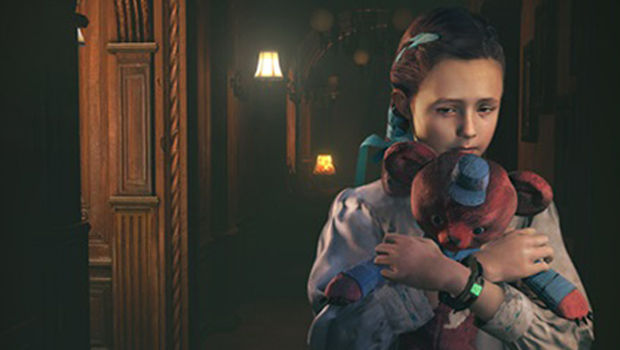 [Now that everything is said and done, you can read reviews for the first three episodes here (1, 2, and 3), an assessment of the Raid Mode DLC here as well as a tips guide, an explanation of what the “Extra Episodes” are here, and a full breakdown of all the prices here.]

While Claire and Moira took the main stage last time, Barry and Natalia are decidedly the focus in the final episode. The former pair has a really short episode ahead of them, which answers nearly all of the questions posed so far and explains how everything unfolded before Barry ended up on the island. You’ll make your way through a cool little laboratory area to get said answers, with a final non-combat confrontation with the Overseer, and a short action-oriented sequence. It’s brief, and sweet.

I’m really impressed by the Barry side in the fourth episode however, as it may be the best chapter yet. It’s long, varied, and full of tense moments, especially with the continued dynamic of Barry and Natalia. There are plenty of miniature puzzles on-hand that surpass the crate-based affair of the previous chapter, and the maps are a bit more open this time with plenty of hidden areas and nooks.

One of my favorite elements involves areas with a deadly gas, where both Barry and Natalia are forced to constantly move to higher ground to get a breath of fresh air. You can spend roughly 30 seconds in the gas before the screen starts to become hazy and you pass out, which lends itself well to some tricky sections with lengthy mine tunnels filled with enemies who are impervious to its effects. To say it gets tense is an understatement.

The finale, without spoiling too much, takes place in a setting similar to the very first Resident Evil game. It’s a lot smaller than a fully fledged Spencer Mansion, but it’s easily the highlight of Revelations 2 for me, and brings back plenty of fond memories — especially so for the Tyrant-like final boss fight. More of this, Capcom.

It’s at this point that I started to really go back and see what I could squeeze out of everything — and it’s a hell of a lot. I completed a few previous chapters in the Time Attack mode setting, one chapter with invisible enemies, and I went back and found a lot of hidden emblems and secrets that I missed. There’s a ton of special extras like a classic black and white horror filter setting, bonus weapons, costumes, concept art, and multiple difficulty settings to master. Finding out that Episode 3 had a small alternate ending for Claire’s story is also pretty awesome.

Over the past month, Raid Mode has also stood the test of time, and I still play it on a weekly basis. I’ve said pretty much everything that needs to be said about it in past reviews, but I can’t stress enough how deep it is, and how long it will take to truly complete, even with one character. Capcom really outdid itself for this one, and I’m looking forward to the next evolution.

At the end of its road, I’m happy to recommend Resident Evil: Revelations 2. It’s my favorite Resident Evil in years, and with a pricetag that’s $20 cheaper than most retail releases, it offers up hundreds of hours of entertainment for those who are willing to dig into Raid Mode. Like many other classic entries before it, I’ll be happily playing this one years down the line.

[This review is based on a retail build of the game’s Season Pass provided by the publisher. DLC was purchased by the reviewer.]