When I first approached Resident Evil: Revelations 2, I was fairly cautious. I had been burned many times by Resident Evil games in the past, but having played through Episode 1 and 2, most of my concerns were alleviated.

At this point, I think I can heartily recommend Revelations 2 as a whole, even if Episode 3 drags momentarily. 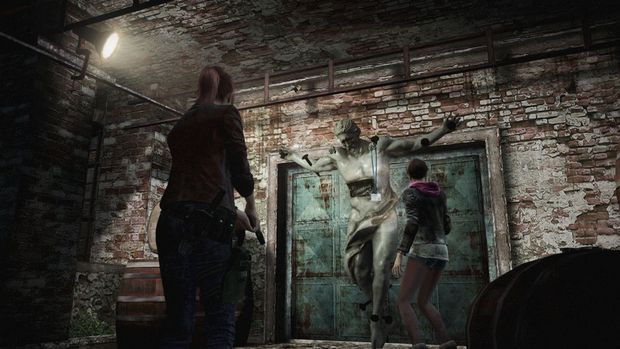 This time around Claire and Moira find themselves in a spooky ruined factory, which keeps the good creepy vibes of the past two episodes going. The area isn’t as straightforward as most, offering up a few fun puzzles, including a classic Spencer Mansion spike ceiling, and a neat flashlight-centric section. It gives Moira more to do without forcing it, and is especially fun with two players.

I particularly loved the slaughterhouse part of the episode, with waist-high pools of blood and plenty of creepy slasher-flick imagery — same with the sewers. The stealth sections also feel warranted and not wasted. The pair is definitely the focal point this time around, as their story is roughly twice as long as Barry’s portion. Claire’s conclusion features a boss fight, which operates similarly to past Tyrant confrontations. All in all it’s a great outing for the duo.

Barry’s bit doesn’t last that long, but it’s basically one big box puzzle after a short foray into the sewers. Natalia’s sixth-sense powers still come into play in a big way, but with a lack of new enemies it isn’t quite as exciting as the previous episodes where anything could happen. The box part as a whole isn’t bad, per se, but it’s reminiscent of the tedium that older games exhibited from time to time. Still, the combat holds up, and makes up for any dull moments.

Plus, I’m definitely happy with how the big picture is coming along this far into release. At this point I’ve gone back to past episodes to earn more costumes and extras, trying to get the best rank possible to unlock even more while earning experience along the way. I’ve also been on a medallion hunt kick, and damn those things are hidden quite well. It’s old-school gaming at its finest, and it feels more true to the series than a lot of other games have.

Of course, Raid Mode is still the main draw for me, and the more I’ve played, the happier I’ve become. The systems are starting to show even more depth than before as I accumulate a larger weapon pool, and the modification system used for customizing weapons and making them your own is excellent.

I’ve also stumbled across the Inherit mechanic, which allows you to pass on unique traits or abilities (like Wesker’s evade cancel or Hunk’s cloaking) to other characters. I have zero interest or need for DLC, which hasn’t been necessary even this far down the line. Playing Very Hard mode with all of your skills in tow and the weapons you’ve crafted is simply amazing. 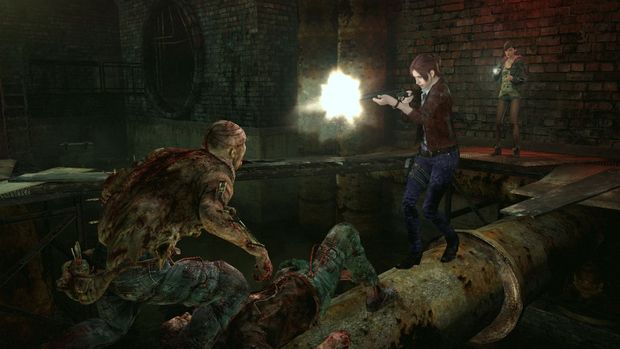 If you were on the fence for Resident Evil: Revelations 2, you may as well wait a week and pick up the disc version. Stay tuned next week to find out how the final episode is and what my thoughts are on the complete package.