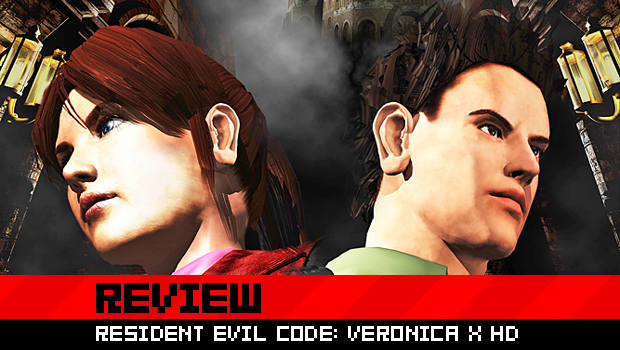 Some games age better than others. You see a lot of game developers and animators still using 8-bit art in modern games, while plenty of fans are excited to buy and re-buy titles from the 16-bit era. Then you have Minecraft, one of the most profitable indie PC games ever, which looks like something from the PS1 era — it can even run on a DS!

Sadly, games from the late Dreamcast/early PS2 era don’t tend to age as well. While sprite-based graphics have an aesthetic all their own, and low-polygon-count CG graphics have an abstract, almost Cubist integrity to them, most Dreamcast games used the same “realistic” style found on the PS3/360 today. When these now-10-plus-year-old games try to go toe-to-toe with new current-generation games, it’s not always pretty.

That’s only where the trouble begins for Resident Evil Code: Veronica X HD. 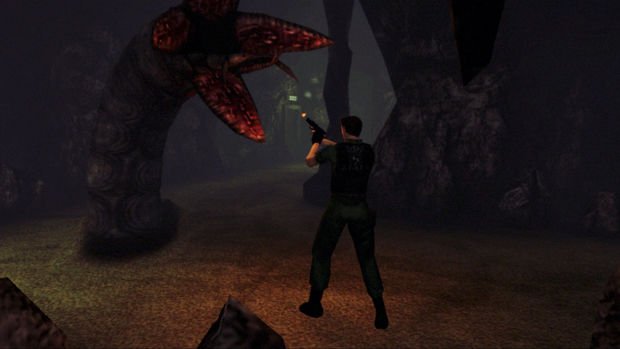 When Resident Evil Code: Veronica was first released, there were exactly two big zombie franchises in the world of gaming: Resident Evil and House of the Dead. Being of two different genres (survival horror and on-rails shooter), the two never really competed with each other. The only games Resident Evil had to compete with back then were other Resident Evil games. Now, we have Dead Rising 1 and 2; Left 4 Dead 1 and 2; a Resident Evil remake, RE Zero, RE4 and RE5; Dead Island; the zombie modes in Call of Duty; the upcoming Lollipop Chainsaw; and more that I’m probably  forgetting in the midst of our zombie-clogged modern gaming climate. It is nearly impossible for Resident Evil Code: Veronica X to compete with these games, many of which are now available for $20 or less.

The ways that Code: Veronica X has been eclipsed are nearly too many to count. For starters, the best new features from Resident Evil 3, the game’s in-some-ways-superior predecessor, didn’t make the cut in this sequel: there’s no dodging, no randomized enemies and items, no choose-your-own-adventure branching paths, and no being stalked by a giant super-zombie. In other ways, the game is classic, old-school Resident Evil, and that’s not always a good thing. The game’s auto-aim-based combat system makes taking out zombies too easy (at least in earlier parts of the game), and on top of that, you’ll rarely see more than five enemies on screen at any one time. It’s very hard to be scared when you know that clearing just about every room is a few auto-aim kills away. Most of the time, you can take out a zombie when you hear them moan from somewhere off the screen. Just auto-aim and fire; the zombie will be dead before you even see them, let alone get a bite taken out of you. 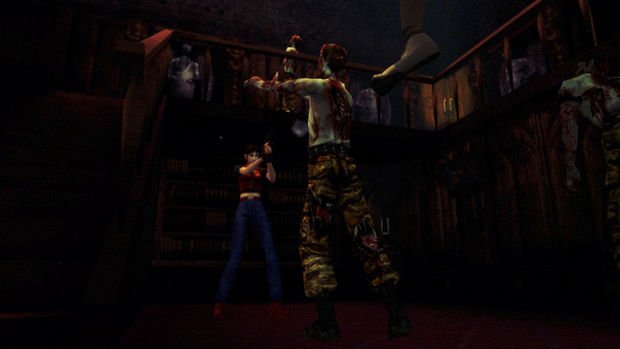 Code: Veronica X never claimed to be a “fun” action game. At this point in the series, the focus was still on scares and atmosphere. The game does some have some clever moments designed to induce a sense of tension and vulnerability. There are new enemies that attack you from a distance in interesting ways (like with sniper rifles), and there are plenty of times when you’re forced to anticipate a zombie attack long before you can do anything about it, when you have to take on zombies without any weapons, or when the environment is just as much of a threat as the creatures hunting you down. The bosses are also generally well done — auto-aim still simplifies these battles, but it won’t be enough to save you. You’ll also have to choose your weapons, manage your inventory, and work the environment to win.

Those are the high points. There are plenty of low points, too, like the monotonous backtracking and fetch quests. The voice acting, dialog, and character animation range from hilariously bad to just bad. As for the visuals, they definitely look cleaner and less blurry in HD, and the lighting has been drastically improved, but this is still a Dreamcast game at heart. It has not aged half as well as Resident Evil 4, for visuals and just about everything else. Children of the HD era may be able to easily give Resident Evil 4 a pass, but many of them are sure to hate Resident Evil Code: Veronica X at first sight. 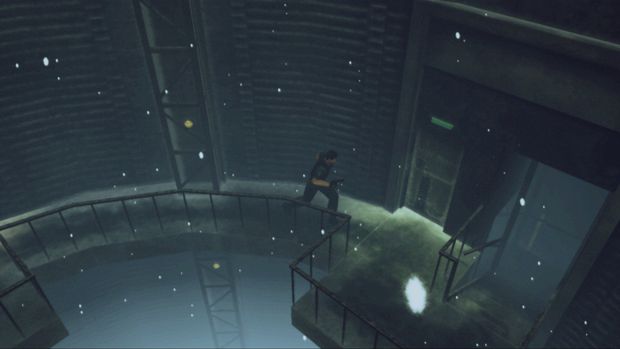 That’s a shame, because the game is really good in theory. The story chronicles the parallel lives of the Redfield siblings (Claire and Chris), two Resident Evil mainstay protagonists, and zombie-making Umbrella Corporation heirs Alfred and Alexia Ashford. Then there is Steve Burnside, Claire’s boy-toy, who offers some coming-of-age themes as well as a doofy, butt-headed foil to Claire’s strong, cool-headed heroine persona. Larger themes of identity, incest, and family loyalty also run throughout. They are all good in theory, but in practice, it’s hard to take too much of it seriously. It’s all just too poorly crafted, at least by today’s standards.

I should also mention that the game has some sort of online leaderboard system. I couldn’t test it out, as Capcom asked us to not go online with the game until after its release. I’m assuming they are rankings for either the main game or the cool FPS-style bonus game that’s unlocked after the first play-through. Either way, it’s hard to imagine that leaderboards will count much towards the value of a survival-horror title such as this, but if they somehow drastically improve the experience, expect me to head back here and update the score accordingly. 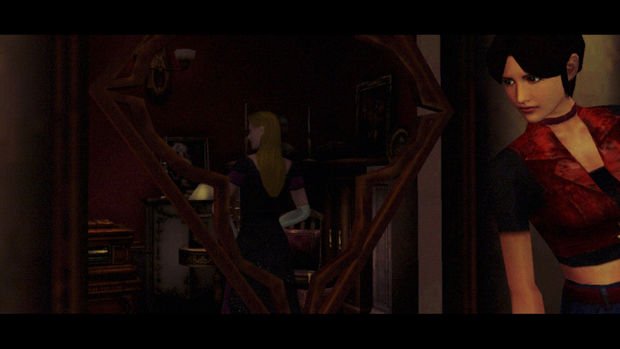 In the end, just about every aspect of Resident Evil Code: Veronica X feels like a missed opportunity. The fact that Capcom chose to re-release this game in HD instead of the much more gracefully aged Resident Evil remake or Resident Evil Zero is strange in and of itself. On top of that, Capcom had access to all-new, near-HD-quality Code: Veronica art assets from Resident Evil: The Darkside Chronicles that they could have plugged in and reworked for this remake. Sure, they would have had to do some work from scratch, but that would have done so much to make this game palatable to modern audiences.

Instead what we have is re-release of a 10-plus-year-old game that doesn’t have enough new content to appeal to those who already own it and will be hard to adjust to for those who have no nostalgia for the original. If you really loved the game but lost your original copy, then you will probably enjoy playing the game again, but just get ready to have your rose-colored glasses cracked. I loved Code: Veronica the first time I played it, but this release was actively painful to play through at times. There are likely much better ways for zombie fans to spend their time and cash. Resident Evil Code: Veronica X is a significant but ultimately not-worth-replaying relic of Resident Evil history.