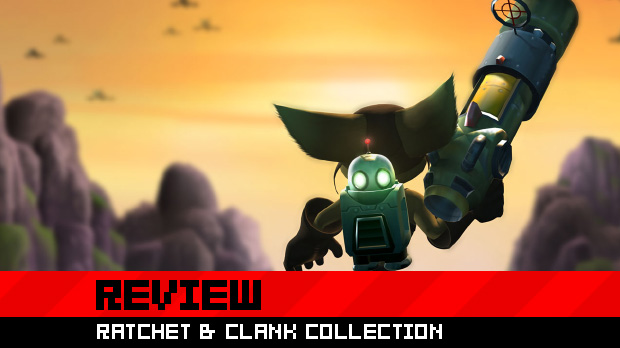 For a while there, the 3D platformer was lost on Sony’s platform but then Insomniac found it. And, somehow, the Spyro guys made it better than the genre ever was on the PlayStation.

Along with Naughty Dog and Sucker Punch, Insomniac took lessons learned from the previous generation, spliced the traditional platformer with other genres, and churned out one of the best trilogies that games have to offer.

Due to its cartoon visual style, rich environmental detail, and ahead-of-the-curve tech, this is one of the best looking HD collections released yet. While the first Ratchet & Clank may be a bit too rough of a blueprint for new players, the following two are classics that deserve a place in everyone’s collection. 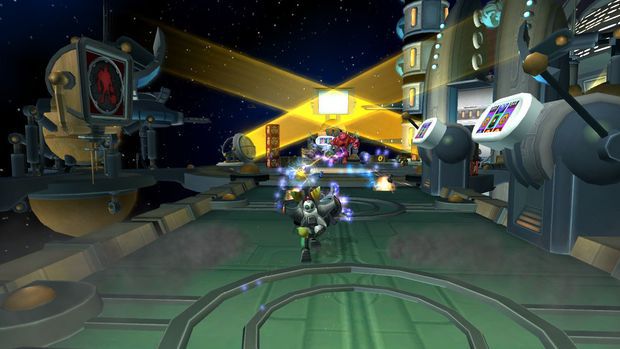 One of the great things of having this collection is that you get the origin story of the series and see how the series evolved along with Sony’s console. More than Sly and Jak, Ratchet & Clank nails that Saturday morning cartoon vibe and keeps the plot interesting through strong writing, endearing characters, and great pacing. It’s strange to hear different voices for the characters and no goofy laughs from Clank, but these are still the same two lovable intergalactic heroes I came to love in following entries.

From the enemy robots’ design to the detailed sky box, Ratchet & Clank looks phenomenal for a decade old game. I just can’t get over how detailed the game’s backdrops are with rows of buildings in the distance, flying cars, and birds flying through the clouds. Metropolis was the visual benchmark for the PS2 and it’s fascinating to see how much it evolved over the series.

The original R&C was an innovative attempt to blend third-person shooting with platforming, without the sluggish, awkward controls of Mega Man Legends. By comparison to Capcom’s divisive game, Insomniac really pulled off a miracle here and made a platformer that works just as well as a shooter. However, the controls pale in comparison to the sequels. Ratchet feels slow. Aiming is feasible but hardly intuitive.

It’s hard to remember, but there were many PlayStation 2 series that were just as annualized as Call of Duty and Assassin’s Creed are now. Perhaps I never noticed because the sequels always took great leaps over former entries and found unique ways of rebranding a series. I can list a couple here, but let’s just focus on two exemplary picks: Going Commando and Up Your Arsenal. Though UYA built upon Commando, each game represents a yin-and-yang in the series that would influence the PS3 entries that would follow. 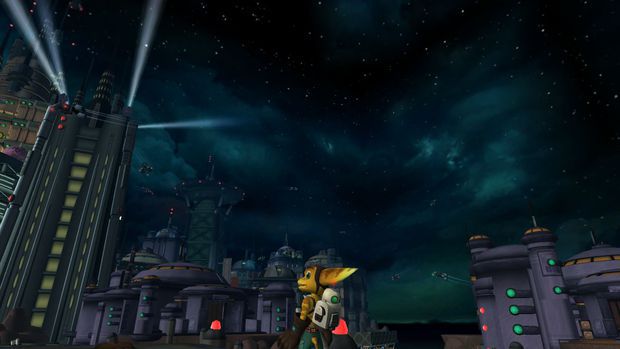 Going Commando was a stroke of genius. Along with addressing the lackluster controls of the debut, Insomniac piled on an addictive leveling system, great mini-games, weird Pikmin-esque Clank sections, ship combat, and tons of new stuff — new gear, new items, new weapons, new enemies, etc. What’s more: Almost all of it are quality additions to the series. While many of the puzzle aspects of GC wouldn’t appear in its sequel, the new focus on more enemies, faster combat, and more options remained.

Up Your Arsenal’s improvement and redirection for the franchise is subtle but an unmistakably bold move for Insomniac. Not only did they put the emphasis on shooting more than ever, the game now had a multiplayer mode that was surprisingly great with a Battlefield-esque capture the nodes mode called Siege, Team Deathmatch, and Capture the Flag. Throw in the gadgets from single-player and some vehicles and you have one of the best multiplayer modes of its era.

Considering Ubisoft left out multiplayer from its Splinter Cell HD collection — despite that being the main draw for many series fans — I’m blown away that it would be included at all. It even works pretty well, depending on the host’s connection. The same can’t be said for the lobby system which is a buggy mess. My system locked-up twice while trying to find a game. It’d turn me off entirely if I weren’t such a big fan of the multiplayer. 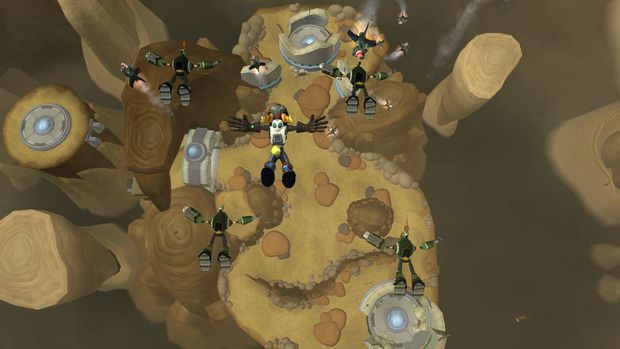 For most people, the single-player of UYA will be enough. It’s Ratchet & Clank at its most focused and fun. Every level is full of unique moments, compelling scenarios, and intense firefights to be had. Smart additions like blocks to take cover behind, a new control scheme that adds free aim, and a way to swap between weapons quickly make the already great gameplay of Going Commando into a thing bordering on perfection. Whether you are in a mech fight with Clank or bashing things with Ratchet’s wrench with the new Inferno ability, UYA is one of those rare games that makes me smile every minute of the way.

Up Your Arsenal isn’t just the high-water mark for the series’ PlayStation 2 days, it was the pinnacle of the 3D platformer in its generation. No other genre entry stood as tall until Super Mario Galaxy and A Crack in Time. Whether you are interested in playing one of the all-time greats in UYA, rekindling nostalgia with Going Commando, or digging up the series’ origins with the debut, there is a lot to enjoy in this package. 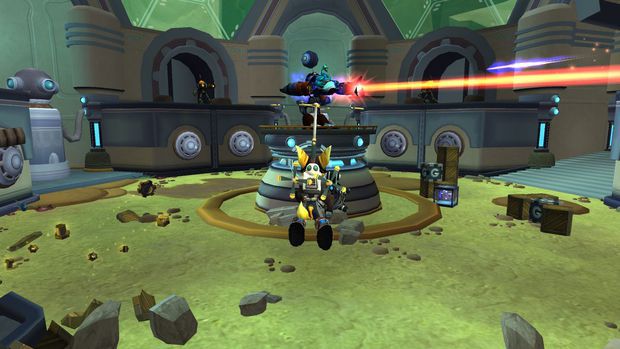 There are some small complaints that are common with these collections: cutscenes are mostly 4:3 ratio (but oddly in HD), you can’t swap games from menu, and some assets haven’t made a smooth transition to next-gen. It’s questionable and discouraging to see Deadlocked missing (yet slated for a PSN release later this year), not to mention the handheld titles, but it’s hard to deny the quality of this package. Seeing these bright, detailed worlds in smooth 60 fps and HD is worth the price of admission.

Ratchet & Clank Collection is a reminder of how one developer dared to give some guns to a platforming mascot and made a couple classics in the process. In an era where every third-person shooter comes with bloodstains and a cover mechanic, it’s nice to return to this lovable duo and discover that they haven’t aged a bit.