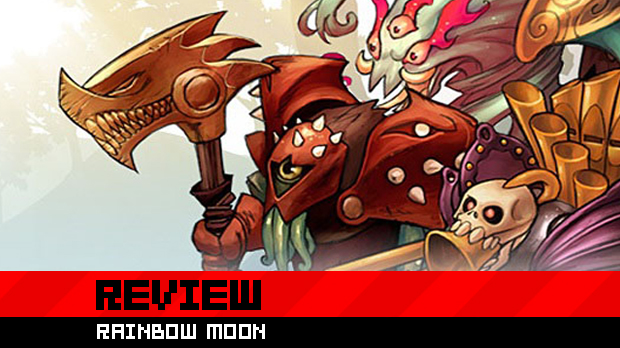 Tactical role-playing games gained a more mainstream momentum with titles such as Final Fantasy Tactics and Fire Emblem on the Nintendo DS due to their bright, friendly graphics and user friendliness.

After more notable hardcore strategy RPGs came onto the scene, the whole genre (along with most traditional Japanese RPGs) abruptly got neglected in favor of the new influx of Western RPGs that often includes a focus on action-oriented gameplay and flashier graphics.

In this new climate, it’s a bit unusual to find Rainbow Moon as a recent addition on the PlayStation Network, as the game sits firmly within the traditional constraints of early SRPGs. Despite its vast universe and diverse customization options, Rainbow Moon fails to make a splash in a genre that deserves a much-needed revival. 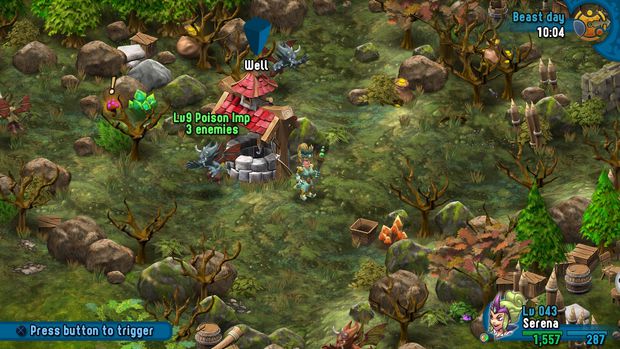 Rainbow Moon‘s story begins rather abruptly with the main protagonist, Baldren, getting warped through a magical portal into a new world by his arch-rival Namoris. Baldren is blamed by the locals for all of the monsters appearing lately, and it becomes his duty to find his rival and most importantly, get back to his home.

In several hours of gameplay, the main story never really deviates from this, nor does it add any sort of intrigue or wonder to the world as a whole. One of the biggest crimes of Rainbow Moon‘s story is that characters you gain along the way are generally collected unceremoniously through fetch quests, and aren’t really given any sort of interesting backstories. 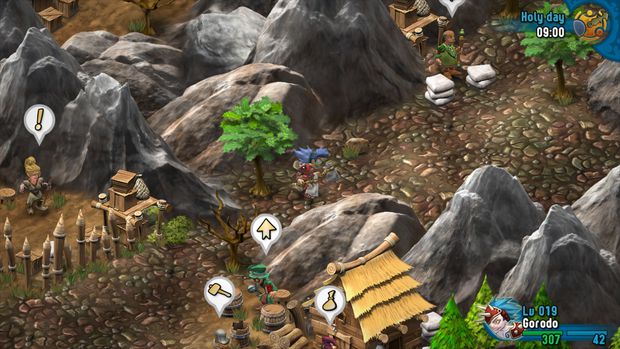 In fact, the game generally progresses through a series of fetch quests that make the mechanics of Rainbow Moon show through early on and wear thin quickly. There isn’t much voice work in the game, either, though the little bit of it you’ll find can get grating and old before long (the healer, who you’ll rely on throughout the game, is an especially irritating example of this).

Of course, story isn’t the primary draw of strategy RPGs and where Rainbow Moon does admittedly shine is in the actual battle-to-battle gameplay. The combat takes place on large grids where each character has a basic attack and special attacks gained through scroll purchases and leveling up. Like most SRGPs, the combat plays out like an ever-shifting game of chess, where each attack needs to be planned intelligently in order to maximize hits and defend properly.

Sometimes enemies drop bags of loot, and a risk/reward system comes into play in moving characters to the loot locations while still in battle in order to maximize the potential of the type and amount of loot you gain through battles. Loot plays a big part in Rainbow Moon, as a good chunk of the game is devoted to managing your resources so that you use raw materials to upgrade your weapons and equipment, or simply sell the materials to get better equipment. 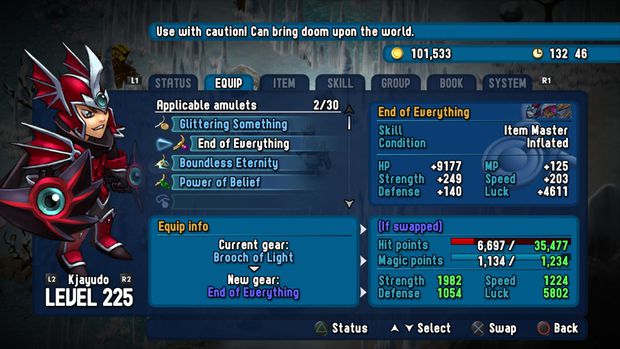 There are many other more passive factors that may come into play during a battle, such as the type of weapons your characters use and their viability against enemy weapons, or your positioning on the battlefield and skills that may enhance your party through smart placement. The game has an incredibly gradual learning curve; passive skills barely even play an important role in the first few hundred battles.

In fact, the biggest downfall of Rainbow Moon is that it takes it just a bit too easy on the player. You can save absolutely anywhere as long as you’re not engaged in a battle, and if you do die, it becomes not much more than a slap on the wrist, as you aren’t really punished for death beyond having your health and mana points completely drained and forcing you to seek out a healer to spend hard-earned “Rainbow Coins” to bring your condition back to normal. This might provide its own challenge if the healers weren’t nearly always within very close vicinity; tougher dungeons generally become frequent returns to the closest healer instead of any sort of strategic stocking of your supplies. 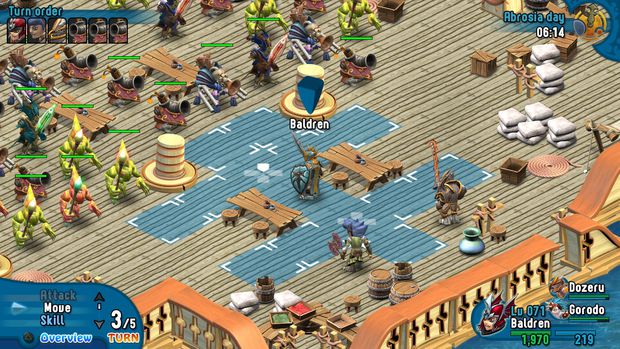 Despite all of my complaints, there is certainly something to be said about Rainbow Moon‘s main gameplay: like comfort food, it is easy to digest and always reliable. I found myself going back to the game for second and third helpings not necessarily because I believed the game would show me something new and innovative, but because the familiar strategy and loot grab elements made the gameplay generally engaging and dare I say it — even fun.

However, after around 20-30 hours of a repetitive grind-quest that found me repeatedly leveling up to take out enemies in a given area and defeat a boss only to approach new enemies that would require another few hours to once again level up and do the same, I still saw no engaging story in sight and my interest waned. I had acquired several characters in my party and had even leveled up their skills and given them new skills, and yet knew of no interesting backstory for any of them or any truly compelling reason to why they were aiding me on my quest. 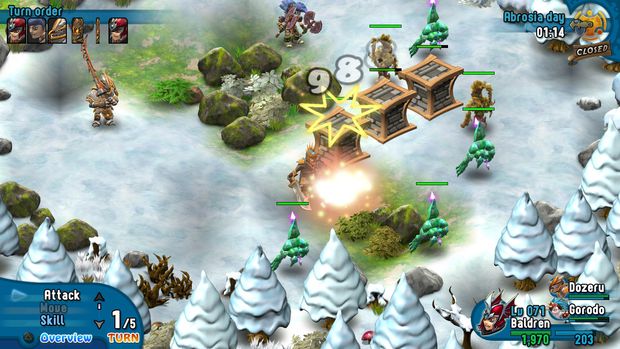 Admittedly, I don’t believe I got anywhere near finishing the game in my hours of playtime, though in many ways, the game feels a lot like a casual iOS title in that it doesn’t demand too much of the player other than their time. If the game had an engaging story and actually felt more like a “game” than a procedural chore, I would have been committed to finishing it properly. Instead Rainbow Moon offers you the gameplay you love, with none of the charm or interest.