Millions of California residents like myself are bracing for what could be a very dry year for our state. Water conservation may have to make a comeback in 2021 as our snowpack is below the yearly average, and I honestly can’t remember the last time it rained where I live. While I guess I should be thankful to reside somewhere that’s bright and sunny nearly every day of the year, I could sure go for some clouds right about now. Especially a jerk cloud, like the one in Rain on Your Parade. 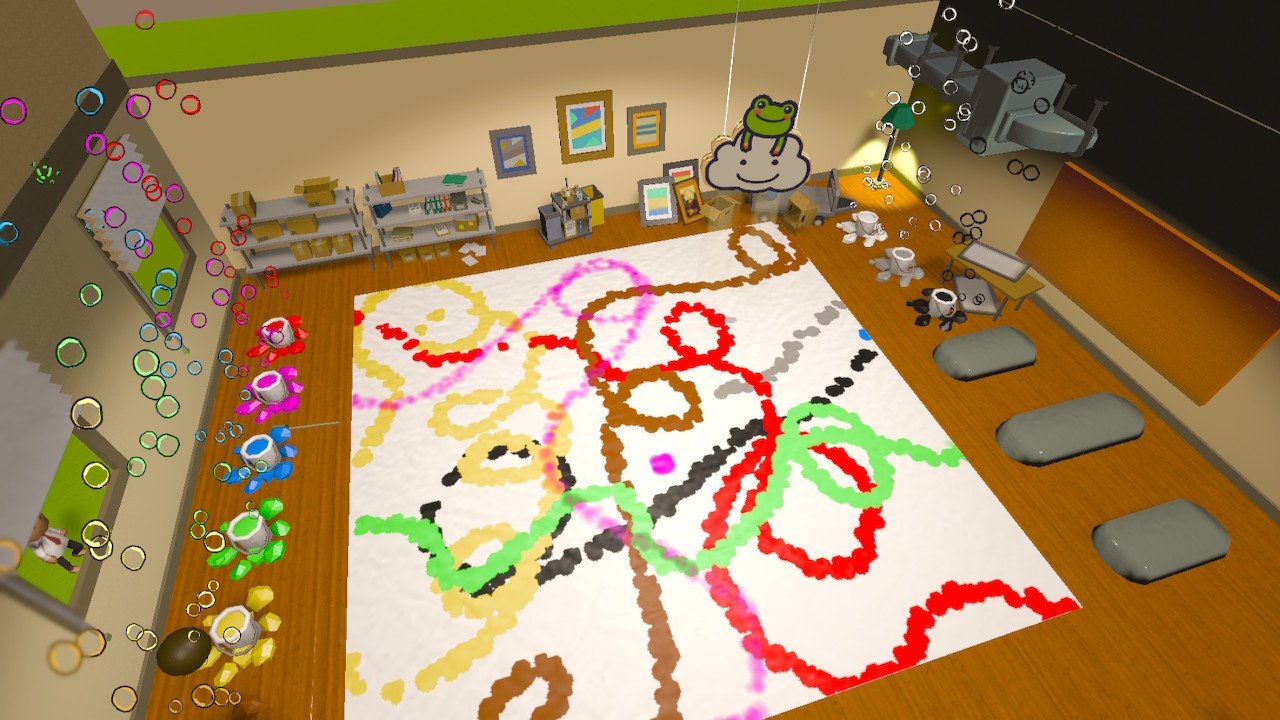 Rain on Your Parade has a simple ask for players: be the jerkiest jerk cloud you can possibly be. Set to the backdrop of a grandfather’s bedtime story to his grandson, the game puts players into control of a cloud looking for a mythical land known as Seattle. To get there, he’ll travel across a few dozen stages completing challenges and unlocking new abilities.

The cloud’s principal ability is that of rain. Use it to soak people, to water gardens, to extinguish campfires, and more. There are actually several different liquids players can utilize in their puzzle solving. Soak up some acid and you can corrode vehicles with it. If you find some oil, you can burn this mother to the ground. Depending on the level, you might have to retry the challenge if you run out of liquid. Most stages shouldn’t give players too much trouble, however, as the real trying tasks aren’t unlocked until you gain access to New Game+.

I have to hand it to the developer for getting just about the most out of the premise as it could. Across 50 stages, players will use the cloud’s four abilities — rain, tornado, snow, and lightning — to wreak havoc on the people below. And nobody is spared from this cloud’s wrath. One level will propose you soak a bunch of children until they run scared across the school, while the next will challenge you to free a little green alien trapped in a quiet mountain town. Several stages here reference pop culture to great effect, such as a level inspired by Silent Hill and another that presents a series of challenges based on the American Office. There’s even a separate mini-game modeled after Doom with first-person shooter controls and all.

When these levels and themes hit just right, they stand out. Unfortunately, so do those stages that really miss the mark. Later challenges, such as a Plants vs. Zombies tower-defense level and one themed around The Legend of Zelda, were probably good ideas on paper but are long and dull in execution. And while I know it’s a challenge to come up with 50 completely different puzzle ideas, I’d wager one or two of these stages were designed around getting attention on social media rather than creating a unique and interesting challenge. 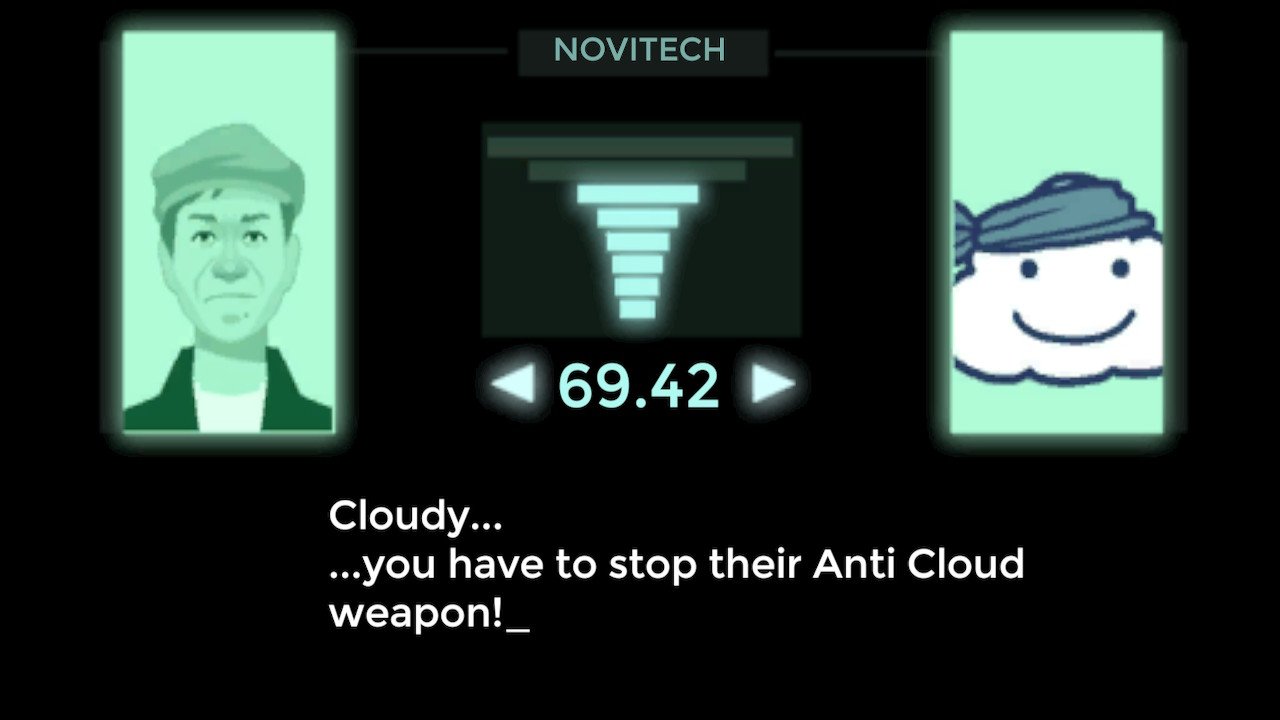 Thankfully, those levels are few and far between. Most of my time spent with Rain on Your Parade with filled with absolute joy. It’s simply a fun game with genuinely amusing dialog and art direction that is very pleasing to look at. The developers might have overused the screen-blur effect, but each one of these stages is quite lovely and I can tell there was a lot of consideration put into the layout and design of each one. And the costumes you can unlock for this jerk cloud are absolutely adorable.

Rain on Your Parade more or less delivers on what it promises. It’s a clever and charming game that’s bound to put a big, dumb smile on your face each time you ruin some unsuspecting person’s day.