Through the course of eight stages, Rain Blood Chronicles: Mirage tells the story of two swordsmen, Soul and Shang. Recent recruits of an assassin order known as “Cabal,” they seek answers to the mystery of their disappeared mentor, Jade, lost on a mission against a domineering power in the Martial Realm.

At least, I’m pretty sure that’s what happened. 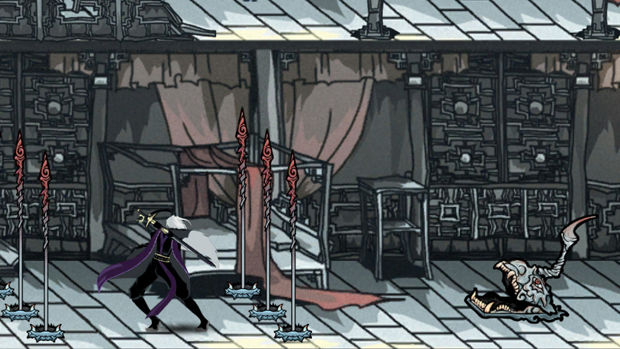 Rain Blood Chronicles: Mirage gives the appearance of being just one facet of a larger idea, set in a world which extends far beyond the conflict players participate in. The Martial Realm has a pretty extensive framework, with various organizations combating one another for control of the world. It has a lot going for it, drawing on the Wuxia tradition, combining the common pre-modern Chinese backdrop with an element of science fiction and blending them in a way that feels natural.

Unfortunately, the narrative is a bit hollow and has a tendency to fling around names and places too casually, as if expecting the player to already have intimate knowledge of the world based solely on loading screen tooltips. Additionally, subtitles in the earlier portions of the game are a bit rough, leaving a poor first impression though they seem to improve as the story continues.

Background information filling in the blanks can be uncovered in the environments in the many hidden chests and secret areas, unlocking bits of flavor text accessed from within the game’s hub area. These are generally well-written and interesting, but making sense of what’s going on in the story necessitates collecting most of them to put the pieces together. A treat for the completionist, but less dedicated players will likely find themselves engaged in a bit of head scratching.

Combat is fast and controls simply, with commands for light and heavy attacks, an ultra attack tied to a meter, jumping, activating a character’s special ability, and switching characters. The game plays well with keyboard and mouse but having a gamepad is highly recommended. Combos are easy to perform with the two-button design and get more interesting with the application of the pair’s unique abilities.

Soul and Shang both fight with swords and that’s where the similarity between their skills ends. Soul is a very simple, straightforward character, with an eight-directional dodge move providing counterattack opportunities when timed to avoid strikes. Shang is a more technical fighter, able to create energy swords which provide a defense to incoming attack and can be unleashed in a torrent of attacks on enemies. He takes a bit more getting used to and a bit of a methodical approach but is capable of racking up a ton of fast hits for combos.

It’s not necessary to become well versed in both play styles to finish the story mode, but the benefits of doing so are considerable. Soul and Shang don’t share experience rewards from slain enemies, necessary to buy new skills, so favoring one may put the other at a disadvantage should it become necessary to switch. And by switching between the two characters, massive combos can be built and maintained for longer, rewarded by in-game currency used to purchase and upgrade combat skills and equipable accessories which provide passive benefits to health, damage, and more. Up to four of these accessories can be used by each character at a time, opening a vast wealth of options and strategies for making the most of Soul and Shang’s abilities. 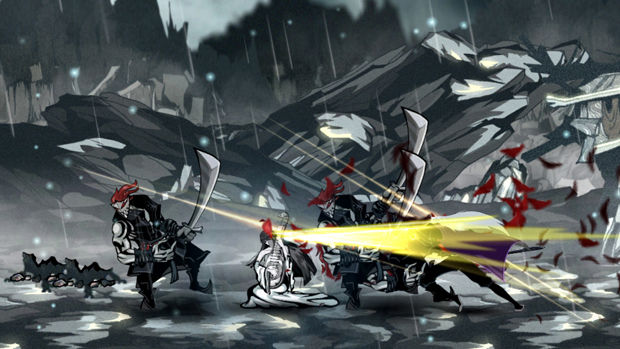 A fine system, though time consuming. Gathering enough resources to buy upgrades is quite slow at the start, particularly if you’re struggling to build up a solid combo, and it can feel as though progress simply isn’t happening fast enough. Once the ball gets rolling and upgrades make combat easier, the rewards start coming in at a steady pace but a good bit of grinding is still necessary to unlock the full range of abilities and items.

Three difficulty settings are available at the start, with a fourth unlocked by completing the story once, and these represent a very broad range of challenge. Higher settings increase enemy health and damage, and makes them generally faster and more aggressive. At its easiest, Mirage is practically a walk in the park and it’s possible to become effectively invincible with the right accessories. The most challenging will completely wipe the floor with the unprepared, especially in the late game with enemies capable of keeping the player juggled while eating away most of their health. Thankfully, the game features very frequent checkpoints to prevent lost progress and there’s even a consumable item available which allows for an instant revival if a sequence proves too difficult to complete in one go. This range of difficulty is flexible enough for a casual or inexperienced player while still offering a considerable challenge to those of great skill.

Enemy variety is a real strength. New types of opponents continue to appear throughout the length of the story, each bringing with it another complication for combat. These include ranged attackers and elite units which summon an endless supply of minions while providing them stat bonuses, and picking which targets to focus on first can be crucial. They’re also very cool to look at with elegant details and distinct animations. This extends to the boss encounters as well, each stage featuring a mid-stage miniboss and a final challenge at the conclusion. Nearly all of these are satisfying, difficult fights, and while one or two of the minibosses fall a bit on the tedious side, they’re forgivable exceptions. 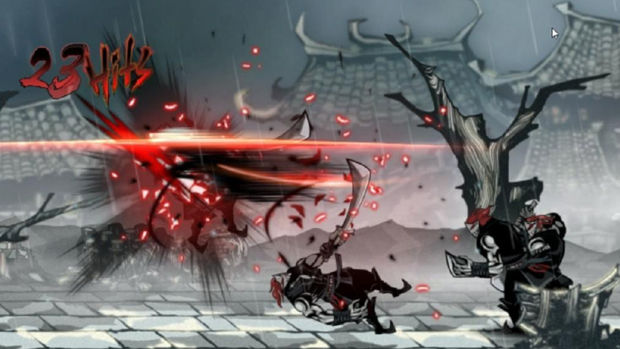 Finishing the story unlocks an additional two modes, so there’s still more you can do if you haven’t tired of the combat yet. There’s a “Boss Rush” mode, which provides a nice way to package the more memorable moments from the campaign, and an “Endless Tower” with room after room filled with different enemy groupings of progressively harder difficulty. Both of these modes can also be attempted with a second player, allowing Soul and Shang to be wreaking havoc onscreen simultaneously, while a dueling mode rounds out the multiplayer offerings.

Rain Blood Chronicles: Mirage probably isn’t going to stick with you as a cherished experience, but it’s a competently designed combo slasher with a fair bit going for it. Players who like their 2D hack n’ slash combat fast and accurate should be satisfied.