When it first debuted a few years ago, Psycho-Pass was well-regarded among anime fans and critics alike. The show’s dense plotting, bleak setting, police-procedural chops, and cyberpunk flair called to mind landmark sci-fi anime like Ghost in the Shell and Ergo Proxy. Fast forward to today, and the experience of enjoying a Psycho-Pass story is no longer limited to anime nerds, thanks to the presence of a new Psycho-Pass game on PS4s and Vitas everywhere.

That just leaves the question of whether the Psycho-Pass: Mandatory Happiness can actually fulfill its own “mandate.” Can this game make both fans of the anime and newbies to Psycho-Pass happy? 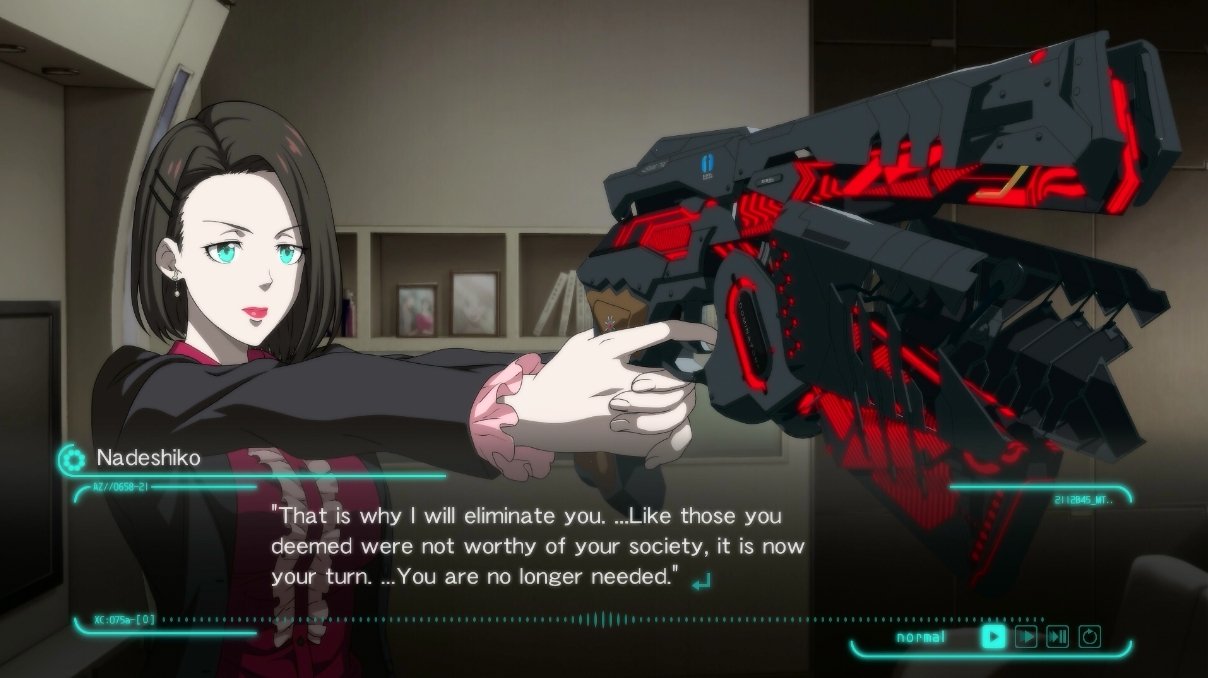 All things considered, perhaps that was the wrong question to ask. The world of Psycho-Pass really isn’t a happy one, anyway. There’s a lot to unpack about the game’s dystopian vision of an isolated 22nd-century Japan. The country is ruled by the Sibyl System, a mechanism capable of scanning any person’s brain, categorizing their mental state according to an array of colorful “Hues,” and recording that data on one’s titular “Psycho-Pass.”

From the Psycho-Pass, the system can then tell people how to live their lives for maximum happiness, determining their medical needs, job prospects, and even their potential for criminality, with the latter figure displayed as a “Crime Coefficient.” People with too high a Crime Coefficient get labelled as “Latent Criminals,” and are targeted for isolation, torturous “therapy,” or even death, by the detectives of the Criminal Investigation Division.

The CID clearly believes in using fire to fight fire, or in this case, criminals to catch criminals, as its core unit consists of a rather literal “good cop, bad cop” dynamic. Calm, clear-minded individuals are “Inspectors,” and are assigned to act as handlers for “Enforcers,” actual Latent Criminals whose talents and mental states allow them to understand and anticipate the unthinkable actions of the criminally minded. Wielding Dominators, rad transforming pistols that can stun perps harmlessly or make them explode like blood pinatas, the CID’s investigation teams hunt down those whose Hues have “clouded” too much, capturing or killing them as the Sibyl System commands.

Psycho-Pass‘s setting is dense, evocative, and thematically packed in a way that makes the detail seem meaningful rather than arbitrarily complex. And it’s in this rich, depressing world that Mandatory Happiness casts players, in control of two CID agents: Newbie Inspector Nadeshiko Kugatachi or veteran Enforcer Takuma Tsurugi. 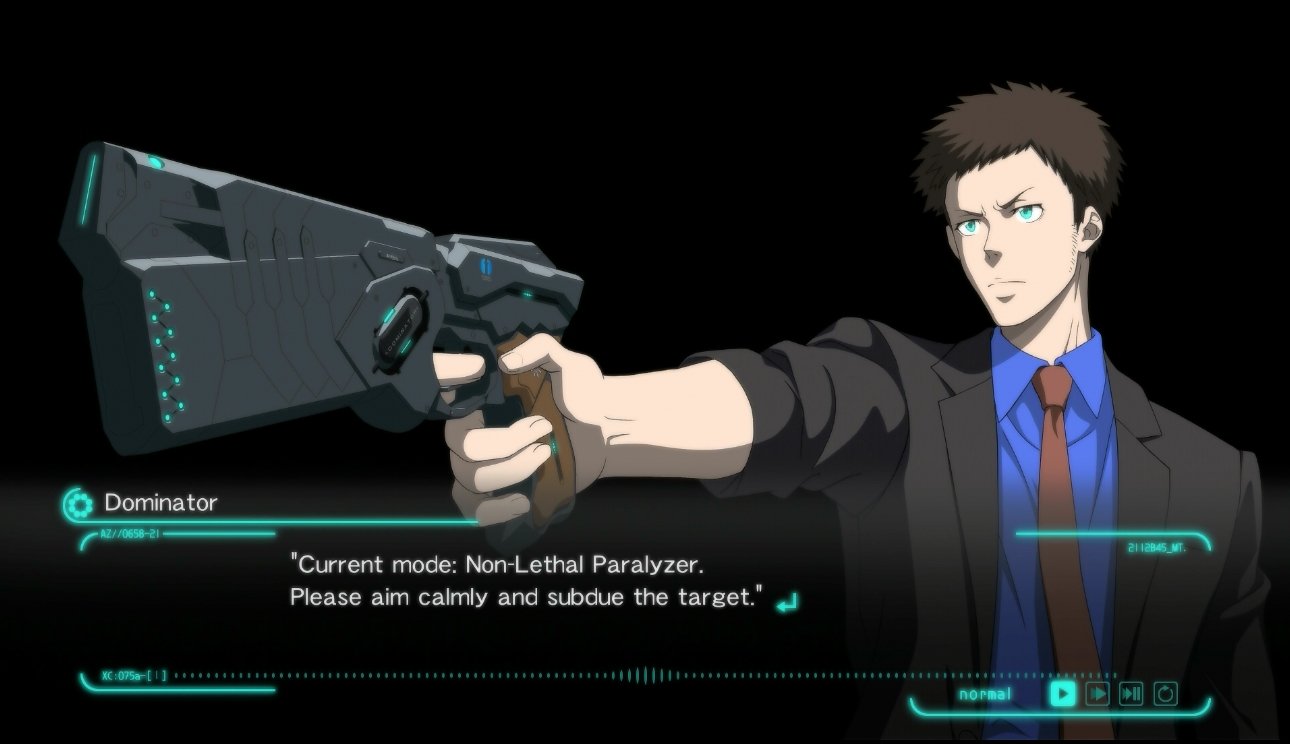 Plot-wise, the game is situated somewhere during early parts of the first season of the Psycho-Pass anime series. This is important because it makes the story particularly accessible even to people who haven’t seen the series by coming in before a number of key plot developments in the show. A familiarity with the anime will definitely pay off for some players, though, particularly since the original Japanese voice cast reprises their roles from the show. Still, watching Psycho-Pass is not strictly required to enjoy what’s in Mandatory Happiness.

That said, folks really should give it a try if they can, if only because being able to appreciate the anime will help paper over the fact that the gameplay is barely present. What is there amounts to little more than pressing a button to advance the text and occasionally making a choice. For better or worse, there are no mini-games, no QTE-driven action scenes, and for that matter, not much in the way of animation or even that much original new art, making the price tag a little more difficult to justify for people that demand the highest of production values. Other than the clean character designs, it all comes down to the story. 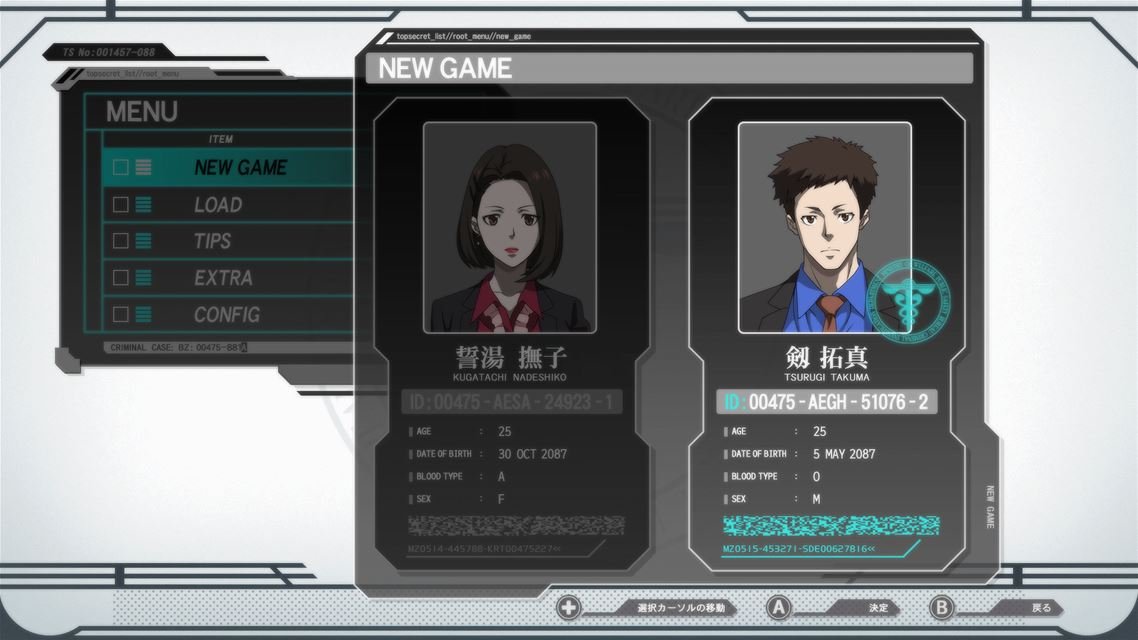 To be fair, it’s a good story! Written by famous anime and visual novel scribe (and season 1 author) Gen Urobuchi himself, Mandatory Happiness explores another angle on the show’s totalitarian dystopia, as Nadeshiko, Tsurugi, and the CID solve seemingly unrelated cases that, naturally, tie in with a larger threat, one that seems to be taking the Sibyl System’s purpose of ensuring “happiness” for all under it a little too literally. Every case showcases the same muddy moral stakes, and the choices are well-constructed, with no obvious “good” or “bad” path, and even leaving concrete results unclear.

“Turning Points” are helpfully indicated at parts of the game for players who want to explore their options, but it also does a good job of making each choice feel like it has some weight. In a setting where one’s emotional state can mean the difference between success and summary execution, how one reacts to any given situation can influence what happens later, and influence one’s hue. Where many modern adventure games tend to use their choices as mere tonal set-dressing on the way to a common destination, Mandatory Happiness feels variable and difficult to predict as one tries to unlock all the endings.

Nadeshiko and Tsurugi are also characterized well, and any choice of either to go through the game with (players need to pick at the beginning) can result in a vastly different tonal experience due to their respective personalities. Nadeshiko’s perspective, in particular, can feel both refreshing and disturbing. A recent bout of amnesia has left her emotionless, and her invariably logical, almost robotic mannerisms and deductive skill make the game at times chilling to read, particularly as the tension ramps up. Tsurugi is more relatable, but to me comes across as a more archetypal anime male lead, all hot-blooded emotion and attachments. Still, both characters are endearing in their own ways, and would fit in easily among the main cast if given the chance. 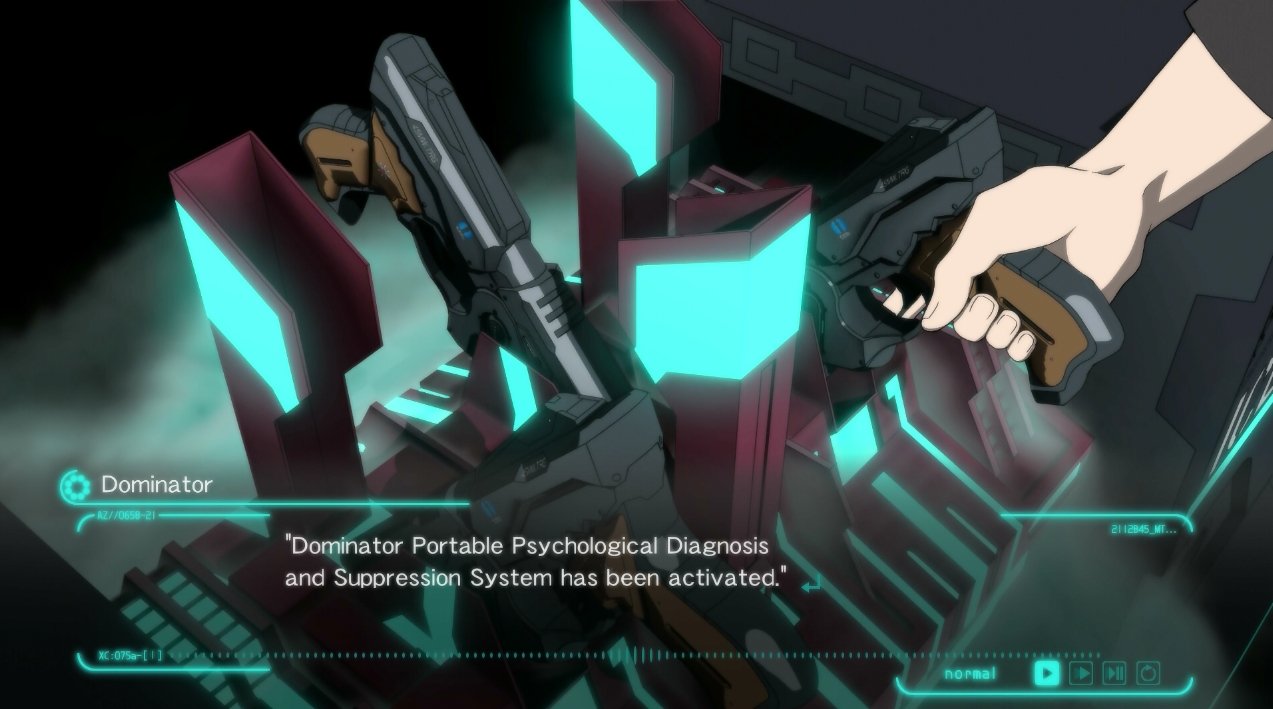 In fact, it may be the super-fans of Psycho-Pass that might come away more disappointed with Mandatory Happiness than the uninitiated, since it’ll be clearer to them where the game falls short. For one, its nature as a somewhat budget-level visual novel means it can’t match the show’s aesthetic flair. In fact, many of the gorier scenes are described only in text, leaving the whole thing feeling rather sanitized compared to the comically deadly hijinks of Danganronpa or the borderline torture-porn of Corpse Party.

This mild sense of disappointment at Psycho-Pass: Mandatory Happiness‘ production values can’t obscure the fact that its most important component, its writing, succeeds, and largely captures what made the anime feel special. It may not exceed or even meet its source material’s heights, but it does it justice, which is, considering Psycho-Pass‘ world, more than can be said for most cases.

Also, it manages to be better than the profound misfire that was Psycho-Pass Season 2, so there’s that, as well.