Project CARS is a game that revels in its inaccessibility. It was made specifically for people who have come to expect more from their realistic racing simulators. Developer Slightly Mad took that desire and ran with it. The studio made a game, but it also formed a clubhouse — one that seems impenetrable at times unless you’re a really, really dedicated racing genre purist.

That being said, Project CARS will mean very different things to very different subsets of people. Anyone who likes tweaking brake ducts, arm angles, and creating unique pit stop strategies will find its depth enamoring. Those who just want to beat other cars around a track will find that maybe literally every other mainstream racing game offers the same thing with a fraction of the frustration. 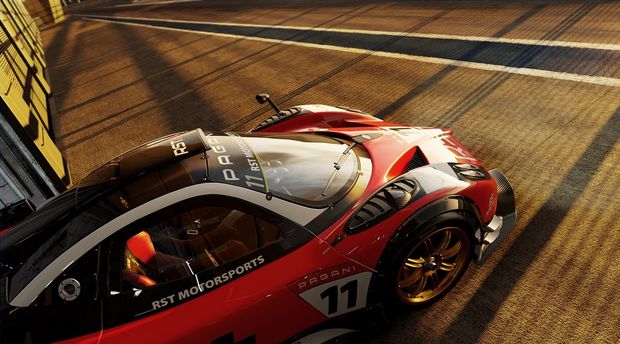 Even though Project CARS is difficult, it’s all rather appropriate. I’ve never raced cars before, but I imagine it to be an unrelentingly tough gig. There are a dozen or so drivers that are all after the same checkered flag. Slightly Mad has done a fantastic job crafting a racing experience that reflects real-life competition. Whereas other games often feel like races take place around the player, Project CARS feels like the player is one small part of the race.

However, in the heat of the moment, one could be forgiven if they don’t agree with that. Project CARS‘ AI can be so aggressive at times that it seems as if the game is trying to pound the player into submission. Opponents will veer across the track to block progress, and they’ll occasionally send you skidding into the gravel trap. Sure, it’s an accurate portrayal of racing, but, man, that comes as no consolation at all when it dooms the entire race.

The AI isn’t the only opponent in Project CARS; you’re a constant threat to cause your own downfall. In the rare event that you break free from the pack, the most minute of miscalculated turns will send you straight to the back. One tire overstepping the bounds of the track will often send the car skidding off into a pile of tires, relegating you to an unimpressive finish. Also, this title doesn’t play the rubberbanding game, so once the leaders have created separation, you’re likely to stay off the podium. Again, frustrating, but that’s what you signed up for when you booted up Project CARS.

All that annoyance isn’t aided by the fact that Project CARS starts the career with the lowest levels of kart racing, which just so happen to be the most uncontrollable vehicles in the game. It’s almost like a trial by fire of sorts, a challenge from Slightly Mad that if you can command these unwieldy beasts, you’re good enough to play this game. I was handily defeated so consistently during these races that I wondered if tweaking vehicle settings was an absolute necessity to success.

That’s where Project CARS‘ commitment to being for hardcore simulation fans became actively detrimental. Before each race, the menu will implore the player to make alterations, but offers little in the way of guidance as to what anything does. Those who know the ins and outs of cars may take great pleasure in adjusting camber angles and changing suspension heights, but the layman will be left wondering if they’re actively at a disadvantage. Honestly, they probably are.

Regardless of where all those sliders end up, Slightly Mad has some great driving to offer. The cars all have an appropriate weight about them, only seeming floaty when they’re the lightest of vehicles. Project CARS also mandates a nice degree of subtlety with the throttle and brake, often requiring barely touching the gas to optimally weave through a set of turns. The most appreciated facet of driving is that most of the 70-some vehicles feel legitimately unique from one another, meaning that each takes some time behind the wheel before you can control it efficiently. 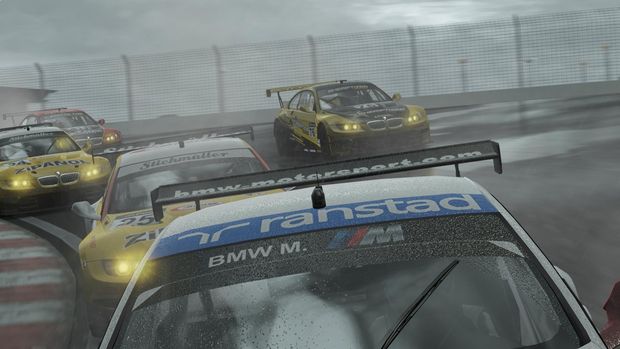 That learning curve won’t be welcomed by everyone, however. A lot of nuance is needed, and it’s difficult to master. This is especially true with a standard gamepad, which is how the majority of people will play Project CARS. These controllers are often too finicky, and will send the car careening further and more slapdash than the player intended. Those with proper racing wheels will surely have an easier time.

One aspect of Project CARS that never fails to impress is its aesthetic. Everything is stunningly gorgeous at all times, even when the sun blinds you as you’re trying to corner. The scenery might be at its best during the rainfall, which looks fantastic, but adds another degree of difficulty as the slick roads definitely impact driving performance. Unfortunately, it also impacts game performance, as rainy weather acts as a kind of stress test, and it’s where the frame rate dipped the most noticeably in the Xbox One version of the game.

For a title that touts itself as offering a staggering amount of control, Project CARS is ironically rather shallow. While all cars are unlocked right from the get-go, the player has no say in what they drive throughout the career. Once signed up for a new league in which to compete, the game decides what vehicle the races take place in. 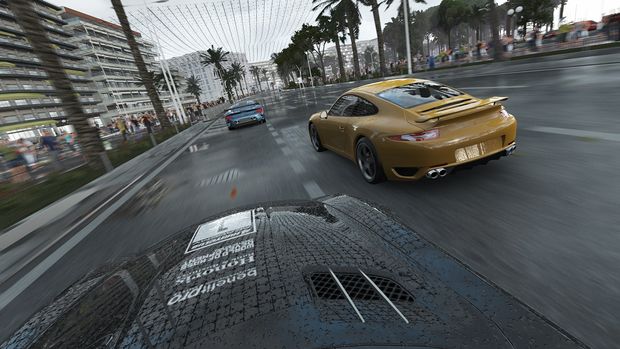 Likewise, outside of the standard career progression, there just isn’t much more to do in Project CARS. It basically boils down to the obligatory multiplayer, some community events, and some one-player quickmatches. The game doesn’t give the player much incentive to keep playing, so that drive has to be internal. If it isn’t, you might find yourself putting down Project CARS sooner than you’d think.

Actually, Project CARS‘ career is paced in such a way that it directly conflicts with the desire to keep playing. Every race is preceded by a practice and qualifying round. Each of those lasts a minimum of ten minutes. You can probably afford to skip practice (easy, Allen Iverson), but qualifying is borderline mandatory. Bypassing it, or simulating to the end after a solid lap, means you run the very real risk of starting the race in last place. If that happens, it’s unlikely that you’ll finish first. The AI is just too good to let you overcome those odds. You were probably damned before you even began.

Admittedly, Project CARS isn’t for everyone. In fact, it isn’t for most people. It’s niche, and it’s for those who take their racing games seriously. It does most of what it sets out to do, and it does that very well. However, the broad appeal is lacking, as the long learning curve likely outweighs what most are willing to put up with. But, for those who put in the time and manage to take the checkered flag, this title has a supremely rewarding experience that most anyone can feel proud of, regardless of familiarity with cars.