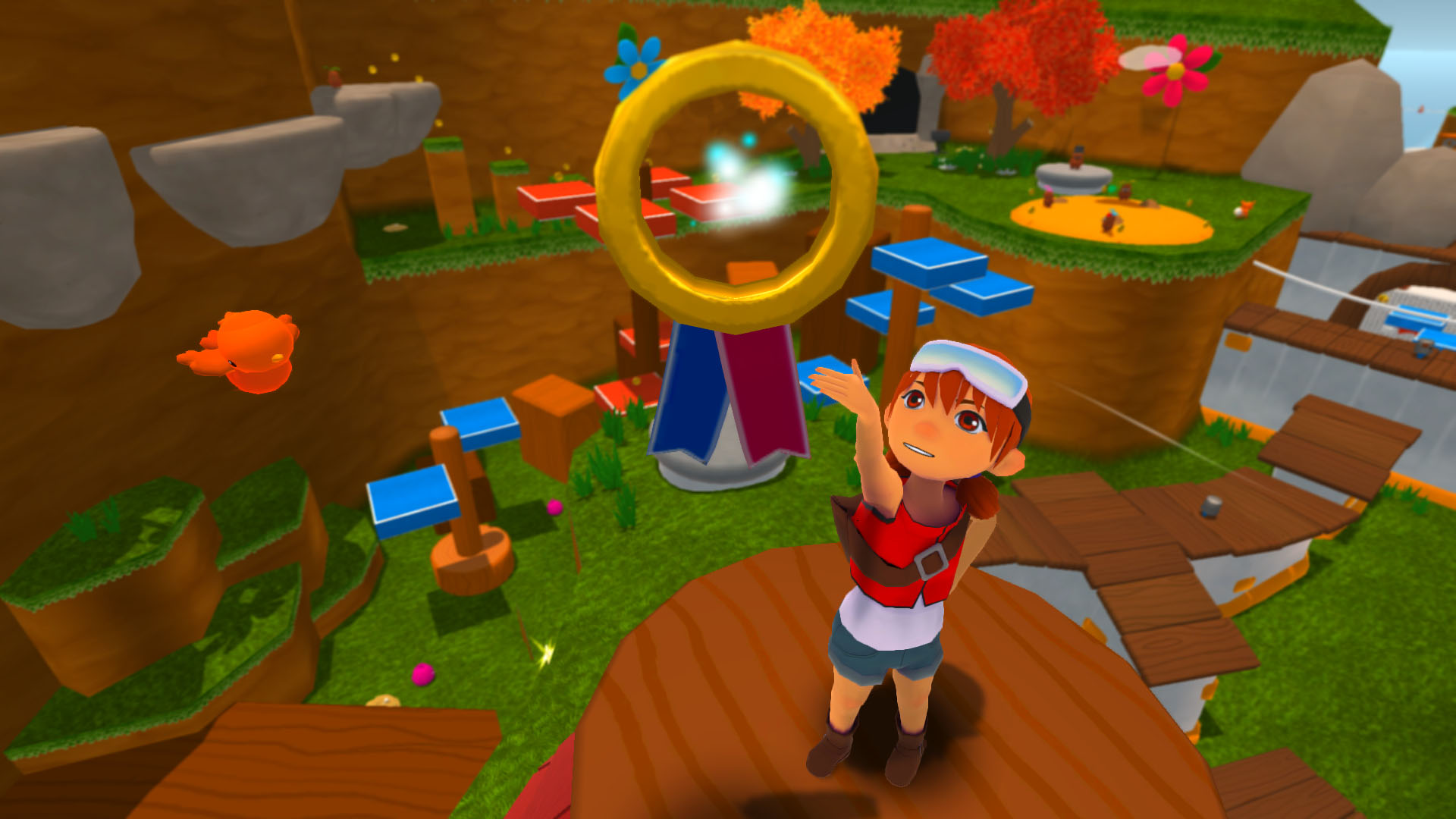 What if I told you there is a game you can play right now that combines some of the best mechanics of 3D Mario games with a bunch of cute original characters, locations, and enemies? And what if I told you that very game also failed to be crowdfunded on Kickstarter, yet still released and is quite good?

Poi is that game. Obviously. 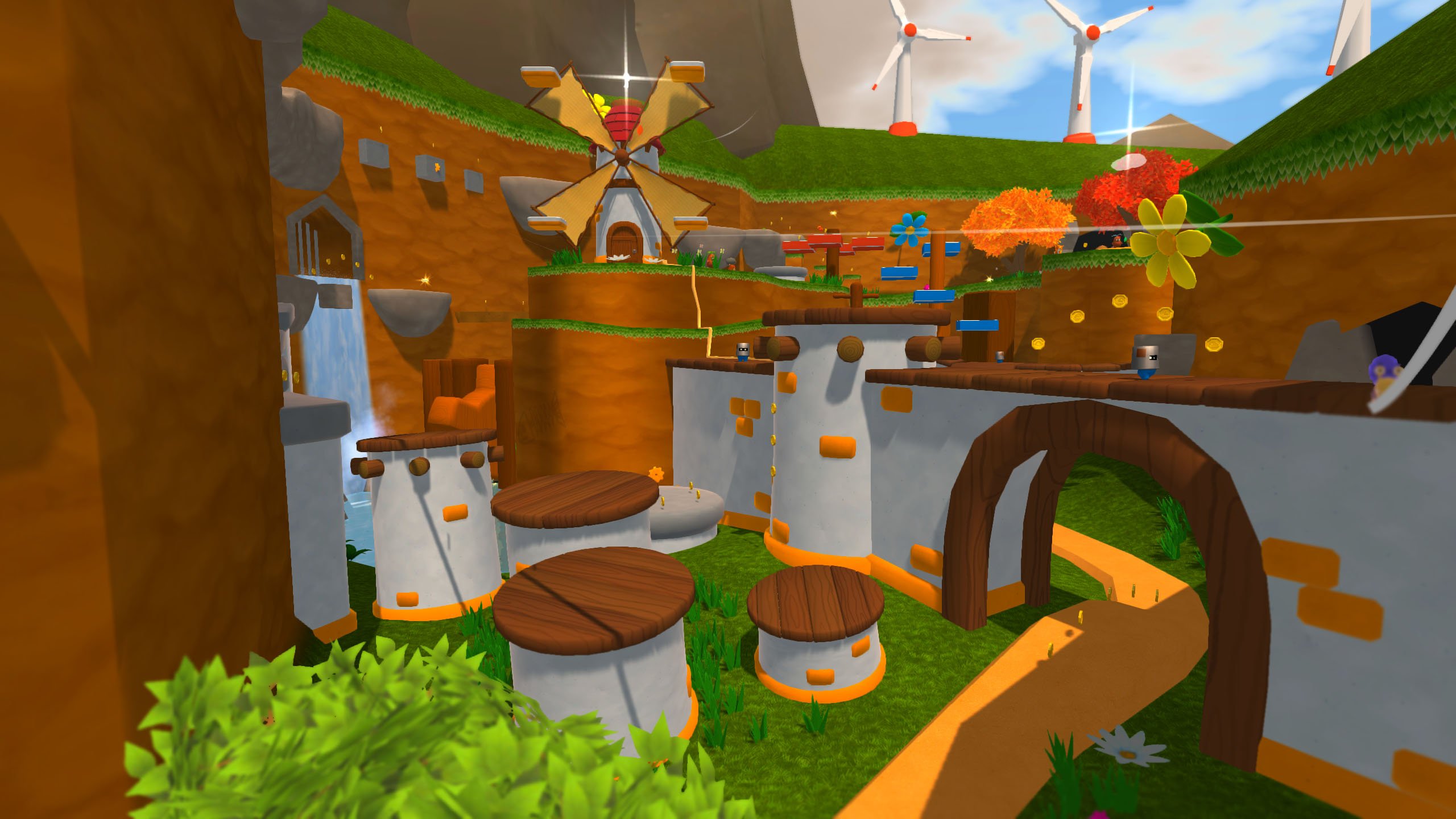 Poi is one of the most fluid 3D platformers I’ve played in years, and sadly many people will probably dismiss it as some kind of a ripoff of Mario, but I’ve always been the type of person to believe that good game mechanics should be reused and not exclusive to one series. Does Poi feature a rolling triple jump, an icy slide, a giant penguin and its babies, and a volcano? Sure. And while those things are clearly inspired by Super Mario 64, they and the rest of the game are different enough to set it apart. Plus Poi has those bouncy tightropes that were everywhere in Super Mario Sunshine, and everyone seems to love that game for some reason, so there is that.

The story centers around two kids that meet an old explorer who lost his wife and a bunch of medallions in a storm. As the kids want to be master explorers themselves, they set out to find said medallions. Aside from that, there isn’t much story and the missing wife isn’t mentioned again from what I could tell, though perhaps there is a different ending in the new game plus mode that has mirrored levels, unlocked upon finishing the game.

If you’re playing Poi, it isn’t for the story, but the sweet, sweet 3D platforming. Did I mention it is sweet? If you’ve played any of the Mario games from Super Mario 64 to Galaxy, you know what to expect: smooth triple jumps, rolling long jumps, wall jumps, and a bit of flying. While I can’t imagine playing on keyboard is all that comfortable, I had a great time playing with both an Xbox One gamepad and the Steam Controller, which has grown on me in recent months. The camera in Poi does a good job of not being a nuisance, which meant I didn’t have to constantly control it as well as my character. The controls are tight, responsive, and exactly what is needed for a modern-day 3D platformer.

There’s many different worlds to go to and collect medallions in, all of which feel unique, even if they are familiar biomes. There is a forest, a volcano, a snow level, a desert town, a mine, and even a space level on a round planet like you’d find in Super Mario Galaxy. Each world has various medallions to collect, which are selected upon entering the level, just like the stars in SM64. Upon collecting a medallion you’re booted back to the overworld and have to enter the level again, which feels as much of an annoyance now as it did 21 years ago. I guess it makes sense given that certain medallions can alter the stage a bit, but most of them could be collected in one run in theory.

Graphically, Poi nails what an N64 game would look like if made on modern hardware while remaining colorful and cute, something gaming could definitely use some more of these days. The various enemies and characters you’ll meet along the way are all hug-worthy, plus you get your choice of two cuties to play as which you can swap between any time. Better yet, there are hidden costumes to find in every level to dress up your character, including some hats. (*insert hats meme here*) 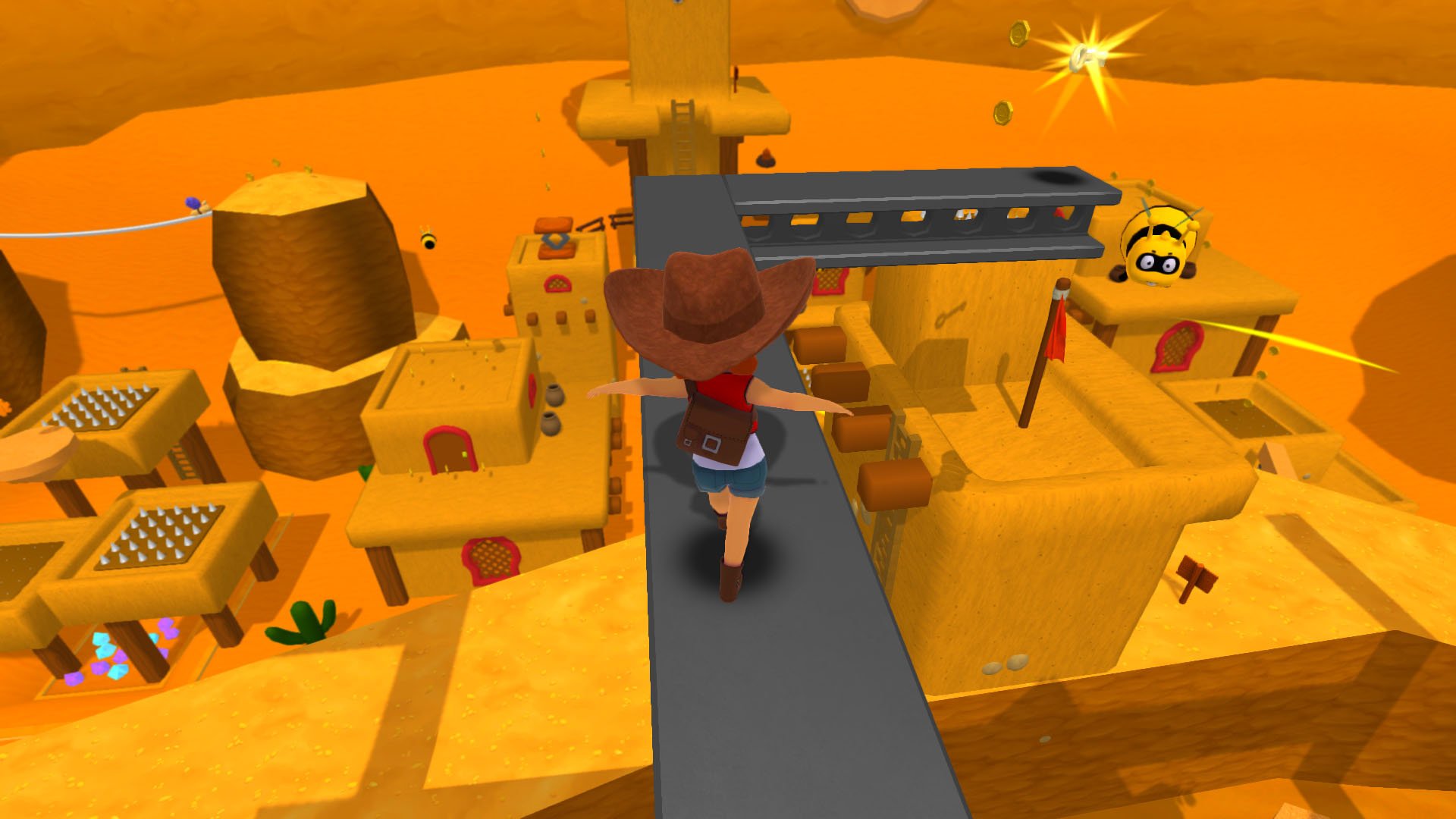 The only real weak point in Poi is its bosses. Most all of them just aren’t fun. A couple bosses require players to kick bombs or rocks back at them, but getting the aim right is too touchy, making these sequences downright frustrating and dull since the entire fight is just dodging and kicking.

Otherwise, Poi is a competent love letter to the 3D Mario games we know and love that manages to give players a nice taste of nostalgia while still having its own charm. If you’re hankering for a good 3D platformer, look no further. Your move, Yooka-Laylee, Hat in Time, and Super Mario Odyssey.