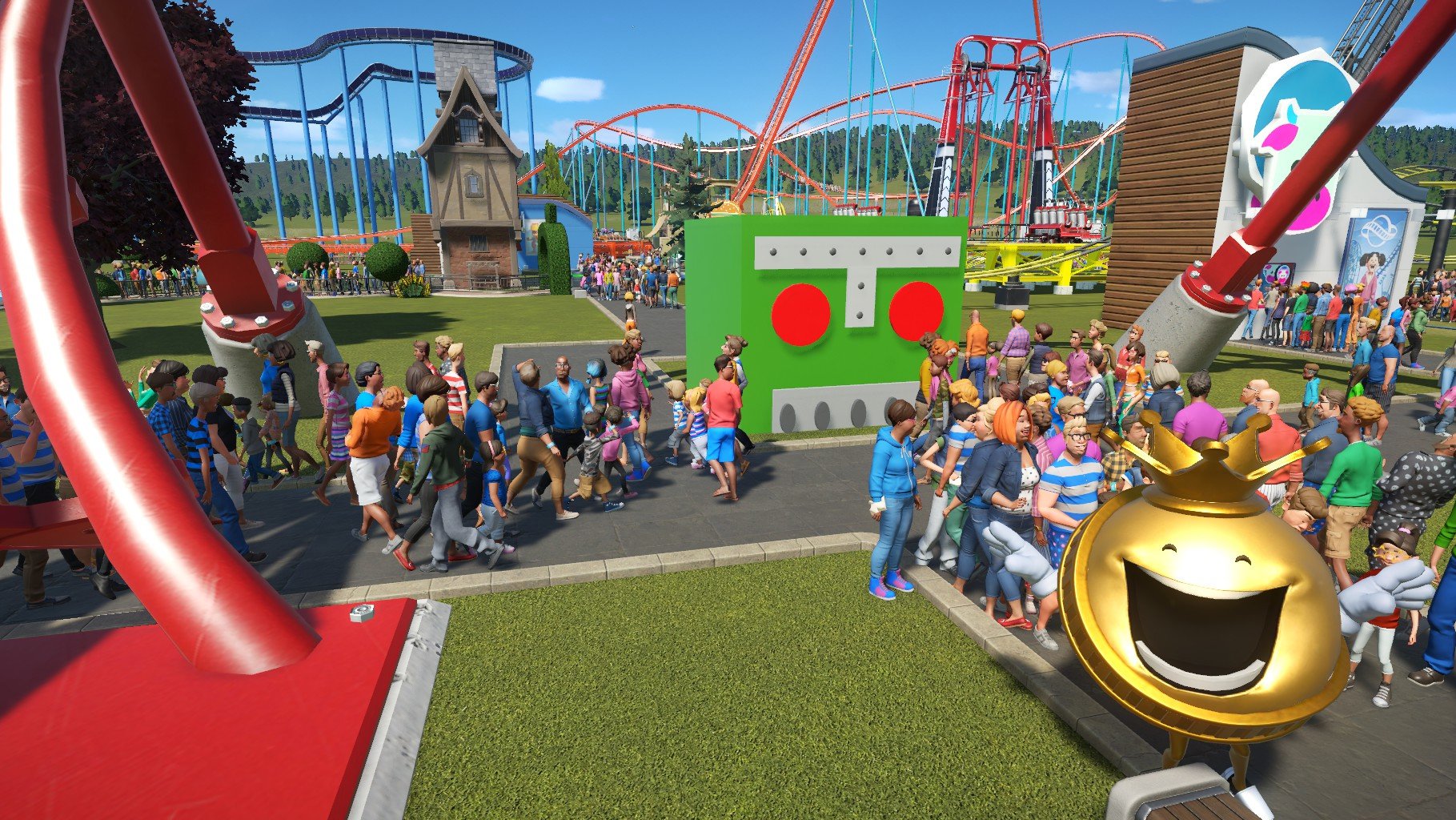 It feels very weird to me to be reviewing a coaster sim in 2016. I had just always thought that it was a genre left to the past, and I was pretty okay with that. The days of staying over a friend’s house and laughing as we made drinks free but bathrooms $10, or taking all of the people we deemed “jerks” and throwing them in a pit together were thought to be behind me.

Then a new Rollercoaster Tycoon game was announced, Planet Coaster started development, and even Parkitect started to take shape! While I’m still not sure we needed this revitalization of the genre, I can definitely say that I’m glad it’s here. 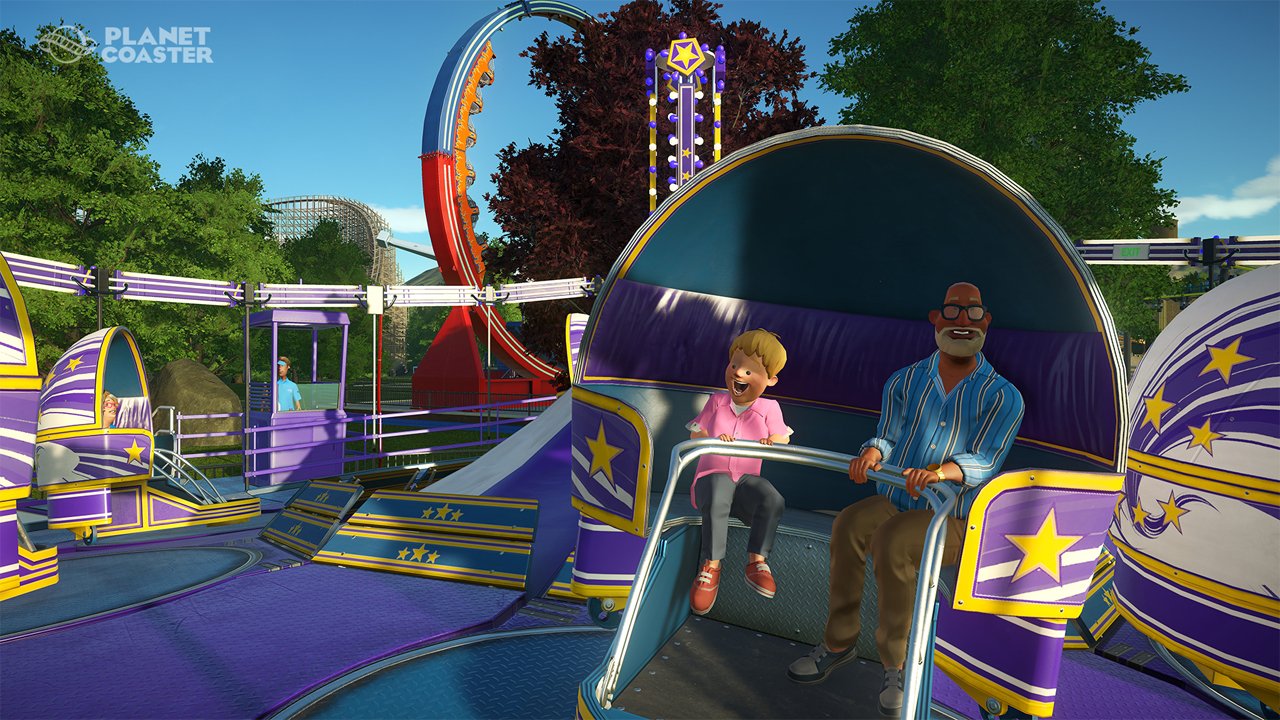 There are three modes in Planet Coaster, each offering up a unique experience. Unfortunately, there’s no interactive tutorial and only a few videos to watch in order to teach you the basics. They’re pretty short and well made so it can’t hurt to check them out, but I found myself learning so much more just from playing the various modes. After all, without interactivity, videos can only teach you so much.

Jumping into the Sandbox mode is easily the best way to feel your way around and figure everything out. There’s unlimited money so there’s not much decision making to worry about. Messing around here helps players get used to the UI and basic controls, especially for building coasters, which is definitely the core of the Planet Coaster experience.

Making coasters definitely takes some getting used to. Everything is done in pieces, which starts off feeling a bit clunky and slowly progresses into feeling, well, still pretty damn clunky. I guess the difference is that early on, it’s easy to make mistakes when laying down track and struggling to fix those mistakes, whereas after ten or so hours, it becomes easier to work around and understand the clunk.

Building coasters is rather critical, since there aren’t many pre-built options. They have added more since release, but the focus is clearly on expressing your creativity. Luckily, the game comes with Steam Workshop support that’s rather seamless to use. This way, players can easily download and try out many different community-created coasters. This also goes for buildings, shops, scenery, and literally anything else.

The Career Mode tasks players with succeeding despite certain restraints and starting points. To use an early example, players must continue to build a park on a family’s manor plot, but may only utilize “family friendly” rides because the family who owns the land said so. There’s also a loan from the family to be paid off. Career Mode provides an interesting twist on the gameplay loop, though it also sort of teaches the player to exploit the game’s underlying mechanics to succeed.

I rather enjoyed the challenge of Career Mode, since I never knew what would be thrown my way. It’s a unique way of twisting the genre for those who may get bored of their own parks, which unfortunately may become the case. I often found myself going to Career Mode as a bit of a respite from Challenge Mode, since I just wanted something different.

Challenge Mode is what I would call the main mode of Planet Coaster. Here, players must build a park from scratch with a chunk of cash and a big plot of land. As time goes on, challenges will pop up for the player to complete for a cash reward. These start off simple enough, like having a certain park rating, and eventually evolve into things a little more challenging like building a coaster to certain specifications.

It’s not particularly difficult to manage a successful park; every problem that arises has a pretty simple solution. Too much litter and vomit? Add more custodians and trash bins. Not making enough money? Cut back research and charge a bit more for each ride or entry. There is little critical thinking required when managing the park. It’s possible to tweak many minor details, like individual prices of milkshakes and even the ingredients of said milkshakes, but it’s all mostly fluff. 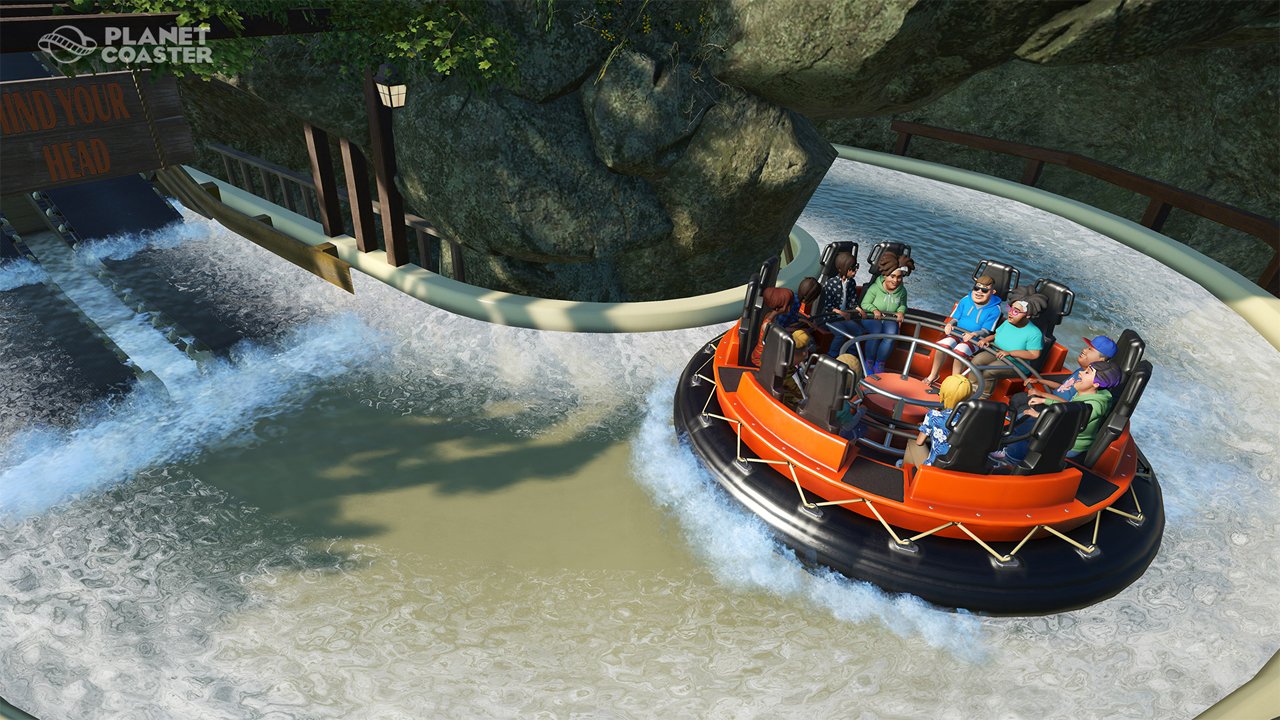 The entertainment value in Planet Coaster doesn’t come from management, so if that’s the type of coaster sim you’re after, you’re better off waiting for something else. After the initial hurdles of starting a park in Challenge Mode, it’s pretty smooth sailing. Instead, this is a game all about customization and expression. What the game lacks in management details it makes up for in spades when it comes to creating rides.

I had the idea of creating a water rapids ride that went underground, had a little scene with a dragon, and then emerged back to the surface and was able to create exactly that. It felt amazing to come up with an idea in my head and make it a reality within the game, and then be able to ride it myself! Unfortunately, this particular ride also introduced me to another of the game’s flaws — its underground camera controls. They’re awful. Pressing the T key slows camera movement and changes how it moves to make it easier, but holy cow it’s an exercise in frustration.

The framerate also becomes an issue as the park begins to grow. It’s important to pause the game while building a ride because otherwise the game slows to a sub-30 frames-per-second mess that only serves to annoy and aggravate. The game simply cannot handle running the park simulation in the background while also tweaking a ride in real time.

For better or for worse, there just isn’t a lot of depth in Planet Coaster. There are a ton of options, however. The process of coming up with coaster ideas and seeing them executed is wonderful, even if the building process is a bit janky. There’s not much to challenge the player after they build a self-sustaining park, so this is definitely an experience for those who can challenge themselves to always think and dream bigger.