I’m always thankful when developers of games that don’t fall under a strict, established genre come up with a phrase to describe their work. In the case of Pivvot, we’re looking at a “strategic avoidance” game, which really is the best descriptor for this iPhone and iPad title.

That sense of gratefulness also extends to developers who make good use of the platform they’re creating for. Again, this applies to Pivvot — it’s got a simple, effective control scheme in which you’re literally tapping either the left or right side of your device’s screen. No more, no less.

Why can’t it always be this easy? 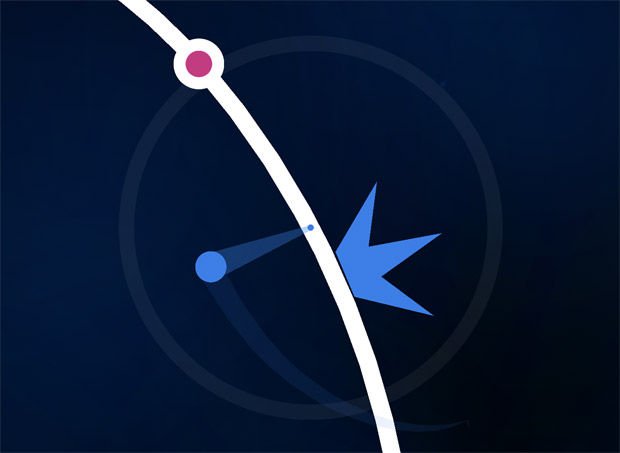 In Pivvot, you guide a ball tethered to a winding track out of harm’s way using the aforementioned two-finger controls, which cause the object to either move clockwise or counter-clockwise. It’s a dead-simple concept, but simplicity should never be mistaken for a lack of challenge.

While avoiding obstacles starts out easy enough, a sense of puzzle-like progression is eventually introduced. As you get further into the game, it becomes harder and harder to recall how best to move out of the way when the pressure is on and you’re just about to hit that next checkpoint.

At first, I found the controls to be a bit jumpy, but that was only until I stumbled across the setting that changes sensitivity. Some brief trial and error eventually resulted in a movement speed that was controllable while still being fast enough to let me dodge obstacles at the last possible second. Definitely give the options screen a look early on.

The game’s pacing is spot on, and that’s a huge accomplishment. Checkpoints aren’t terribly far out of reach, but they do still require you to play well for long enough that it’s generally not possible to brute force your way to victory. Luck can only get you so far. There’s even a bit of procedural generation going on in the background, with slightly altered track layouts awaiting your return after yet another botched attempt.

On that note, I’m happy to report that getting back into the action after losing is instantaneous. Simply tap the screen and it’s as if nothing ever went wrong. Occasionally, your ball will start in a less-than-ideal position, leading to frustration. The soundtrack — which is a big part of the appeal for a game like this and an ideal match for what’s happening on-screen — also does a great job of keeping you motivated to persevere.

When new obstacle patterns are first introduced, you’ll encounter them over again and again, ensuring you have the necessary skills for when they’ll eventually get mixed in with earlier patterns in an attempt to catch you off guard. This is when the real fun starts — especially in the game’s other modes, a few of which are endless. Those are out of control, by the way. 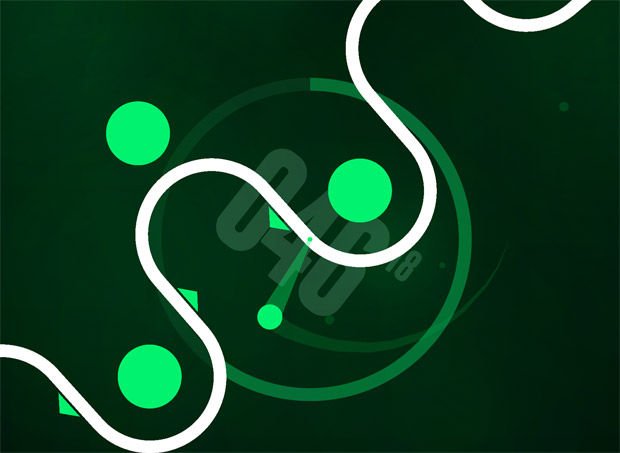 Although it’s odd things worked out this way given the potential for frustration, I found Pivvot to be the perfect game to play right before bed. It requires your full attention, but the actual decisions you’re making in gameplay — do I tap on the left or the right-hand side of my screen? — don’t require much mental energy. This, combined with the hypnotic soundtrack, is a winning combination that took my mind off the day’s stresses and put me in a state of total relaxation. Well, until I got really far into a run that I screwed up at the last second.

Even if the game isn’t particularly deep, Pivvot knows what it is and feels like a complete experience; there are no in-app purchases to be found here. You’ll need to unlock extra modes the old-fashioned way: by trying over and over again until, just when you’re ready to call it quits “forever,” you finally overcome the challenge.