Put one foot in front of the other

I wasn’t exactly sure what I was getting into with Pikuniku, the new Devolver Digital-repped puzzle-platformer adventure for Switch and PC, but I knew I liked its long-legged antics and minimalist aesthetic. That was enough of a hook, and the promise of a local co-op mode reeled me in.

The creators have been pitching Pikuniku as a “playful world” in which you’ll “help peculiar characters overcome struggles, uncover a deep state conspiracy, and start a fun little revolution.” It’s an eyebrow-raising description for an outwardly cheerful game with basic jump-and-kick mechanics.

My worst-case scenario was that I’d dig the co-op levels but find the story overwrought. Fortunately, that wasn’t the case at all. The subversive writing consistently cracked me up, and the silly scenarios I was thrown into and left to sort out kept me motivated for the game’s few-hours-or-so duration. 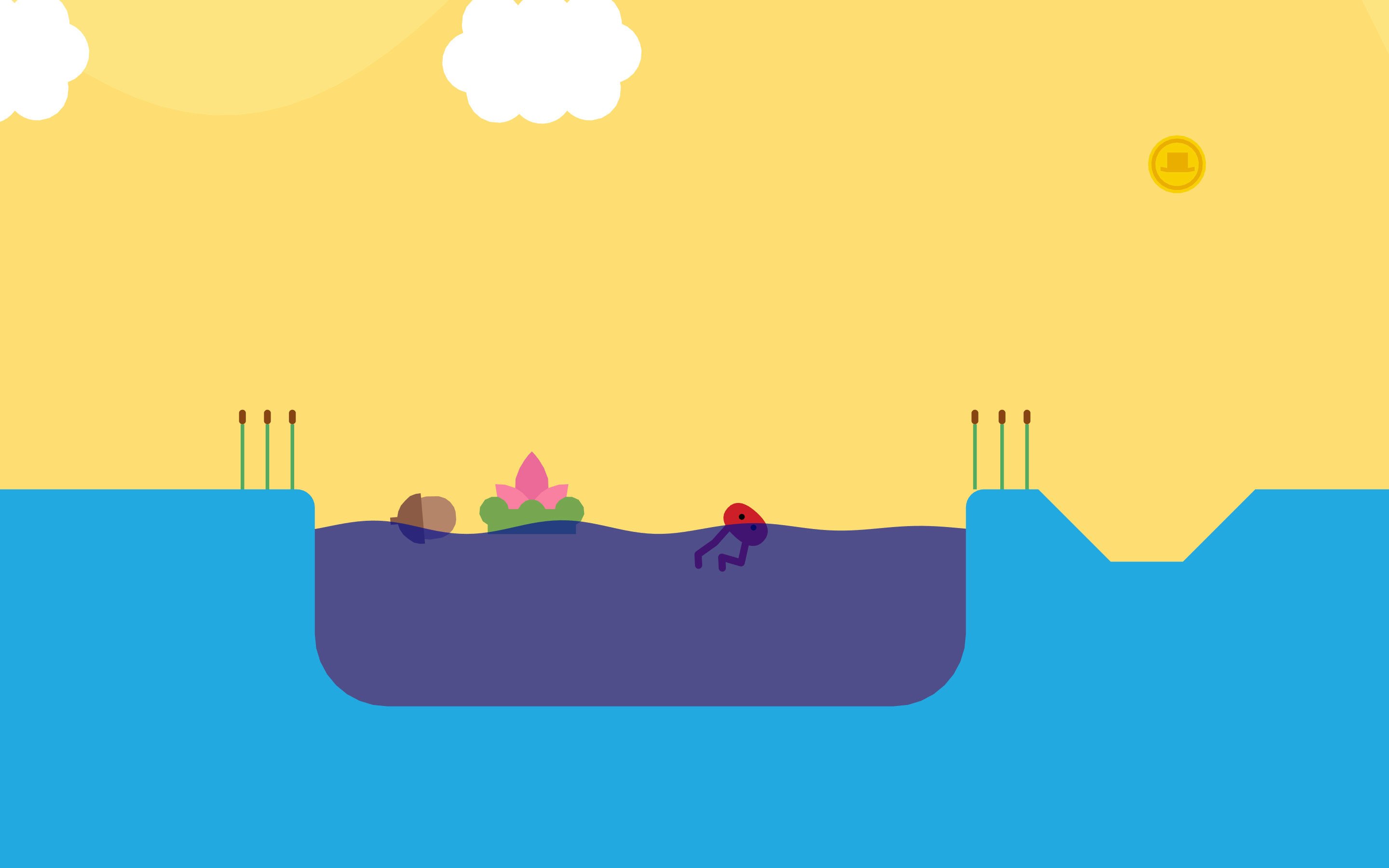 Pikuniku looks and plays like a platformer, but it’s really a breezy adventure game.

While your interactions with the world are pretty much limited to jumping, kicking, and rolling around, you still have a lot of problem-solving potential inside you. Waking up in a cave as a lanky, armless, big-eyed red blob, you soon stumble into a quiet village and discover you’re the fearsome beast that legends speak of — or so everyone thought. Actually, you’re not too bad! After talking it out, you’re uncaged and given the chance to poke around town, helping the villagers deal with various setbacks.

The fewer specifics I cover, the better — Pikuniku is more enjoyable if you don’t fully know what to expect — but the plot revolves around a suspicious figure who keeps handing out “free money” in exchange for precious natural resources. The adventure spans multiple villages and includes a few boss-fighting sequences and mini-games. As you fill out your inventory with items like a pencil hat (for drawing) and sunglasses (for looking cool), you’ll bounce back and forth between the different zones. 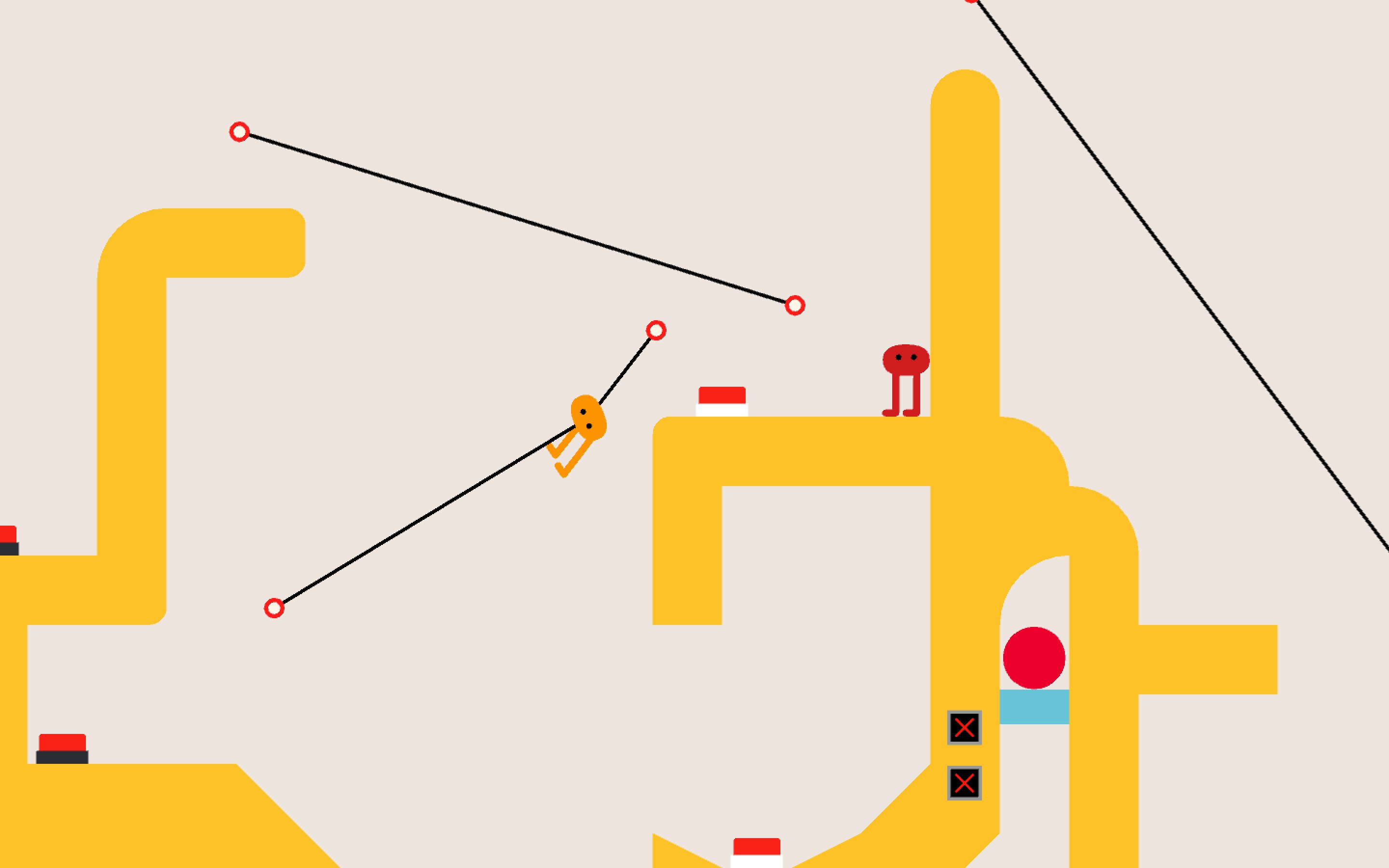 While it’s possible to finish the story in a few hours, there are loose ends to tie up after the credits roll. I appreciated the opportunity to dip back into Pikuniku‘s world. I wasn’t ready to say my goodbyes.

As for the two-player co-op mode, you’ll want to keep your expectations in check. There are only nine levels. Some might take ten minutes to work your way through, while others are over before you know it. That’s not inherently a problem, but after getting along so well with the story mode, I would’ve liked to see more creativity here. A couple of levels physically tether you and your partner together, a novel little mechanic that isn’t explored with as much depth as it could’ve been. Viewed as a bonus, the co-op suite is fine, but you’re probably going to be disappointed if you get the game for that sole purpose.

In the wrong hands, Pikuniku could have been a shallow and ultimately forgettable experience, but its expressive dialogue, clever framing, and charming, upbeat soundtrack do enough heavy lifting to elevate it into something far more endearing. The characterization, in particular, is delightfully fleshed out. It’s a simple game with a ton of heart that’ll leave you beaming when everything’s said and done.