Anyone who frequents YouTube knows who PewDiePie is, but if you don’t, he is an over-the-top let’s player that parents don’t get and kids love, as well as the most-subscribed person on YouTube. And now he has his own game.

I was initially surprised to see a game based on PewDiePie topping the paid charts on the Apple App Store, and after checking out some screenshots, I was surprised to find myself buying and playing the game to completion. You want to know the most surprising thing?

It is one of the better platformers I’ve played in the past year. 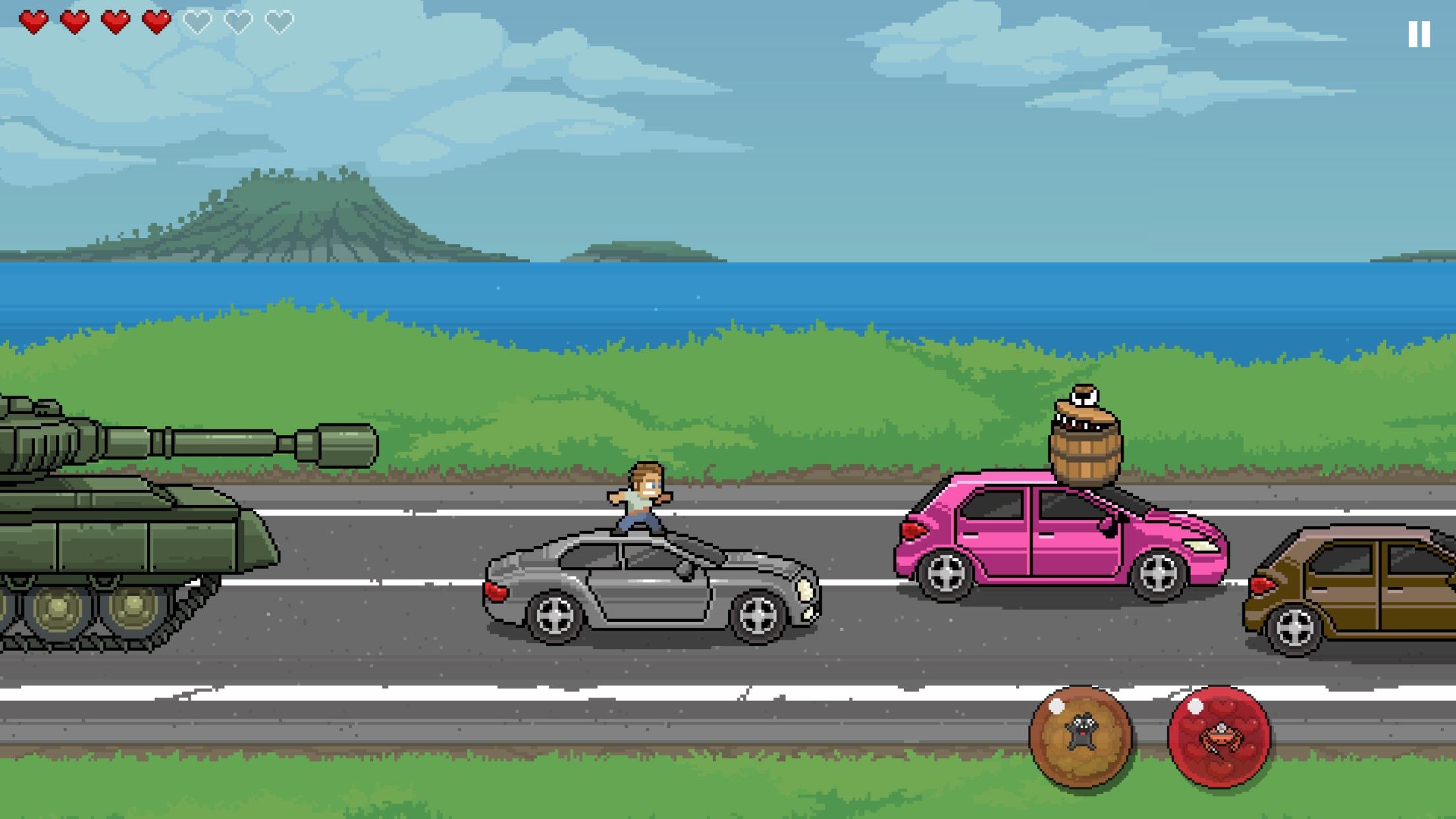 PewDiePie: Legend of the Brofist caught me off guard with its production values and gameplay. At first, I was expecting a half-assed cash-in on PewDiePie and the other co-starring YouTubers’ popularity, but instead I found a fully voice-acted platformer reminiscent of such classics as DuckTales and the more recent Shovel Knight. Yeah, I can’t believe I just typed those words either.

Using the left side of the screen as a virtual joystick that spawns wherever your finger first touches and the right side of the screen as a jump button, you’ll help PewDiePie and friends hunt down the evil barrel king that stole all his fans, aka bros. Going from left to right while jumping on enemies to kill them isn’t revolutionary, but the ease and precision of the controls are. I’ve played many touch screen games and this is the first that felt like it nailed translating traditional controls; deaths felt like my own fault and jumping between platforms surrounded by certain death was smooth as butter.

Each level adds something new, such as jumping from moving cars and rhinos, to a side-scrolling space shooter, to levels where you must avoid enemies for a set amount of time in a small area until help arrives. Help is provided by other popular YouTubers like Markplier and Jacksepticeye, whom voice themselves.

These other YouTubers can then be unlocked, and each have their own unlockable abilities as well that can be equipped two at a time — one attack and one defense. Abilities have a cooldown timer that is replenished by killing enemies or digging through piles of debris found throughout stages. This debris also grants coins and/or health power-ups and sometimes a collectible patch, of which there are many. Attack abilities are mostly useless; I found jumping on enemies’ heads to be easier than waiting on them to walk through a pug’s fart cloud. Defensive abilities fair a bit better. One of them grants you three hearts of health every so often, which can be useful for boss fights and the more difficult levels. All abilities and characters are unlocked in a store using in-game currency that’s earned by killing enemies, found throughout the level, and awarded at the end of levels based on performance and difficulty.

Speaking of difficulty, there are four options to choose from, the default being easy mode. I tried a few levels on hard, the second lowest difficulty, and found them to live up to that label, adding more enemies that hit a bit harder. For the purpose of this review, I played most levels on the default easy difficulty, which proved challenging at times.

My only qualms with the game in general are that it seemed like not enough coins could be earned to unlock everything by the end (likely to entice players to go through the harder difficulties), that I had to watch cute pugs die, and that some characters used stereotypical gender signifiers. As you go through the levels as PewDiePie, you’re joined by his two adorable pugs who will sacrifice their pugly lives instead of letting their owner take the last hit. Upon this sacrifice, they gib into little puppy chunks, and give a heartbreaking yelp. While this drove me to be more careful, it was disturbing. As for the gender signifiers, there are some barrels that are pink and give birth to smaller barrels upon death, and a rhino wearing lipstick — a minor complaint but nothing I’ll lose sleep over. 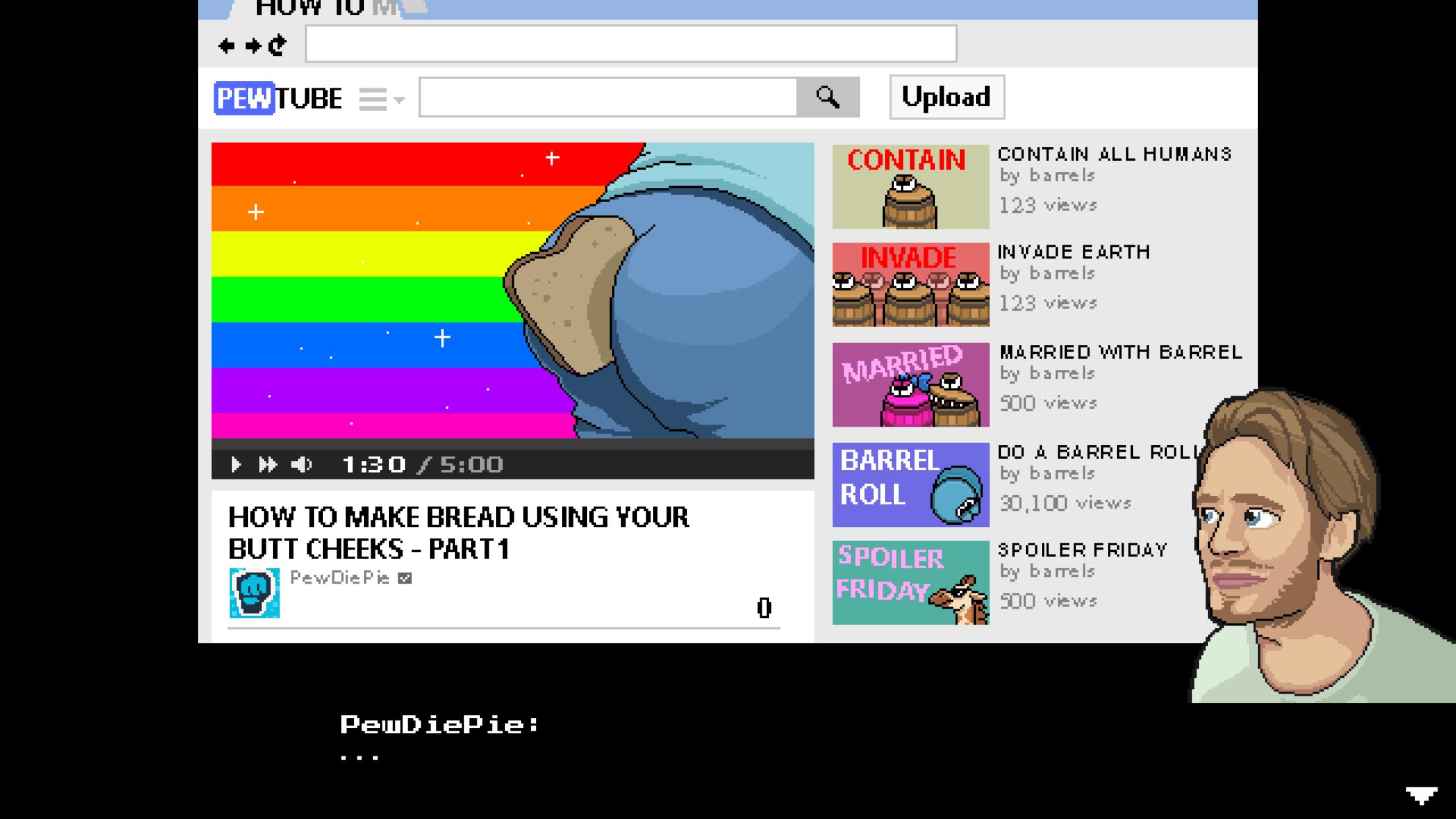 While I didn’t get any of the references or inside jokes like why PewDiePie is being attacked by barrels, or the copious amount of ducks and exploding cows, I could appreciate that it was something zany his fans will surely love.

For those wanting a solid mobile platformer, consider dropping the five bucks on PewDiePie: Legend of the Brofist, as it has a kickass chiptune soundtrack, colorful levels, and tight touchscreen platforming. If you’re a PewDiePie fan, then making the purchase is a no-brainer. The game took me a just over a couple of hours to complete, though completionists will be able to get a lot more mileage out of it. My time and money were well spent, and it almost made me want to watch a PewDiePie video. Almost.