There are certain joys that I never thought I’d be able to experience again, but in the age of remasters and remakes, anything is possible. Kevin Garnett was right.

Take the original Panzer Dragoon for example. It was born as a Sega Saturn title that spawned a seven-year franchise, before it was put on ice with Orta on the original Xbox. It went from a Sega exclusive to a Microsoft exclusive, and this week, it’s hitting Switch. 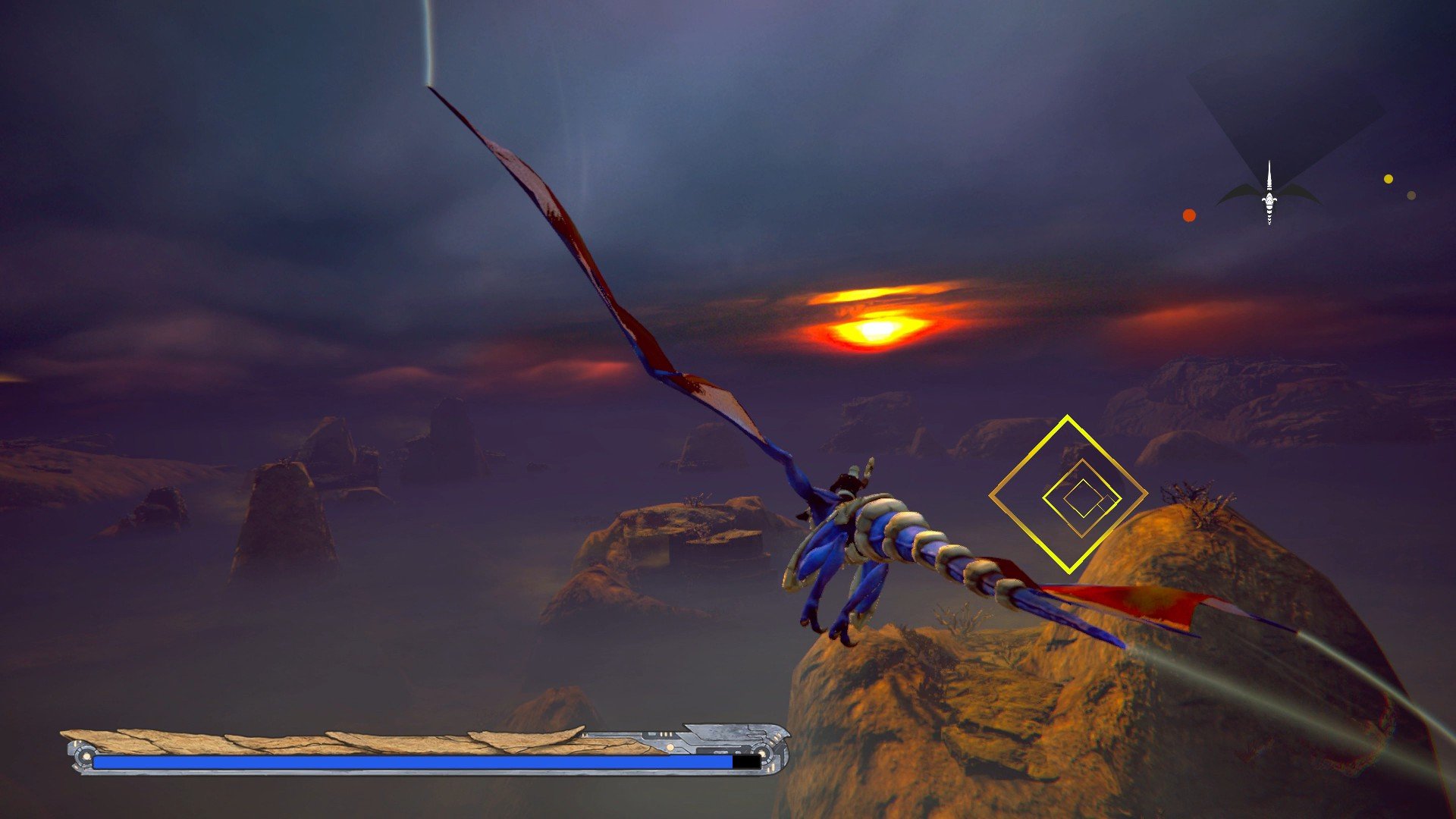 Let me curb your expectations right now: although Panzer Dragoon is often remembered as a beloved classic, you’re ostensibly paying $24.99 for an hour-long game with some bumped-up visuals and slightly worked controls. It’s not a complete re-imagining of the series with extra chapters: this is the reality.

Now I’ve gladly paid way more for shorter shoot ’em ups, but of course, every case is different. I actually remember playing the original Panzer Dragoon at launch, and it was never the sharpest tool in the franchise’s short-lived shed. It was swiftly surpassed by Panzer Dragoon II Zwei (the sequel) a year later (which is also being remade eventually), and although the original does stand up on its own, it has some faults that carry over to the 20th anniversary remake. First, let’s talk about what holds up.

Call me crazy, but I actually think this old-ass game is still beautiful? The environments are soothing and idyllic despite the all-out war raging around you, and the timeless soundtrack, from the mind of Yoshitaka Azuma, is one of the best of that entire era. Even though the remake still looks rather dated it doesn’t bother me one bit. All six stages feel unique and distinct in their own way, with the music further elevating them. The world itself is also so fascinating and mysterious. Cutscenes are mostly atmospheric, filling in the universe with vague, eerie details: this is a world worth remembering and living on past the ’90s.

But ultimately the game can’t escape its own legacy. In some ways, the first game was like a proof of concept, which makes perfect sense as it was a launch title for the US release of the Sega Saturn. If you aren’t swept away by its world like I was (and still am), you’re in for a bumpy ride as you jet across this now-very-basic on-rails journey in an hour flat.

Part of the problem is a lack of proper enhancements for the modern era. Classic controls work kind of like how they did in 1995. You can move your reticle about with the left stick, rotate the camera with L/R, press B to fire bullets, and hold B to initiate a classic rail-shooter lock-on attack. The “modern” archetype allows for free-aiming with the right analog stick, turning it into a twin-stick shooter, while attacks are tied to ZL and ZR. If you have a Pro Controller or are adept with the Joy-Con sticks, you’ll be alright.

For everyone else, a complete lack of sensitivity adjustments might try your patience as you constantly mash ZL or ZR. You seemingly cannot swap control methods in-game, and must go back to the main menu to select anything outside of volume control and photo mode. Oh and there are no gyro controls yet, but they are coming in the future.

Releasing the original Panzer Dragoon as a standalone remake is a bold move to begin with. A dual-pack of both remakes could have made a bigger splash, but while we wait for Zwei‘s re-release to materialize, this is what we’ve got. Approach it with caution and an open mind.