Let’s not beat around the bush here — with the new Pac-Man Museum compilation, you’re getting a bunch of really old games you’ve most likely played before, a few you probably already own, and Pac-Man Battle Royale. Royale is a bit of a unique release, as it’s only been playable outside of Japan at special events and arcades, and has been highly sought out by fans of the genre.

To be blunt, this is the perfect opportunity to wait for a sale just to pick up Royale. 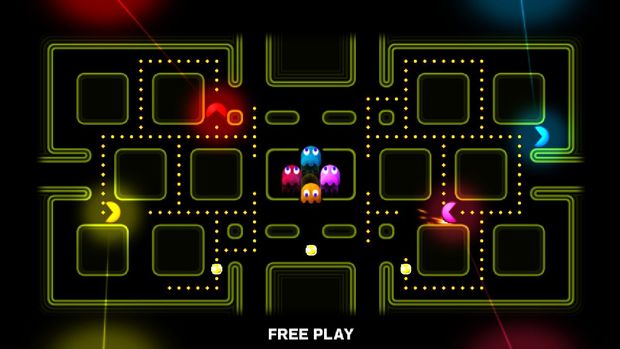 Reviewing a collection of old games can be tough, so let’s start at the iconic, timeless classic: the original Pac-Man. It still holds up today, and although Museum doesn’t pack a ton of nuanced options to fundamentally change the game, it does have few extras like the ability to select a starting level (once you earn it), and increase your life and bonus life thresholds.

Having said that, I know a lot of people who hated the original Pac-Man until they played the Championship Edition of the game which really helped them “get it” — since it was pretty much better in every way. While CE is fully included in the Museum, sadly the DX upgrade that came later is not. Why Namco would opt to give you an inferior, outdated version of Championship Edition is beyond me, and counts as a strike against Museum‘s quality.

Next up is Pac-Mania, which is similar to the original, just with an isometric view, expanded boards, and the ability to jump. Pac’s leaping power is a lot more useful than you’d think, as he can change his trajectory mid-air and jump around corners, making for a more action-oriented feel. 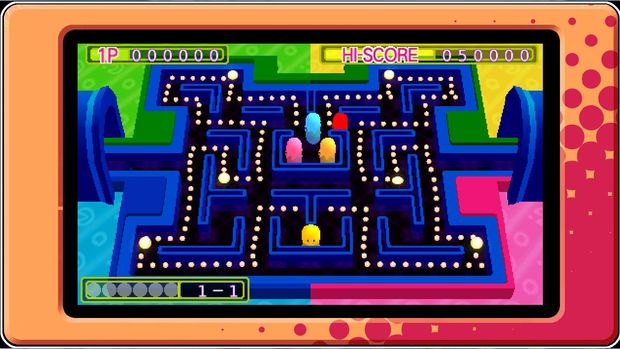 The problem is since the view is at an angle, you can’t actually see the whole board, and it’s frustrating to have to track down that last pellet you can’t even look at. Because of that, you’ll have to change up your strategy fundamentally and go on specific routes, clearing pellets along the way. Pac-Man Arrangement is very similar in that it offers up jumping capabilities (with a classic view), but it goes a step further with other power-ups like speed boosts. Both are fun, but not nearly as engaging as Championship Edition.

Then you have the decidedly dated Pac & Pal and Super Pac-Man, which don’t hold up today, as they essentially operate like the original, but with convoluted additions such as “keys” and other weird concepts. With Pal you have a ghost that steals items and with Super, Pac-Man grows really big and can speed up to smash through walls — that’s about it.

When it comes to Pac-Land and Pac-Attack, they’re anything but familiar. Land is basically the black sheep of the franchise, taking the form of an odd 2D platformer in which Pac needs to escape from ghosts chasing him in vehicles like old-timey cars and UFOs. 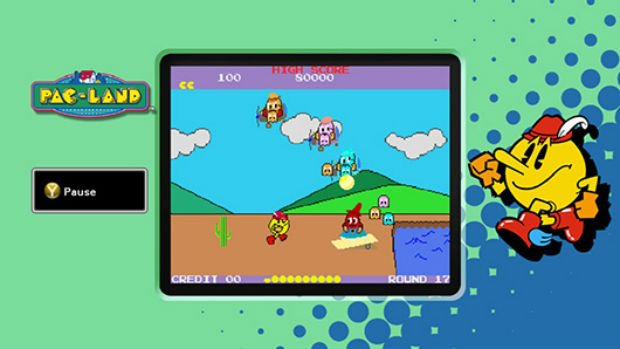 It’s got a perfect “so bad it’s good vibe” going on, although you probably won’t want to play it more than a few times. Pac-Attack is basically a clone of Dr. Mario, with Pac-Man pieces eating the ghosts (viruses) instead of the requirement to match up colors. It features a two-player versus mode, which is just about the only way you’re going to get mileage out of this game.

Again, Battle Royale is the main reason you’re probably interested in this pack. There’s no surprise here — the concept of putting four Pac-Man players in an arena and forcing them to eat each other is good fun. It uses the Championship concept of automatically arranging levels in real time around you, and it speeds up over time to increase the tension. Even if people aren’t Pac-Man fans, they can still enjoy the fast-paced, simple gameplay of Royale. Thankfully, it also supports solo play against an NPC, but you’ll definitely want to find three local friends for this one (mostly because Museum doesn’t have an online component).

Museum as a whole supports full leaderboards for every game, an in-game Stamp Book achievement system, and a “Pac-Room” to mess around in that stores collectibles. Visually on consoles the game looks fine, but every game outside of CE and Royale will support a tiny native resolution while a border takes up the rest of the screen. As a side note, if you buy the game before the end of March, you’ll net the wonderful Ms. Pac-Man for free, which sweetens the deal. 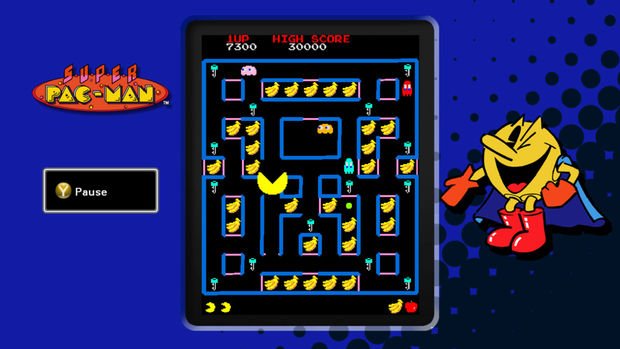 Pac-Man Museum has a bunch of middling pieces, but the addition of Battle Royale is the icing on the cake. If you’ve never played Championship Edition before and thus do not have DX to compare it to, it’s a perfect way to re-acclimate yourself to the franchise, while you use Royale to spice up your next local gathering. Everyone else who lacks friends on-hand or has already played CE should wait for a sale, or pass this one up entirely.