Onechanbara Z2: Chaos is a game that wraps its identity around sex and violence like few others.

This is, of course, nothing new for the series. Styling itself after exploitation films, Onechanbara has survived for over a decade by flaunting cleavage and gore, brazenly prioritizing it above all else.

The franchise doesn’t seem to have lofty aspirations, preferring to hew more closely to its budget-priced roots than evolve into something even remotely reminiscent a top-tier action game. Instead of glittering graphics, first-class mechanics, or even a decent story, Onechanbara focuses its attention on zombie-slaying girls in skimpy outfits, letting almost everything else fall by the wayside.

Z2: Chaos, though, Z2: Chaos is better. Not particularly good, mind you. But better still. 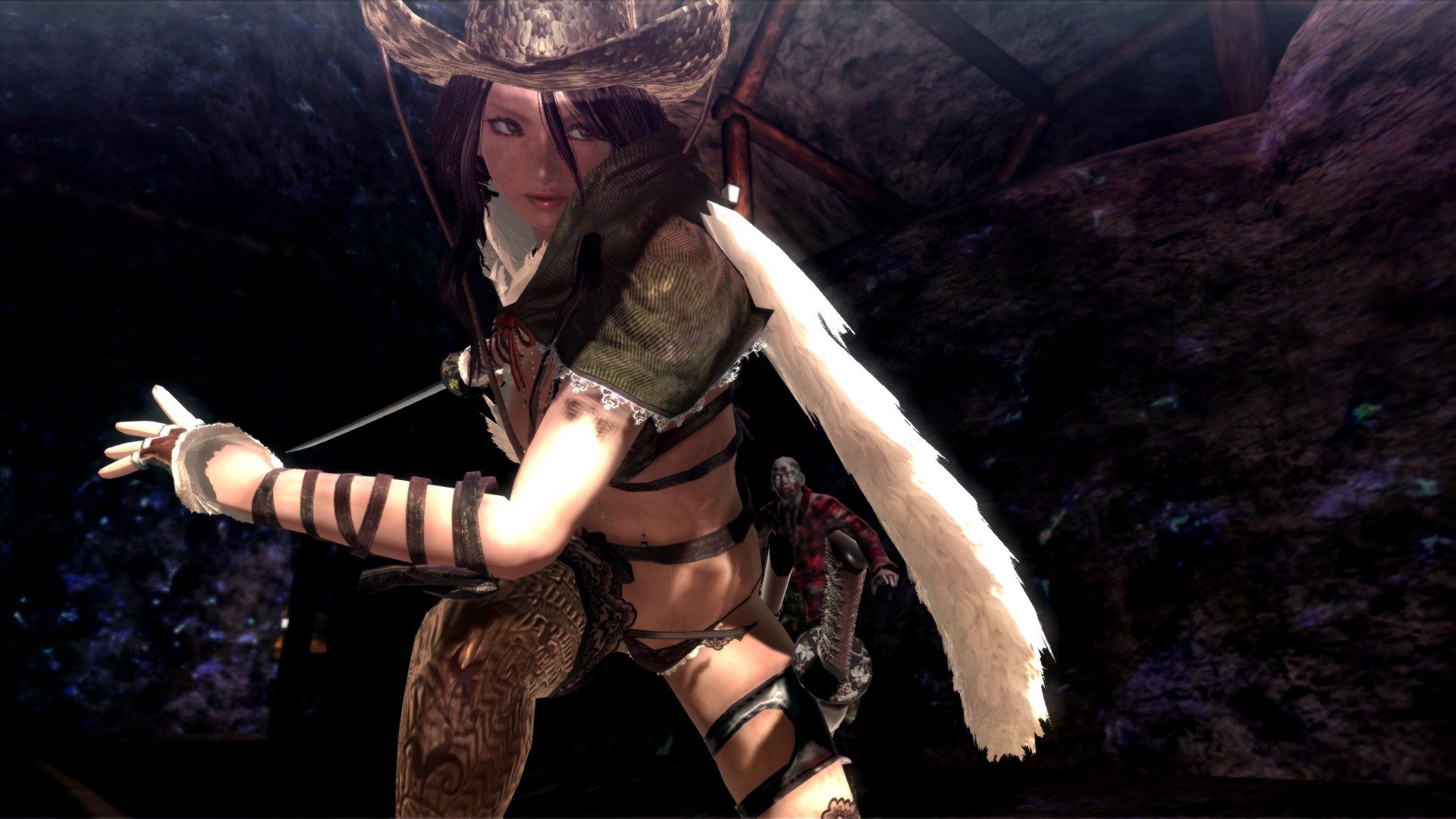 Onechanbara Z2: Chaos, being the direct sequel to a game that never released on western shores, has a story that isn’t easy to follow. Jumping into the adventure essentially in media res, you have to play a bit of catch-up, piecing together morsels of dialogue with information from loading screens and the accompanying art book to really get a good feel for what’s going on here.

In short, familiar faces Aya and Saki aren’t exactly the best of friends with newcomers Kagura and Saaya. Coming from rival clans, Banefuls and Vampirics, the duos crossed swords in the prequel, but now find themselves forging an unlikely alliance to stem a worldwide zombie outbreak.

The ensuing adventure isn’t exactly riveting, but the localization team at XSEED did its best to ham up an otherwise banal scenario. Combat is clearly the main attraction here, which is an area where the series has made some progress since its last appearance in the West. 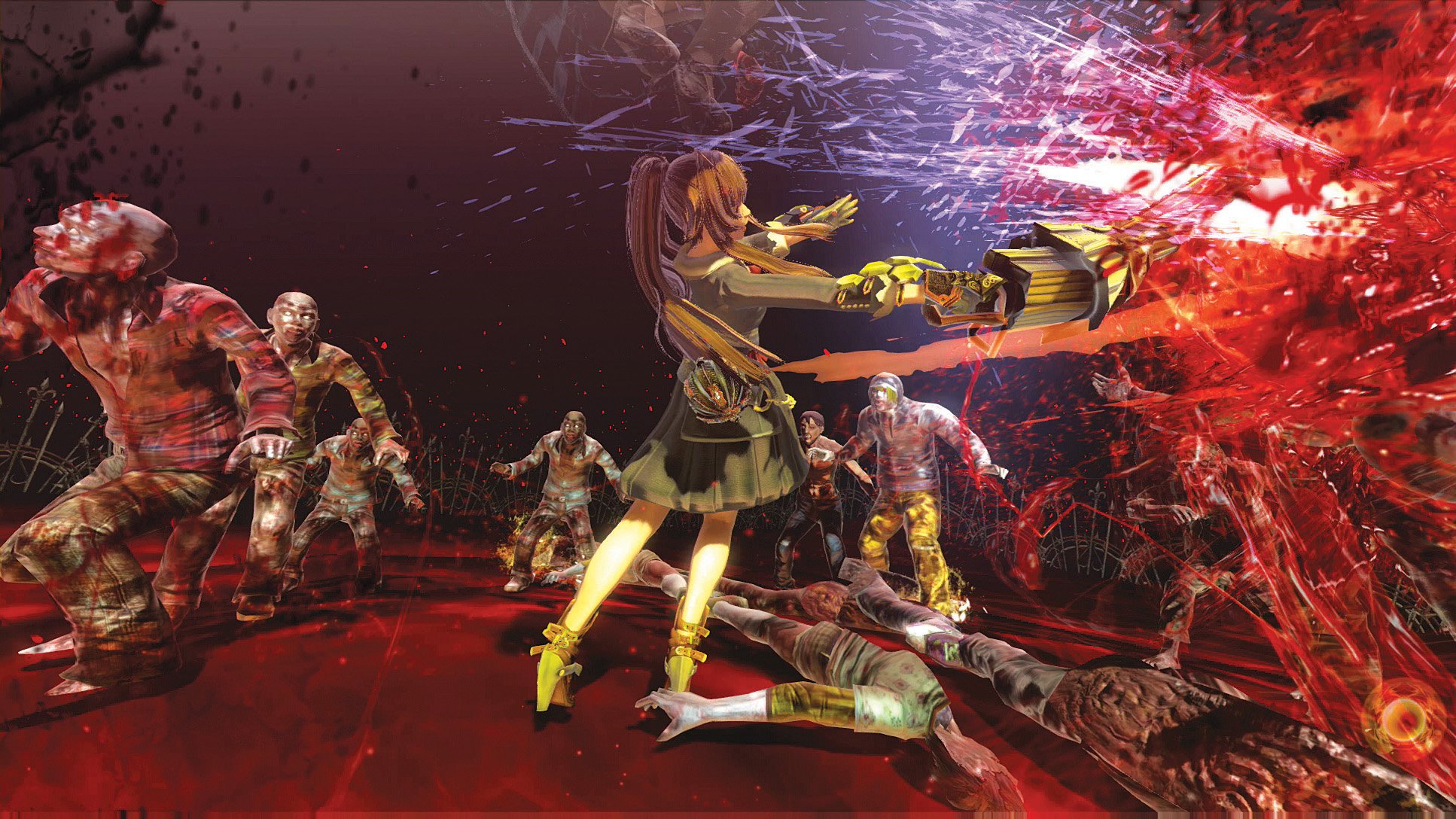 The combat system is straightforward, but has a few wrinkles to it. In the beginning, the game essentially instructs the player to button mash, suggesting you hammer on the square and triangle buttons and see what works. A full list of attacks and combos can be found in the menus, more of which can be unlocked between missions and mastered in practice mode.

Of course, the series’ trademark blood meter returns. As you dispatch zombies, weapons will get progressively more crimson, necessitating periodic cleaning to remain effective. On the other side of the coin, enough carnage will send characters into a frenzy, causing a spike in offensive power at the cost of gradually diminishing health. You need to pay attention, lest suffer the consequences.

The four protagonists can be tagged in and out of battle anytime, which players can use to their advantage in a number of ways. One character can set up a combo for another, and since all of them have vastly different movesets, this freedom opens up a lot of possibilities. For example, one of my favorite things to do was lock a group of enemies in one of Saaya’s lengthy chainsaw attacks, then bring in another character to perform a devastating double team maneuver. 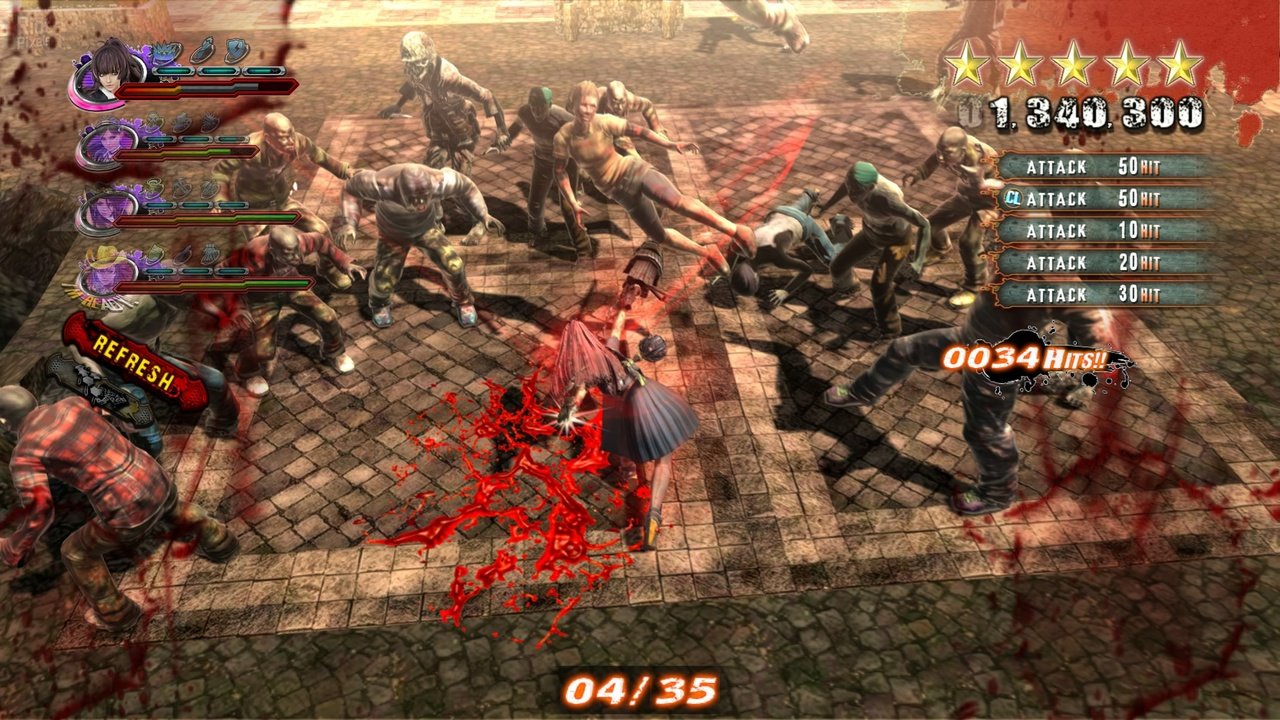 Sadly, the solid mechanics are wasted on an ecosystem that isn’t treated with anywhere near the same level of care. Onechanbara Z2: Chaos has a linear and repetitive mission structure that funnels players through corridors and locks them into arenas at regular intervals. In these arenas you’ll need to kill every last zombie, as they respawn ad nauseam, until you’re allowed to pass.

Most of the enemies don’t pose a threat on their own, but instead rely on sheer numbers to impose any sort of challenge. A lone zombie often won’t attack for seconds at a time. They can also get hung up on terrain or spawn outside the combat zone, which leads to a frustrating mini-game of sorts where you’re forced to play hide and seek with stragglers in order to proceed.

This is exacerbated by the fact that basic grunts can blend in with their environments. The visuals are all over the place, ranging from pretty decent to downright abysmal, with the zombie hordes and background graphics obviously falling on the low end of the totem pole. 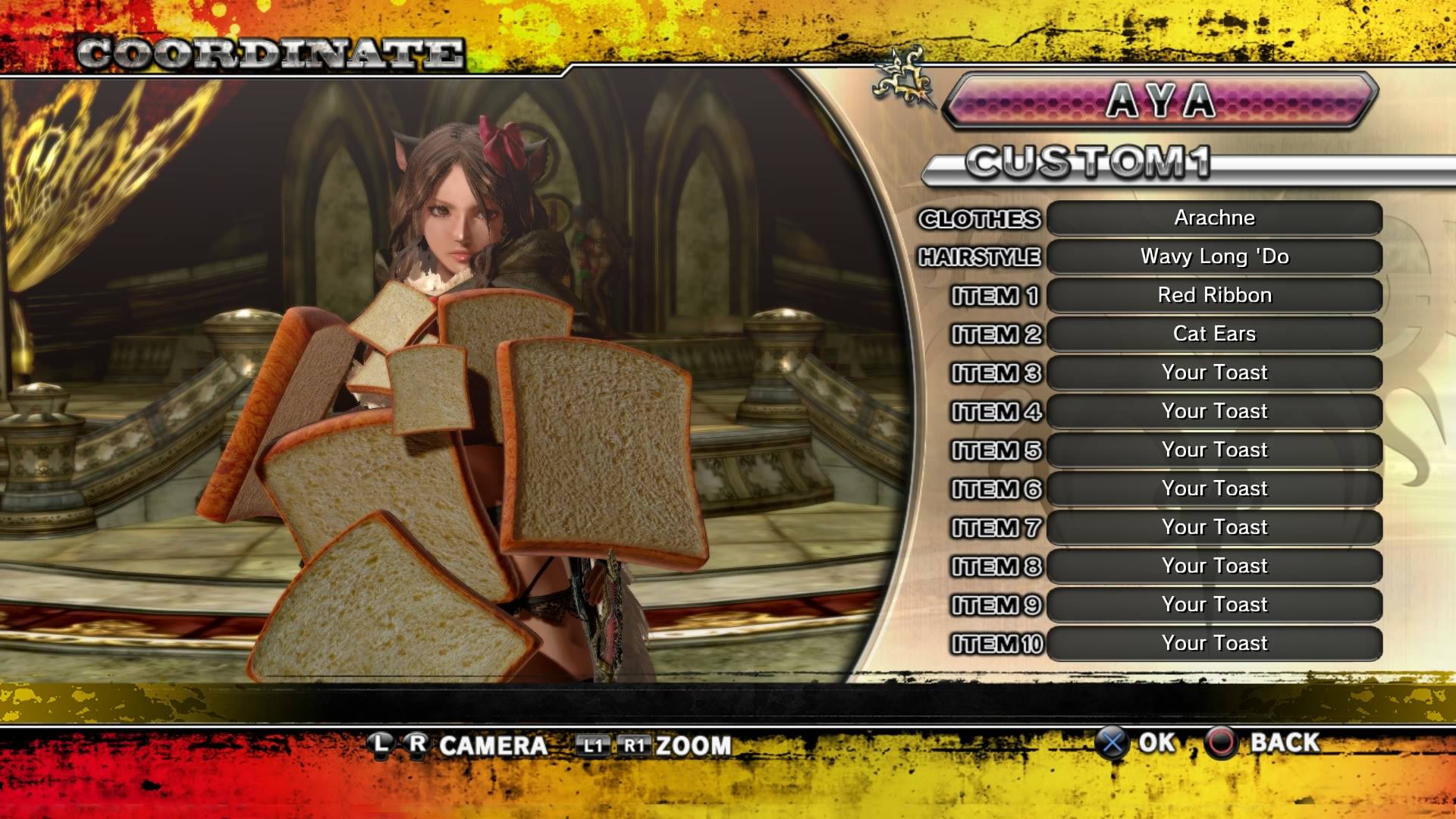 The character designs and accompanying sexual fan service are on the other end of the spectrum.

There are a variety of lewd outfits players can unlock, or purchase in the case of the shameless “Strawberries & Banana DLC costume,” in which the heroines might as well be nude. It’s pretty disheartening this is where Tamsoft decided to focus its efforts, rather than to improve the core game.

This game feels like it has tunnel vision; it’s a product where some aspects of the experience are given incredible attention to detail, while others feel like they were lifted from something found in a PS2-era bargain bin. Just as often as I found myself enjoying Z2:Chaos for its pulsing soundtrack or slick combat, there were times where it embarrassed, aggravated, or bored me to tears.

Onechanbara Z2: Chaos could have been decent, but it seems content to revel in mediocrity.