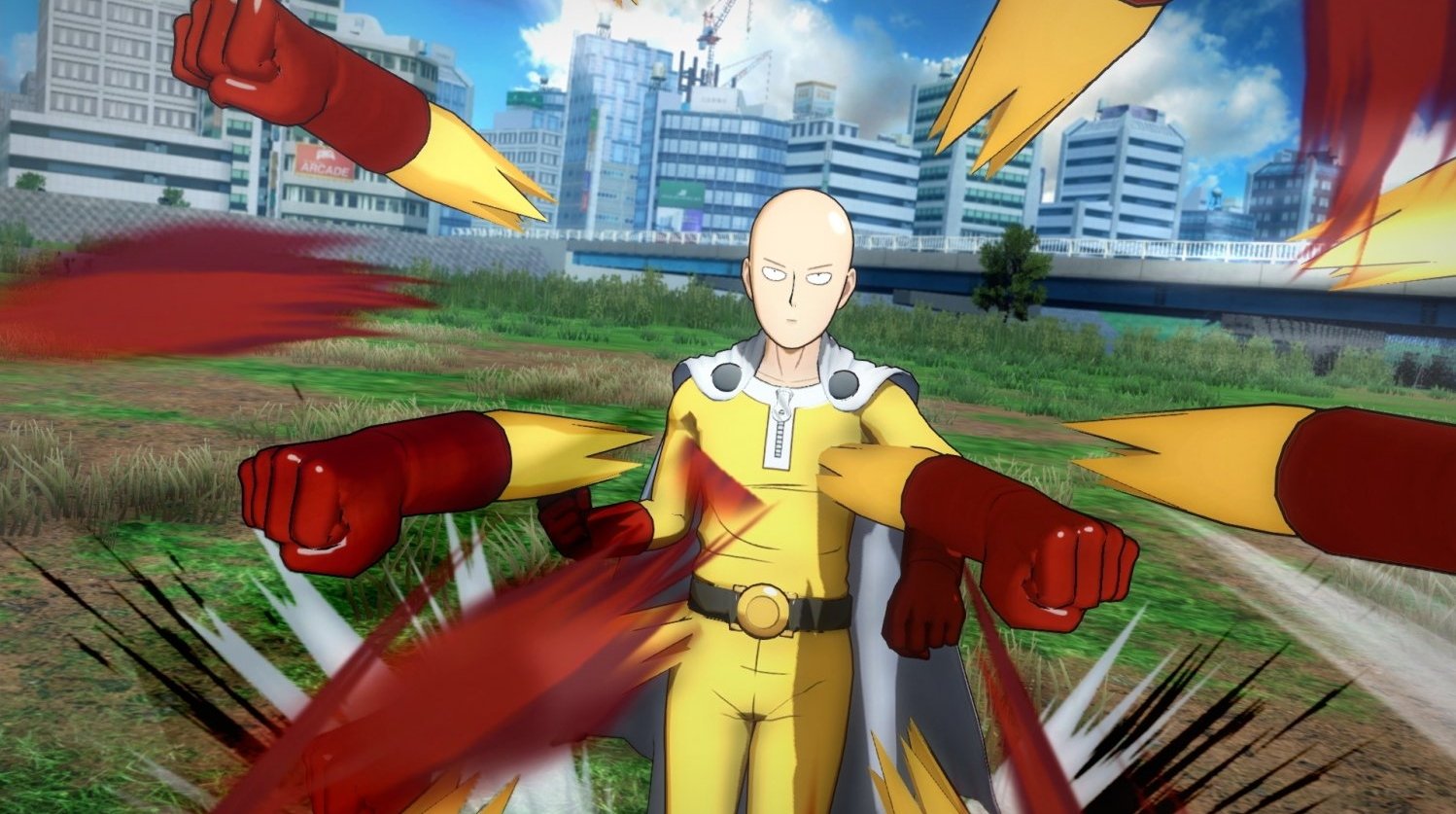 How do you make a game about a character that’s literally invincible and unbeatable?

It’s a problem everyone that’s thought about making something about Superman has had to face, and it’s a problem that Spike Chunsoft is also saddled with. They’ve made a game based on One Punch Man, a manga whose main character, a bald fellow named Saitama, is so strong that every fight he’s ever been in, be it against muggers, gods, or rogue meteors, has ended in a single blow.

It’s not much of a stretch to say that a fighting game where one character is – by design – literally impossible to beat wouldn’t be very much fun to play. And yet to somehow power Saitama down would be an even bigger betrayal of the source material.

What does one do? 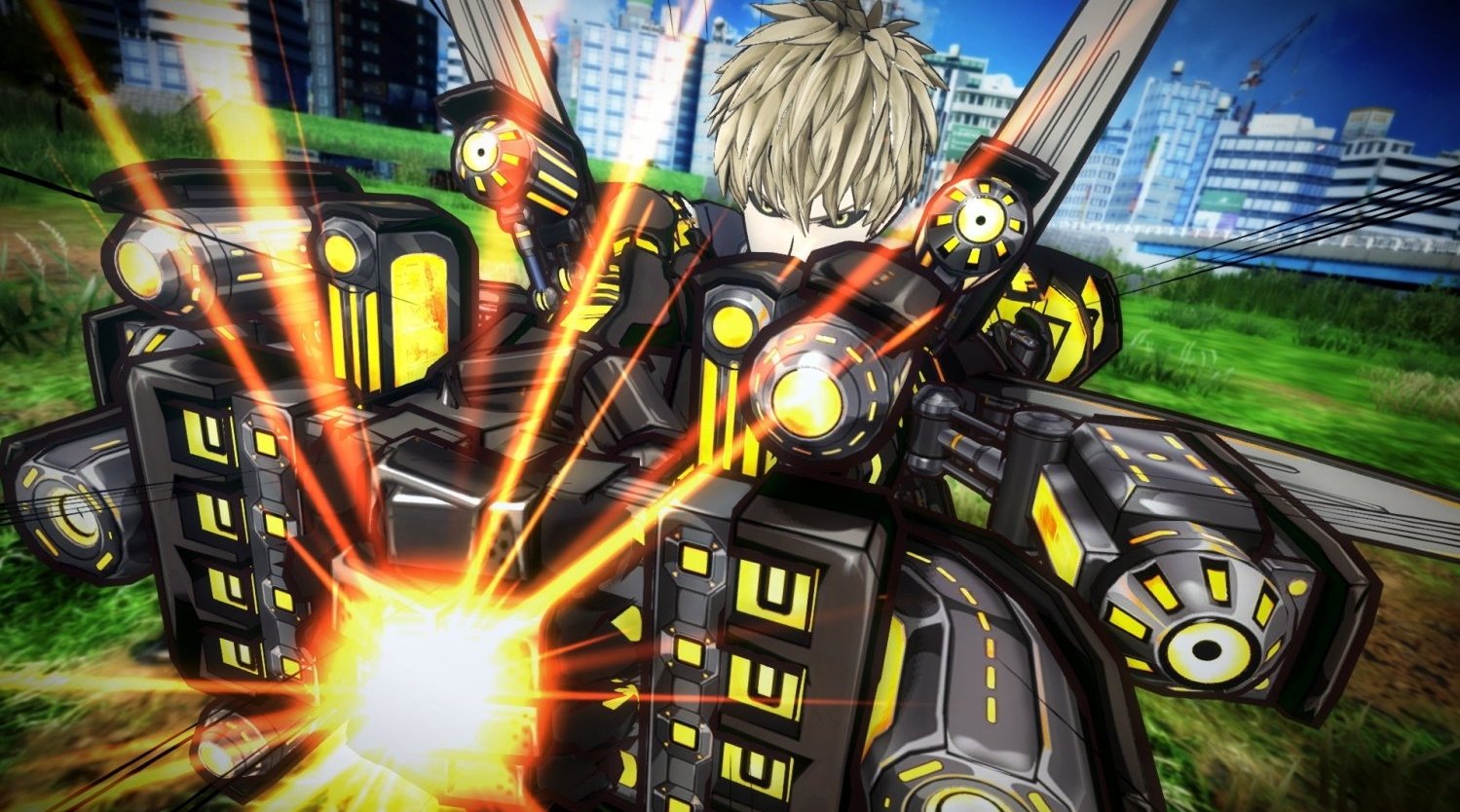 It seems that Spike Chunsoft, in making One Punch Man: A Hero Nobody Knows, opted for a similar solution to Saitama’s omnipotence as the manga’s author ONE did: Make Saitama effectively a side character in his own show. Indeed, over the course of my ten-odd hours with the game so far, I actually controlled Saitama himself only a handful of times.

Indeed, the One Punch Man himself is more of a power-up than a playable character in most cases. During a fight where he’s set to show up, he appears on a little picture-in-picture window alongside a timer that counts down. Controlling a less powerful character – usually my own custom-created hero – leaves me with one objective: to hold out until Saitama arrives. Landing perfectly-executed combos and well-timed guards can reduce the timer somewhat, but once Saitama tags in, the fight’s effectively over. Just one blow will do any enemy in, as God and ONE intended.

The above description makes the game sound pretty simple, and in some respects it is. As an arena fighter, it prefers simplistic inputs and prioritizes flashy moves and easy combos over complex execution. Much of the focus is on setting up juggles or combos that a foe cannot break out of easily, or timing a push for when an opponent lets their guard down. Randomized stage events, like the sudden arrival of another villain, hero, or meteor strike, add additional chaos to the mix. The visuals are also snappy and special moves appropriately impressive, though I’ve found that movement, like wake-up recoveries and dashes, looks oddly floaty and imprecise.

Besides the core fighting, One Punch Man: A Hero Nobody Knows is surprisingly deep for being built on what amounts to a joke premise. Essentially, the structure of Spike Chunsoft’s previous fighter, Jump Force, has been applied onto the setting and premise of the One Punch Man manga. 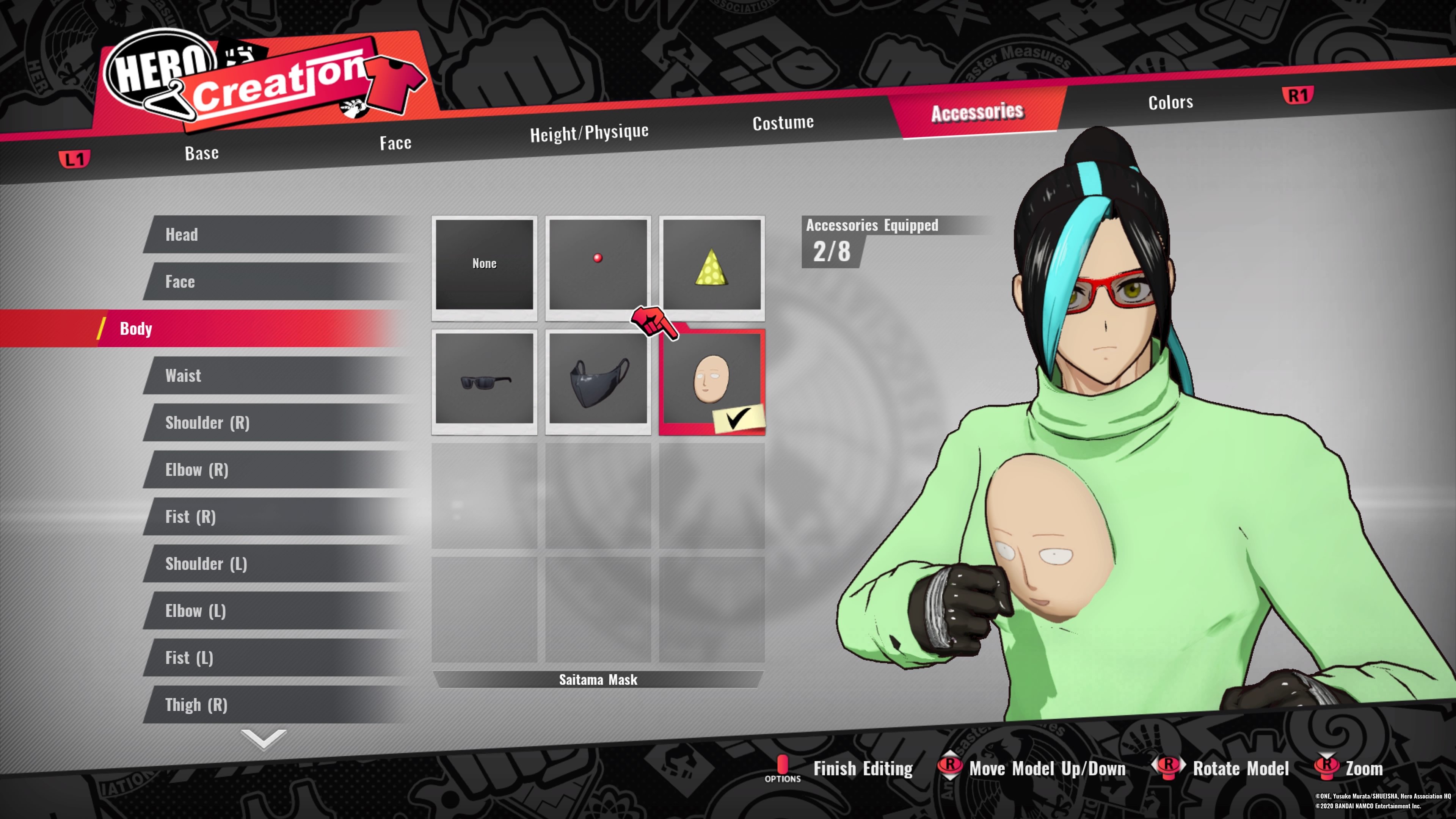 Players control a custom character newly recruited into The Hero Association, and are tasked with working their way up the ranks. On the way up, they’ll do missions, run fetch quests, and walk around a hub area interacting with named characters from around the One Punch Man universe. Folks like Stinger, Silverfang, Hellish Blizzard and Terrible Tornado, and even a few originals like the tutorial-spouting Lecture Man are on offer. Players will also cross paths with Saitama and Genos, inserting themselves into the major events of the first season of the TV series, not unlike a sort of anime Forrest Gump.

Initial customization options are rather pitifully limited, but the wardrobe expands as players earn more prestige and climb the hero rankings. Before long, they’ll be able to create clones of any of the named characters, as well as a few truly original monstrosities. That said, a clear limitation on budget means the custom character creations won’t ever reach the level of what I’ve seen in matches of Tekken 7, Soul Calibur VI, or even Code Vein. Other customizations, like move sets drawing from the named characters’ repertoires, or the ability to decorate a personal apartment, add more flavor to the proceedings. 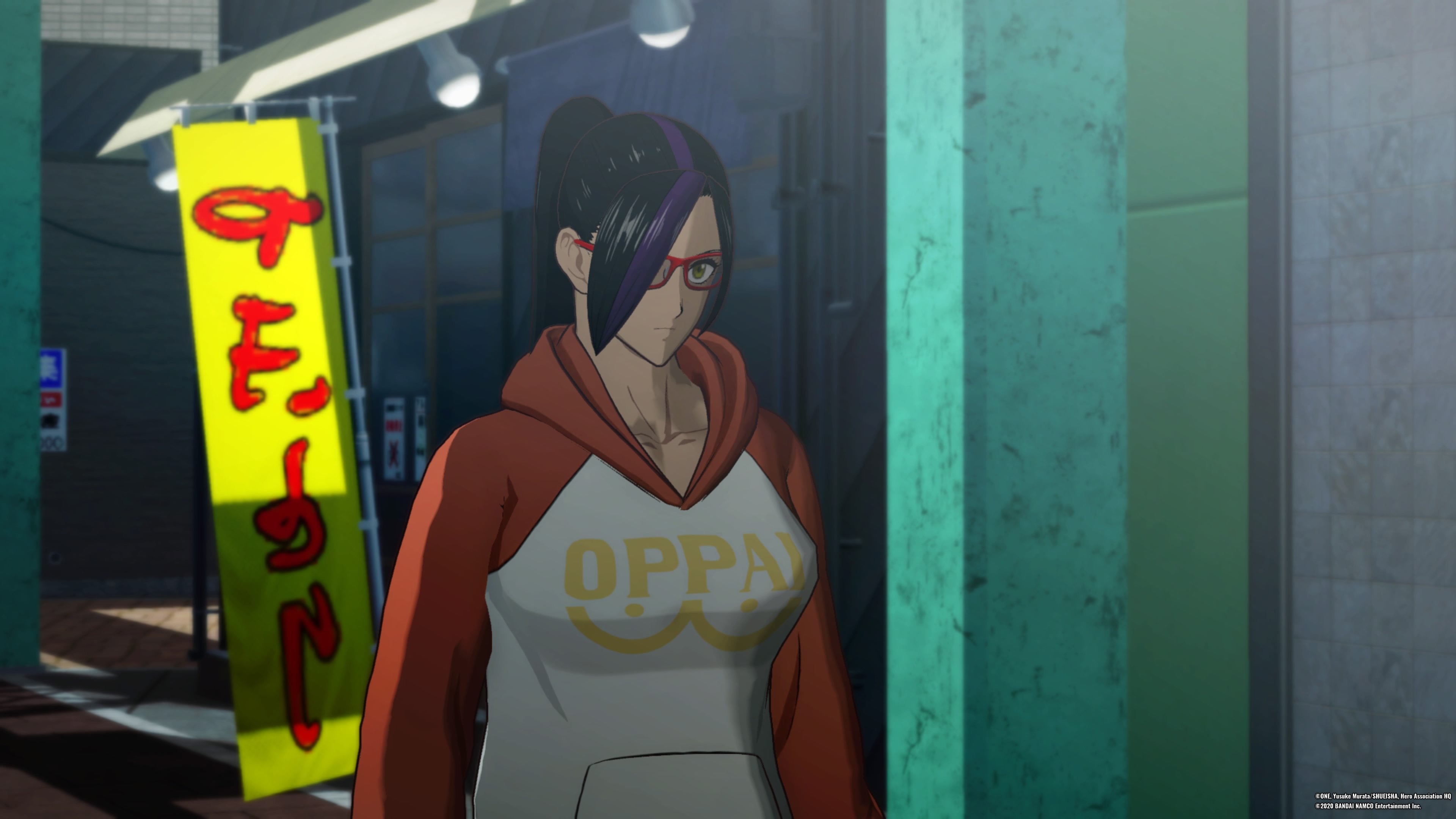 This could also be said for Jump Force, but for my money this angle works a lot better for One Punch Man‘s setting than it did for Shonen Jump‘s crossover nature. Fundamentally, being the titular “Hero Nobody Knows” fits well with One Punch Man‘s running themes of doing the best you can with what you have. As previously noted, Saitama – thanks to his overwhelming power – is often a supporting character in the various storylines, while everyone else, including his disciple Genos, struggles and strives for victory.

In their own way, players end up a sort of cipher version of Mumen Rider, the most mundane canonical cast member. Like Mumen Rider, the player comes up from nothing, but unlike him, their hard work leveling up and running fetch quests will eventually let them cross paths with – and perhaps surpass – the strongest of the strong. All except Saitama, of course.

To that end, it’s more charitable to see One Punch Man: A Hero Nobody Knows as more of a Hero Association RPG than a fully qualified fighting game. You won’t be seeing it on the main stage at EVO anytime soon, but you can at least have a fun few hours raising your own hero.