Many years ago I was over at a friends house eating ham and cheese Hot Pockets as we just lounged about like the lazy tweens we were. After we were done burning the roofs of our mouths, he asked me if I wanted to watch a cartoon called Dragon Ball Z. I had heard of the show before but never watched it.

Back then, my jawn was Rugrats and Doug. I agreed and proceeded to sit through an incredibly boring half hour episode where two characters just talked about how they needed to get more powerful for the fight ahead. By the time the credits sped by, I realized I wasn’t going to see this fight. I would have to wait until next week’s “exciting” episode and even then the promise of an epic battle may not be fulfilled.

For the next 17 years or so I avoided Japanese cartoons like the plague, only recently opening myself up to them with Attack on Titan. So when I was asked if I wanted to review the new One Piece game, I worried I wouldn’t be able to follow it because nearly two decades of aversion to anime had left me ignorant to what I would come to find out is the most popular manga of all time. Not one to back down from a challenge, I agreed. After the short campaign, I was relieved for find my unfamiliarity with the subject matter did not hinder my ability to enjoy the game.

No, my inability to enjoy One Piece: Burning Blood rests solely with the combat. 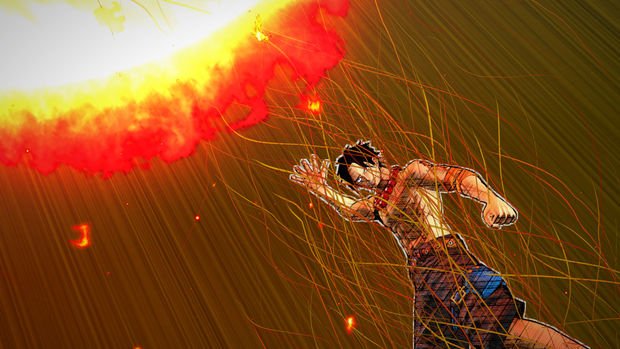 The story mode for One Piece: Burning Blood takes place during the Paramount War arc of the franchise, a storyline I would later learn was a pivotal moment in the series for protagonist Luffy. In short, Luffy’s adopted brother Ace has been taken by the Marines and is set to be executed in Marineford. The story starts right at the beginning of a doomed rescue attempt with Luffy and the Whitebeard pirates.

For fans of the series, that last paragraph probably made total sense. For those unfamiliar, it probably sounded like gibberish. Several days ago I would have thought the same thing, but this pamphlet-sized story mode does a thorough job of explaining the significance of the moment. That’s because all four chapters just retell the same story from four different perspectives. You’ll come to know this incident well as many of the cut scenes are reused multiple times without edit.

Is that good story-telling? Probably not, but at least I now know the most important events in this moment of One Piece history. Sure, there is still a lot that isn’t explained, like vivre cards, why Whitebeard can break the air, what the One Piece is, or who the hell is this creepy looking Dr. Frank-n-Furter knock-off. But as someone unfamiliar with the series, I didn’t walk away from it flabberghasted, so let’s go ahead and put the campaign in the win category.

The combat, on the other hand, is decidedly in the lose category. Based off the previous Spike Chunsoft game J-Stars Victory Vs+, it’s a simple affair. It’s pretty generous to call this a fighting game as it plays more like a brawler. Each of the more than 40 characters control roughly the same, so if you master one you’ve basically mastered them all. Normal and unique attacks use square and triangle respectively while jumps and block/side-step are mapped to x and circle. Pulling off a special move is as easy as holding down R1 and pressing another button.

Those are the basics, with more advanced techniques that don’t really add much to the experience outside of annoying you when computer opponents pull off these moves with ease. The control guide in the pause screen is all but useless, feels incomplete and opts to not to list the buttons but instead the type of the move (normal, unique, block, etc.). Even without a competent quick-reference guide, I image nobody will have trouble learning the combat. Mastery of the fighting engine rewards players with spectacular looking battles. Fights are always visually engaging with plenty of flair to dazzle the senses, and the stages are bright, colorful and quite lively. 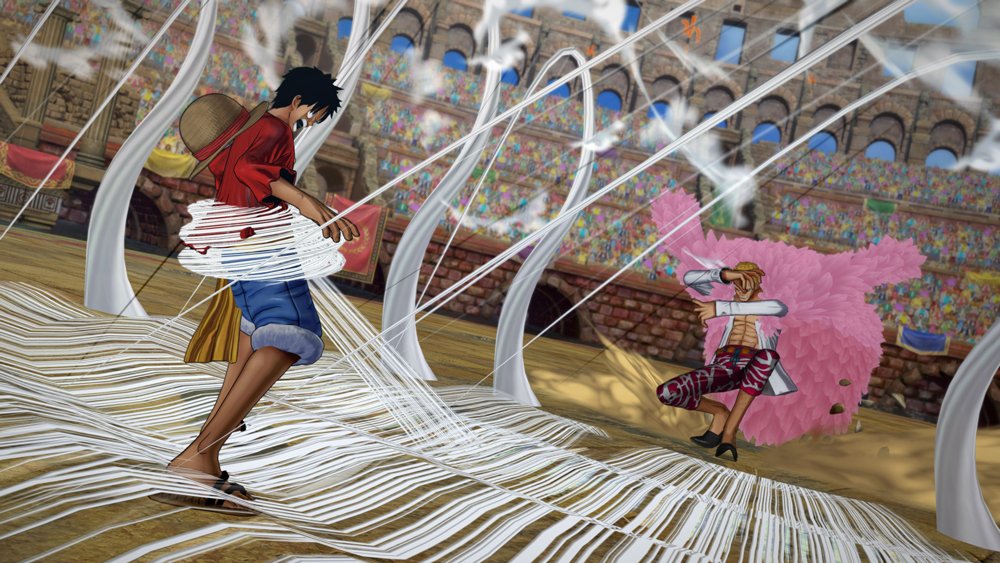 Unfortunately, no matter how flashy and anime-like the combat may be (and it is beautiful to behold), it never clicked with me. There isn’t much room for improvisation, and the depth is firmly in the shallow end of the pool. For many of the story missions, I was able to spam the normal attack button to victory, only finding a challenge with battles against some highly unbalanced characters. Difficulty spikes are normal, and it wasn’t uncommon for me to fight against an enemy who would kill me in a matter of seconds. The first second of the fight, I would learn, was the most important.

The only thing worse than having to fight against overpowered opponents are the missions where you have to run away. Several times throughout the campaign you’ll have to survive for 30 to 90 seconds as a much stronger combatant chases you down. Attacking and blocking can work here, but I often found just running around these massive stages was the best way to assure completion of the challenge.

Beyond the campaign is an assortment of online modes, including standard ranked matches and a Pirate Flag Battle mode similar to Mortal Kombat X‘s clan feature. There is also the Wanted Versus mode, which challenges you to beat foes while following a specific set of rules. The ranked battles provided the only semblance of fun in the game as playing against real people is a lot less cheap than the sometimes unfair AI. I didn’t experience any slowdown while online, though I had a hell of a time connecting with anyone in the Pirate Flag Battle mode (which does allow you to play against the computer). 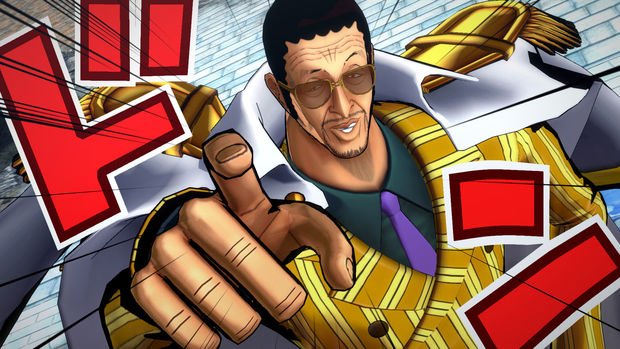 I’m not a fan of One Piece: Burning Blood and it’s not because of the unfamiliar source material. The combat here just isn’t that fun, and no amount of colorful anime action will change that.